Sharbendu De gives us an idea of the complexities involved in the documentation, representation and display of a marginalised community, in this case, the Lisu tribe in Arunachal Pradesh. 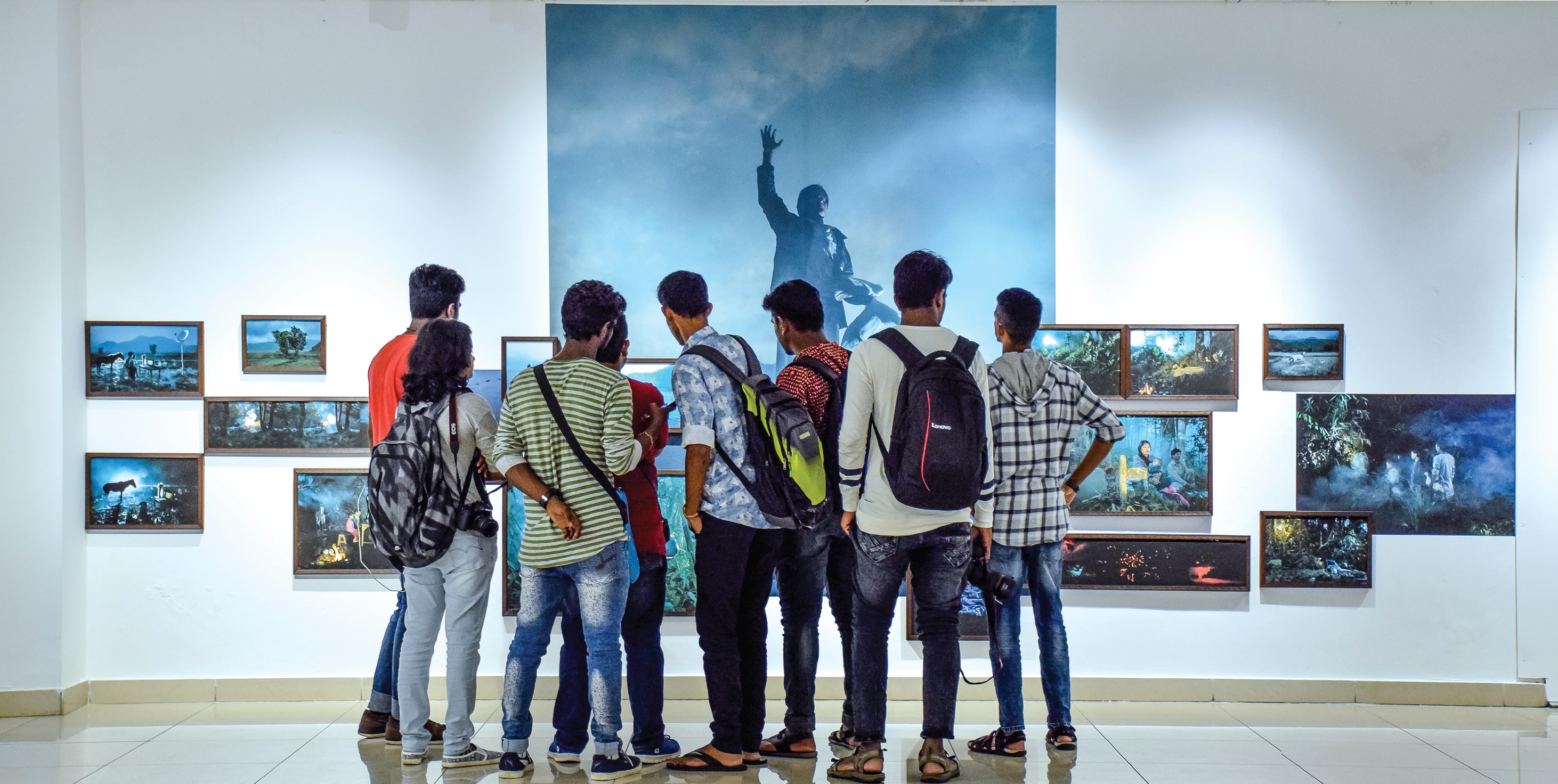 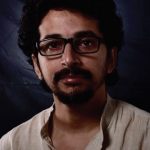 Back in 2011, I remember looking at the pictures I was taking, with a certain disdain. Every time I looked, I did not feel ‘at one’ with them. They seemed to have come from anyone, anywhere. I had no voice. Not yet, at least.

Almost five decades ago, in the 1970s, Susan Sontag, in her seminal book titled On Photography, cautioned everyone of the corrupting influence of ‘concerned photography’. “Concerned photography (or social documentary photography) has done at least as much to deaden conscience as to arouse it.” She further expanded on that thought… “To suffer is one thing; another thing is living with the photographed images of suffering, which does not necessarily strengthen conscience and the ability to be compassionate. It can also corrupt them.”

Four decades later, in 2009, during a lecture at the University of Westminster, David Campany, who was my professor, alerted us to the perils of mindlessly toeing the line that had long been drawn by our photographic predecessors. “The photograph can be an aid to memory, but it can also become an obstacle that blocks access to the understanding of the past. It can paralyse the personal and political ability to think beyond the image in the always fraught project of remembrance,” he said. But I had forgotten these warning bells when I began photographing rural communities and natural disasters thereafter. I continued on the same path of photojournalism and social documentary photography, without questioning my pedagogy.

Desperation was on the rise. At the 2011 opening of Dileep Prakash’s What Was Home, at Photoink, I enquired to Devika Daulet Singh as to how long it takes for
a photographer to establish himself. “10 years,” she said. That day, I decided to give myself 10 years to find my voice. 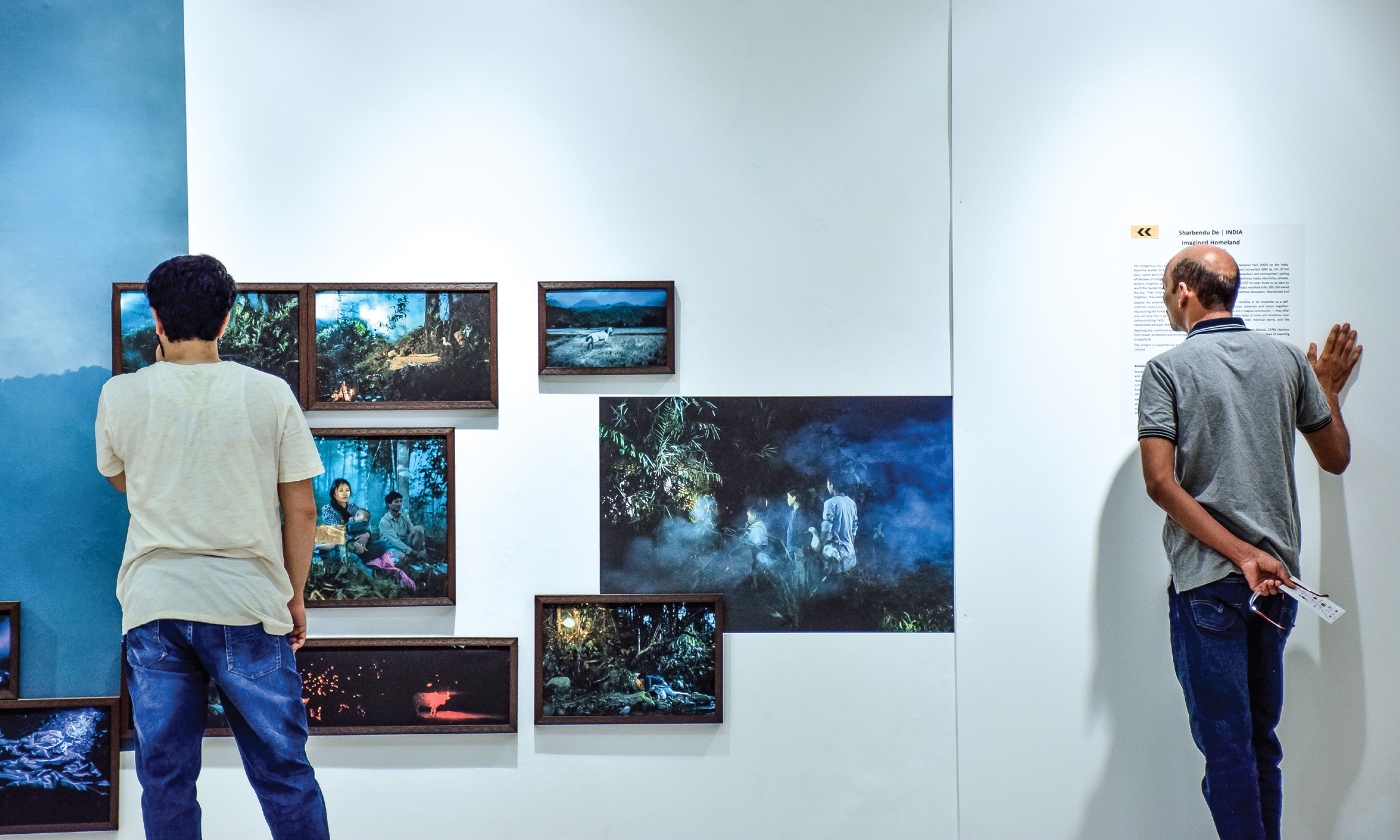 Fortuitously, a rare window welcomed me into the academic world at the AJK Mass Communication Research Center in New Delhi—I began teaching photojournalism in Jamia Millia Islamia. The academic engagement with the students challenged me everyday (and continues to do so)—their doubts, anxieties, questions, and confrontations opened new doors of perception. So I continued reading, teaching, and building my voice alongside my practice, while Sontag, Campany, Sekula, Burgin were there to aid me along the way.

This year, in September, my six-year-long (and ongoing) project Imagined Homeland made its debut in India, at the Indian Photography Festival (IPF), Hyderabad. I had teamed up with the German artist Boris Eldagsen, who curated the work. I had met him last year during a workshop at Chobi Mela, in Dhaka. Since then, we’ve kept in touch, mostly with Boris looking at my work from time-to-time, advising, and helping me make important edits to it. Soon after, we found ourselves brainstorming over ideas on how best to represent what I had shot, for the exhibition at IPF.

The Thought Behind the Project

Imagined Homeland is a representational project using visual, aural, and textual mediums on the life of the indigenous Lisu tribe living in the intractable forests of Namdapha National Park (NNP), on the India-Myanmar border of Arunachal Pradesh.

In 1983, the Indian government converted 1985 sq km of the Lisus’ native land into the Namdapha National Park, without consulting them. They declared them as ‘poachers and encroachers’, therefore setting off decades of marginalisation. They survive in a largely unadministered terrain, with no roads, electricity, schools, doctors, hospitals, phone network or most modern amenities. They have to trek about 120km to 157km, over three to six days, each way, to reach the nearest town called Miao. Their children die without access to treatment, and grow up without education. They are abandoned and forgotten, suffering, alone and waiting.

Despite the adversities, the Lisus’ cohabit symbiotically with nature. They mourn for their dead, treat their sick, build each other’s homes, pray and celebrate together, reveling in the mysteries of nature. With Imagined Homeland, I have attempted to portray this. 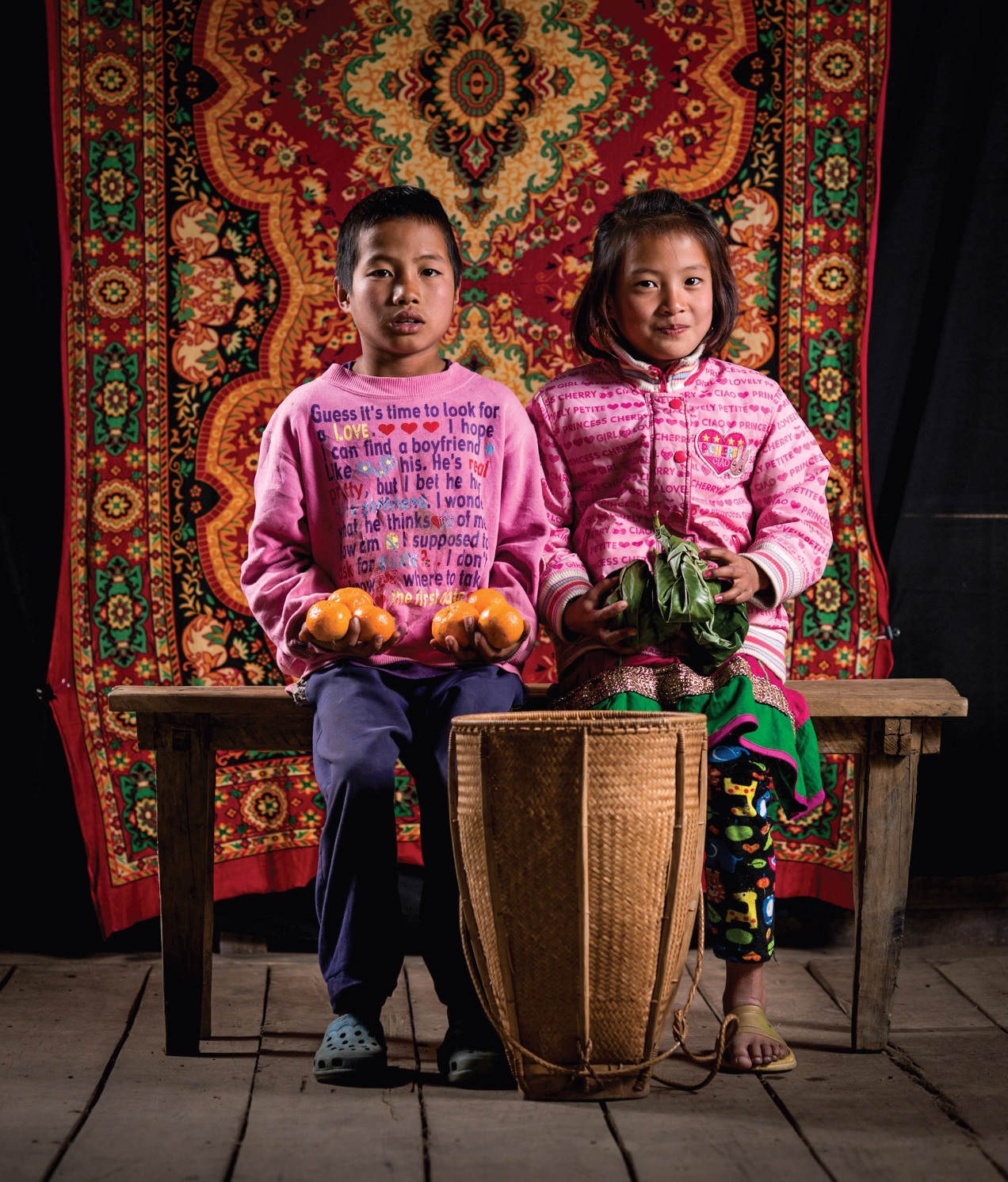 My Approach to the Project

The canon of colonial-anthropological and travel photography is guilty of a prejudiced gaze focused on exoticising communities on the basis of race, colour, and rituals, thereby constructing a skewed repertoire, without providing meaningful understanding of the communities being documented. I wanted a way out of this. But I started with the clichés and stereotypes, while following the classic approach. I explored ways to represent the Lisus in a meaningful and dignified way.

“Instead of resorting to spectacle, I adopted poetic aesthetics to evoke an aura of the mythical world of the Lisus, by borrowing from dream symbolism, to explore the relationship between humans and nature.”

Guided by the Jungian philosophy and the poetic aesthetics of Andrei Tarkovsky, I wanted to find a way to portray the sensory experiences felt by the Lisus. I adopted poetic aesthetics to evoke an aura of their mythical world, by borrowing from dream symbolism, to explore the relationship between humans and nature, instead of resorting to spectacle. I referenced archetypal interconnections between man, animals and nature to portray their state of mind—their grace, their despair, their relationship with nature, their gentle stewardship of their animals, and their ability to find light in the darkness. The idea was to represent their mind and spirit over their body. 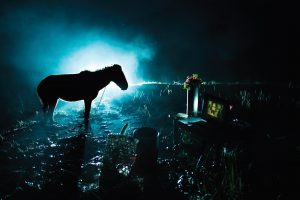 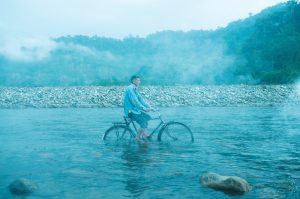 For the curation, when Boris and I began discussing, we were mindful of the complexities of the story, that there was no beginning and end. We were clear not to preach, or offer solutions, or get activistic. Their life is a mesh, a complex web conjoined in an endless cycle of waiting, suffering and loss. As opposed to the linear chronological formats with uniform sizes and materials, Boris’s curation reflected this complexity. We introduced a mix of different formats including diptychs, panoramas and a layering of wallpapers and framed prints jutting out of the wallpaper… The layering of things, the borders getting blurred as different forms mixed, merged and overlapped over each other.

I was mindful of the concept of time in India being ‘cyclic and not linear as followed by the Judaeo-Christian and Islamic traditions’ (T. Romila, Time as a Metaphor of History; OUP 1996), and felt how the story and this philosophy of time blended with each other. Our brain and memory do not follow chronology; they go back and forth. Our curation attempted to reflect something similar. 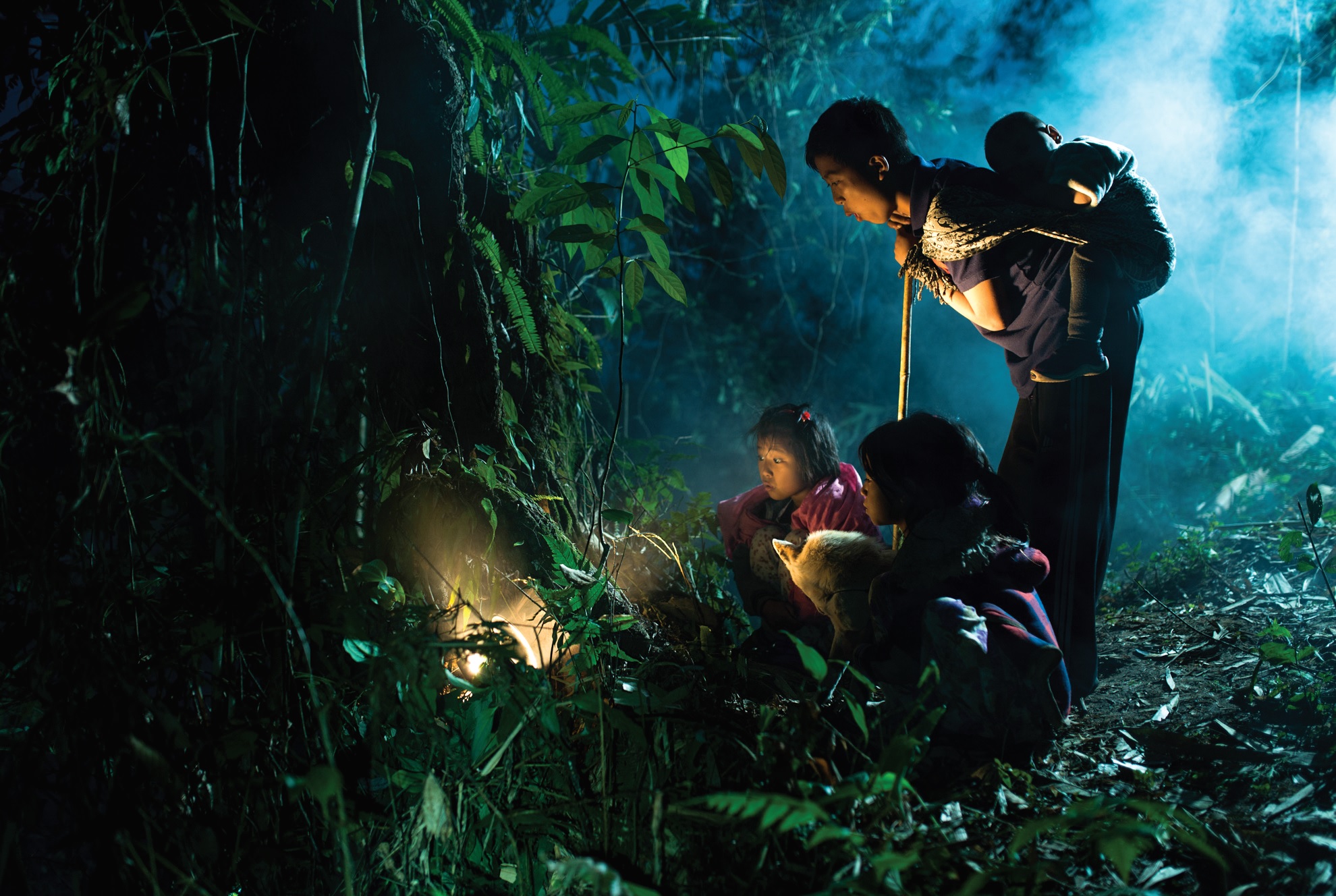 The images are rife with symbols. Codes are strewn all over the work. For instance, in a photograph, members of a community comprising a man, a group of children and two ducks sit in the middle of a forest staring into a television. Situating the family in this forest where they’re comfortably sitting suggests that they have been here for long. This impression is further cemented by the presence of a functional television set placed on a table, akin to a house setup. Except that the scene is unfolding in the thick of a forest. What are they doing here? Do they literally live in the forest under the open sky as the image suggests? If that is so, then how do they cope with rain and inclement weather? What are the ducks doing there?

Today, a television is solely seen as a mode of entertainment. While it is so, it is also true that it brings news and word from all across the world to us. Is it possible that this family is hanging onto this television set as their sole medium to remain connected with the outside material world? On the surface, the image is simple and beautiful to look at, but is layered with codes. For the viewer to derive more from it, a deeper engagement from them is required. Else, they’ll just pass by after having contented themselves with yet another selfie.

In South Asia, myths and symbolism were extremely prevalent cultural signifiers, but have now dwindled from lens-based practice under the influence of western aesthetics. Carl Jung spoke of symbolism and mythology as ‘the natural languages of the unconscious’. In Man and His Symbols, he writes, “A symbol may be familiar in daily life, yet it implies something vague, unknown or hidden from us. Thus, a word or an image is symbolic when it implies something more than its obvious and immediate meaning. It has a wider “unconscious” aspect that is never precisely defined or fully explained. Nor can one hope to define or explain it. As the mind explores the symbol, it is led to ideas that lie beyond the grasp of reason.” Jung’s theories offered new perspectives and frontiers of
imagination by influencing my vision.

Together, Boris Eldagsen and Sharbendu went with a rather unconventional approach when it came to the display of the work. By employing a variety of different photographic size formats, they attempted to convey the various complexities and the vicious cycle of suffering and loss that continues to plague the Lisu tribe. Image courtesy of the Indian Photography Festival, Hyderabad.

In another photograph from the exhibit, Nisa, a young girl is sleeping alone in the middle of the forest at night. She is accompanied by a duck—her lone companion—a fireplace, along with some bananas and oranges. Behind her, on the bark of a tree, a wall clock hangs, but the arms of the clock are missing (noticeable only when the picture is blown up). What happened to ‘time’ in this part of the world?

Believed to bear mythical qualities that connects heaven and Earth, ducks recur throughout the series, symbolising the desire for a place where myth and the modern can cohabit. Similarly, the forest, horses, television (its light), winter fog and darkness… serve as portent metaphors. The polysemic images, ambiguous and archetypal, I believe, tap into our intimate childhood memories, therefore making it personal.

Continuing the work became possible, thanks to an Art Research Grant supported by the India Foundation for the Arts (and Titan Company Ltd.) in 2017. In recognition of its conceptual merits, Imagined Homeland was recently awarded the Lucie Foundation Photo Made Grant 2018.

Over the last six years, I have trekked for hundreds of kilometres, slept in the forest under a tarpaulin sheet, survived freezing terrains with minimal resources for months, often completely cut off from family and the rest of the world. This year-end, I shall venture into the forests of Namdapha, once again. For a few months, I shall slip off the world’s radar to reunite with my cherished Lisu friends. To find a way out, I must go in. Deeper. As must everyone else.

Imagined Homeland will be exhibited next year, as part of a group exhibition, at the FORMAT19 Festival, in the U.K. Visit www.desharbendu.com to view the rest of Sharbendu’s work.