Each crystal was photographed by Bentley on a blackboard and it was cautiously placed on a microscope slide. Photograph/Wilson Bentley

Siddhi Desai uncovers the relentlessness and fanatic vigour for discovery behind the visionary Wilson ‘Snowflake’ Bentley. In an article in Popular Scientific Monthly, 1898, Bentley exclaimed, “Was ever life history written in more dainty hieroglyphics!” Photograph/Wilson Bentley

Author Charles Bukowski had once said, “Find what you love and let it kill you.” For Wilson Bentley, his passion didn’t just take his life, it became the purpose of his life. In the small town of Jericho, USA, Bentley discovered the world of ice crystals and found out that no two snowflakes are alike. His work in photomicrography contributed not just to science and meteorology, but it was also a work of art that made the world realise that the wonders of nature are boundless. Even at subzero temperatures, the snowflakes would quickly sublimate and Bentley would have to work accordingly. Photograph/Wilson Bentley

A Curious Mind
Bentley began documenting snowflakes at the age of 15, when he would look at them through an old microscope and then draw them by hand. This was not easy, as the snowflakes would melt or sublimate before he could finish his documentation. A year later, he read in an encyclopaedia that a bellows camera could be used with a microscope, which piqued his interest in the subject even more. After his parents begrudgingly gave him a camera, he began his experiments.

The snow crystals teach us that all earthly beauty is transient and must soon fade away. Bentley kept his snowflake collection to himself for 13 years. Photograph/Wilson Bentley

He knew nothing about photography, but he never gave up the pursuit. Four long years later, he successfully photographed a snowflake on 15 January 1885. He devised a method to work swiftly before the snowflakes changed shape and captured the detail on each snowflake through sheer trial and error. He used that same camera to make 5000 images of snowflakes over his lifetime. When Bentley recieved a grant from the American Meteorological Society, he humbly exclaimed, “From a practical standpoint I suppose I would be considered a failure. It has cost me USD 15,000 in time and materials to do the work and I have received less than USD 4000 from it.” Photograph/Wilson Bentley

Failure to Communicate
If Bentley’s efforts to make his first micrograph were difficult, his road to recognition was even more challenging. The fact that Bentley lived in a farming town didn’t help get his work out there. The simple folk did not understand why anyone would waste their life making photographs of snowflakes. It was this thinking that bothered his father as well. To the end of his days, Bentley’s father believed that what his son did was nonsense and that the proper thing for a farmer to do was farming, and nothing else.

Though the beauty of the snow is evanescent, like the beauties of the autumn, as of the evening sky, it fades but to come again. Certain verses from The Bible about the treasures of snow inspired Bentley’s quest for uncovering the secrets of snowflakes. Photograph/Wilson Bentley

Despite his townsfolk’s negative approach, Bentley still wanted them to understand what he was doing. At the age of 45, he tried this futile attempt at enlightenment, “I announced that I would give a talk in the village and show lantern slides of my pictures. They are beautiful, you know, marvellously beautiful on the screen. But when the night came for my lecture, just six people were there to hear me. It was free, mind you! And it was a fine, pleasant evening, too. But they weren’t interested.” Bentley felt that photographing the ephemeral forms of nature gave him the spirit of a discoverer. Photograph/Wilson Bentley

Road to Recognition
He was so put down because of the townsfolk’s attitude, he did not show anyone else his snowflake micrographs for 13 years. He also felt that his meagre education made his work irrelevant, compared to research workers in universities. Ironically, it was George Perkins, a Professor at the University of Vermont who noticed Bentley’s work and told him that he had something worth saying. Bentley was always absorbed in studying things under this microscope while boys his age were busy playing with slingshots. Photograph/Wilson Bentley

“He shot snowflakes so well that hardly anybody bothered to photograph snowflakes for almost 100 years.” — Astronomer Kenneth G Libbrecht

Since then, Bentley went on to donate his photographs to universities and write his views in leading publications like The National Geographic, Monthly Weather Review and The New York Times. He was also selected to write an article about snow in the fourteenth edition of the Encyclopaedia Britannica.

For Bentley, snowflakes were tiny miracles of beauty that he endearingly called ice flowers: 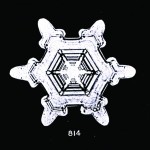 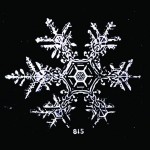 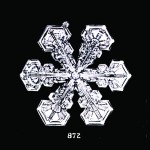 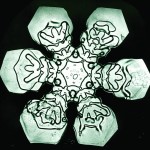 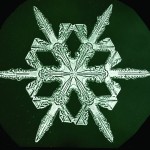 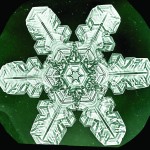 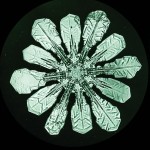 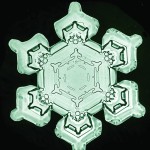 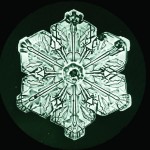 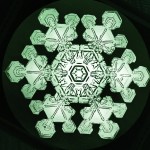 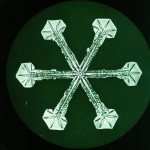 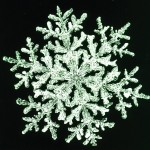 When a snowflake melted, that design was forever lost. Just that much beauty was gone, without leaving any record behind.

The beauty of Bentley’s snowflake photographs was even recognised by Tiffany & Company, an American luxury jewellery brand, and they purchased 200 of his photographs for their designs.

Wilson also released his book Snow Crystals in 1931, with 2000 of his photographs. The book is still in publication. It is no wonder that he earned the moniker Snowflake Bentley.

To the Great Beyond
Bentley’s log entry on 7 December 1931 reads, “Cold north wind afternoon. Snow Flying.” It was his final entry. In his zeal to discover more about snowflakes, Bentley walked in a snowstorm for 9km, and consequently fell quite ill. “Every crystal was a masterpiece of design and no one design was ever repeated,” he said. Photograph/Wilson Bentley

He was adamant that he was well, but his health continued to deteriorate. A doctor was called, but it was too late. He died of pneumonia on 23 December 1931.

In a world where all that matters is materialism, all Bentley cared about was a subject as fleeting as a snowflake. “As you see, I am a poor man, except in the satisfaction I get out of my work. In that respect, I am one of the richest men in the world. I wouldn’t change places with Henry Ford or John D Rockefeller for all their millions. I have my snowflakes!”

This article originally appeared in the October 2016 issue of Better Photography.