No one, perhaps, has ever been as defiant about colour, as William Eggleston. No one, also, has been as criticised. Raj Lalwani writes. 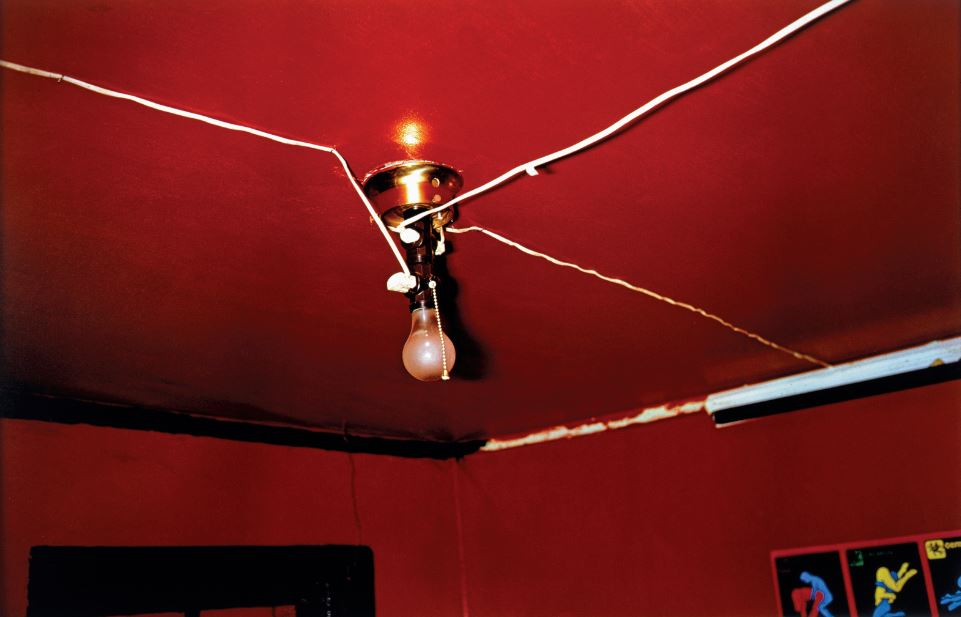 William Eggleston and Ansel Adams did not know each other, but the respective pillars of colour and black and white did not seem to like each other much. “If you can’t make it good, make it red,” Adams had said, decades ago, while weighing in on what is arguably Eggleston’s most famous photograph, that of a hallucinogenically red ceiling. “We didn’t know each other,” said Eggleston of Adams, in a 2016 interview to the New York Times, “but if we did, I’d tell him the same thing…I hate your work.”

Of Cartier-Bresson, interestingly, Eggleston is part derisive, but mostly reverential, for it was Bresson who formed Eggleston’s early awakening to the power of the print. “I had picked up The Decisive Moment years ago when I was already making prints, so the first thing I noticed was the tonal quality of the black and white. There were no shadow areas that were totally black, where you couldn’t make out what was in them, and there were no totally white areas. It was only later that I was struck by the wonderful, correct, composition and framing. This was apparent through the tones of the printed book. I later found some actual prints of the same pictures in New York. They were nothing—just ordinary looking photographs, but they were the same pictures I had worshipped and idolised, yet I wouldn’t have given ten cents for them. I still go back to the book every couple of years and I know it is the tones that make the composition come across.”

In an incident that Eggleston recalls with some fondness, Bresson had once told him at a party, “You know, William, colour is bullshit.” Unfazed, Eggleston asked Bresson to excuse him and nonchalantly left the table. “I went to another table and partied,” he said. 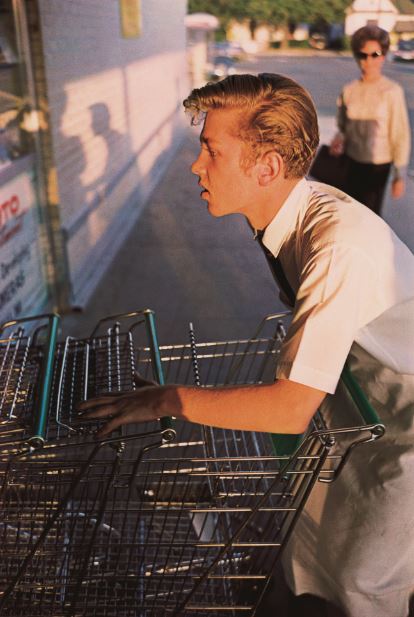 Eggleston holds several keys to understanding the scepticism and acceptance of colour in photography. But the colour is merely a key to his world, to the idea that it is okay to stay within the realm of the ordinary, ordinariness not being the poetic lyricism that one tends to associate with the everyday, but the very banal, the ugly, even, to confront it, and observe it for the intricacies that lie within that mundaneness. The decisiveness of his craft, with his picking out of extraordinary detail and incredulous colour, transforms the ordinary into the extraordinary, dull interiors, peeled off paint, rust or abandoned objects almost appearing imposing and stoic, a little like the man himself. It’s almost as if he strips
them of context, these objects, even people, removed from the functionality with which you otherwise associate them. A solitary lightbulb on a red ceiling like a fly’s eye view
of a blood spattered scene, a rusted tricycle in a bleak urbanscape, photographed from below, almost monumental in its arch.

“Oh, half of what’s out there is worthless. The only pictures I like are the ones I’ve taken.”

Unlike some contemporaries like Marie Cosindas and Ernst Haas, unlike even his predecessor in colour, Saul Leiter, Eggleston’s use of colour was very precise and integral to the medium of photography. There were no painterly influences, not in his head at least, his fascination for colour being the time he worked at a lab as a young boy, watching hundreds of prints of amateur snapshots.

Printmaking guided the very essence of Eggleston’s use of colour, though he did not make the prints himself, choosing to work with the highly complex, highly expensive dye transfer process, that was, at that time, in use within the fashion industry. It’s almost ironic that a process that was unique to the commercial industry eventually helped elevate Eggleston’s work to be perceived as art. A proprietary process of Kodak, it rendered the richest possible tones that were almost unearthly. “By the time you get into all those dyes, it doesn’t look at all like the scene, which in some cases is what you want,” he had once said. 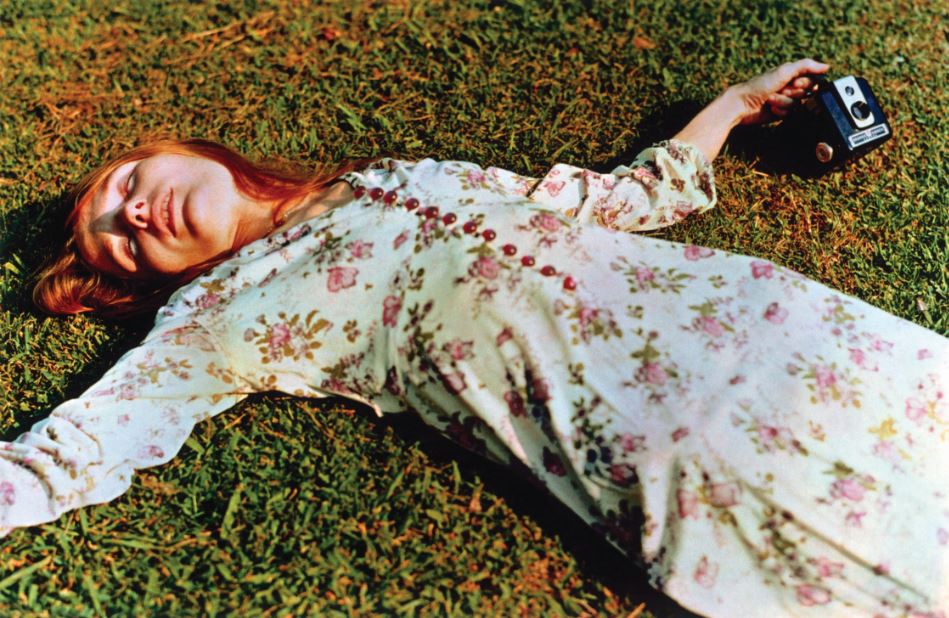 Each print would cost several hundred dollars and would take around four days to make, the final picture not created chemically on paper, but assembled on the paper’s surface from four separately screened colour images. The exclusivity of the process, and its subsequent rarity, meant that while Eggleston’s photos were that of the ordinary, an average person who would have tried to emulate that approach through snapshots, would not have been able to render his photos in the same way.

“You can take a good picture of anything. A bad one, too.”

Of course, the term ‘snapshot’ itself is a vague generalisation, sometimes attributed to his legacy, and at others, including a large number of photographers of that time who have moved away from formality in their compositions. While the snapshot aesthetic has now been legitimised as a photographic movement, the negative connotations of the word were what surrounded Eggleston’s 1976 show at the MoMA. It wasn’t the first colour show at the museum, but the first that elicited such strong reactions. Szarkowski, in his curatorial note, called the photographs “perfect… a paradigm of a private view, a view one would have thought ineffable, described with clarity, fullness, and elegance.” Hilton Kramer, New York Times art critic, was scathing, “perfectly banal… perfectly boring… a case, if not of the blind leading the blind, at least the banal leading the banal.” It was, it was said, the most hated show of the year.

“People always want to know when something was taken, where it was taken, and, God knows, why it was taken. It gets really ridiculous. I mean, they’re right there, whatever they are. The only thing one can do is really look at the damn things. It’s just not making much sense to talk about them.”

And even though the term ‘snapshot’ was subsequently appropriated by other photographers and critics, Eggleston, in typical disdain of the act of talking about photographs, said in 1988, “I am afraid that there are more people than I can imagine who can go no further than appreciating a picture that is a rectangle with an object in the middle of it, which they can identify. They don’t care what is around the object as long as nothing interferes with the object itself, right in the centre. Even after the lessons of Winogrand and Friedlander, they don’t get it. They respect their work because they are told by respectable institutions that they are important artists, but what they really want to see is a picture with a figure or an object in the middle of it. They want something obvious. The blindness is apparent when someone lets slip the word ‘snapshot’. Ignorance can always be covered by ‘snapshot’. The word has never had any meaning. I am at war with the obvious.”

“I don’t think about what camera I should use that much. I just pick up the one that looks nicest on the day.” 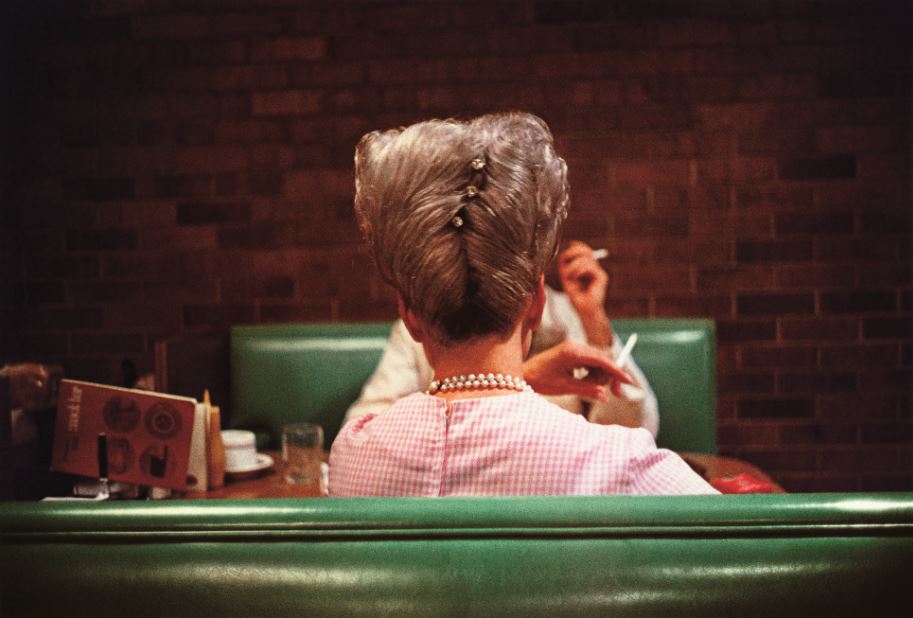 It isn’t probably fair to contemporaries like Cosindas, Haas, Meyerowitz, Shore and Singh, or even predecessors like Leiter, that Eggleston often gets the moniker of being the Godfather of colour photography. But Godfatheresque he can be, photographing every single day, while dressed in a dark suit, polished black shoes and bow tie. He does refuse any offer you may make, of interpreting, analysing or explaining his photographs. “The trouble is, whatever it is about pictures, photographs… it’s just about impossible to follow up with words… they don’t have anything to do with each other… what is there to talk about?” In a more recent interview, he had reaffirmed, saying, “Words and pictures don’t… they are like two different animals… they don’t particularly like each other.” His decisiveness as an artist is unfailing, famously having said on several occasions that his practice is about intuition, but there is no consideration or indecision, only certainty. “I only ever take one picture of one thing. Literally. Never two. So then that picture is taken and then the next one is waiting somewhere else.”

Possibly the most credited amongst the pioneers of colour, Eggleston’s visuality has inspired some of the most inspiring masters of our time, from David Lynch and Martin Parr, to Jeff Wall and Juergen Teller. The great Garry Winogrand reportedly once told him, “Bill, you can take a good picture of anything.” 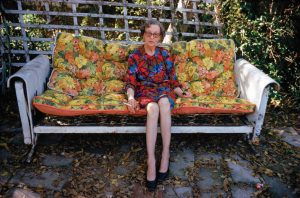 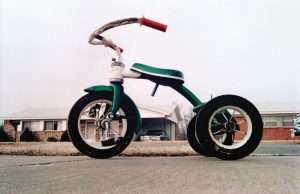 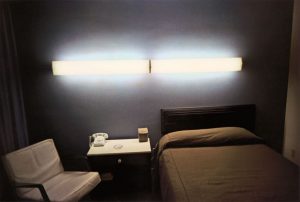 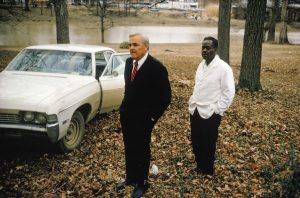 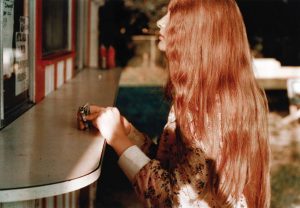 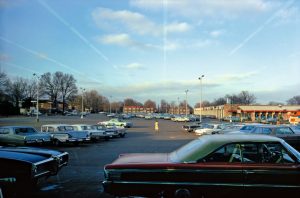