The composition in Victor’s images is classical, but he always finds a unique perspective in every situation. Photograph/Victor George Great photography will always be immortal. Raj Lalwani explores this thought through the story and vision of the multi-faceted Victor George.

Nature continued to play her theatre while the ace photographer stood, awestruck. He had come to Venniyani hills, to cover a landslide that had claimed three lives. This was 9 July 2002. The rains had wreaked havoc in Idduki district, Kerala and refused to stop. Victor George, who stood there with his trusty Nikon FM2 and F5, shared a curious relationship with rain. The drops that fell from the clouds to kiss the earth fascinated him. Over the past few years, he had captured its various faces—from the the time it would gently hit the earth, and the times it would unleash its fury and cause floods. All this was a contrast to how this acclaimed photojournalist started out. Victor George was a visual storyteller who wore multiple roles in his career—news photographer, portraitist and environmentalist. And in all these, he maintained his signature style. Some of Victor’s strongest street and news images were in black and white. They were stark, simple and always told a story. Photograph/Victor George

Victor George was introduced to photography by his brother. He would tinker with the camera and what started as a casual hobby slowly grew into a dedicated interest. His penchant for narrating a story through his images naturally attracted him towards photojournalism. He later joined Malayalama Manorama in 1981. Victor’s images show his deep understanding of composition, yet each of them was unique. He would focus on the little nuances that we often look at, but do not bother to notice or remember. This was a quality that gave Victor a lot of acclaim. In fact, he famously covered Anita Sood’s victory at the 1986 National Games without taking any photographs of her. His camera was instead focused on her mother, Kavita Sood, who was cheering animatedly from the stands. Not only did this image win awards from the Press Photographers Association and the Sports Authority of India, but it also brought public attention to spectator activity at sporting events for the first time in India.

“ H is images showed the nuances that everyone looked at, but did not bother to notice.” -Thomas Jacob

Not Just a Photojournalist

While Victor’s carefully thought-out images may suggest that he was an introvert, it was actually quite the opposite. He made friends easily, whether it was with his colleagues or random strangers. It is, thus, not surprising that he was a remarkable portraitist. He would immediately strike a chord with his subject, and his portraits of artists and writers for a local literary magazine received a lot of admiration. In fact, Thomas Jacob, Editorial Director of Malayalama Manorama, once wrote that if Victor had lived longer, he would have been as famous for his portraiture as Yousuf Karsh. Victor remained the top photographer for Malayalama Manorama through the late 90s, but slowly grew less inclined towards covering daily events. The first signs of this came when he returned from Delhi after covering the Sikh agitation and later, the anti-Sikh riots. The sheer violence led Victor to seek refuge in nature—and he simply added another feather to his cap.

“ Despite his newsroom beginnings, Victor George was proficient in almost every genre of photography.” -Thomas Jacob

Exploring the Romance of Rains

At heart, Victor was a conscientious individual who deeply thought about various issues. He started exploring the impact of man on the environment, and his images almost always suggested the importance of conservation. He was fascinated by the various elements of nature, especially rain. Victor was deeply influenced by Alexander Frater’s book Chasing the Monsoon, in which Frater has lyrically described the Indian monsoon. Frater’s words inspired Victor to create his own ode to the monsoon—visually. There is probably no Indian photographer who has captured the spirit of the monsoons quite like the way Victor George has. The drama, the beauty and the stories that the rains symbolise, were among the various aspects Victor explored to fulfil his dream—that of publishing a book of photographs on Kerala’s monsoons. His images are culturally significant and bring out the character of the place. Photograph/Victor George

The dream realised itself in the form of the book It’s Raining, but not in the way Victor would have wanted. While continuing to shoot images for his book, he decided to cover a landslide in Idduki district. On the afternoon of 9 July 2002, he went up the Venniyani hills, to photograph the angry side of his beloved subject. In a cruel moment of irony, there was a second landslide. But Victor continued to be engrossed with his subject. Two days later, rescuers found fingers emerging from the mud, holding on to a ravaged camera.

“ Whenever I remember Victor, he is always with his camera.” -Thomas Jacob

In death, Victor became a fairytale of the irony of nature. His two innate loves—his camera and the monsoon—remained united with him even at the last moment. In his eulogy on Victor, Thomas Jacob wrote that even death could not break the bond between him and his camera. Victor’s story has stamped itself into the hearts of his admirers, and his memories keep coming back—much like the Indian monsoon. 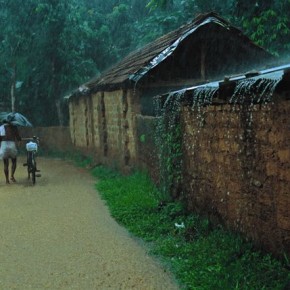 His images depict the co-relation between man and his environment. Photograph/Victor George 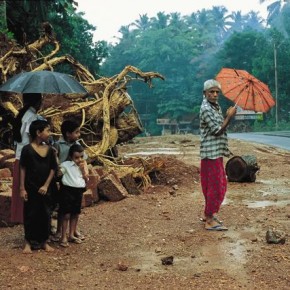 Victor George’s great sense of humour shone through in his street photographs too. Photograph/Victor George 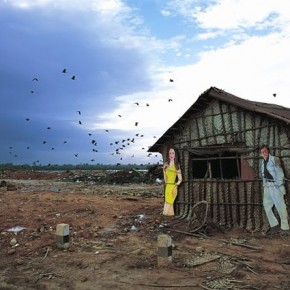 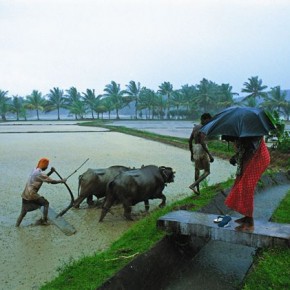 His colourful images of the monsoons captured almost every face of the season in Kerala. Photograph/Victor George 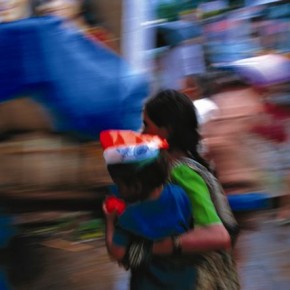 Shot on Independence Day, this image captures the right moment and colours of the celebration. Photograph/Victor George 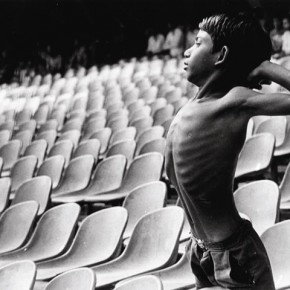 A master of people photography, Victor would bring out an individual’s personality even in a candid scene. Photograph/Victor George