Milka Singh: This image was shot with a lens that is nowhere near a telephoto. Photograph/N Thiagarajan

India lost one of her most prominent photojournalists on February 24 this year. Sabeena Gadihoke pays tribute to the humble, prolific humanist.

This story was originally published in September 2012.

Years ago when I was researching a book on Homai Vyarawalla, India’s first woman photojournalist in Baroda, I picked up a photograph of a handsome and strapping photographer from among her prints. This was N. Thiagarajan (1933-2008) who was a few years younger than Homai. He had arrived in Delhi from Madras in 1954, a thin and lanky twenty-one year old, as the sports correspondent and photographer for the Hindu. Watching him ride his bicycle for 20 KM from Connaught place to Palam, Homai offered to give him a ride in her car for certain common assignments. Her ‘sonny boy’, as Homai lovingly called him, and “Thiagu”, as he was known in general, passed on last month, in Delhi. Few of this generation of intrepid and unsung chroniclers of the visual history of post independence India survive today.

It was tough to cover sports in those days. There were no long or wide angle lenses and Thiagu would often borrow home spun lenses from Homai that had been cobbled together from the kabadi bazaar. In 1959, when the Dalai Lama came to India, Thiagu photographed him with Nehru and G.D. Birla. This exclusive picture published in the Hindu got him a job with the Hindustan Times (HT) in 1960. He recalls coming into his office one day at the HT to find his chair occupied by someone else. This was Kishor Parekh who had just returned from the US. Close to G.D Birla, he had been brought in to revamp the photo section. Parekh was also to fight many battles with crop happy photo editors to respect the integrity of the frame. The face of Bhopal gas tragedy: This man along with a thousand others were among the blinded in the biggest industrial tragedy to strike this country. Photograph/ N Thiagarajan

Thiagu left the HT subsequently to join the Times of India for five years, but he retained his admiration for Kishor for bringing a new and aggressive sensibility to photo journalism, acquiring a more critical edge after the war with China in 1962 and the beginnings of disillusionment with the Nehruvian era.

In 1971, Thiagu went to East Pakistan to cover the liberation of Bangladesh. Entering Dhaka, he was with others to witness and photograph the mass genocide of Bengali intellectuals on the eve of liberation. However there was another experience of the war that they were witness to. The next day all the photographers were taken to a hotel by the Mukti bahini. “They said they had some real action”. They took them to where a number of razakaars and Pakistani army personnel were held captive. “As we watched in horror, they bayoneted a man to death for our cameras”. Some photographers cried uncontrollably. The only person who shot this was a Time Life employee.

When they returned to Delhi, Thiagu went to meet Mrs Gandhi and told her that a man had been killed for the benefit of the photographers. Nothing much happened and a week later they learnt that the Time Life photographer had been given an award for the picture. Those were tough times. There was no indemnity to cover war, except for foreign correspondents like Lekhi, whose family was given a princely compensation of twenty-five Lakhs by Associated Press, when he was killed in Cambodia. Thiagu lost his Nikon F and telephoto lenses in Bangladesh and covered the entire war with his Rolleiflex and one lens. He used an enlarger to crop wider shots, creating dramatic pictures that looked like they had been taken with different focal length lenses. One of Thiagarajan’s earliest shots before he began professional photography in Delhi. This picture was shot in Chennai. Photograph/N Thiagarajan

I would often visit N Thiagarajan at his Mayur Vihar home over the past two years, enjoying his wry sense of humor and discussing our other passion, animals. He still continued promote photography and to travel with photography groups. Listening to his stories would help me reconstruct histories of the “official nationalism” of early post independence Indian photography that was carefully controlled by the Press Information Bureau then. Even freelance photographers and newspaper photographers needed to be accredited by them.

Thiagu would hold that despite controls, this documentation had a value as it was to become the history of the future. We would often discuss the lack of annotated archives to preserve the work of press photographers like him. After a heart attack, despondent that his prints would not be looked after, Thiagu had handed over his entire collection to Sonia Gandhi after an exhibition in 1992.

This larger archive is all around us today. We have seen these pictures countless times and they have become part of our collective memory. Perhaps the best tribute that we can pay to its creators like N Thiagarajan is to acknowledge their contribution to it. 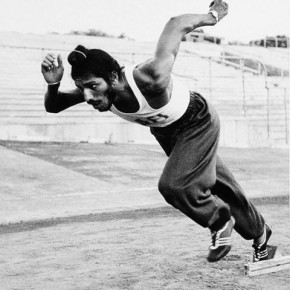 Milka Singh: This image was shot with a lens that is nowhere near a telephoto. Photograph/N Thiagarajan 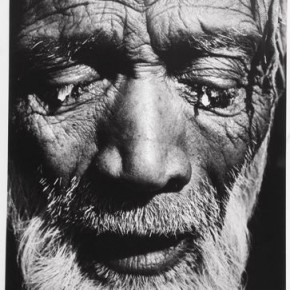 The face of Bhopal gas tragedy: This man along with a thousand others were among the blinded in the biggest industrial tragedy to strike this country. Photograph/ N Thiagarajan 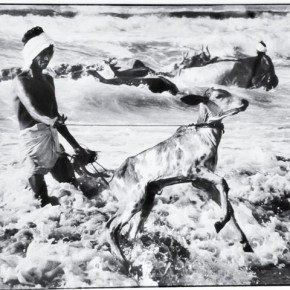 B One of Thiagarajan’s earliest shots before he began professional photography in Delhi. This picture was shot in Chennai. Photograph/N Thiagarajan 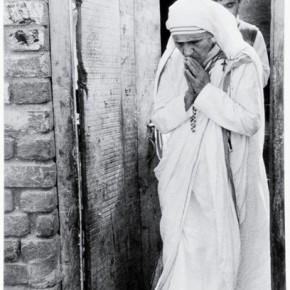 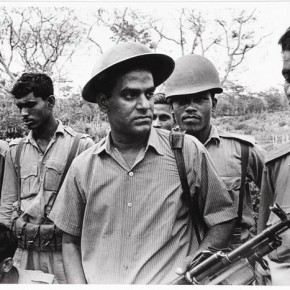 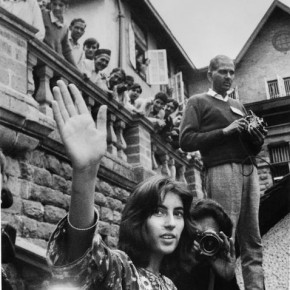 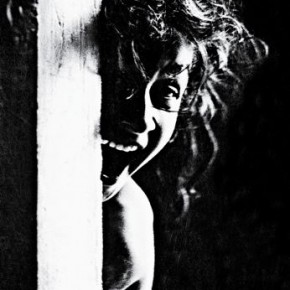 A cheerful young girl peeps out of the bathroom after a shower. Photograph/N Thiagarajan