The Extraordinary Life of Bill Cunningham Bill Cunningham shooting on the streets of New York, completely oblivious of everything else. He insisted, “I just let the streets speak to me, and for that I need to be out there. Stay on the street and let it tell you what it is.” Image Courtesy: Zeitgeist Films

This story was originally published in July 2016. Poster of Bill Cunningham New York –documentary film on Cunningham, made by Richard Press in 2010. It took eight not-so-short years of persuasion by Richard, for Bill to finally accept the proposal for it.

Picture a thin man, Gandhian in his way, riding his bicycle in midtown New York. He could be spotted wearing his trademark blue French worker’s jacket, khaki pants and black sneakers, with a camera around his neck. He would photograph people’s fashionable attires on the sidewalks and avenues of the ‘Empire City’, while his own jacket was patched with duct tape. He slept on a cot, cramped into a single room filled with metal filing cabinets and boxes containing photo negatives and prints from 40 years of photographic work. He relished his breakfast, a $3 meal at a nearby deli, often the only meal of the day—his hunger forgotten as he dexterously penned down his thoughts with a camera. An extremely elusive enigma, whose ultimate sophistication lay in sheer simplicity, Bill Cunningham, breathed his last on 25 June 2016, in Manhattan, leaving behind thousands upon thousands of images of fashion, from the social elite to the common people on the streets. Gothic bridge in Central Park. Cunningham’s B&W images in this article are from a set of 88 silver gelatin prints called ‘Facades’. He eventually donated them to the New-York Historical Society, where they were exhibited in 2014. The photographs are more on the lines of a whimsical photo essay in which Cunningham posed models in period costumes against famous buildings within the city. Photograph/Bill Cunningham

Dreams, Courage, and… New York
A Harvard dropout (one of those rare instances when Cunningham could be grouped in a predefined category), he graces the same bunch as Robert Frost, Bill Gates, Mark Zuckerberg and Matt Damon. He moved to New York in 1948, to live with his uncle and aunt who, he said “would have done anything for me, if I would have not been so interested in working in the field of fashion”. Bill’s family always despised fashion as not being a man’s pitch. The rebel he was, on being given the ultimatum “quit making hats or get out of my apartment”, he chose the latter. Paris Theatre. This project was specially significant as the city was in the middle of a financial crisis in 1970s. Buildings were being torn down and people didn’t find the city beautiful. Photograph/Bill Cunningham

He worked in advertising shortly before being drafted in the US Army. After his term, Cunningham returned to New York and started taking assignments for the Chicago Tribune and The Daily News.

Around the same time began his tryst with documentation of trends and modes in New York City. “The best fashion show is on the streets”, he would say. Bill became a regular contributor to The New York Times in the late 1970s, where he continued working for nearly 40 years. His regular spreads, On the Street, and later, Evening Hours, acquired immense popularity very quickly, and then enormous acclaim. Editta Sherman on the Train to the Brooklyn Botanic Garden. Sherman is surrounded almost anachronistically with modern-graffiti in comparison to her turn-of-the-century attire neatly tucked in one side of the frame. Her gaze is curious– where does she look? To the future or the past? Photograph/Bill Cunningham

Inspiring Quirks or Strange Qualities?
Cunningham’s quiet modesty, friendly humour and infectious zeal endeared him to everyone who met him. Despite his easygoing nature, he remained unshakeable in his principles and beliefs, that both set him apart, and set him free. Well-known for not cashing his assignment cheques from the Details magazine, he also declined repeated efforts by the editors of The Times, for over two decades, to get him to take a staff position. He would say, “If you don’t take the money, they can’t tell you what to do, kid. Money is the cheapest thing. Liberty and freedom, that’s the most expensive!” At the galas in the city which he attended to photograph, he would gently but resolutely wave off offers to partake in the food. Or even a glass of water. “It’s about keeping a distance from what you’re doing, so you can be more objective. Of what? Well, I don’t know. But it works for me.” Although, when asked in an interview why he did that, his wit made a cut, retorting “Oh, I’m not into food. I dine with my eyes on the street.” Club 21. With a sense of the candid alongside poised, Bill’s photography often impressed upon some narrative, detail or conceptual feature that he wanted to bring out. Photograph/Bill Cunningham

With an unerring eye for forthcoming trends, Bill was extremely open-minded yet opinionated while shooting. Whether it was a bicycle messenger, a woman breaking the glass ceiling on Wall Street, a man waiting at a signal, or personalities gracing the ramps at the New York Fashion Week, his attention could well and only be allured by clothes. “The cut, the new cut, the lines, the colour, that’s everything; not the celebrity, not the spectacle”, he would say. Once captivated, he would scuttle, dash or gait, whatever it took to get the picture at just the right angle. Harold Koda, the former curator in-charge at the Metropolitan Museum of Art’s Costume Institute noted, “Everyone knew to leave him alone when he saw a sneaker he liked or a dress that caught his eye.” 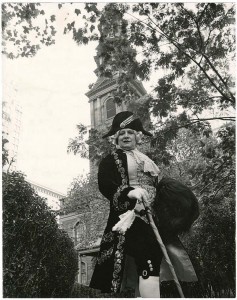 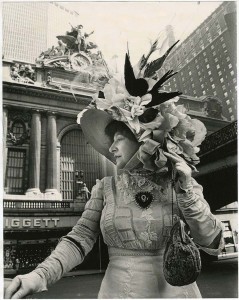 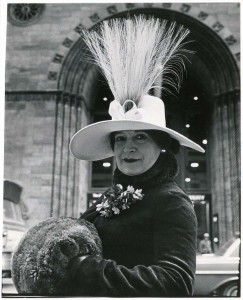 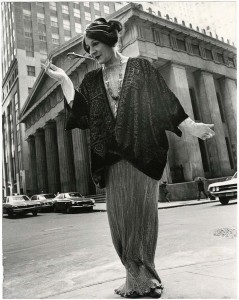 Bill’s passion to document the way people dress inspired from the understanding that fashion was a part of everyday streets. He brought forth this perspective with as much ease and expertise, as the inclusion of fascinating details and intricacies. He especially admired the eccentrics… people who had a personal style. “Bill photographed me before anyone knew who I was. At 94, I’ve become a cover girl and he was very largely responsible for my ultimate success”, commented Iris Apfel, a Palm Beach socialite. After Cunningham took pictures of her, she became the subject of Albert Maysles’ last documentary film. General Motors Building. At fashion shows, while other photographers would hunt for celebrity and glamour shots, Cunningham felt otherwise—“Looking at all these collections, I look for what I think a woman could wear, would wear and whether it would fit a human body other than a model. If not, I have no interest in that.” Photograph/Bill Cunningham

Obscure by Choice, Celebrity Otherwise
In a world that constantly thrives to connive at singularity, there’s sheer brilliance to be discovered in simplicity. Cunningham never really cared for recognitions or honours. He would rather spend the time shooting. Yet, his work exuded such excellent narratives, it was impossible for the world of fashion to ignore. Cunningham consciously made a decision to fall out of line and live the ordinary, extraordinarily. A choice he made to believe in his concept of life. One which was exclusively his own to deem. “I just try to play a straight game, and in New York, it’s almost impossible, but I try”, he used to say.

He was the people’s favourite—a blessing, even magic for those who connected with him, no matter for how short a while. His love and generosity left an indelible impression on people’s lives. A very enthusiastic personality by his inherent nature, Bill would immerse in his moments of deep thought at times, reflecting, reminiscing perhaps, and basking in his precious insight. While receiving the Legion of Honour in 2008, awarded by the French Government, he pointed out, “In today’s world, I still think this holds true— He who seeks beauty, will find it.” In 2009, his love for the streets saw him being designated as a ‘living landmark’ by the New York Landmark Conservancy. Guggenheim Museum. Cunningham’s idea of fashion was based on the very natural facet of it. “Why does the world perceive fashion as frivolity that should be done away with in the face of social upheaval. The point is that fashion is the armour to survive the reality of everyday life. I don’t think you could do away with it.” Photograph/Bill Cunningham

Those observant eyes and curious mind indeed changed the way the world looked at fashion, and in turn, themselves. His perspective on fashion, as being an indispensible reality of life, made home the idea of street fashion photography as cultural anthropology.

As Anna Wintour, the editor-in-chief of Vogue, had famously said, “We all get dressed for Bill.”