Steve McCurry’s photographs have revealed some of the most touching stories of hope and courage to the world. Neha Mutreja explores the work of one of the world’s finest visual storytellers. “I usually like to photograph people on the spot. I would rather represent them in their own situation and habitat.”—Steve McCurry

Those piercing eyes compelled him to look at her. She was shy, but curious about what he was up to. He was so amazed by her hauntingly beautiful eyes, that he knew he had to pick up his camera and take her picture. This image would later represent to the world the plight and courage of the survivors of the Afghan War in the 1980s. The photograph changed the life of this young photographer, who was anonymous to the world till then. Since then, he has captured multi-award winning, iconic images that tell heartbreaking survival stories of people, places and cultures. This fine visual storyteller’s name is Steve McCurry. Call him a photojournalist, documentary photographer or portrait photographer, Steve shoots with one simple objective—to capture an image that will stay with the viewer for a long, long time.

Voyage to Asia
With very little money saved from an earlier job at a US-newspaper called The Daily Collegian, Steve travelled to India in 1978 for a freelance project. Before he could even realise it, his six-week trip turned into a two-year affair. “I was fascinated with the colour, vibrancy, culture, people, geography and the monsoons in India”, he recollects.

During this time, he also travelled to Pakistan. “While I was up in the north of Pakistan, I met some Afghan refugees who invited me to go into their country and see what was happening…”

But his journey to the rebel-controlled Afghanistan was not that easy, due to the tension of the Russian invasion. He still managed to disguise himself in traditional Afghani attire, and capture the very first pictures of the conflict. While preparing for his escape, he had to hide his reels of film that carried these images within the folds of his turban, and inside his shoes and underwear.

The photographs were eventually published in publications around the world, and they also won him the Robert Capa Gold Medal for Best Photographic Reporting from Abroad—an accolade that commends photographers for their courage and enterprise.

‘The Steve McCurry’ in the Making
After his critically acclaimed Afghan War coverage, Steve began to get offers for similar assignments. Publications from around the world became aware of his work and clamoured for his pictures. Around the same time, he began to take up assignments for National Geographic—a magazine responsible for putting him in the league of the best and finest, especially after his striking portrait of a young Afghani girl was featured on the magazine’s June 1985 issue cover. “One day in 1984, at the refugee camp very close to Peshawar (Pakistan), I heard voices coming from one of the tents. It was a makeshift school for young girls. I asked the teacher there, if I could take photographs.” Amongst this group of girls, he spotted one girl with a tattered red shawl over her head, who was about 13 years old. “She had such piercing, penetrating, haunting eyes…what struck me was that she looked so frightened and trautamised. I spent about five minutes photographing her and then she quickly ran off to play with her friends. It was one of those cases, where all the elements of the picture came together in a magical way…” Steve’s portrait simply titled Afghan Girl became an image that seared the hearts of millions the world over, and is still known as the most recognised cover-photograph of National Geographic magazine. Great Pair of Eyes
Steve’s prolific career has spanned more than 30 years, and he has travelled worldwide to cover international conflicts in Iran, Iraq, Beirut, Cambodia, the Philippines, Afghanistan, and the Gulf War to capture the most iconic photographs the world has ever seen. But one region that occupies a special place in his heart is Asia. “The thing that fascinates me about this region is that we’re all playing these different roles but we’re all part of the same human race. We’re the same, but we do things in different ways. We eat different foods, live in different houses, speak different languages.”

His portraits, in particular, communicate more that just the face. They include the mood, overall standard of living and culture of the place. What makes an image a ‘Steve McCurry’ image, is probably its simplicity yet its magical spirit to tell us everyday stories that we want to comprehend and empathise with better.

Steve continues to cross borders of language and culture, in search of intriguing stories. He has a simple way of approaching his subjects—he waits till people will forget his camera and their soul drifts up into view. His coverage at Ground Zero post the 11 September 2001 terror attacks on New York city pays a touching tribute to the hundreds who lost their lives, and also the heroic policemen and firemen who worked tirelessly to get the city back on track. “There weren’t people at the Ground Zero, but all the stuff that they had been doing was just frozen in time.”

John Echaves (from National Geographic), perhaps, has described the way Steve McCurry works just right: “[He] brings you into the photograph… because of the shadow and lack of light perhaps, and also because of the colour palette. And once you are in the picture you realise you are caught.”

“ A lot of what I do is just wandering and observing. I might see someone on the street and feel there is some story written on his or her face.”

Who Was That Girl?
The identity of Afghan girl was a mystery, until 17 years later in 2002. National Geographic and Steve McCurry undertook an extensive search and travelled back to Peshawar, Pakistan. “There were rumours over the years that she might have been killed or had died in the shelter… I was wondering whether she is alive or not.”

They were able to trace her through the same refugee camp, where Steve had found and photographed her back in 1984. “We literally walked around and asked hundreds of people if they remember her and if they have any record of where she was living now….”

After weeks of searching, they were finally able to locate her brother who led them to Sharbat Gula—now a mother of three kids. National Geographic produced a detailed documentary for television on the entire process of finding Sharbat Gula and verifying her identity.

She was featured again on the April 2002 cover of the magazine. Steve knew he would find her again. “Her skin is weathered; there are wrinkles now, but she is as striking as she was all those years ago”, he says. Apparently, she remembered Steve too, but she had never seen her famous portrait before it was shown to her. “She remembered me, primarily because she had never been photographed before I made the image of her in 1984, or since then.” Accolades Galore
Apart from the Robert Capa Gold Medal in 1978, Steve has won many other prestigious accolades throughout his career. He was awarded the Magazine Photographer of the Year award in 1984. He also holds the distinction of having won four first prizes at the World Press Photo Contest and the Olivier Rebbot Memorial Award twice.

To view more of Steve McCurry’s breathtaking works, visit www.stevemccurry.com
You can also see some of his unpublished work and read his thoughts on his blog www.stevemccurry.wordpress.com/ and follow him on his Instagram account. 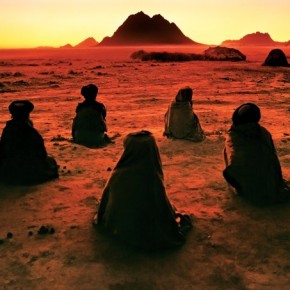 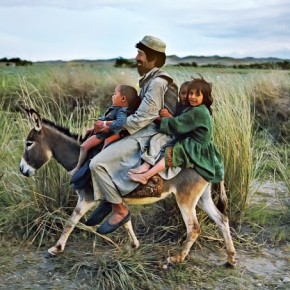 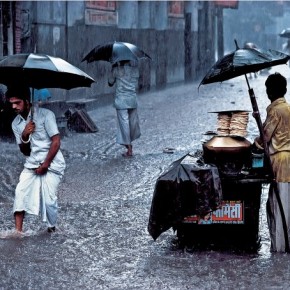 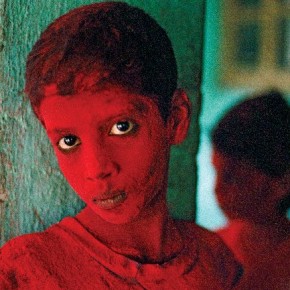 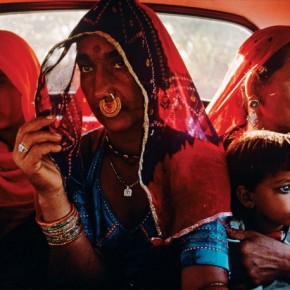 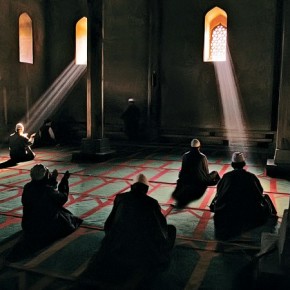