In Stanley Kubrick’s short-lived career as a photojournalist lie the roots of the wunderkind director to come. Aditya Nair finds out. 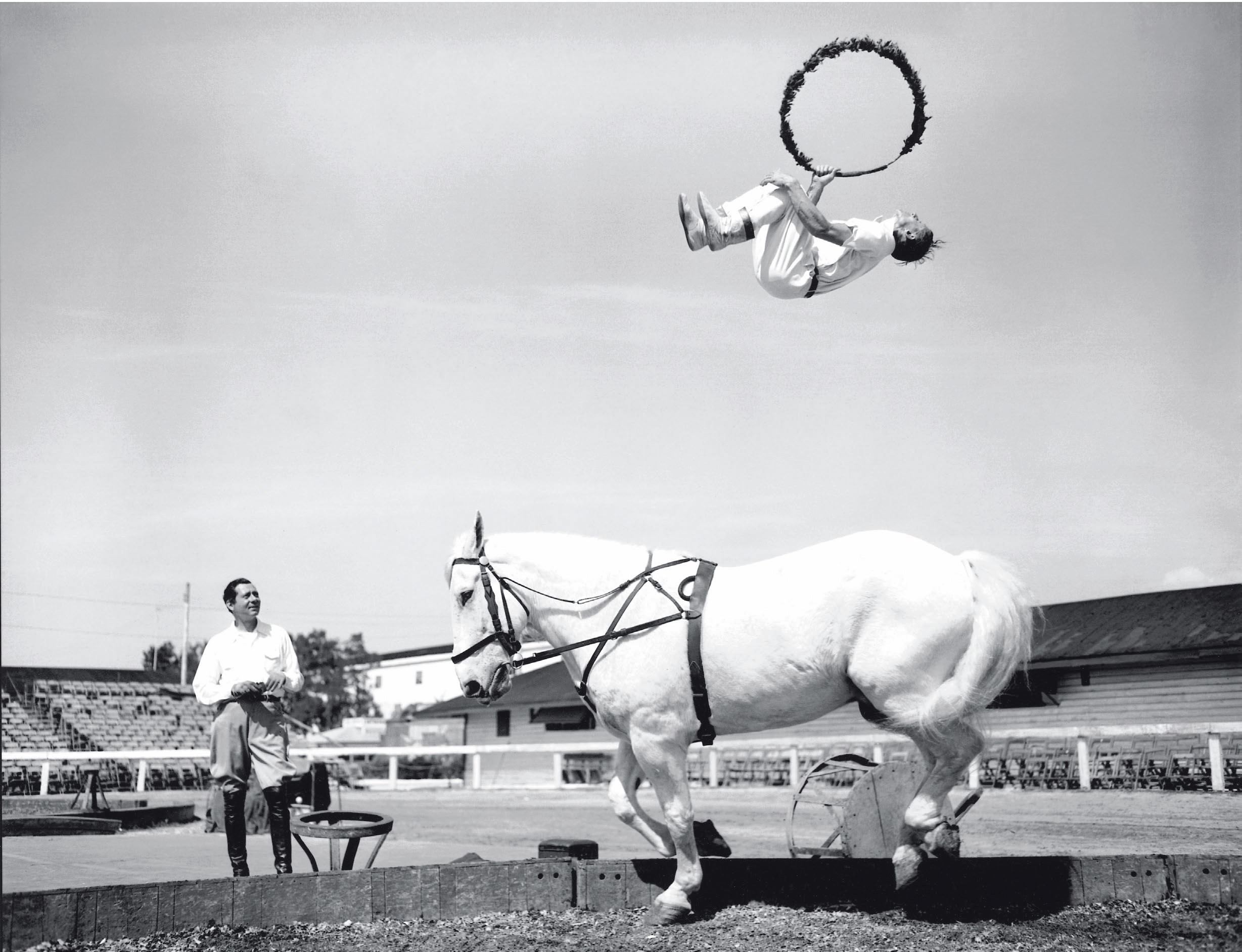 Stanley Kubrick would often switch between staged and real moments in his photoseries, choosing to focus primarily on the overall narrative.

Somewhere in the pantheon dedicated to film legends, there is a special throne reserved for Stanley Kubrick. Arguably the finest auteur in the history of the medium, his films like A Clockwork Orange, 2001: A Space Odyssey, Full Metal Jacket have gone on to inspire almost every director who has come after him. A large part of his mystique comes from the fact that this young director seemed to materialise on the Hollywood circuit with an almost fully formed visual and narrative aesthetic. However, before the emergence of Stanley Kubrick, the director, was Stanley Kubrick, a young schoolboy, who became the photographer for Look magazine.

1940s: A Photographic Odyssey
In many ways, Kubrick’s first step into the visual arts was rather ordinary. When he was thirteen, his father Jacob Kubrick, gave him a second-hand Graflex camera. He began by making images of daily life in New York and developing them in a darkroom that he built.

In April 1945, USA lost Franklin D Roosevelt, widely hailed as the third most popular President after Abraham Lincoln and George Washington. The Second World War was still not over. At that time, Kubrick’s image of a newspaper vendor looking morose whilst surrounded by papers announcing FDR’s death, quietly captured the mood of the country. All of sixteen, Kubrick sold the image to Look for a sum that would be roughly equivalent to USD 330 (approx. Rs. 20,000) and thus, kickstarted his career at the magazine. 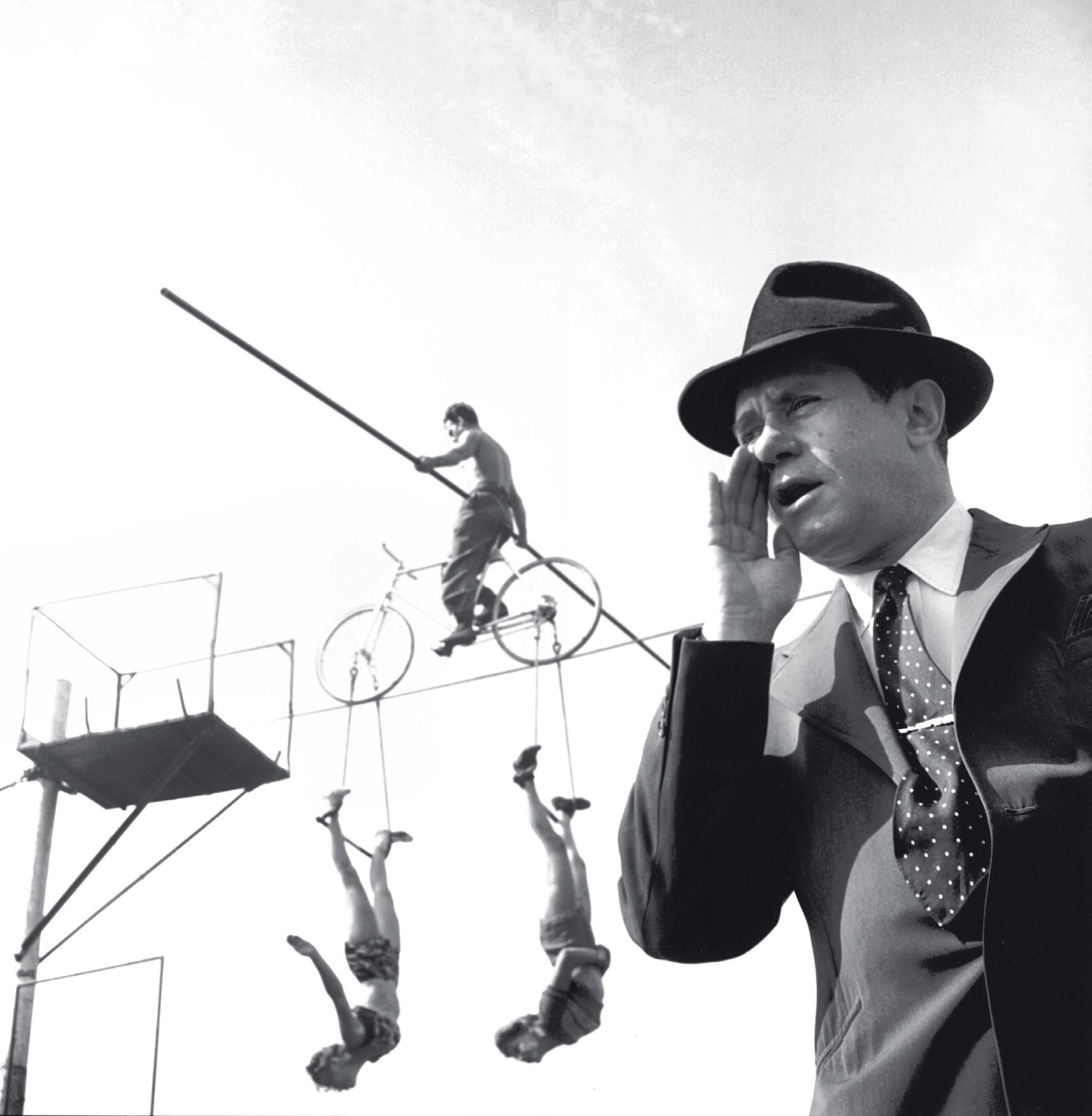 Kubrick juxtaposed the circus president, John Ringling North, yelling out orders while aerialists practised cycling on a tightrope in the background. It was a way of showing the duality of order and chaos at the circus.

He went on to shoot over 27,000 images and 300 photostories for them. His magazine of choice is also quite telling. Look was often seen as the antithesis of Life magazine. The choice of stories in Look were often darker and explored themes like delinquency, alcoholism and divorce.

“I don’t like doing interviews. There is always the problem of being misquoted or, what’s even worse, of being quoted exactly.” —Stanley Kubrick

The Making of a Storyteller
Stanley Kubrick’s obsession with perfection is renowned, much to the anguish of those working with him on his films. However, what amused me quite a bit was to learn that the image of the newspaper vendor was, in fact, rehearsed to get the look of despair. At a time, when photojournalism was considered to be absolutely true, here was a kid more interested in conveying the essence of truth rather than a literal interpretation of the word. In his own words, “Real is good, interesting is better.” 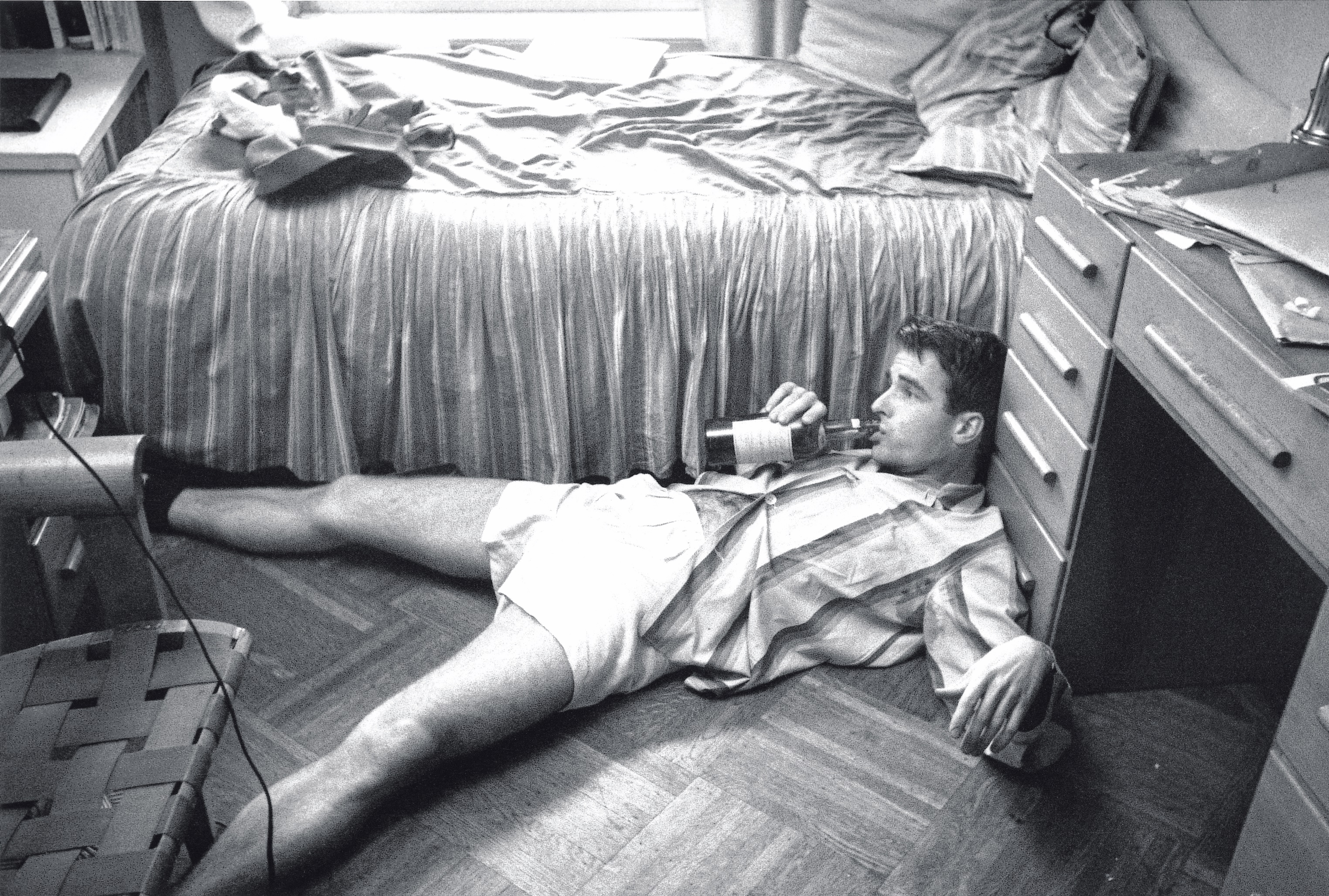 The image shows a young Montgomery Clift, an actor who later went on to be nominated for four Oscars and was known for his portrayal of moody, sensitive characters.

This may have been the first known instance of Kubrick’s experiments with mise-en-scène. However, it quickly became a recurring theme throughout his photographic works and, subsequently, his films, and thus, Kubrick’s joy of staging and love for composition became evident.

The Emergence of Trademark Kubrick
A common theme in his films, was a sarcastic, often times ironic portrayal of prevalent public opinion. A similar train of thought can be seen in his photojournalistic works, which show a neorealistic side of humanity and the mundane.

This can be seen in his photographs of celebrities, musicians and socialites, he ignored the glamour and fame, choosing to show instead the everyday nature of their lives. While shooting Frank Sinatra, what struck Kubrick wasn’t the star himself, but the blind adoration of his fans. 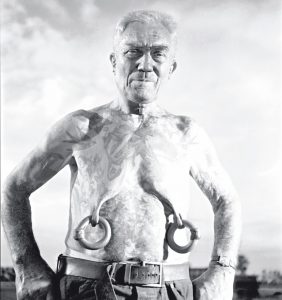 It is safe to say that Kubrick’s fascination with unusual perspectives started quite early on. 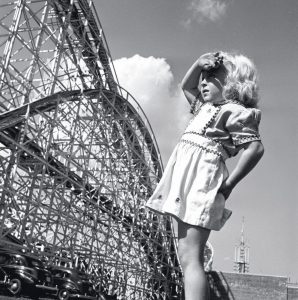 In Drama & Shadows, Rainer points out that even at a young age Kubrick showed immense talent in constructing complex compositions in which camera positioning and lighting played a crucial role.

Kubrick often came across as someone who didn’t quite fit in. The camera provided him the perfect cage through which he could be a renegade. Quite the voyeurist, had he chosen to, I am quite certain he could have out-Hitchcocked Alfred Hitchcock. (Stanley had a habit of checking the medicine cabinet of people he visited, to see what pills they were on.)

He often hid his camera in a paper bag to avoid drawing attention to himself. Conversely, there were times when he wanted to include himself. In which case the image quickly became a self portrait, with Stanley Kubrick dead centre.

Tales of Ambiguity
His photographs show a penchant for what we would consider the dark side of his subjects. His series were often as much psychological profiles of the subject as they were narrative feature stories. Through the use of contrast and shadows, he always added an air of mystery and drama as if to suggest “here is what I have shown you, but is that all there is to it?” Many of his movies offer similarly abrupt endings, even disjointed storytelling. 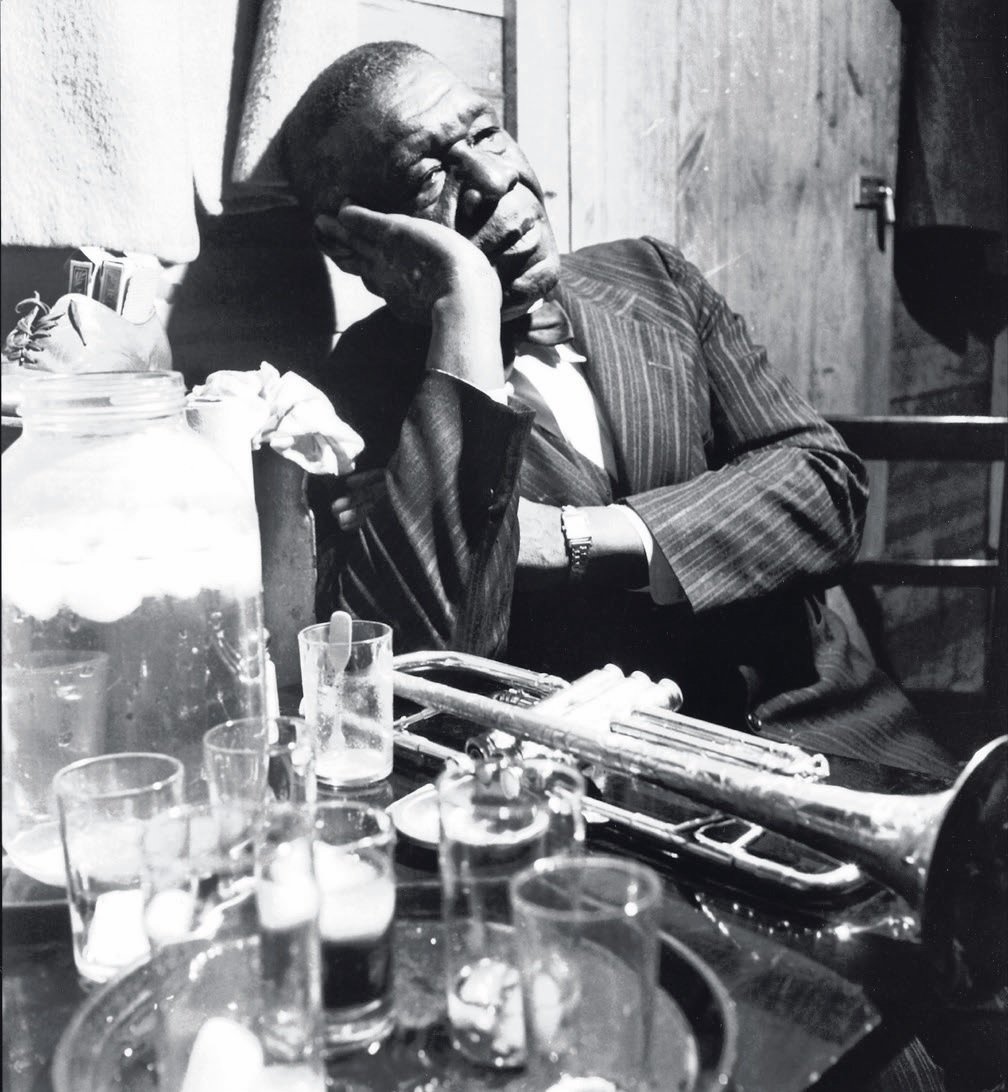 Jazz became one of Kubrick’s favourite subjects to photograph. During the height of his film career, he even attempted to make a film that explored jazz in Europe under the Third Reich.

“The essence of a dramatic form is to let an idea come over people without it being plainly stated. Saying something directly is simply not as potent as when you allow people to discover it for themselves.” -Stanley Kubrick

In Full Metal Jacket, Kubrick shows the filmgoer two disjointed halves of a story, told through the eyes of Private Joker (later Sergeant). Each half could easily be considered an individual film in itself. However, by combining them without giving any real explanation, he makes the audience choose what dots to connect and consequently, what meaning to derive.

Not Quite the Nihilist
Given his choice of subjects, it is easy to look at Kubrick’s work as that of a misanthrope. Admittedly, he wasn’t a sunshine-andrainbows kind of guy. However, when asked, “If life is so purposeless, do you feel it is worth living?” in an interview with Playboy, Kubrick said, “However vast the darkness, we must supply our own light.”

A major influence on Stanley Kubrick and Arthur C Clarke were the ideas of Robert Ardery, when they were developing 2001: A Space Odyssey. In a way, Kubrick’s creations may be best described through Arderey’s quote, “We were born of risen apes, not fallen angels, and the apes were armed killers besides…. The miracle of man is not how far he has sunk but how magnificently he has risen. We are known among the stars for our poems, not our corpses.” 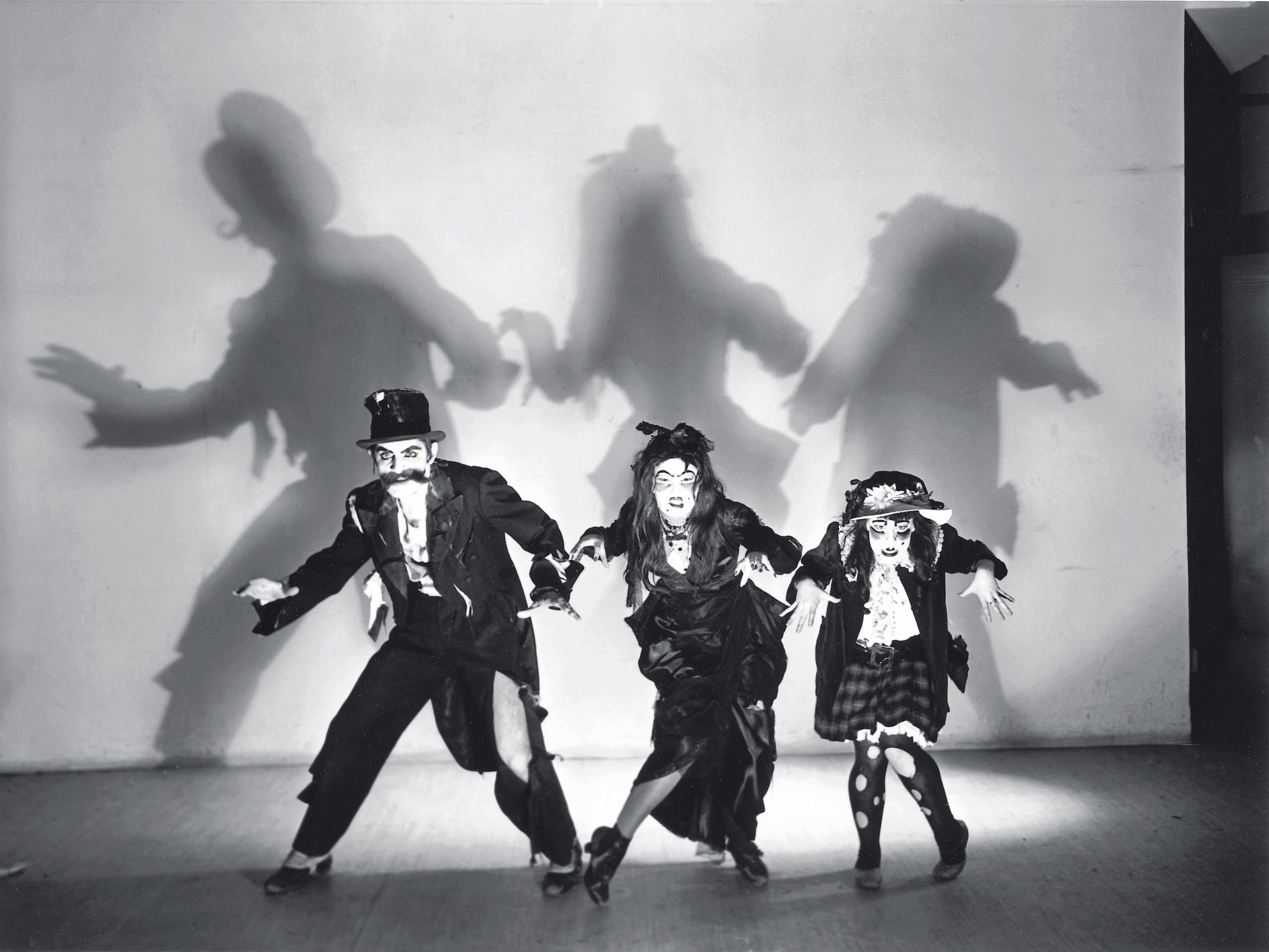 That he was always going to be a filmmaker was something Kubrick said he realised early on in his childhood. At the same time, he knew the leg up that photography gave him. “To make a film entirely by yourself, which initially I did, you may not have to know very much about anything else, but you must know about photography.” An idea confirmed by Jan Harlan, Kubrick’s executive producer, who says, “He always stayed a photographer.”

Stanley Kubrick: Drama & Shadows
This is the first book to document the early photographs of the director Stanley Kubrick. It explores how one of the most influential directors of our time used photography as a means to master visual storytelling techniques and cultivate his signature style.