Neha Mutreja traces the journey of O P Sharma, a man who played many roles, while pursuing his one true calling—photography.

This article was originally published in February 2012. “Unless you do enough homework, you cannot produce a good photograph.” Photograph/O P Sharma

Imagine walking 10km to save four annas for a roll of film. What would you call this? It is a passion to attain something that is close to one’s heart. This is the story of O P Sharma, a man who started with nothing else but a camera gifted to him by his grandmother. He made stalwarts from different fields leave all their apprehensions behind and pose in front of him. Some would break into tears, while others smiled and shared their happiness. On a journey to discover his calling, O P Sharma captured all these precious moments and more.

Initial Inspirations
“I was learning painting when photography happened to me. In those days, there were very few sources to learn this art from. But, members of clubs like the Lucknow Camera Club and refined photographers like P N Mehra, A L Syed and Krishna Kumar helped young enthusiasts like me.”
The Head of the Physics Department of the Lucknow University not only taught Sharma how to develop film, but also gave him access to the darkroom. After his first few hours in the darkroom, Sharma was hooked on to the idea of making a print on his own.

A Darkroom Romance
Sharma would spend hours trying to achieve a print that replicated the content of the negative. He took great pains to ensure that the print turned out to be exactly what he had envisioned. Once he familiarised himself with various darkroom techniques, he decided that he would never entrust the developing of his images to someone else. Delhi Calling
His desire to explore photography took him to Delhi, where he found a job at the Modern Public School. Thus started the next chapter of his journey—as a teacher of the photographic arts, he began to impart knowledge to the youth and also explored his own photographic potential.

An Eternal Love for Portraits
Making portraits is something that has been very close to O P Sharma and has been his lifelong assignment. From music virtuosos like Ustad Bade Ghulam Ali Khan and Begum Akhtar to the legendary painter, M F Husain, he photographed them all. “Teaching helped me meet people I had always admired. I would request them to pose and would show them the portraits that I had made in a controlled environment. This was all the convincing they needed.”
To make his portraiture sessions interesting, Sharma would engage in conversation with his subjects. Maybe, this is why a 10-minute portrait session with the then-Prime Minister, Rajiv Gandhi, would turn into an hour long discussion.

“ If you are presenting a unique idea, then, it becomes very easy to convince people, regardless of the audience.”

The Desire to Spread Knowledge
Teaching, publishing books, pursuing lifelong assignments—these were not enough to quench Sharma’s thirst. What moved him was the desire to disseminate photographic learning. And so, after writing to various councils, the India International Photographic Council was formed in 1983. Also, did you know that due to his efforts, today, 19 August is celebrated as World Photography Day? To achieve this, he did plenty of research, arrived on one date, corresponded with organisations worldwide and obtained their approval.
Sharma fell in love with photography so deeply that he did not pick up the brush again. This sums up the Urdu word, shiddat, which means an unparalleled intensity. When one pursues something with this intensity, it becomes the goal of one’s life, much like the way in which photography became the sole aim of O P Sharma’s life. 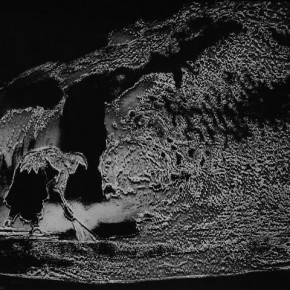 A darkroom craftsman, Sharma worked for two years on a process called the ‘C Technique’ to make this image. Photograph/O P Sharma 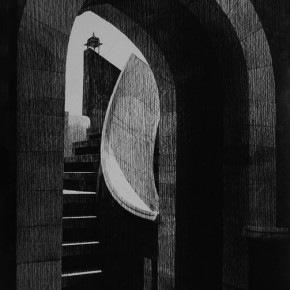 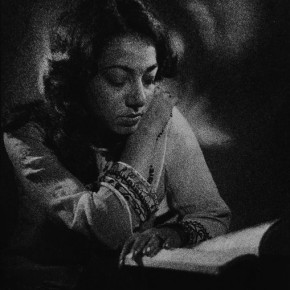 For him, photography has been all about making images of the people whom he adored and admired Photograph/ O P Sharma 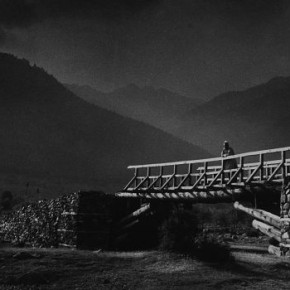 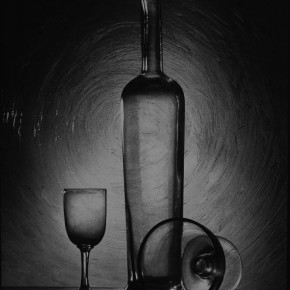 While Sharma is known for portraiture, he has always experimented in different genres in order to enrich himself. Photograph/ O P Sharma 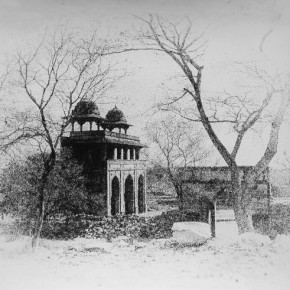 Made at Fatehpur Sikri, Sharma employed vignetting along with extraction to create this effect. Photograph/ O P Sharma 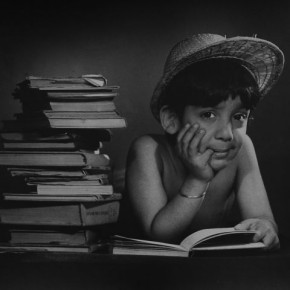 He was greatly inspired by the lighting techniques of Yousuf Karsh and corresponded quite frequently with the master. Photograph/ O P Sharma 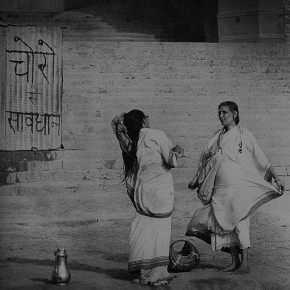 He and his family would often go out for walks across town in search of new subjects. Photograph/ O P Sharma