Priyanka Chharia glances at the magical world of Saul Leiter and pries loose the life of a living genius.

This article was originally published in November 2012.

The worth of a master’s life and works cannot be measured simply by the amount of newspaper articles written about him. On the other hand, one can never gauge the oceanlike profundity that lies beneath a quiet interior. Saul Leiter began photographing in colour in the early 90s, much before anyone else. He almost became a Rabbi, until he took a midnight bus from his parent’s home that brought him to the hustle and bustle of New York City. As a young adult in a big city, Saul befriended the camera; more than it befriended him. He was encouraged to take up photography, and finally bought a 35mm Leica in exchange for a few photographs.

The first time I saw Saul Leiter’s images, I was reminded of a couplet from Jelaluddin Rumi’s poetry. In more ways than one, Rumi’s lyrical ballads and Saul’s visual imagery collapsed into each other, despite their great divergence. I felt as if he had a lot to say, and yet his photographs left something unsaid. The imperfect harmony of Saul’s compositions intrigued me. I stared, gripped by the colours that were displayed before me; this was not just another beautiful photograph, it was a song being sung especially for me. During his years in New York, Saul’s sensibilites were shaped by artists from across the realm of visual arts. His early career as a painter had enriched and influenced his photographic work tremendously. His use of colour seemed to surpass the likes of Pablo Picasso or Andy Warhol. From the subdued reds, yellows, pinks to the mere black and whites…Saul’s photographs took me on a gripping visual journey from which I still reverberate.

“I have aspired to live and to work. I like to work, paint and photograph.”

Interestingly enough, Saul Leiter is often referred to as the Van Gogh of photography. Unlike his contemporaries, fame and recognition happened to him at a much later stage in life. His views on life are just as resolute as his photography skills, and he strongly believes that success is not always the criterion that ascertains the extent of an artist’s talent. “There are two kinds of people in the world—the ones who are successful and those who are not. However, it does not imply that the people who are successful are always better than the rest,” he says. “In the world that I have lived in, bad photographers make a great living and vice versa. I have nothing against famous people, but I never understood what attracts everyone to them.” According to me, Saul Leiter could easily be credited with initiating the ‘indecisive moment’ in photography. His images capture the mundane and the routine events in a city like New York. From taxi windows, a man drinking coffee to simply someone holding up an umbrella in the rain…Saul has mastered the art of photographing the everyday. “A lot of my work is from my neighbourhood. What is in front of you, can sometimes be the best subject for your photographs,” he says. Unlike several other photographers of his time, Saul never singled out the solitary spectacular moment. His contribution to photography lies in capturing the plainness of daily life and to subtly lead the viewer into a world of unannounced beauty.

“Photography is about what you do with it.”

In Pursuit of Happiness

When most other photographers of his time were busy documenting the plight of social life, Saul chose to photograph happiness and beauty. “Diane Arbus, who was a friend of mine, was attracted to strange and morbid things. Many photographers like to paint a gloomy picture of reality that is found contradictory to their personalities.” “There are several kinds of traditions in photography, whereby a lot of Depression Era photographers are considered to be some of the greatest image makers of our times. I do not know why, but morbidity seems to be a vital element in certain kinds of photographs,” says Saul.

“No one has ever told me that I am a bad photographer.”

Even after decades of living away from the spotlight, Saul Leiter is heralded as a genius by his peers and contemporaries alike. He lives with grace, dignity and contentment that is extremely rare to find in artists of his stature. “You cannot control what happens to your work…Matisse was once considered a purveyor of ugliness. Sometimes when I thought that I have achieved very little, I comforted myself by thinking that I was very young. However, the truth is that I had already done the work that people admire now, at a very young age. The fact is that I did not know the value that my own work amounted to.” As I glance at Saul’s images, I feel as if a repository of visual mysticism has been opened up for me…a constant stream of inspiration that I can use to enrich my perspectives on life, art and photography. Thus as I write this, I can not help but feel fortunate that the master’s greatness has rubbed off on me, if only in a little way. 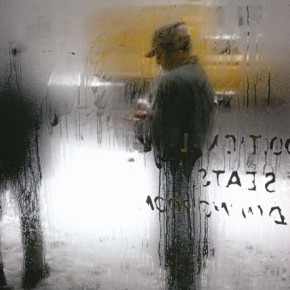 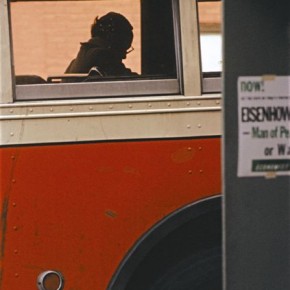 Saul began photographing the streets of New York in the early 90s. A lot of his initial work is considered to be his best today. Photograph/Saul Leiter 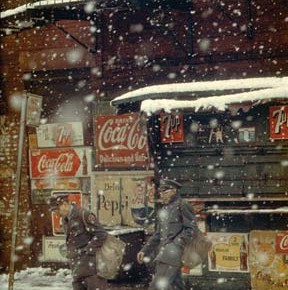 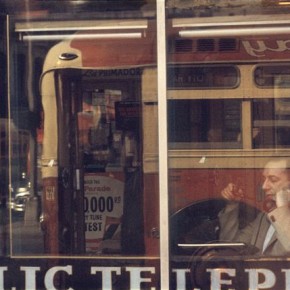 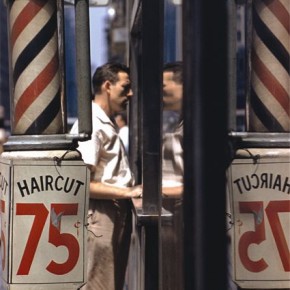 Today, Saul’s photographs are a vivid record of an era gone by. Photograph/Saul Leiter 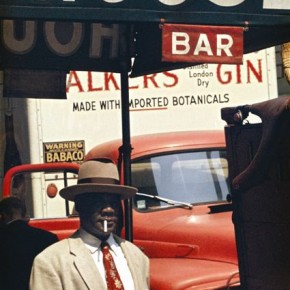 Most of Saul’s images are reflections from his own life and times while living in New York. Photograph/Saul Leiter 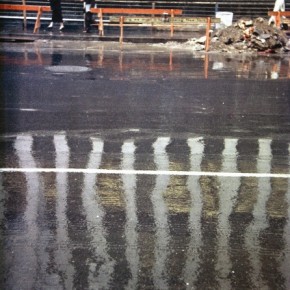 The blend of greys, whites with a dash of vibrant orange makes this image a distinctly unique street photograph. Photograph/Saul Leiter 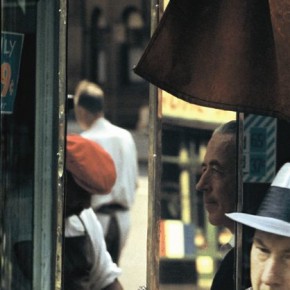 The tension in this photograph makes it a dynamic capture. At the same time, it doubles up as a unique street portrait. Photograph/Saul Leiter