Supriya Joshi takes you back in time to explore the life and times of Roger Fenton, one of the world’s first ever war photographers.

There are times when we look back at a particular genre of photography and wonder, how did it all begin? When it comes to war photography, I would rather ask myself why it all began. After all, if there were no wars, we would not require photography to document the destruction caused by them and their aftermath. As I pondered over this utopian idea, I came across the work of Roger Fenton, a British legend who is probably one of the first war photographers ever. Fenton’s body of work is very different from what we currently associate war photography with, but it has still immensely influenced successive generations of photographers. This is his story.

Beginnings in Painting
Before Fenton considered photography, he studied law at the University of London graduating in 1840.

From a very early age, he had an inclination towards the arts, so much so, that his interest in painting took over, and became a far more important part of his life than his law practice. Fenton learnt the nuances of painting under the tutelage of three painters from different backgrounds, Paul Delaroche, Michel Martin Drolling and Charles Lucy.The viewing of a photo exhibition, though, changed Fenton’s career path radically.

The Great Exhibition
In 1851, London played host to the Great Exhibition in Hyde Park, which displayed a variety of photographs. This was a time when the medium was in its absolute infancy. The daguerreotype had just been invented and early photographers were going through laborious processes to make pictures. These had a profound effect on Fenton, who immediately decided to takeup photography.

The Crimean War
It was 1855 and the Crimean War had been fought for over three years between theRussian Empire and an alliance of the French, British, Ottoman and Sardinian Empires. Until this point, wars were never documented. Fenton was asked by Prince Albert of Great Britain to make pictures that counter the antiwar reporting of The Times newspaper.

In fact, anyone looking at the photographs would not immediately realise that they were made during a gruesome war. No photographs of dead or injured soldiers, only posed pictures of troops, leaders and war-ravaged landscapes were seen. His reasoning behind this was to make his photographs more commercially viable, considering that one would naturally prefer a pretty picture to a gory one. There was a technical constraint behind his chosen style too.

Photography at that time was restricted to long exposures! This makes his work even more significant. Add to that the fact that he did not allow extreme heat, broken ribs and a bout of cholera to come in the way.

A Complete Circle
Fenton was a true pioneer, but his career did not end on an ideal note. He was forced to give up photography in 1862 because it did not give him much money. The scene in the industry was changing and Fenton felt that he could not compete. Sadly, he announced his retirement in October 1862 and sold all his equipment and negatives at an auction, so that he would not be tempted to start shooting again. His life went through a complete circle, as he got back to practising law, until he passed away at the age of 50, in 1869. It was only years later that the world recognised Fenton’s contribution.

In 2003, LIFE magazine included his Crimean War photographs in a book titled LIFE: 100Photos that Changed the World, introducing the master’s works to an entire generation. A love for photography, being forced to give it up and acclaim that is received decades years later—I ask myself, isn’t that the story of so many legends from the nineteenth century? Valley of the Shadow of  Death: Fenton’s most famous picture from the Crimean War is considered to be one of the most important photos of all time. He shot two nearly identical frames—one has the road full of cannonballs, while another shows a clear road. Some critics have speculated that Fenton deliberately placed them to enhance the photo. Photograph/ Roger Fenton 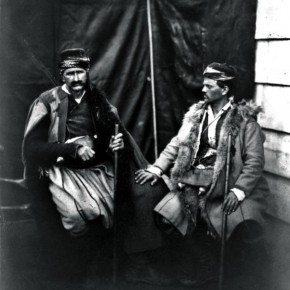 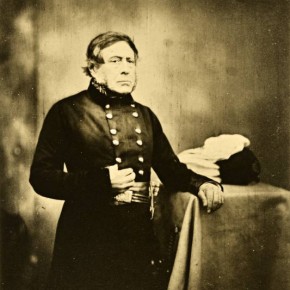 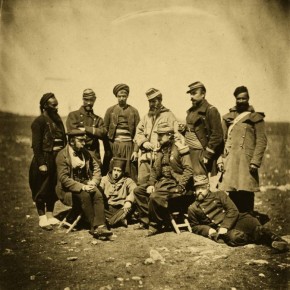 Fenton’s war photography was unconventional and was not bound by hard and fast rules. The languid nature of this photo is completely unlike today’s rigid battalion images. Photograph/ Roger Fenton 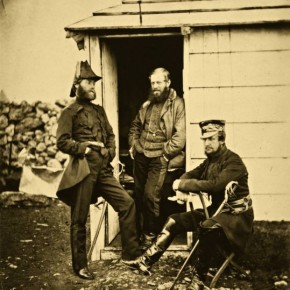 Often, Fenton would sell portraits made of the soldiers to them, making a little profit out of his work. Photographer/ Roger Fenton 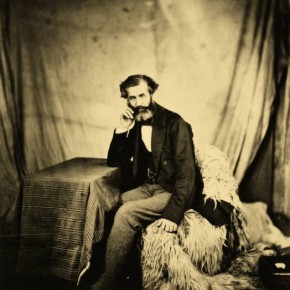 Fenton’s indoor shots displayed a discerning eye for detail that was used to bring out the character of the person in the shot. Photographer/ Roger Fenton 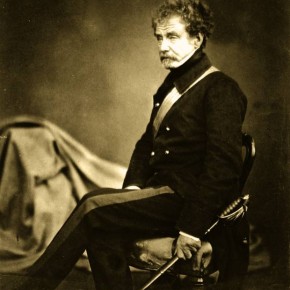 Many celebrated army officials were photographed by Fenton. This is a picture of Lieutenant General Sir Colin Campbell from the English army. Photograph/ Roger Fenton