Pablo Bartholomew ponders over how the meaning of photos changesover time, and talks to Raj Lalwani about memories, associations and life.

"The value of a photograph depends on who is looking at it.”— Pablo Bartholomew

Pablo Bartholomew has alwaysbeen known as one of the finestphotojournalists in the country.However, that is a crown that he wears with some discomfort, mainly because he does not actively practise the genre anymore.
While he talks about his current standing as one of the most respected names in Indian photography, he wonders, “Maybe I should work for a daily newspaper for sometime, not in an advisory capacity, but as a photojournalist who goes on field. I can be a little more selective in terms of which assignments I take up… I will not go and shoot portraits of any random kaddhuram.”
Humility, wit and an incessant urge to go past boundaries are qualities that define both Pablo the person and photographer. Not only do his pictures have a deep sense of intimacy, but also a nuanced understanding of the lives within the frame, an insider’sview and a celebration of the mundane. Behind the Iconic Imagery
As an admirer of his work, I always found it difficult to go up to Bartholomew and speak to him. To my surprise, despite his photographic stature and a personality that may intimidate the uninformed, Pablo is jovial and friendly.
Some of his most iconic work was produced during his photojournalistic days, including a World Press Photo award winning image of a baby being buried during the Bhopal Gas Tragedy.“I was not the only photographer at the scene, but then, most news images have near-similar versions by different photographers. Even if my images are published in India, my name does not suggest I am an Indian. I am not a Singh, Rai, Kapoor or Patel, so the common man does not connect as easily.”

“ A lot of work is put on a pedestal simply because there is no sense of education and awareness.”

Between Two Worlds
A conversation with Pablo Bartholomew is something like a movie that shuttles between two plots, or two settings, just like his photography that shifts between his personal and photojournalistic images.
“I enjoy travelling through eras. It is like looking at an old family album and seeing visuals you relate to, recalling precious memories. In fact, in another exhibition, I displayed my work along with my father’s photographs, trying to build associations that transcend the years.” Pablo’s father, Richard Bartholomew, was an art critic,whose photographs portray the art circles of his times. While Richard never formally trained him, both their works celebrate the personal, and use it to portray society. Visual Remnants of an Experience
From his early documentation of morphine addicts that won him the World Press Photo award at 19, to his current work that portrays the lives of Indians living abroad, Bartholomew’s work includes several genres and milestones. The binding factor that defines all his photographs, though, is a sense of warmth, intimacy and most of all, life. Pablo talks fondly about a picture from his Bombay series, “I never wanted to simply document the city. These photos are a collection of my experiences, of the life I have led and the stories I have in my bag.” 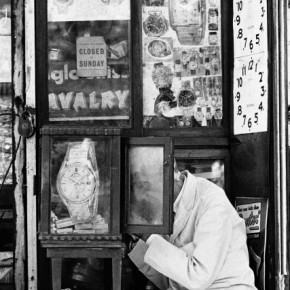 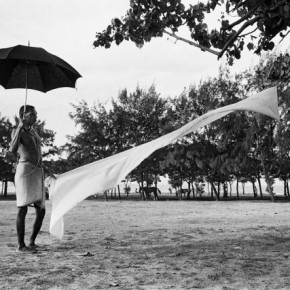 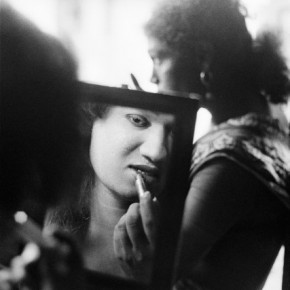 Eunuch making up in a mirror, Shuklajee Street, Bombay, circa 1979. Photograph/ Pablo Bartholomew