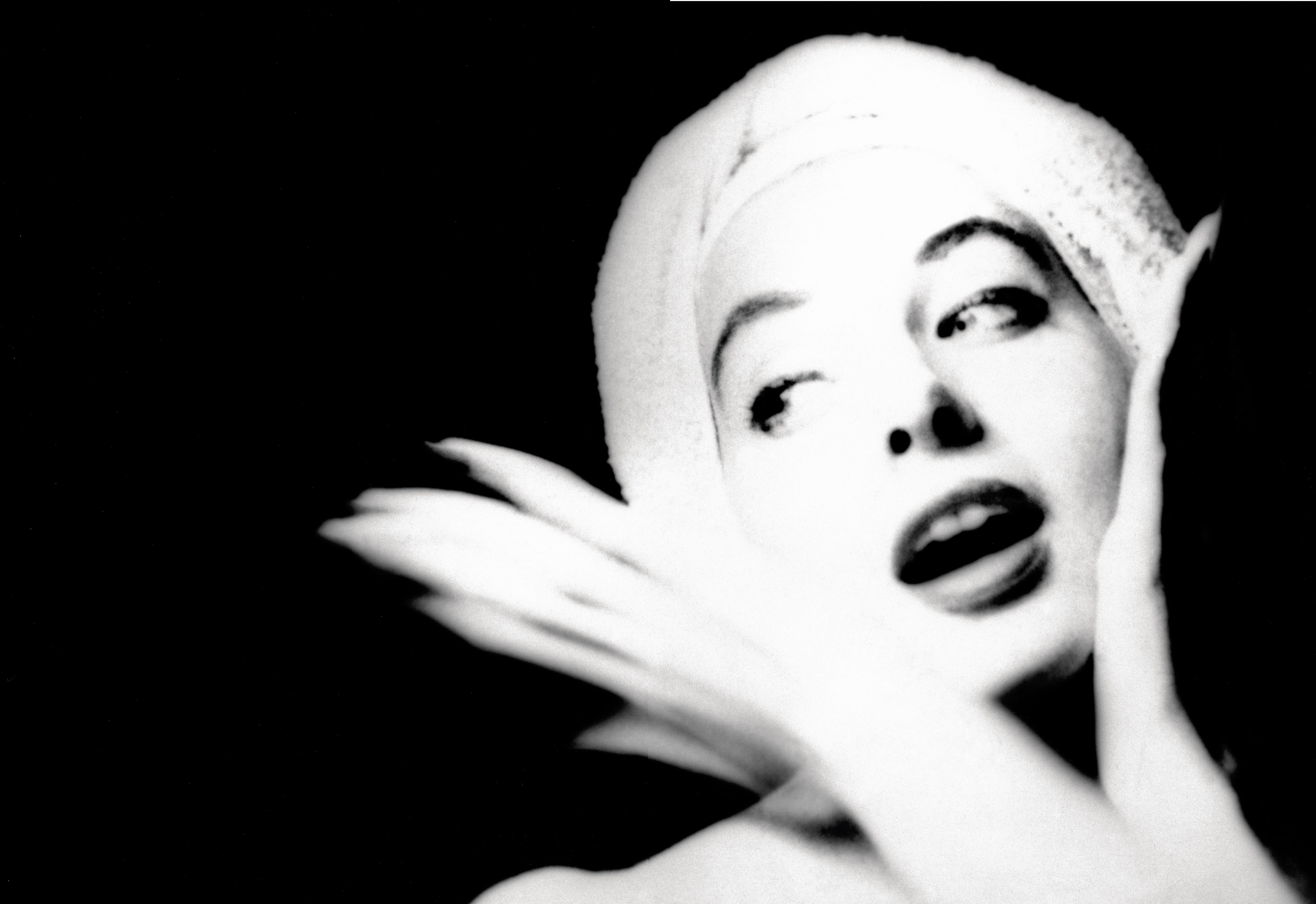 A Report to Skeptics, Suzy Parker, 1952. Bassman’s photographs are romantic and turn blur into a surprisingly focused expression of feminine feeling. Estate of Lillian Bassman © 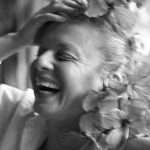 Sakshi Parikh ponders over  the life of Lillian Bassman, one of the most influential fashion photographers of the last century.

Lillian Bassman is the unsung revolutionary of fashion photography. Her vast archive of photographs, shot largely between the forties and the seventies, broke new ground as compared to the fashion photography of the day. The photos were not about models standing awkwardly in costumes, but explored the way they evoked emotions. She added meaning to these photographs by reaffirming what women wanted to feel when they wore the clothes she projected. She directed her subjects with precision and finesse, transforming the ordinary into extraordinary, one frame at a time. Her photographs were more than a documentation of beautiful women. They were a description of her ideal society.

A free-spirited daughter of bohemian parents, Lillian began her career by joining a fashion illustration night class at the Pratt Institute in 1939. There she was introduced to Alexey Brodovitch, the legendary art director of Harper’s Bazaar, who gently steered her interest towards graphic design, an influence that’s well apparent in her subsequent photographic work. He also hired her as his first ever paid assistant. 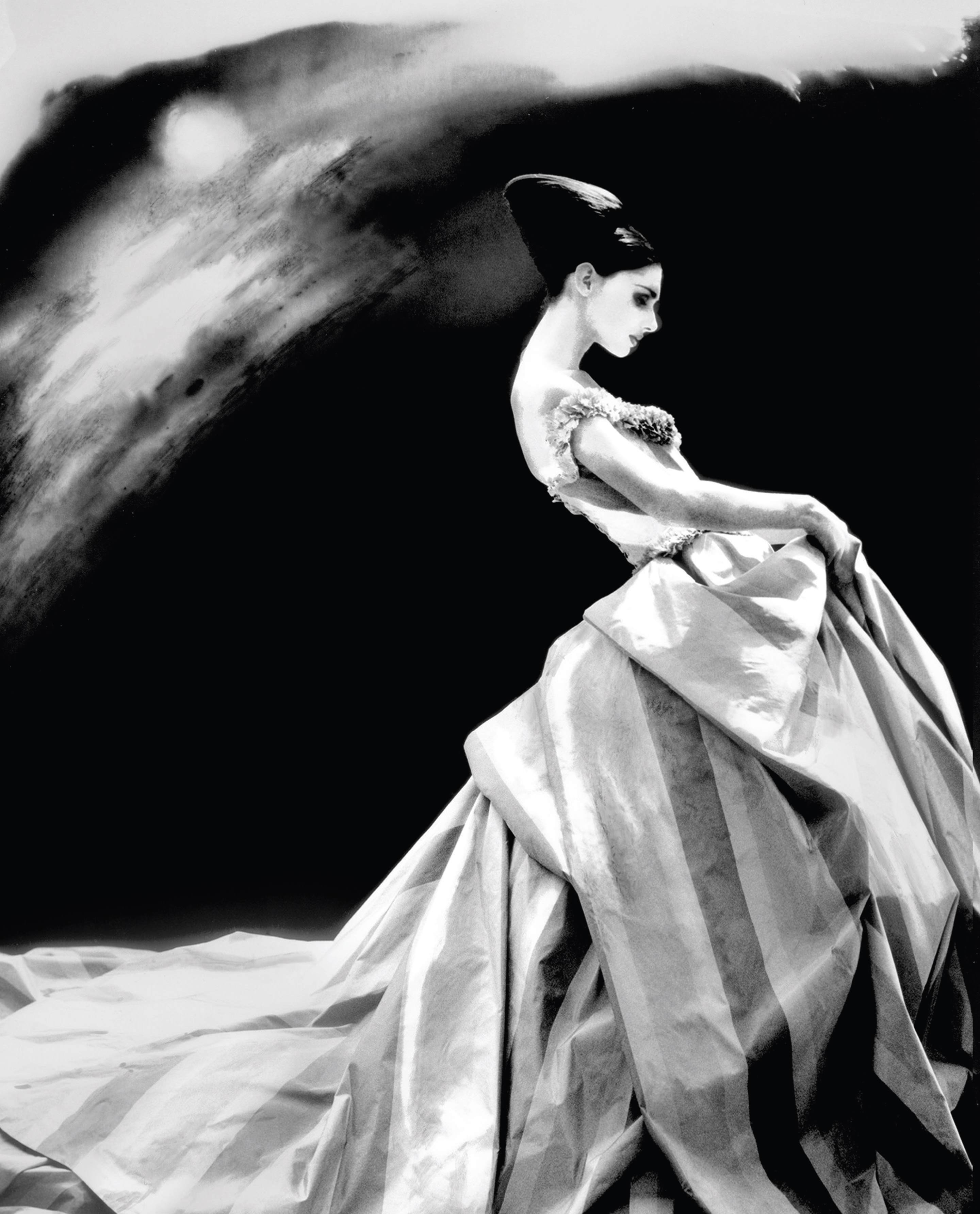 Night Bloom, Ball Gown by Haute Couture Givenchy by John Galliano. Anneliese Seubert, Paris. The New York Times Magazine, 1996. The women in her images have the kind of seductive expressions that come from keeping secrets. Estate of Lillian Bassman ©

A Walk through the Bazaar
In 1945, Bazaar generated its new spinoff called the Junior Bazaar, where Lillian was asked to be the art director, a title she shared with Alexey. As a discerning art director, Bassman rejected much of the fashion photography of that time, choosing only to work with Richard Avedon, Robert Frank and Louis Faurer, three young photographers who she launched. “She was the pleasant half of Brodovitch,” remembers Frank. To translate her own editorial vision and being inspired by these future icons, she picked up the camera herself.

“The women in her picures are inaccessible in a way that is very sexy. Even though they are posing, you get a feeling that they don’t know they are being watched.” — Samira Bouabana & Angela Tillman Sperandio, founders, Hall of Femmes

She began by developing George Hoyningen-Huene’s images in the darkroom during her lunch breaks. When Avedon left for Paris, he handed the keys to his studio and darkroom, giving her free reign to experiment as much as she would like. This is where she not only learnt to be a photographer, but also how to get exactly what she wanted out of her prints. Her darkroom methods matured before she was actually compelled to shoot.

“One thing she inherited from Brodovitch was her constant dissatisfaction with her own work,” says Martin Harrison, her historian. Lillian aimed at creating different versions of images from what the camera could actually see. And she achieved this through her outrageous darkroom experiments. Her alchemy involved using tissues, gauze, cigarette smoke and double exposure for diffusion along with potassium cyanide to bleach and burn for deeper tones. She expressed her true self through these processes that removed the hardness out of the pictures, and added obscurity, mystery and a timeless elegance. Her sophisticated imagery included photogenic drawings that exude a fluidity of movement. 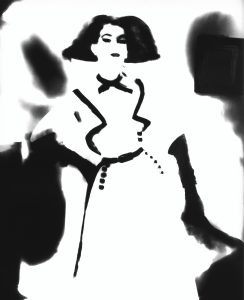 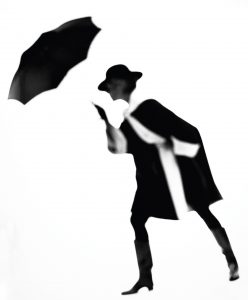 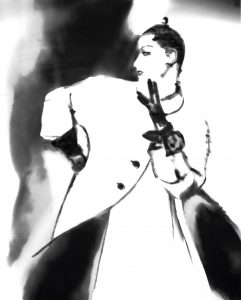 As a photographer, Lillian always maintained great chemistry with all her models, and groomed them with dexterity. She made them comfortable during shoots by asking them questions about their lives, which gave her permission to enter their world as a friend rather than an intruder. “Lillian truly lived through her eyes. Her sureness was in her mind, through which she created magic. She helped people know their true self by freeing their emotions. She had this real communication with the models, and the pictures prove it,” says American model Carmen Dell’Orefice.

She worked her way around intimate angles, seeing a side of the model that not many photographers saw, a side that was powerful, intense and extremely feminine. Lillian always said, “Glamour is the way that a woman moves. It’s the way her chin comes out of her throat and the way she holds her shoulders and her body. It’s the feeling that a woman feels about her. But, at the end, it’s up to the photographer to find it.”

A strong connection with dance is apparent in her practice, both as an elated form of recreation and something that helped her understand subtle gestures. After more than two decades of working as a photographer, constant frustration with the disillusioned state of the industry caused her to drastically destroy almost all her commercial work. She completely moved away from fashion and focused on making Cibachrome photographs of fruits, of cracks in the streets and distorted male torsos. Lillian also packed more than 100 negatives of her work in trash bags and stacked them away in her old apartment, which were discovered by Harrison several years later, in 1990. After much persuasion, she started reprinting digitally. 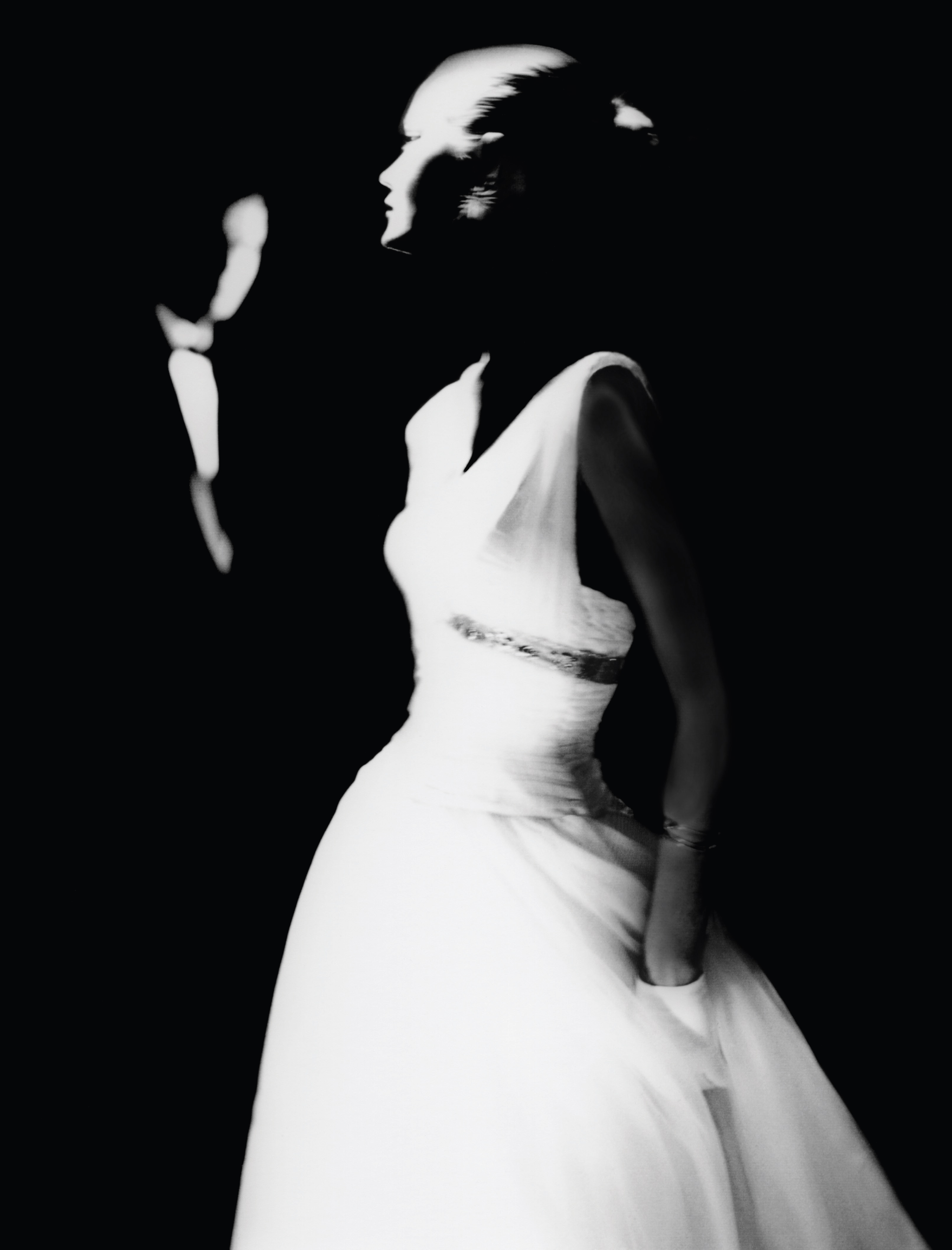 The Regeneration of Bassman
The reinterpretation of her fashion work received a brand new generation of admiration. The offers started rolling again, and she continued doing commercial fashion assignments even in her latter years, until 2004, at the age of 86. Her vision, of several decades ago, continues to remain fresh and this, combined with her printmaking, started gaining attention from curators across the globe.

Lillian’s images are a mixture of substance and photography. They are a perfect conglomeration of elements like drawing, caricature, theatre and surrealism. True to her conviction that ‘passion hates compromises’, her iconic work introduced the world to ever-transient women who projected subliminal grace. 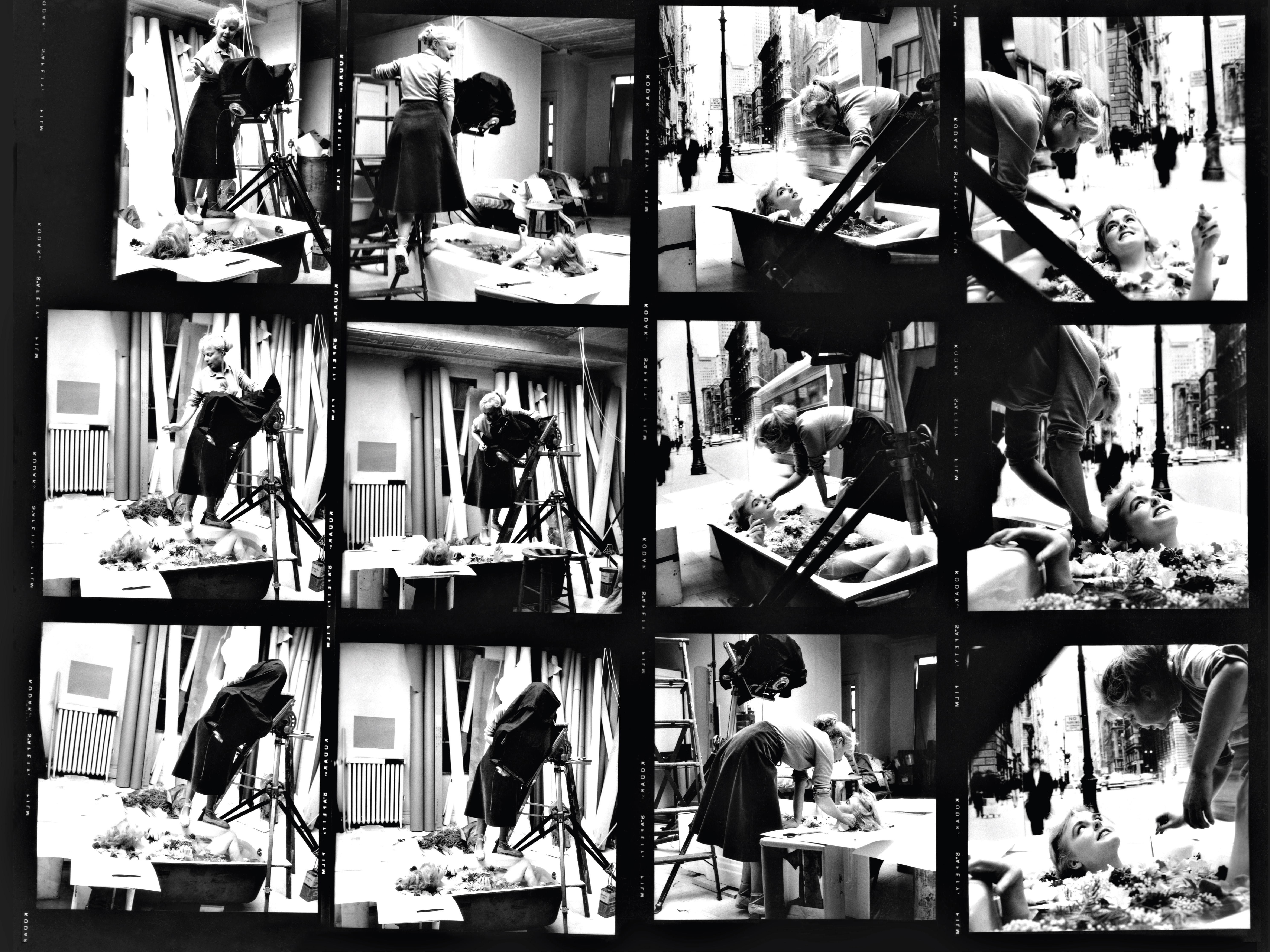 Lillian photographing an advertising campaign for Chanel perfume, New York, 22 November 1963. It was during this photoshoot when Lillian and her crew received the news of President’s John F Kennedy’s assassination 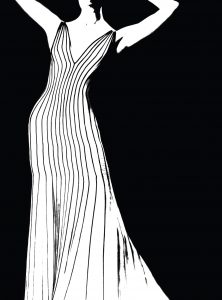 Dress by Thierry Mugler, German VOGUE, 1998. Lillian used fine paint brushes to develop her images. Her vision in the darkroom was more painterly than photographic.Estate of Lillian Bassman © 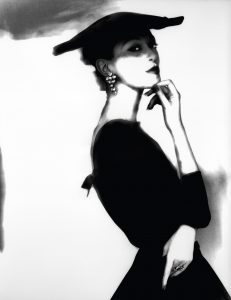 Barbara Mullen, Harper’s Bazaar, New York, 1958. She may be the only photographer who can make a hat seem less like a fashion prop than an extension of a woman’s emotional state.  Estate of Lillian Bassman © 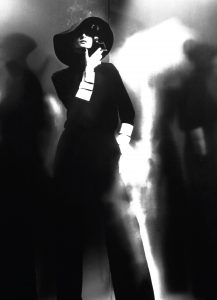 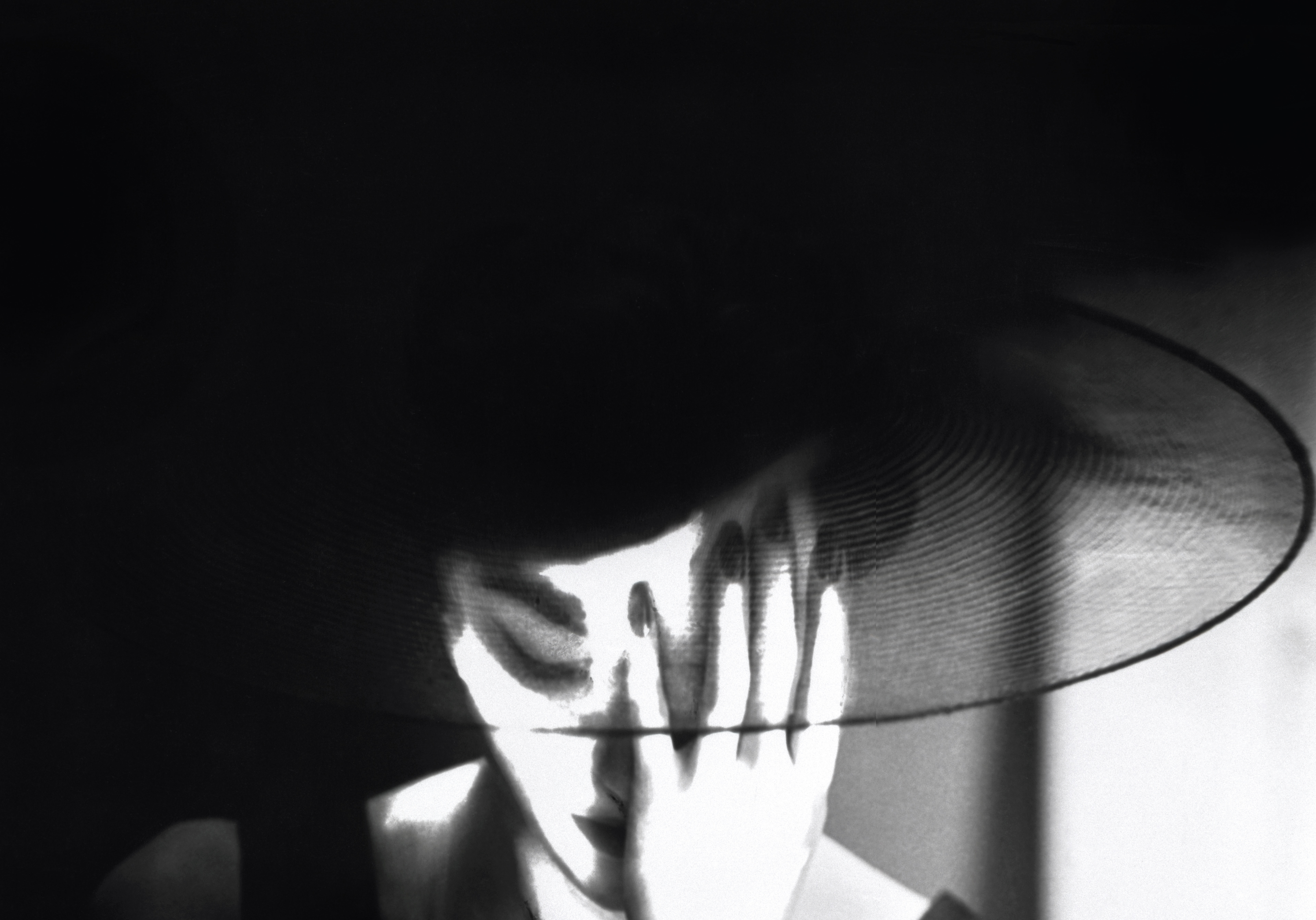 Mary Jane Russell, Harper’s Bazaar, New York (Hat), 1950. As someone who often photographed women wearing hats, this image is described as her most hat-centric, with the pose being a stark departure from the norm. Estate of Lillian Bassman ©