If Hine could not confirm the age of his subjects, he would count the number of buttons on their jackets for an estimate. Photograph/Lewis Hine

Supriya Joshi takes you on a journey into the inspiring lifeand photographic works of the reformist, Lewis Hine. What kind of images do you associate with the word ‘children’ ? Do you see vacant stares, tired bodies and scraggly clothes? Though it is unfortunate, children from the bottom rung of society have been suffering in silence for the longest time. It is quite easy to ignore these facts, but a handful of people have managed to bring these conditions out in the open, to bring about a change. Lewis Wickes Hine, sociologist, photographer and reformist, was one such person. While his photographs successfully portrayed their lives and conditions, the pictures have a positive, hopeful vibe about them that does not exploit the children’s situation.

Photography for Reform
A teacher by profession, Hine’s awareness of photography as a tool for social reform began in 1905. The times were changing, and people from different parts of the world were moving to America with the prospect of a better life. Frank E Manny, a professor and Hine’s acquaintance, offered him an opportunity to photograph the hordes of migrants that arrived at Ellis Island at the New York harbour everyday.

Hine agreed, and Manny asked him to portray them with the same dignity and respect as the immigrants who had founded America. He managed to captureover 200 stunning portraits despite the large crowds, a chaotic atmosphere and a simple 5 X 7 view camera. After he quit his job as a professor, he became an investigator and photographer for the National Child Labor Committee.

The Bane of Child Labour
Those were difficult times for the general public, due to the after effects of World War I. The living conditions were deplorable and families had to make do with every little penny they could earn. Even children were engaged in labour to make money. It was quite common to see children as young as five, working in coal mines, on farms and even as barbers! Determined to bring about a change, Hine set out to photograph these children. He wanted to confront the audience with images of vivacious children engaged in difficult work in an unfriendly atmosphere.

Though it was difficult, Hine would gain access to the areas where children were employed and try to photograph them. If he was refused entry, he would pretend to be an insurance agent or even a Bible seller! Since he was a teacher, connecting with children was quite easy for him. Besides photographing them, he would also note down details like their name, age, background and working conditions.

The Power of the Image
The most famous picture that Hine made in his pursuit to eradicate child labour, was Breaker Boys. The image depicted young children who worked in coal mines for upto 16 hours a day. Not only did the picture raise public awareness, it also helped setup stricter child labour laws. What cold statistics could not do, a photograph did.

Of course, after his hard-hitting commentary on child labour, Hine went on to make pictures that paid tribute to the dignity of labour. He was commissioned to document the construction of the famous Empire State Building in NewYork. Thousands of pictures were shot from unusual angles and later published in Hine’s book Men at Work.

Fading Away Into Oblivion
Despite all his success, Lewis Hine’s latter life was marked with sadness and professional struggle. People gradually lost interest in his work, and no one was willing to sponsor his projects, includingthe government. He lost his home and lived in extreme poverty till 3 November,1940, when he passed away. It is quite sad to imagine the life of this legend wasting away into oblivion.

Looking back at his life, I wonder—what really makes someone a legend? Is it his actions, or the legacy that he leaves behind? Or is it much more than that? What Lewis Hine did for society back in the 1900s still holds resonance even now. And that, according to me, is what makes the man truly great. 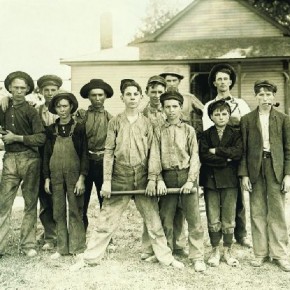 Not a lot of child labourers got a chance to be children. Here, Hine captured glass workers pose with baseball bats. 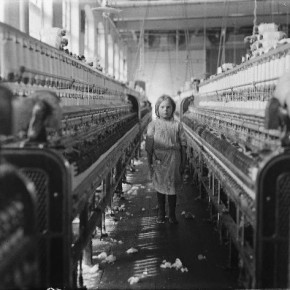 In response to criticism, Hine would say that more people would be aware of the gravity of child labour if they are confronted with reality. Photograph/Lewis Hine 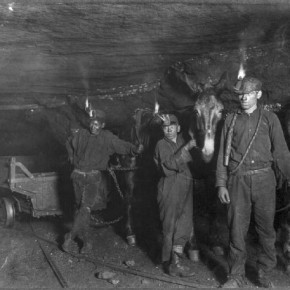 While shooting in coal mines, he would set up his camera and then ask a child worker to enter the frame so that it looked natural. Photograph/Lewis Hine 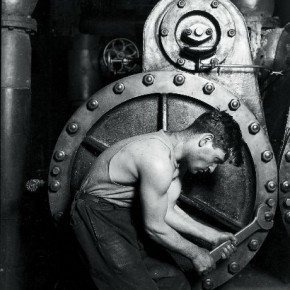 One of his most famous work, this 1920 photograph portrays a labourer working on a steam pump. Photograph/Lewis Hine 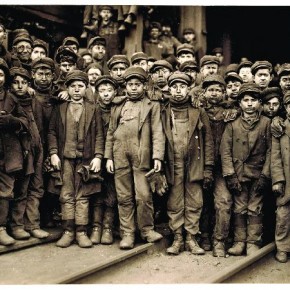