Learn From the Masters: Sanjeev Saith

Conversations with Sanjeev Saith are a lot about the passage of time, or lack thereof. Raj Lalwani finds out. 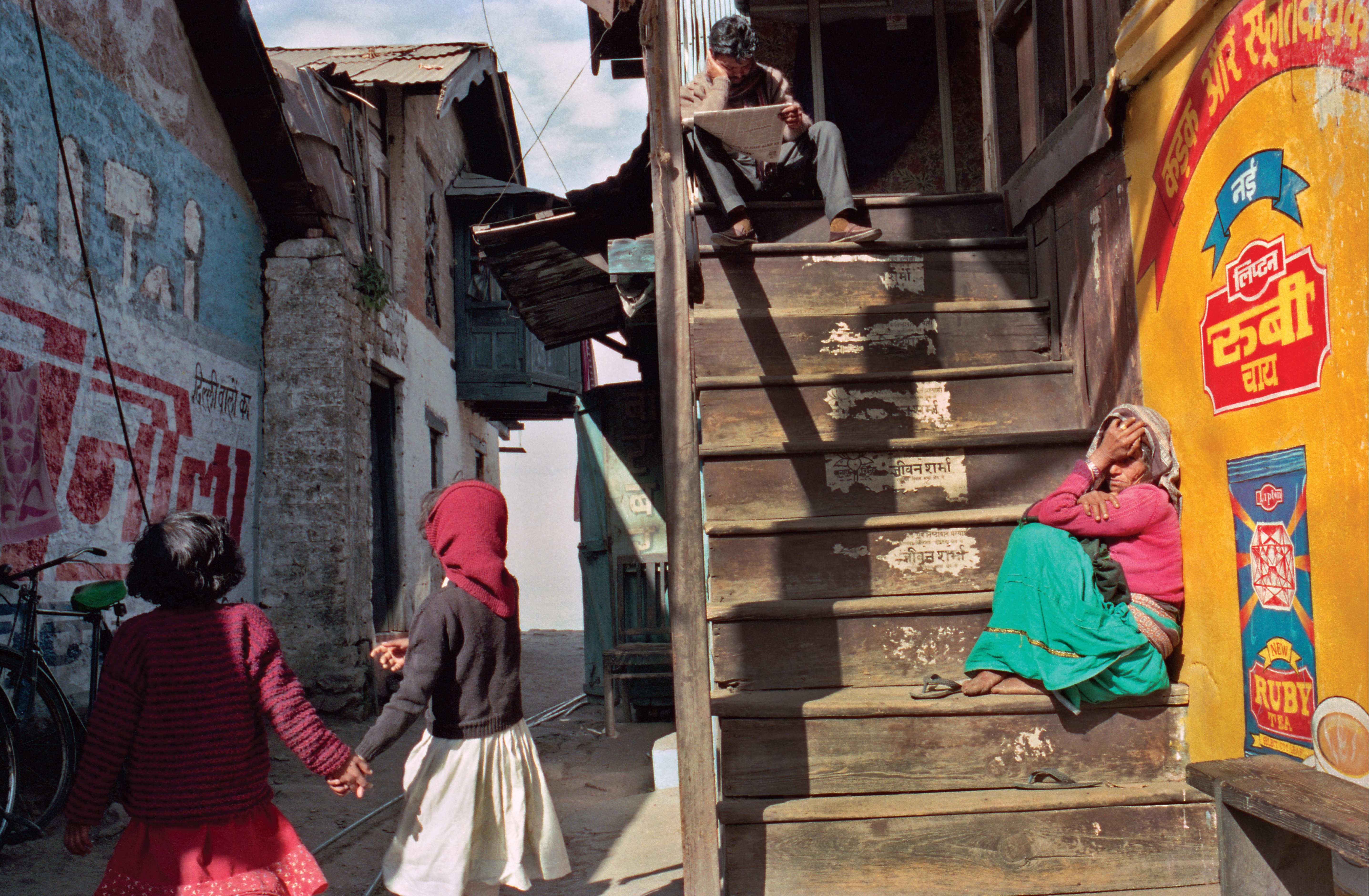 “Praise was hard to come by when you would show photos to Raghubir Singh,” says Sanjeev, but this was one picture that the legend really enjoyed.

Sanjeev Saith is one of the most important voices in Indian photography, but strangely enough, he hasn’t picked up a camera for more than a decade now. He speaks fondly of his love for the mountains, but lives in a quiet Delhi locality, rarely venturing outdoors. No camera, no computer, no internet or emails and since the last one year, no television either. “I do not want to be shouted at by a bunch of opinionated news anchors,” he says.

The Art of Deliberation

Time seems to stand still when discussing photography with Sanjeev Saith. In a day and age when all of us feel the need to be always connected, Saith leads a life that is much like a modern-day hermit. While his way of life is not necessarily by choice, it reflects in the quietude of his personality and his nuanced understanding of photography.

In a catalogue written several years ago, Sanjeev had spoken of his constantly evolving relationship with photography, including a few occasions in life when he had kept the camera away. It is obvious that even at that time, Saith treated photography with reverence and deliberation. Cut to 2013 and he says something that strikes an immediate chord. “Almost everyone seems to be in a hurry. Air your head, let your mind lie fallow for awhile. It is not about getting a certain crop a year.” 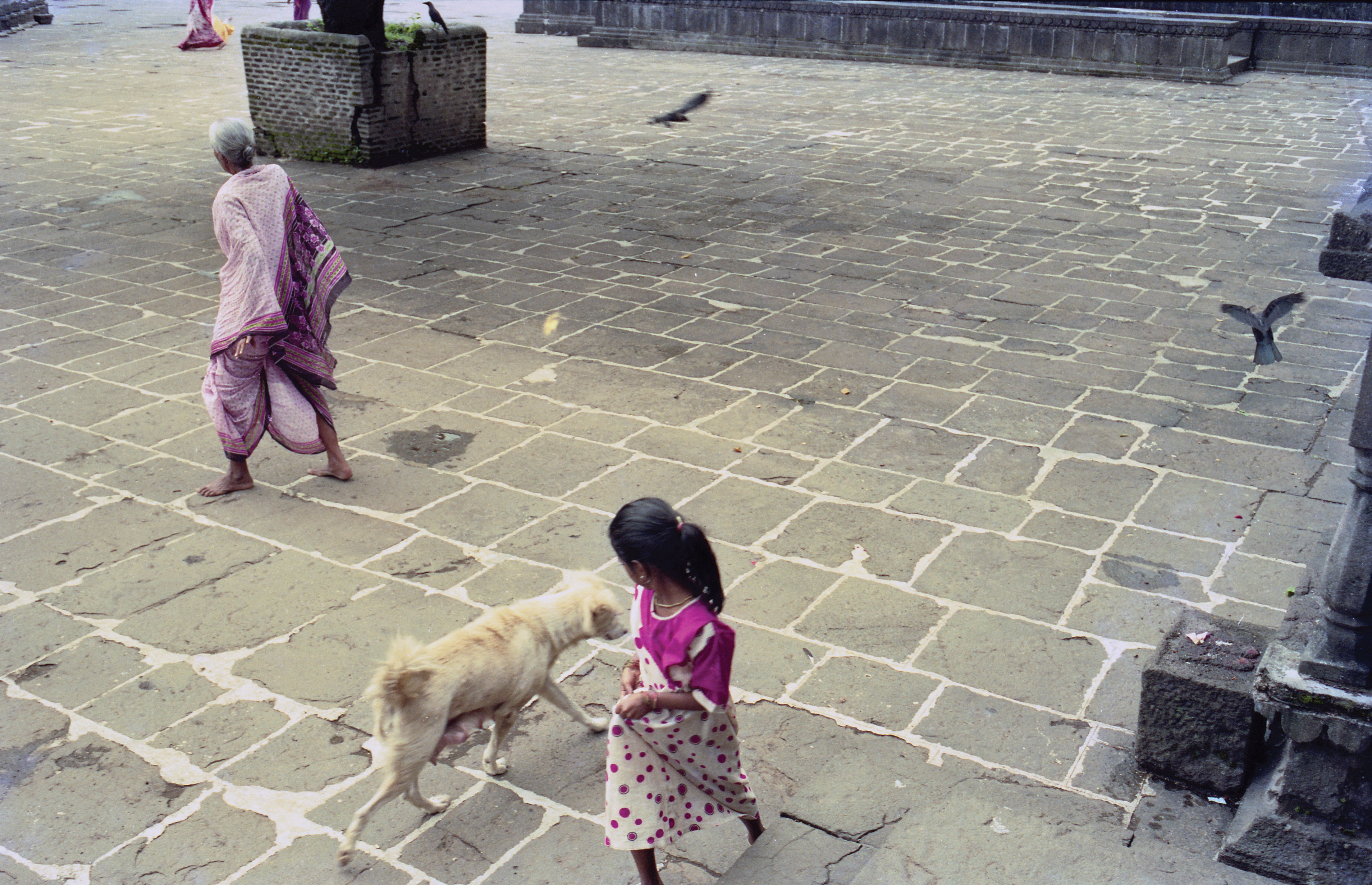 The traveller in him has always been attracted to certain places. But instead of being bound by themes, photography, for him, is a picture at a time.

“What is art, and what isn’t, is just a personal fetish.”

It is this calm and carefully thought-out outlook, along with his sharp and perceptive eye that explains why so many photographers look to his opinion while making their final edits. “A lot of people come by, and I get to see a lot of young work. I think it is something about this age. A lot of youngsters between the age of 24 and 27 are doing fantastic work.”

It was around this same age that Sanjeev himself, had started a close association with the legendary Raghubir Singh. “He would sometimes call me at seven in the morning and tell me that he was in Delhi. I had to show up in an hour. I would drive him around the city, something I did for almost five years.” The connection did not surprise me. Besides Raghubir who pioneered colour photography in India, Saith was one of the few who actively used colour negative film in the early nineties. 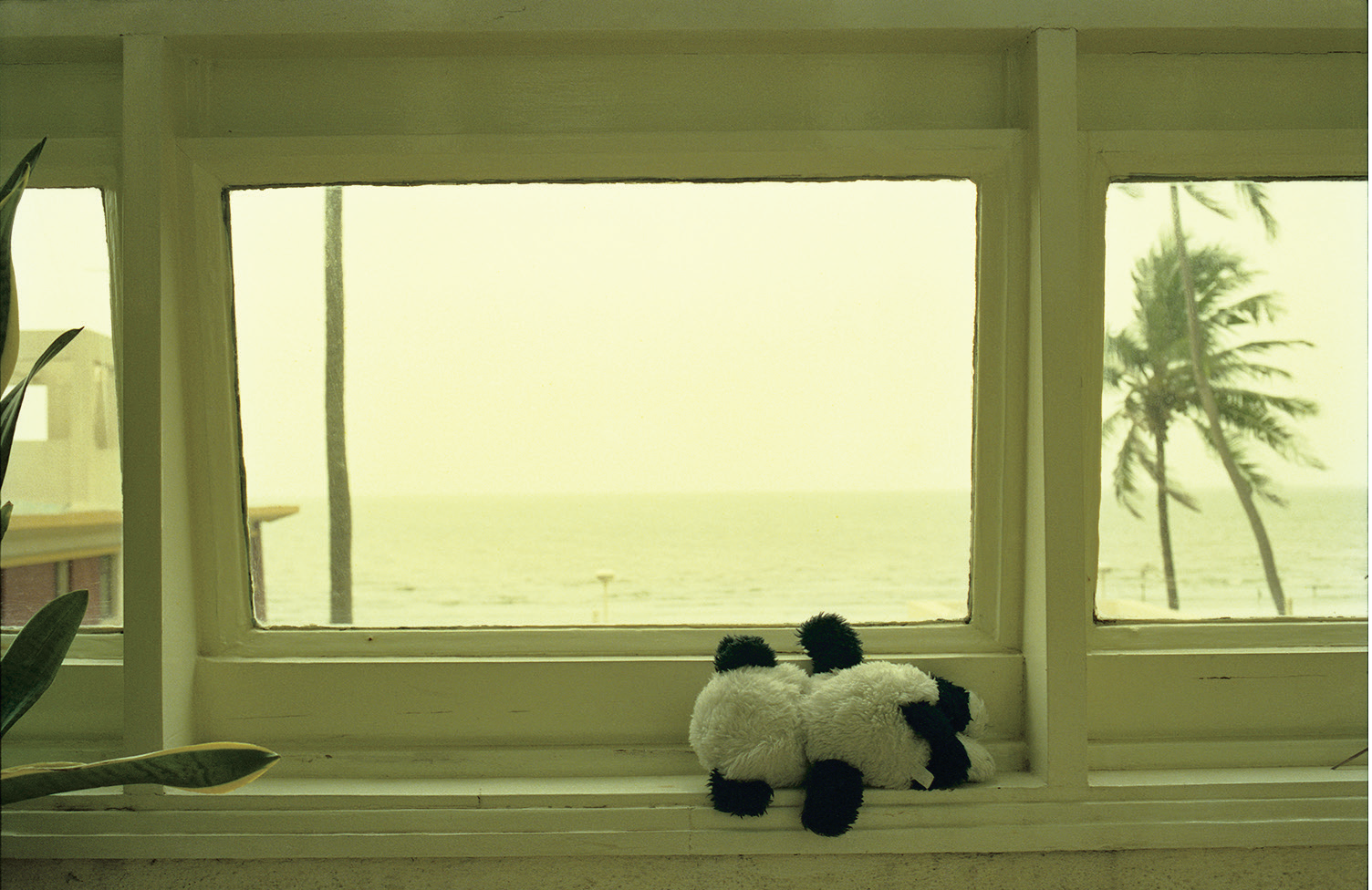 “I have never used a digital camera, but used a cameraphone to preserve the memories of my elderly parents.”

“I am a colour man,” he says, “a man of the streets.” Sanjeev has opened several boxes of prints, which seem to resemble Pandora’s proverbial box. A lot of us nowadays forget that the beauty of a photograph is in holding it, in the tangibility of the print, something I rediscovered that afternoon. Whether it were gorgeous mountainscapes, street shots of the banal, as a photographer, he is always empathising. I am reminded of what Sanjeev himself wrote in the exhibition catalogue, “My photographs are a temporary record of fleeting insights into the lives of others around me. Like reality, like me, like the subjects, they too, in time, will fade.”

Away from the Limelight

In a world where ‘being seen’ seems to have as much importance as seeing, it is refreshing to meet someone like Sanjeev Saith, who has stayed away from the limelight. “It has not been out of choice,” he says. In the early nineties, Sanjeev’s mother fell ill, and he gradually reduced the number of assignments he would take up. When his parents’ health seriously worsened in 2002, he quit photography altogether. “It was either this, or that. I couldn’t have done justice to my photography and taken care of my parents at the same time.” 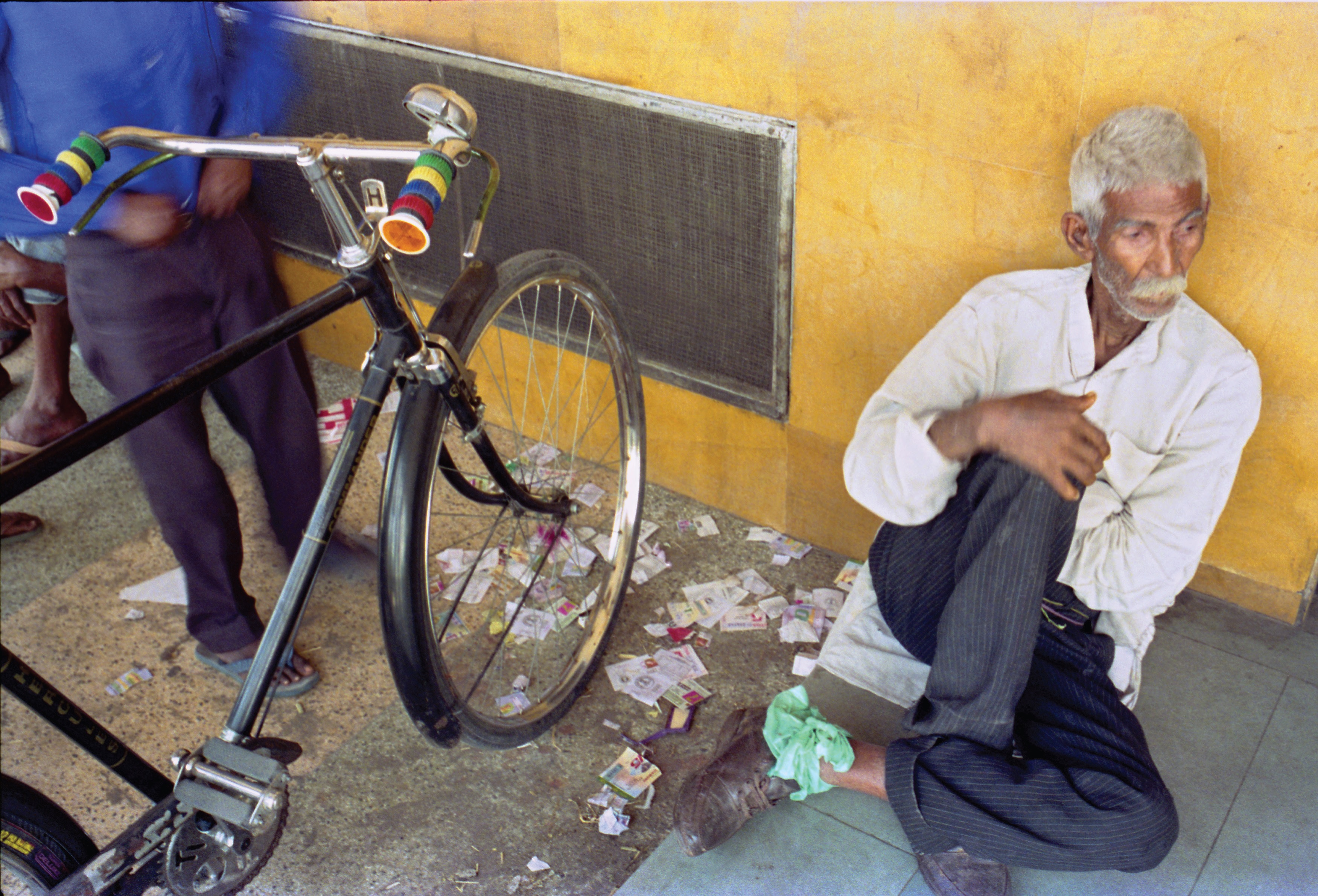 What surrounds the protagonists in his photos is equally important—the objects, colour, the geometry.

“Even as a kid, I had recognised the power that photography wielded, in constructing my own personal equations.”

As the conversation continues, more layers seem to unfold. He has almost climbed Mount Everest, just one day away from climbing the final summit. In 1996, he cofounded IndiaInk with journalist Tarun Tejpal and in the following year, published Arundhati Roy’s The God of Small Things. The cover of the iconic book, a photograph of lotus leaves is probably his most widely reproduced photograph.

He seems to have led multiple lives, each of which he has related to, with singular devotion at that particular instance. These are lives that haven’t crossed each other’s paths, but they all intertwine to make him the person that he is, today. 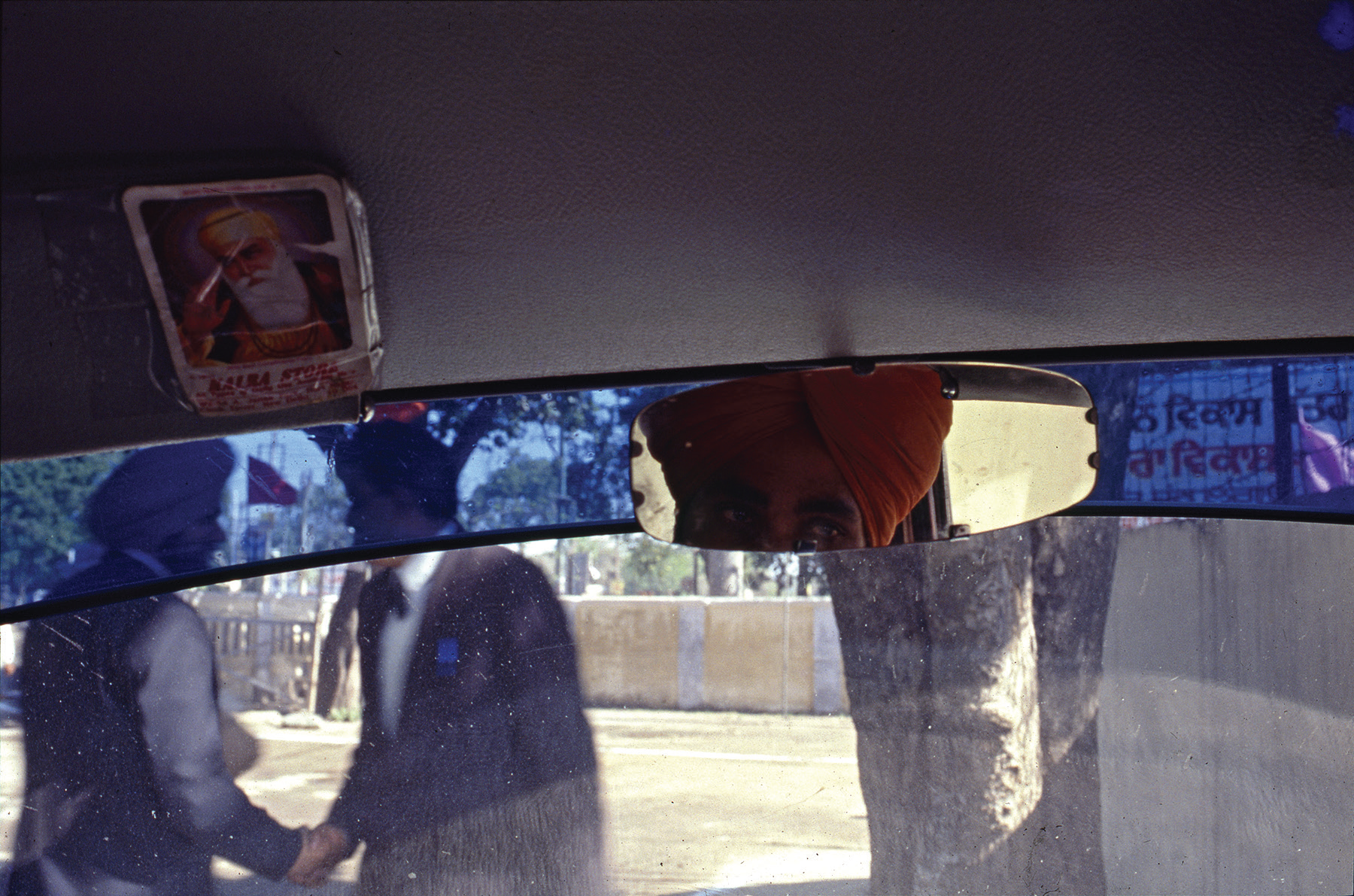 He would constantly question himself as to whether his way of seeing could maintain objectivity while photographing people and their stories.

“More than to show, I shoot in order to see.”

Sanjeev Saith is matter of fact about his choices, without making them sound heroic, or without any tinge of bitterness. Regret, maybe, at time lost? I ask him this question and immediately realised I was wrong. Life is about making the right decision at the right time. There is no hurry. “Do I miss going out there with a camera and shooting a picture? I do, sometimes, but not as much as I miss climbing a mountain,” he says. 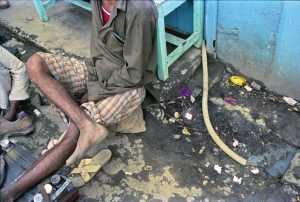 Compositionally, his photos seem simple, but almost always have a series of spiralling lines and connecting elements. 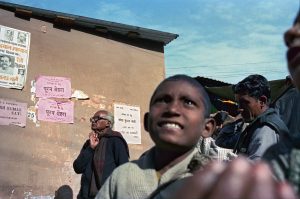 Though most of his street shots have people, they are more about mood, and less about the people themselves.