Laura Letinsky’s rendition of still life photography is woven through various layers of emotions and transformations, as Sakshi Parikh finds out. 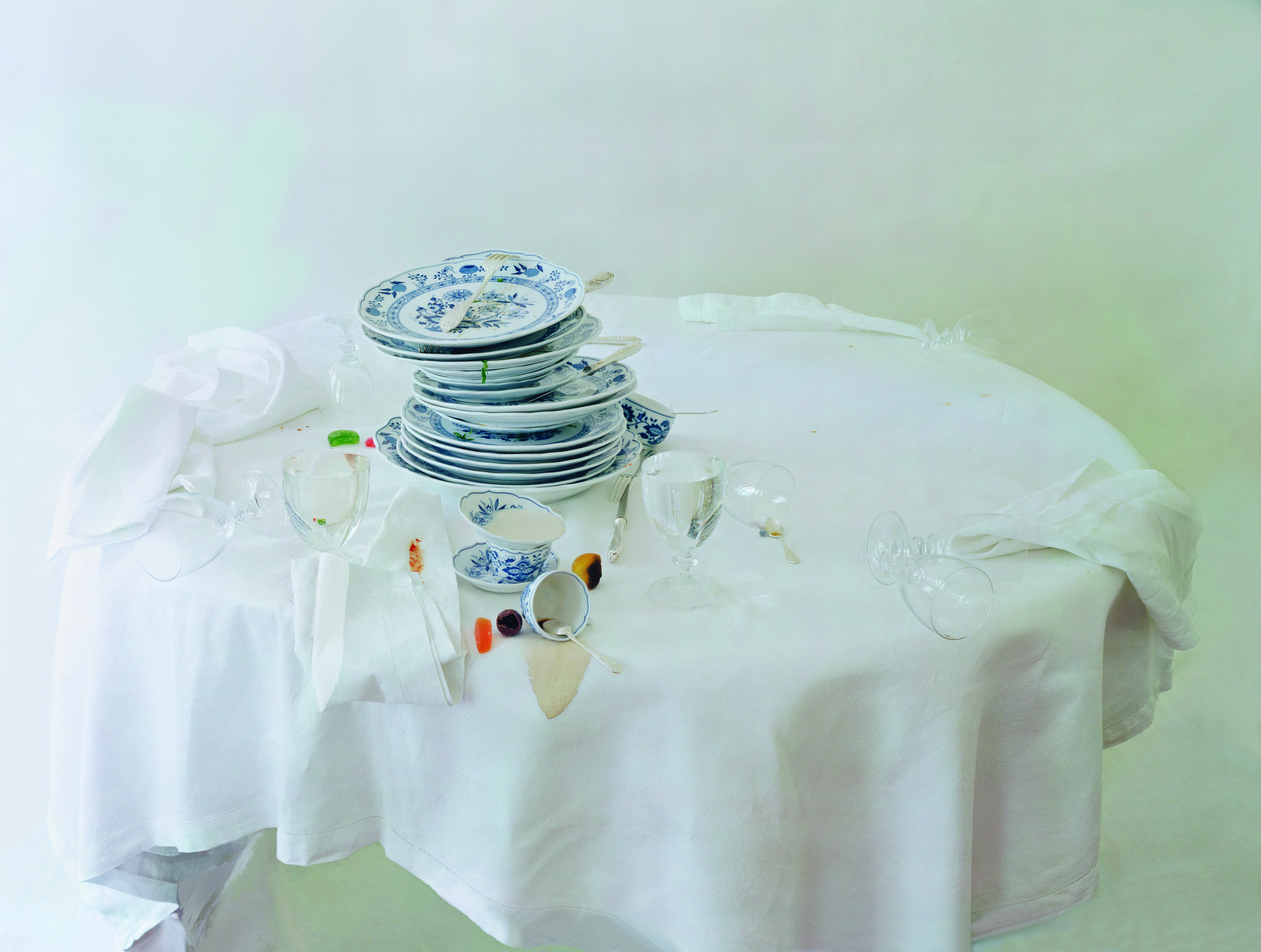 Untitled 1, from the series Roma, 2009. All the photographs from this set were made at a chain of historic hotels called Palazzo, in Rome. 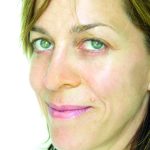 She walks into her studio with a sense of familiarity. She reexplores the space and tries to build visual relationships. A certain point of tension is achieved that marks the beginning of an arrangement. Laura is not interested in individual objects as much as the whole frame. There is no prescribed method, but there is an insight. It builds slowly and goes on for hours… sometimes, days.

In her studio, she isn’t Laura Letinsky, one of the most remarkable voices in still life photography today. She is simply on a quest to create something meaningful, using art to comment on love and longing, on the forgotten and the remembered, on the fleeting and fragile, on obsolescence and neglect, and on society’s materialistic attitude. Symbolism lays the foundation for her work. She uses it to develop subtle connections. “I like working alone. I feel protective of my thoughts in the studio. I can’t let go of them and the presence of people does not allow me to take my own time to think” she says.

Expectance and Acceptance
Before stepping into the world of still life, Laura worked with portraiture. Her book, Venus Inferred includes intimate portraits of couples wrapped around the politics of home. Yet, she missed a sense of freedom. At the time, she was moved by the depiction of mortality, decay and other human problems in 17th century Dutch Vanitas paintings. She became more and more drawn to commonplace objects because she felt that, unlike humans, they did not aspire to be something else.
Her early work implies human presence without them being there. For instance, in her series Mornings and Melancholia (1997-2001) she documents the aftermath of a dinner party, the morning after. In a sublimely silent way, her frames show a deep pining for the presence of loved ones, much after they have gone. 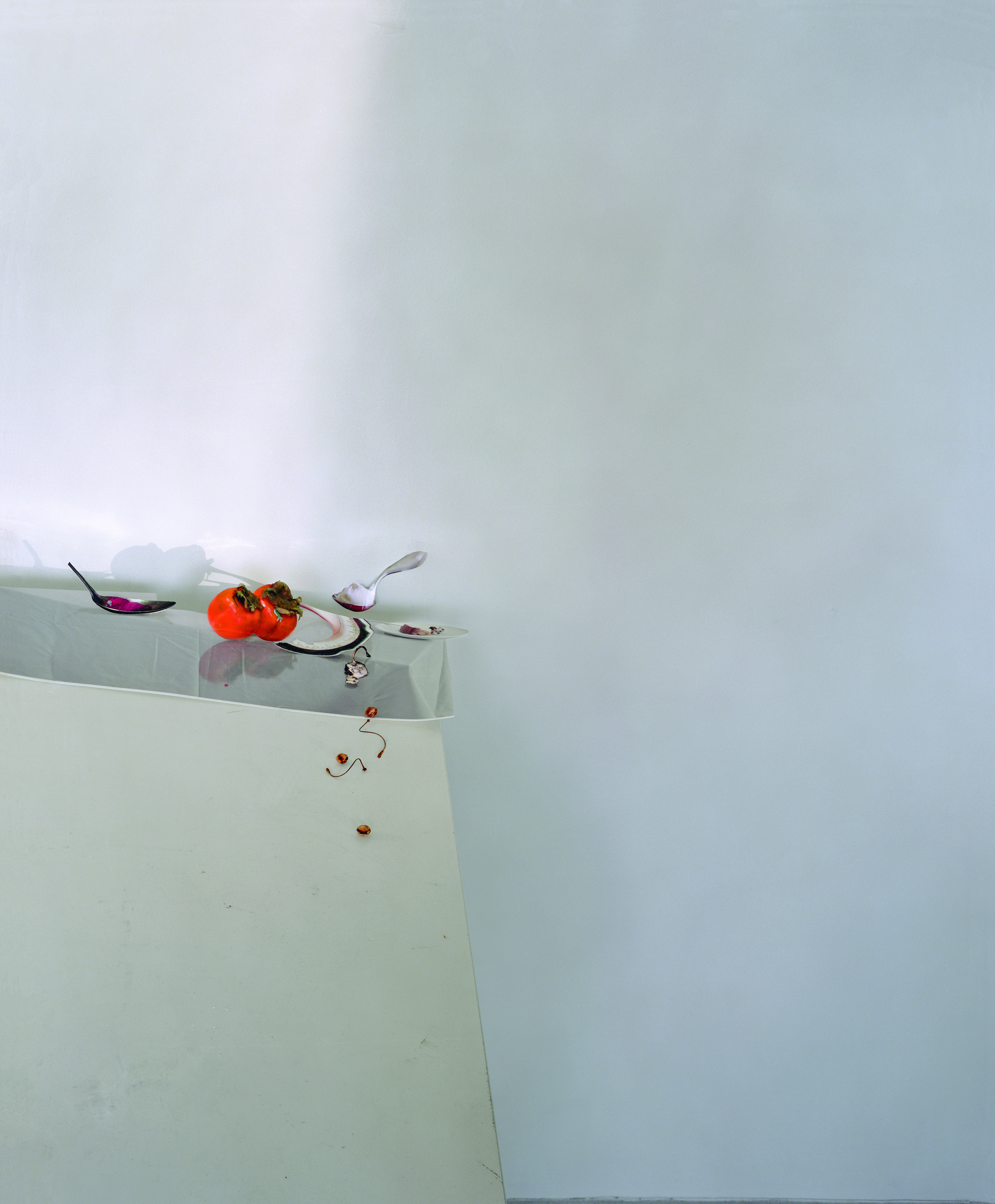 Untitled 12, from the series Ill Form and Void Full, 2011. Despite the use of cutouts from her previous photographs and elsewhere, Laura says, “the term ‘collage’ isn’t applicable to this series as the pictures are made in my studio, and not as flat scenes.”

“These images are all metaphors for what has remained and what cannot be avoided.”

A common thread that runs through her work seems to be about impermanence, fragility and decay, especially visible in her work Hardly More Than Ever (2004). Her subjects include leftover food bits, peeled fruits like an overripe melon, plastic containers and so on. Observations of forgotten details, the remains of daily survival, and pleasure, are an inspiration for this series. It shows her transition from the idea of romance and yearning towards acceptance, where she tries to create art from whatever is available.

More recently, Laura has been drifting away from the vicissitudes of romance. She finds it distracting and ‘an effective strategy to forget about our day-to-day problems and needs’. She comments, “Romance takes our mind away from real-life concerns. In my photographs, I try to problematise the idea of longing, the kind of work that romance is accomplishing. It is a hard task. Romance is integral to creation and the lack of it is non-pleasurable.” 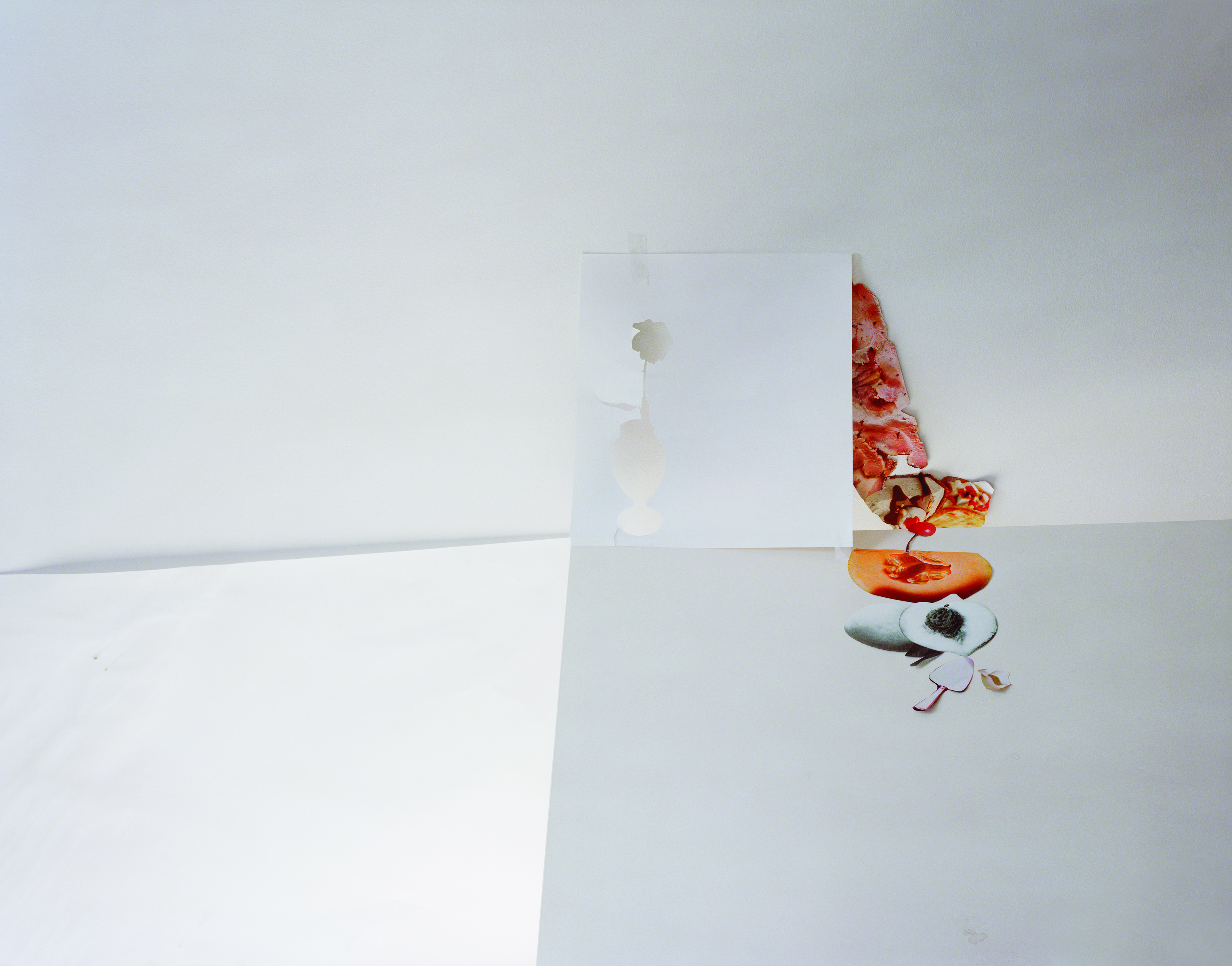 Untitled 29, from the series Ill Form and Void Full, 2011. The delicacy of her compositions is heightened by her careful creation and positioning of shadows,  to beget a sense of three dimensionality.

Laura defies conventions in food photography by often including the other end of the table in her photos, and by letting spaces, planes, lines and shadows add to the emphasis and narrative. It is fascinating how she arranges her compositions, and plays with geometry. In her new photo series titled Ill Form and Void Full, corners consciously meet the edges of her frame, thereby creating both a point of closure and a way for the eye to move. Yet, viewers are compelled to navigate by making their own choices of viewpoints, rather than having one omnipotent object chosen as the centre of the composition by the photographer.

“Photography is All About Obsolescence”
Laura elaborates on this statement by saying, “We live in a world where photographs demand more photographs. They generate a need for desire. My understanding of desire is from a psychoanalytical point of view. Desire involves something being just out of reach—close enough that we know it is there, but not close enough, that we can have it. Capitalism also operates on the system of craving and incentivising desire. Our constant hunger for images also demands a constant production of photographs so that not one of them gets appreciated. I don’t think there is a way out because being a part of this image culture is just so satisfying. My photographs from 2010 are a way for me to try and address the burden of capitalism and desire, and to propose some other way of seeing the world and being a part of it. At the same time, it is probably futile.”

“I want to create an illusion of perfection. A picture is a lot of hard work that comes together and performs itself as an illusion, as perfection.” 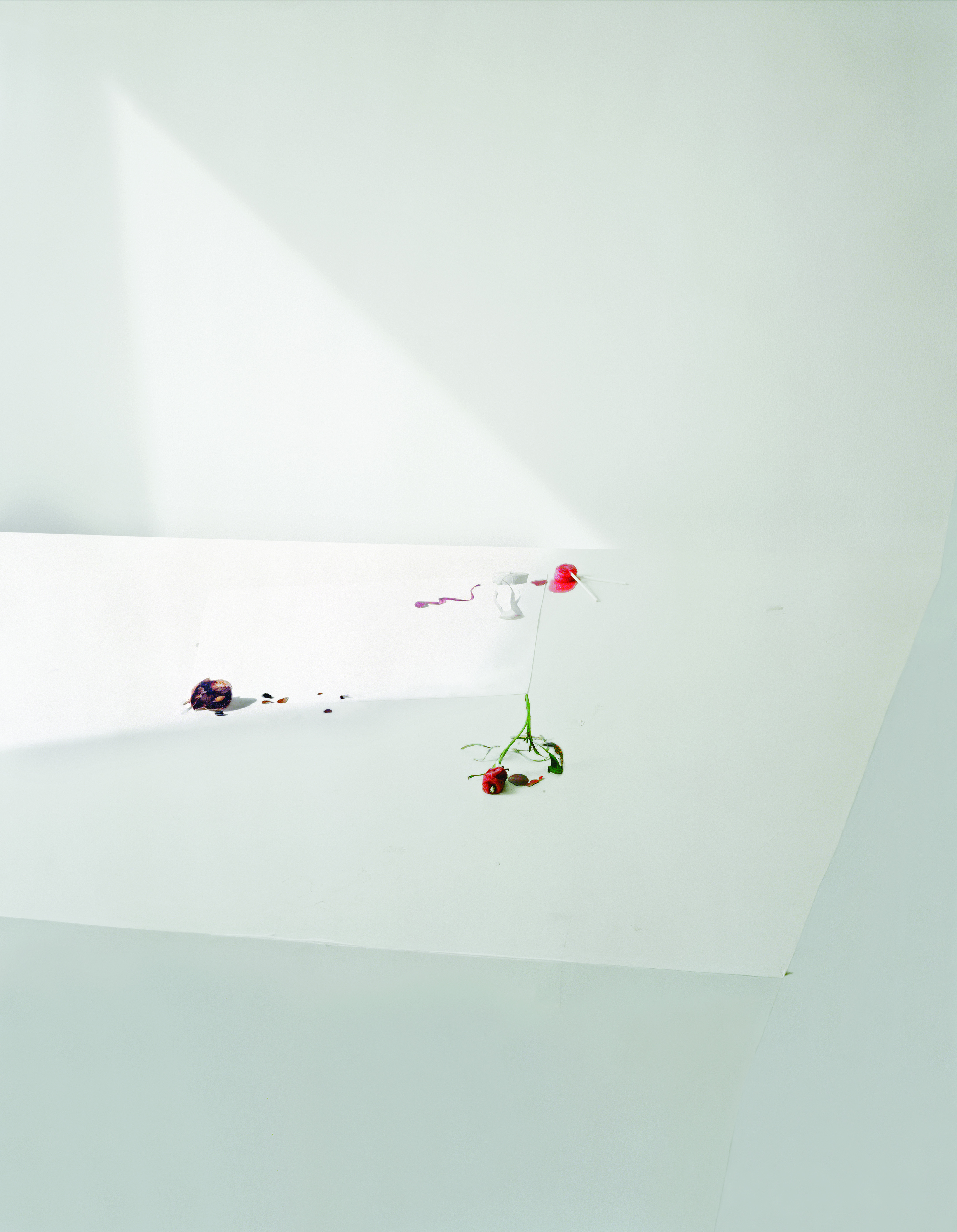 Untitled 21, from the series, Ill Form and Void Full, 2011. Notice the common elements between the images in this series and Untitled 54, to the right.

Bringing about a Change
Laura removes romance from Ill Form and Void Full by using her old work and magazine images as raw material. Contrary to the meticulous care with which she created her earlier work, she has allowed a certain shoddiness to creep in. On being asked about ‘consuming’ her own work, she laughs and says, “It’s cannibalism! I think photography is a promiscuous medium. It feeds off of itself and it is kind of interchangeable. This particularly seems so easy with digital reproduction and transmission. For me, the pivotal moment occurred when the soldiers of Abu Ghraib took photos of Muslim prisoners being held, and the kind of torture they were inflicting upon them. The way those photos were available around the world minutes, rather seconds, after taking them, shows how oddly immoral photography and its consumption can be.”

She feels deeply about this and wants to contribute in bringing about a change. “Using my own images is a way for me to participate, and to speak about issues and problems. Through photographs, we keep on embellishing reality in a way that is not healthy. It is interesting how photographs can also let you dematerialise the real.”

“I am stifled by the inescapability of romance. It is a tremendous distraction.” 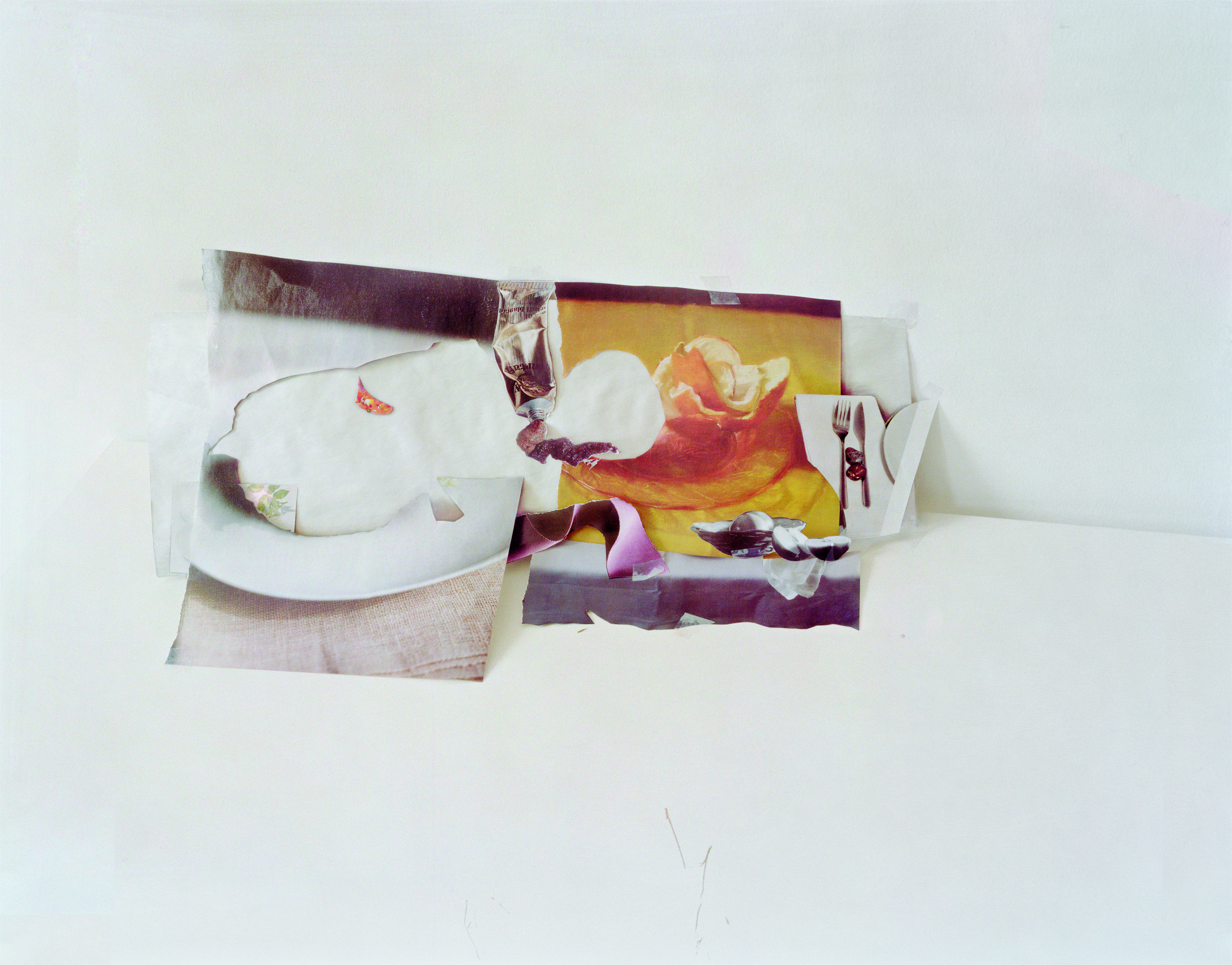 At the same time, Laura admits that photography remains one of her muses. She likes printing her photos in lifesize. “I want to create a sense of proximity and tangibility when the viewer stands in front of my images. I don’t show my images with any glass in front of them. This creates a sense of vulnerability,” says Laura.

The progression of Laura’s work shows an essence of passive aggressiveness. Her spatially perplexing photographs have a certain defiance wrapped around them. Her photos appear quiet and serene, but a deeper look makes you realise that, if you take a breath, the whole thing could come tumbling down.

This article originally appeared in the January 2016 issue of Better Photography. 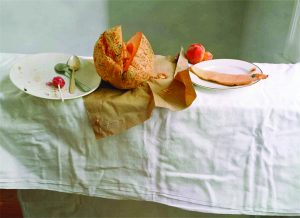 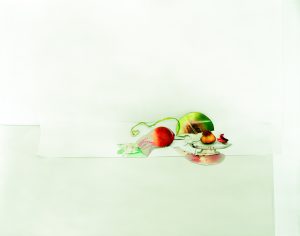 Untitled 3, from the series Ill Form and Void Full, 2010. Just as much as her earlier series compels her viewers to see the emotions within each image, the lack of the same in her recent work gets viewers to think tangentially beyond the image and its meaning.

Untitled 47, from  Ill Form and Void Full, 2014. “Pictures can be unromantic but can also induce sensations” says Laura.