Shot during a match between Pakistan and South Africa, this has been rated by Wisden Cricketers’ Almanack as one of the best cricket images of all time. Photograph/V V Krishnan.

In a conversation with Raj Lalwani, India’s greatest cricket photographer,  V V Krishnan indulges in some nostalgia and relives some of the most exhilarating moments of the game.

With the Cricket World Cup due to begin this month, I decided to rewind and look back at my favourite World Cup moment. I was six, and watching a match between South Africa and Pakistan in the 1992 World Cup. Pakistani batsman Inzamam-ul-Haq was batting brilliantly, until a moment when we all stopped and stared. We saw a flash of green—it was a South African fielder who had the ball in his hand. Instead ofthrowing it, he jumped… almost flew, and landed straight on the stumps.
Almost two decades later, I still feel awestruck at the manner in which Jonty Rhodes broke down the stumps and ranout Inzamam. Could anyone have captured that moment better than the television cameras? Say hello to V V Krishnan, the man whose ‘Flying Jonty’ image has been rated as one of the best cricket photos ever by Wisden Cricketers’ Almanack, the Bible of cricket. Over the past two decades, the quick-witted Krishnan has captured some memorable bursts of action, while covering cricket for The Hindu.

An Experienced Campaigner
“I joined The Hindu on the 1st of April, 1987 . The newspaper and I have been making a fool of each other since that day,” he laughs. He adds on a more serious note, “Jokes apart, it has been an awesome journey. No other job would have given me the opportunity to travel so much.”
He started shooting cricket actively when Sachin Tendulkar made his debut. Since then, Tendulkar’s career has blossomed, with him becoming the best batsman in the world. Right alongside, Krishnan, too, has made giant strides, having captured some of the best visual archives of the cricketing moments that have enthralled us.
He looks back with mixed feelings though, and is wistful that the game has changed so much. “Earlier, we would love cricketers and respect them, and receive the same respect back. Today, the media stalks them, due to which the mutual respect has gone.”

The Death of Romance
Krishnan criticises digital technology scathingly—“I wish it had never come,” he says. “A digital picture is like a pizza from Pizza Hut. It will taste the same, whether you eat it in Melbourne, Colombo, Delhi or London.” He explains this curious analogy by saying that the surprise element of looking at your negatives and finding the perfect frame has gone. “Film, on the other hand,” he adds, “is like homecooked dal. The fl avour will vary from door to door, with different spices and different fragrances.”
With great fondness, almost with a touch of romance, Krishnan recounts the time when he needed to shoot an entire match within 108 frames as the processing tank could only take three rolls of film at a time. “While developing, we would wonder whether the picture would be the same as what we imagined… and then the surprise!”

On the Back Foot with Digital
To send a print back to India, one needed an uninterrupted phone call of at least eight minutes—with erratic phone lines. “Funnily, we would be really happy when a cricketer would get injured. We would thrust all our rolls on him, and ask someone in India to collect them from him at the airport!”
“With digital,” he scoffs, “it is complete madness. People do not apply their mind, and keep firing away—bang, bang, bang, click, click, click!” If someone were to shoot such volume of pictures on fi lm, they would use up an entire bucket of film. It would take over a week and an entire month’s salary to process them. He adds, “There is no challenge anymore, no mazaa. I still keep looking for great photos, but even I am on the back foot nowadays, not on the front foot.”

The Making of a Great Cricket Photo
Krishnan stresses that a great cricket picture is not just about capturing action. “The viewer has seen the moment on television the day before. How do you plan to still interest him? Show him an unusual perspective, or simply tell him a story.”
Whether it was capturing a famous picture of West Indies batsman Shivnaraine Chanderpaul getting hit wicket , or Pakistani bowler Wasim Akram celebrating after a hat-trick, Krishnan has found himself at the perfect position, away from everyone else. This has helped him capture some famous cricketing moments from unusual angles, thus differentiating his work from his peers. “Nowadays, if you wish to use a different perspective, you have to move stealthily. Otherwise, all the other photographers will swarm around you like bees.”

Of Women and Serendipity
Krishnan attributes most of his best photographs to women—including the famous Jonty Rhodes image. “The light was fading and most photographers had decided to pack for the day. I was bored, but stayed on only because I got talking to a particularly attractive woman ,” he says. The two of them decided to have beer, which is why they walked away from the other photographers. “It was a weird angle where you would usually not get any pictures. If anyone would have seen me there, they would have wondered what I am trying to shoot—but I got the moment. It was not about intelligence… I was only talking to that woman. But I was ready for the shot, and truthful to myself. I will not call it luck, maybe serendipity.”

Krishnan’s career has seen him covering over 125 test matches, 550 one-day internationals and five World Cups. With his sixth World Cup round the corner, he says that covering cricket in India is as chaotic as the great Indian wedding. He says that though the home pressure will be enormous, we have a good chance of winning, “A victory will be the greatest tribute to our living legend Sachin Tendulkar—he will adore a World Cup more than any Bharat Ratna. All we need is some serendipity.” 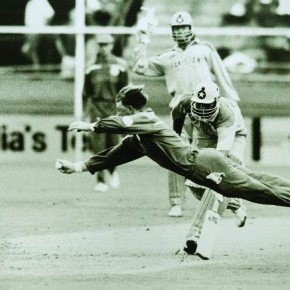 Shot during a match between Pakistan and South Africa, this has been rated by Wisden Cricketers’ Almanack as one of the best cricket images of all time. Photograph/V V Krishnan 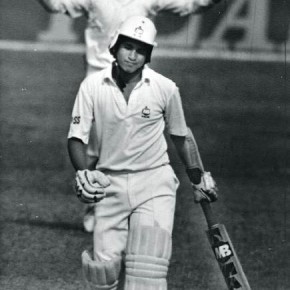 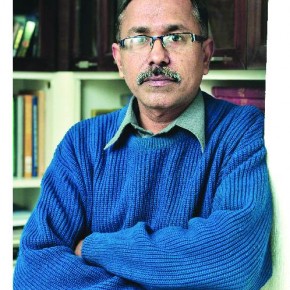 A photograph of V V Krishnan 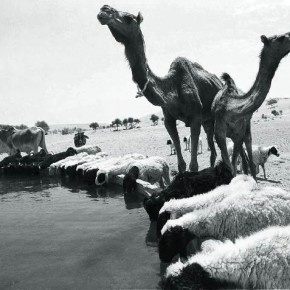 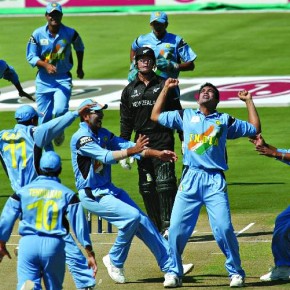 Along with the Shivnaraine Chanderpaul image, this photo of the Indian team celebrating after dismissing New Zealand batsman Nathan Astle, is one of Krishnan’s favourites. Photograph/V V Krishnan 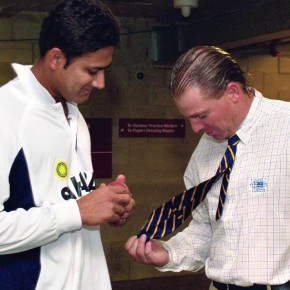 Krishnan is closest to leg spinner Anil Kumble, and has been able to earn the comfort level of cricketing icons like him and Shane Warne. Photograph/V V Krishnan 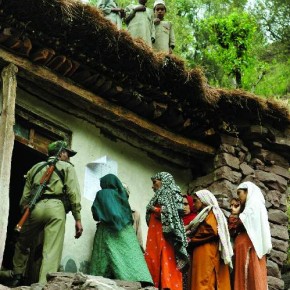 This picture of a polling booth in Hari Budha forest in Poonch, Jammu and Kashmir, is from one of Krishnan’s noncricketing assignments. Photograph/V V Krishnan 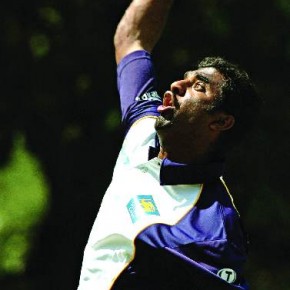 This is the characteristic expression of Sri Lankan spinner Muttiah Muralitharan, which Krishnan has captured perfectly. Photograph/V V Krishnan