To define Jeanloup Sieff’s vision by his technique is a lazy generalisation. Conchita Fernandes looks back at his life to see what spurred his unending love affair with the human physique in all its forms. 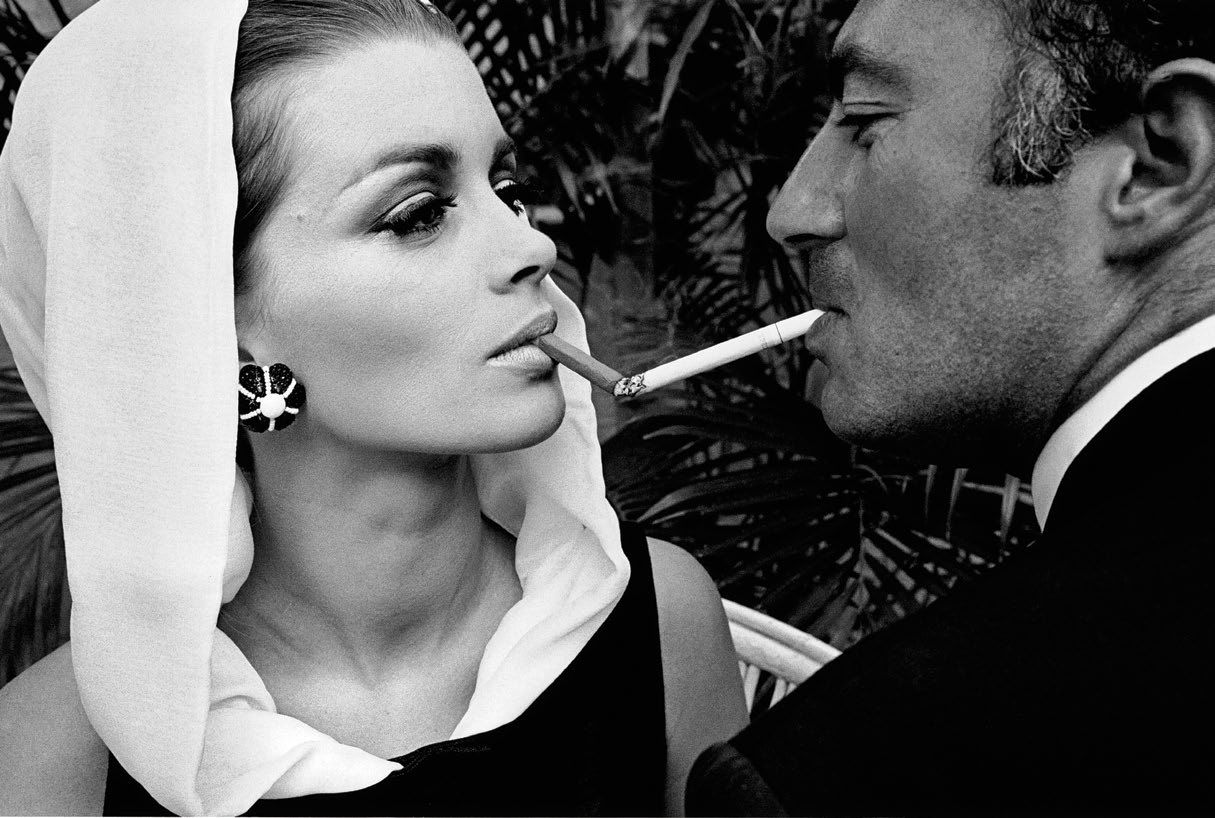 AstriId Heeren, fashion Talmack, Palm Beach, Harper’s Bazaar, 1964. Richard Avedon fell in love with this photograph after he rescued it from the cutting room floor, rejected by the then Editor-in-Chief of Harper’s Bazaar. It went on to become a classic. All photographs courtesy The Estate of Jeanloup Sieff

Jeanloup Sieff spent his lifetime exploring the lush landscape of the human body. He had sensed its immense possibilities early on, after getting a chance to photograph dance at a photo school in Switzerland, in 1953. It was here, that a young Sieff was introduced to the long, lean bodies and muscles that made up a dancer’s being. Even the smell of perspiration and the shuffling of feet on the dance floor left him fascinated and eager.

However, he did not chase the perfection that is so often sought after in dance. He was more concerned with capturing the intensity and rigour that came with the constant practice of it, and photographed them with the same unhindered delicacy that he would later use in his fashion work and nudes. He let light and shadow embrace the curves of the waist and the derrière, thereby also creating an admiration for the garment that the subject adorned. On the surface, these pictures appeared seductive, but they were not driven by feelings of eroticism. Instead, they were made with a deep love for a subject that he found incredibly beautiful.

“I love closed images even though I am a claustrophobic. I close off the sky, I close the angles. Often I say to my printer… be careful, the spectator could escape.” 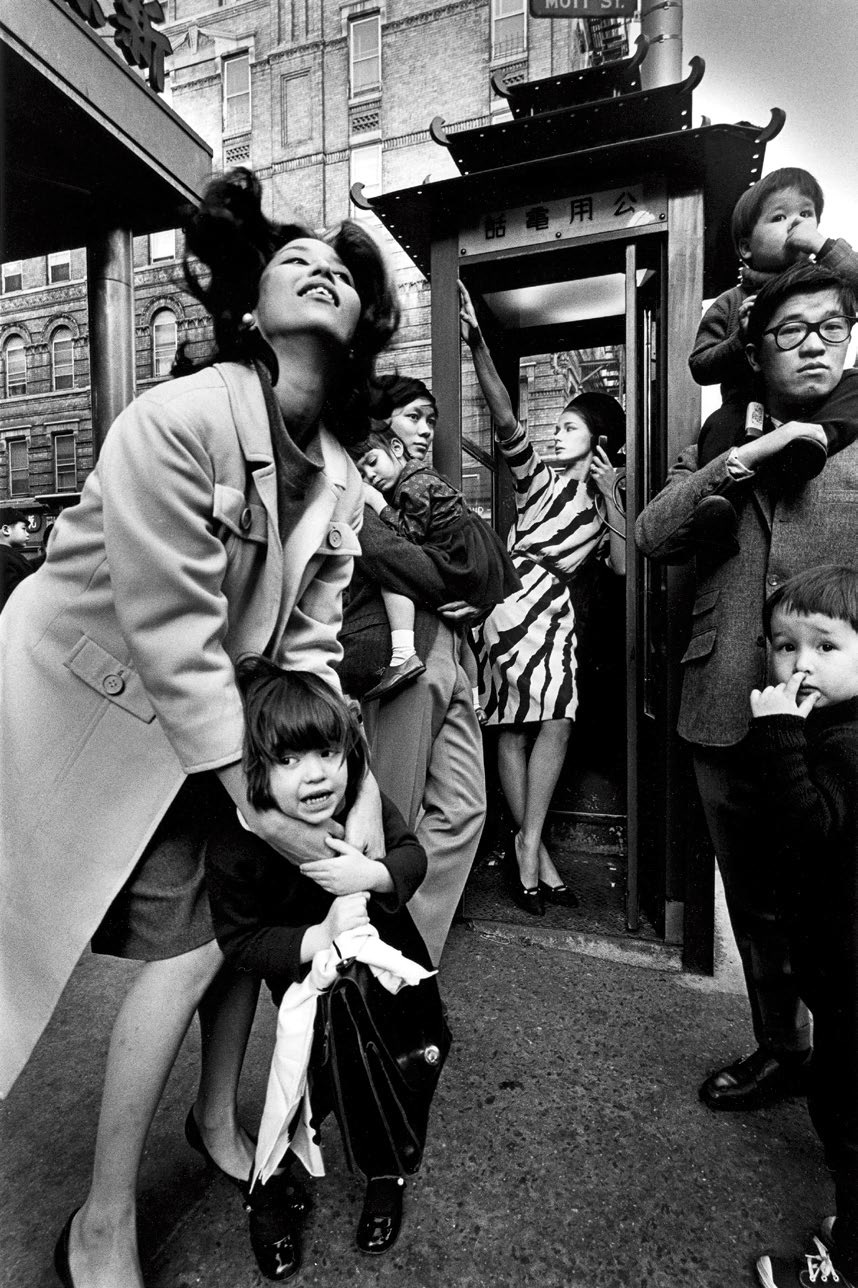 Exploring the Possibilities of the Frame

It was Sieff’s use of the 21mm lens which set him apart from his contemporaries. “I am claustrophobic. It was by using the wide angle that I discovered a kind of view that made me breathe better,” he said. He didn’t just bring you face to face with the subject, but also gave you the opportunity to explore the possibilities of the frame. He took your eyes over the contours of the body, but also made you notice the letters of the signboard peeking out of the corner of a frame, or of the patterns caused by the emerging weeds against the smooth backdrop of a dress.

Although Sieff began shooting fashion in 1956, for a brief time, he was part of Magnum in 1958. Henri Cartier-Bresson himself assessed his nomination into the famed agency, where he is said to have flipped Sieff’s prints from every angle possible, looking to find form over content.

But Sieff wasn’t entirely in tune with Bresson’s approach. For him, the moment took precedence over form. In a conversation with Frank Hovert, he explained this further. “Henri’s ‘decisive moment’ is too limited by his geometry. Once I told him so, talking about a photo made by Depardon in Lebanon, while running and dodging bullets… an image in which everything seems to run, to explode, to smoke. It’s quite extraordinary. But Henri kept saying that it’s not a good photograph. So I said, Henri, there are moments when the golden rule doesn’t matter all that much!” Henri, of course, had disagreed. 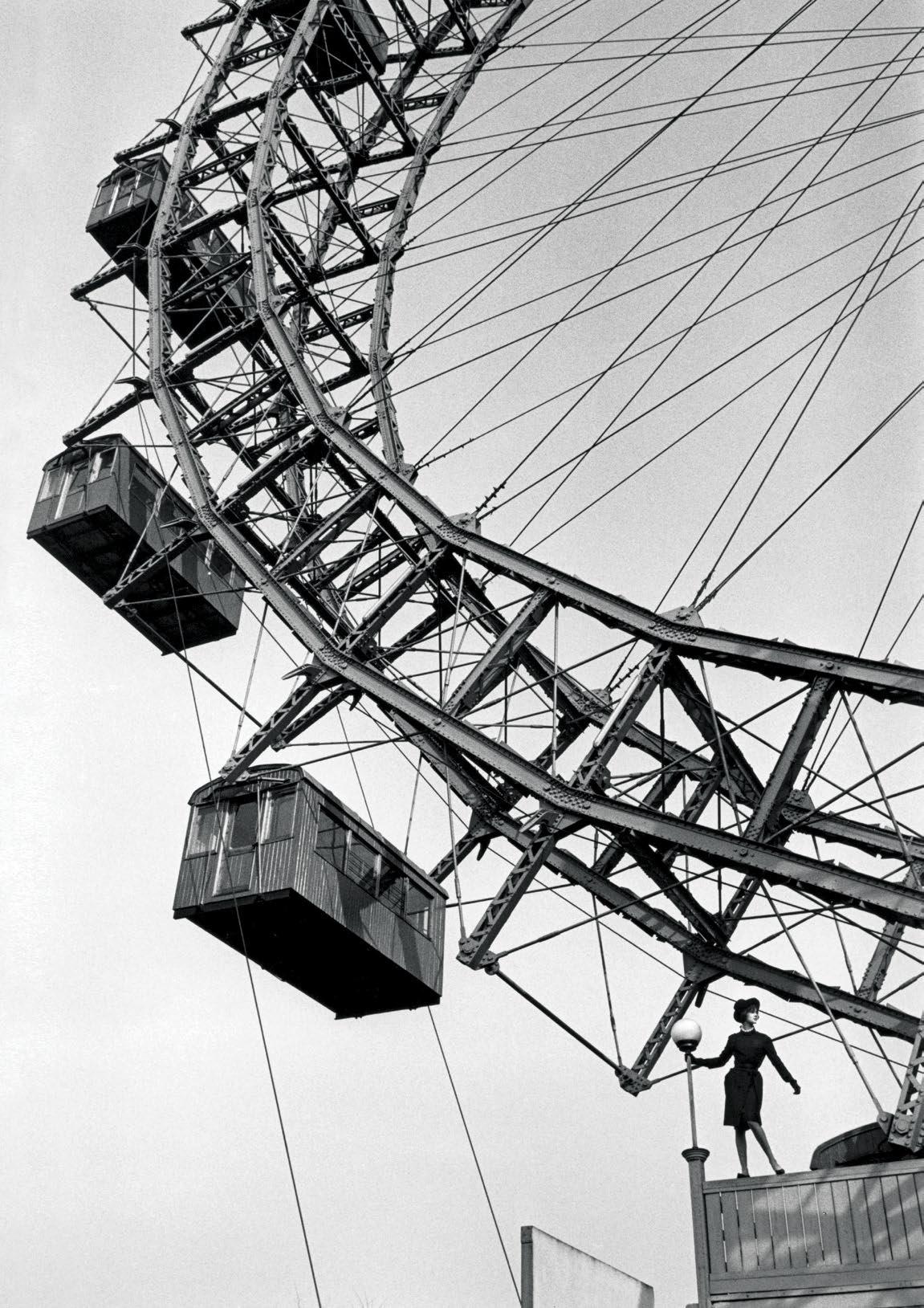 Nicole de Lamargé, Vienna, Austria, 1961. He never idolised fashion before photography. “His focus was always on the careful construction of the image itself, before it became a fashion picture,” his daughter, Sonia Sieff said.

Being Intuitive and Spontaneous

Sieff was quite a flexible worker, and didn’t mind improvising, depending on the requirements of the situation. He was well aware of the dangers involved with preparing too much, to the extent that you only see what you have prepared yourself for. So during a shoot, he counted on miracles. “It may come from unexpected lighting, from an uncovered shoulder, from a hand in the right spot; nothing but small accidents,” he said. At the same time, he approached the scene with a certain confidence and surety, one where he was positive about the outcome, even if it did not work out the way he had planned for it.

But this didn’t mean that he did not think about his shots at all. He placed great emphasis on the development of one’s own personal point of view. According to him, “Bad portraits are portraits of people about whom you sense nothing. If you decide that the creases of an outfit are revealing, they may become important.”

What He Really Stood For

For all the recognition and acclaim he received, there were many who ridiculed Sieff’s work too, without really understanding his true intent. “For a lot of people, my work is ‘ass and angle’. I don’t regret having made those photos. I do not disown them, which in fact are not photographs of asses, but of bottoms. For me, there is a big difference.”

“With each woman that passes, I live out a love affair, fleeting but complete.” 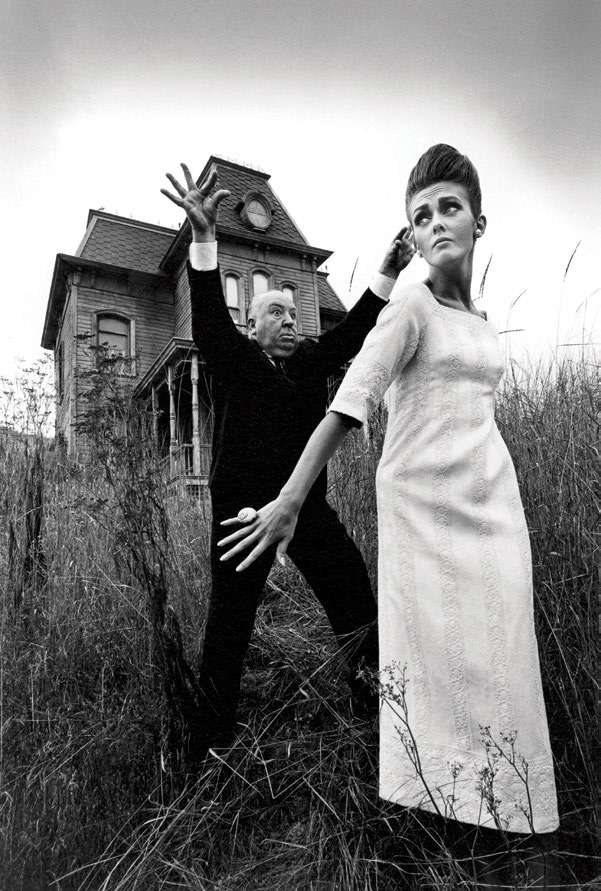 Ina Balke, dress Jane Derby, and Alfred Hitchcock, Universal Studios, Hollywood, Harper’s Bazaar, 1963. The photograph was shot on the set of Psycho. Sieff invited Hitchcock to the shoot by sending him an invitation which read, “Would Mr Hitchcock like to strangle a young lady for breakfast?”

People were quick to forget that his photographs were a celebration of the human body, for which he spent his career exploring its various possibilities. Whether it was his nudes, landscapes, street or fashion, there was always a fine thread of fragility and tenderness, qualities that first surfaced in his dance series. “My pictures are like many little black and white rocks I left here and there in order to find my way back to my teenage years.”

At the same time, Sieff did not attach the kind of emphasis to his images that one expects from photographers. “If I had to, I could burn all my negatives and all my prints! After all, they are nothing but paper… They exist in my head as a memory. The disappearance of the original wouldn’t make a difference. The role of an image is to live its life independently.”

Jeanloup Sieff began his career as a freelance photojournalist in 1954. After narrowly avoiding the draft for the Algerian War (1958), he joined Magnum. During his shortlived time there, he travelled extensively to Turkey, Poland, Greece and Italy, whereafter he moved to New York and completely immersed himself in fashion. 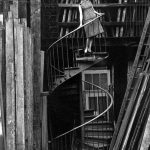 Dress Christian Dior, Paris, Jardin des Modes, 1960. The dresses and subjects in Sieff’s compositions became lines and material that the photograph valorised, with the help of careful framing. 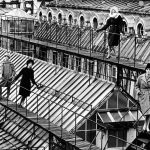 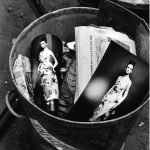 Collections Paris pour Harper’s Bazaar. Paris, 1963. Sieff had a humourous side to him. He loved to experiment, whether it was posing with his subjects in the studio, or have them hold a print of his face or in this case, have his pictures thrown in the rubbish bin. 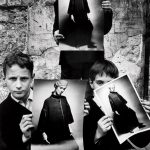 Paris, Harper’s Bazaar, 1966. He was known for his series of photographs of ‘pictures within a picture’. After photographing the model in the studio, he would make prints and find people on the street to pose with it. This is how he connected fashion with storytelling.