Neha Mutreja speaks to Jagdish Agarwal to trace the life and works of this legend, also known as the father of stock photography in India.

“Every incident leaves you with bitter-sweet experiences, which act as dots that connect your whole life.”—Jagdish Agarwal

Have you ever wondered what would happen if the local supermarket were to place all items in a haphazard manner?

Whenever we walk into a market, we expect a system of segregation and this is exactly, says Jagdish Agarwal, what stock photography is. You can easily sift through whatever is needed and access high quality photographs shot by a variety of photographers.

Jagdish, of course, is more than an expert on the subject, and listening to him talk about the history of stock photography in India is interesting because he is such an integral part of that history.

“If you wish to contribute to stock photography, then refer to newspapers and magazines to understand the requirements of the market.”

Years ago, the concept of stock photography started in order to sell images that remained unused after assignments got over. Though it was popular abroad, the concept was still at an infantile stage in India around the 90s—all of which changed because of the dedicated effort of Jagdish. With an aim to create a platform so that photographers could earn a living and establish a photo library in India, he set up Dinodia.

With these thoughts, I looked around his office, revelling in the iconic images housed at his library and also marvelling at his eye for detail. 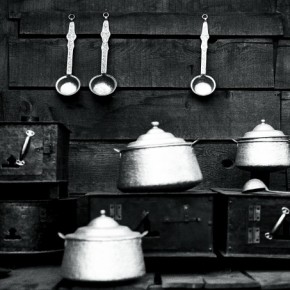 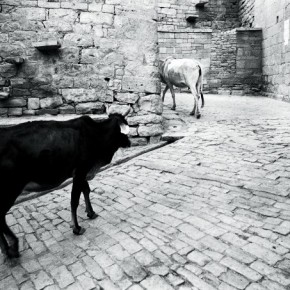 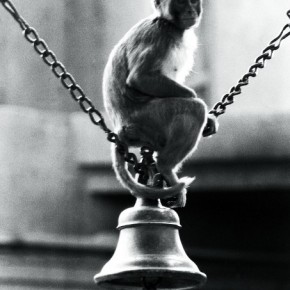 “If you build your business on strong principles, then there is nothing that can deter you from becoming successful.”

In the Pre-Google Age
“Searching for information was not so easy earlier. Today, all you need to do is to type a few words in a Google search bar. A task that is as simple as typing a few words to fi nd an image on Google was not as easy when it all started,” says Jagdish. I agreed with what he said.

Now that the Internet is an effective aggregator, where one can find any kind of photograph, what keeps Dinodia going so strong even in its 25th year? How has it managed to achieve a status where photographers confidently submit their work without even charging any amount initially? Insider, Yet Outsider
The secrets to all these questions lie in Jagdish Agarwal, the person and the photographer. After all, besides being an entrepreneur and a visionary, Jagdish is an accomplished practitioner of the art of photography.

His work is deeply rooted in the traditional art of black and white photography, but his eye, while being classical and practised, is always looking for stories. He recalls, “I was lucky to be a part of that era. Stalwarts like Arya Acharya, R R Bharadwaj, B W Jatkar, Mitter Bedi, Fanibunda and Oonwala guided us. They instilled a strong sense of individuality in each one of us.”

Jagdish would send his pictures across to various stock agencies and that is how he learnt the nuances of the practice. This is why, when he started signing photographers up for Dinodia, he had a unique insider-outsider perspective. “I knew how stock agencies functioned, how they created their contracts, what were their practices, and what were their shortcomings. Since I had been on the other side of the fence, I knew what a photographer would have to go through.”

More importantly, he felt a sense of affinity towards his community, which made him want to give something back. “I wanted my photographers to make a living out of doing stock photography.” However, the path was full of hurdles.

“Convincing someone to join my venture involved them keeping their work with me, which was like building trust. It was also about creating awareness amongst the market that stock photography has nothing to do with the stock market, as was the common perception then.” Of Business and Love
With a meticulous framework and intricate planning, Jagdish began to gauge market requirements and build his business. When asked about how the value of a picture was decided, he said, “My experience played an important role in this decision-making. However, it was a huge challenge to increase the value of stock photography in the market. This was because a few agencies functioning during those days, were selling images at petty prices.”

In a smart move, Jagdish introduced a price list which was circulated amongst his clients and also reached his competitors, for obvious reasons. Soon, his competitors were seen selling images at higher prices! Today, Dinodia has almost five lakh slides and digital photographs in its library. It is a business, and a very good one at that. Yet, Jagdish fondly remembers an era when people did photography only out of passion.

He looks back, “a wildlife photographer loved his subject and researched on it, a food photographer was a food lover or a connoisseur himself. Back then, it was a relationship of love and passion. Today, the scenario has changed. It is all about commercialisation.” For Soul or Sole
The moment he said this, I could not help asking him a question that had struck my mind several times. Why did he give up commercial photography? His answer not only surprised me but it also placed his life, ideals and aspirations into perspective.

“When I started the agency, I had a few renowned photographers approaching me to sell their work. But they always felt that since I was a photographer myself, I would sell my work before anyone else’s.” This was where he reached the crossroads—a choice had to be made. He eventually chose to make a photo library instead of continuing commercial work himself. In his words, he wanted to “shoot for soul and not sole.”

“In the long run, well-meaning critique helps you grow as person as much as it helps you evolve as a photographer.”

It is his love for the art and his principles that brought him so far. It is these things that help him run his company so meticulously. It was his foresight to notice the winds of change. He adapted to the world around him and kept up with the ever-changing technology, propelling Dinodia on to the internet in the early nineties.

“The purpose of living is to leave a legacy behind. We photographers are fortunate enough to be able to build a legacy that will be cherished for years to come. If a photographer looks at his image as his legacy, his seal of identity, then, his purpose for being has been achieved.” It is this passion that makes Jagdish the father of stock photography in India.

This article originally appeared in the November 2011 issue of Better Photography.