This story was originally published in September 2008.

Herb Ritts once said, “Surprise in the moment is the true magic of the medium”. Neha Mutreja discovers the life and work of this ‘Man of Moments’.

Ingrid Sischy, a writer, editor and art critic, once described the charismatic Herb Ritts: “To create the celebrity images he makes, you have to be savvy on all fronts…you have to be a diplomat, a psychologist, a playmate, and a great persuader…because he has such a natural grasp of [all this].” This “natural grasp” is, perhaps, why he is considered to be one of the greatest photographers of his generation and our time. When you look at Ritts’s pictures, you can identify the mood and temperament of the subject in the frame—whether you know that person or not. The simplicity in his pictures is mesmerising. His photographs will convince you that life is all about living the moment, because he himself believed so. He was a legend who excelled from being an observer to a creator, and later a craftsman who froze timeless moments in frames.

“ For me, a portrait is something from which you feel the person, their inner quality, what it is that makes them who they are.”

Ritts grew up in an upper middle class family in Hollywood, and lived next to big movie stars of that time. As a kid, he used to ride the deserts with one of his starry next-door neighbours, Steve McQueen, on his bike. He always looked up to McQueen as a father figure, which was probably why he was never intimidated by the presence of great stars like him. That was the beginning of Ritts’s understanding of people and their qualities, which made them what they were. Ritts studied Economics and as a result, acquired a good business sense. He was also drawn towards art and culture, and took special classes for the same. He always enjoyed these subjects because, “growing up in California, my exposure was limited, and it was a new experience. To learn the history of art opened up certain things to me, made me see [and] it intrigued me.” Amateur Ritts and Stars in the Making

Like any other teenager, Ritts was also perplexed about his career. Initially, he helped his parents with their business. He also began to develop a sense of imaging and started to take informal portraits of his friends. One of them happened to be the then struggling actor Richard Gere, whose pictures would change Ritts’s life forever. One time, Ritts and Gere were out on a trip when suddenly, their car broke down near a gas station. While the car was getting repaired, Ritts asked Gere if he could take his photograph. Herb was already fascinated with Gere’s personality, so he decided not to waste this chance and convinced the actor to pose. A few weeks after the impromptu shoot, Gere showed these pictures to his manager. Three months later, the pictures were used as big spreads in magazines like American Vogue and Esquire. This was all it took to kick-start his prolific photography career.

“ When you start out, you’re not really aware. I didn’t have a sense of photographic history. I just thought, ‘Okay, here’s what’s in front of you today, let’s see what happens’.”

Ritts’s work began to receive appreciation, but he felt that something was missing. “Each time I did assignments or editorials, I realised I wanted to do something more. I saw that it wasn’t just about clothes… That’s when I started to develop my own style…” And then, Fred with Tires happened. The images were shot in a greasy gas station with Fred, a college student, holding huge tyres. “I remember when we were shooting it… [Fred] had to swing these heavy tyres around and at one point he was so tired he just turned around…It was the last frame of the shoot…You have to remember that the decisive moment is when you’re shooting….” It is Fred’s raw, steely gaze in the photograph that makes it one of Ritts’ most famous portraits. This was when Ritts’s signature style began to take shape. However, it was always an evolving process for him. He believed that apart from the conventional face, even a detail in a subject can be called a portrait. But in the end, “I think the fact that I was comfortable, happy and enjoyed what I was doing in my personal life encouraged me.”

“ I like to mix experiences. I don’t just do fashion, I don’t just shoot people, and I go off and do my own projects.”

Ritts’s subjects were big movie stars like Elizabeth Taylor and Jack Nicholson; supermodels like Naomi Campbell and even everyday people that he considered special like Vladimir the coal miner. But for him, “It’s the inner beauty that counts…I am always drawn to those actors who are more unusual…” When he was doing a shoot with Michelle Pfeiffer, he simply knew that “she did not like to be ‘Michelle’.” “I think she wanted to break the stigma of being so beautiful…I suggested that it would be interesting if she played a man…she became a character.” Ritts always used his subject’s traits instead of actual props. Take the famous portrait of Christopher Reeve, which was shot sometime after his accident. “I was thinking of doing [some] portraits and I asked if he (Reeve) would sit, and he said yes… But I hadn’t realised the amount of struggle involved for him…It took him an hour and half to get up to studio from the street…but that shoot happened and Reeve was shocked to see his images, perhaps because the shock had finally hit.” Apart from his usual star-studded photographs, Ritts also shot nudes—nudes that interested him not because of their physicality, but because “these were the [bodies] that have developed because of what they do everyday.” Breaking Away from the Conventional

“Madonna urged me to make videos, and I said I really didn’t know.” But Ritts always liked to break away from the conventional, so he gave video-making a shot. He worked hard to learn imagery. “I practised with a little super 8 camera when I was on a job in Hawaii, and came back and said I could do it. Two weeks later, I was filming [Madonna’s hit number] Cherish. I directed it and did the camera work as well. It was invigorating… The more you experience, the better you become, and the mix of working with varied visual mediums hones your eye even more so.” His work in videos did pay off. He eventually won MTV awards for his videos for popstars Janet Jackson and Chris Isaak. Besides this, he also he authored books including Men/Women, Pictures, Duo and Africa, Notorious and WORK.

Living Works of a Legend

Ritts was a photographer who treasured the moments he captured. In his various interviews, he always spoke of them. Ritts was diagnosed with AIDS, but that did not stop him from creating iconic images. Before his death on 26 December 2002, Ritts was working on projects for the March 2003 issue of Vanity Fair. Publicist Stephen Huvane once said that Ritts inspired by example: “He was a man who was comfortable in his own skin, and I think the more people we see who conduct creative, fruitful lives with little or no drama or fanfare, the more people will say, ‘I can be that way. I can be happy.’” Ritts was a genius for being in the right place at the right time. He used to say, “When you look back at the photographs from the twenties and thirties, for instance, you are reminded that, even as you’re clicking away, doing hundreds of rolls of film a month, what you’re really doing each time you shoot is recording something. You’re trying to get to one moment with one frame that eventually may speak for your generation.” 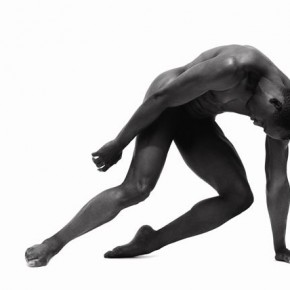 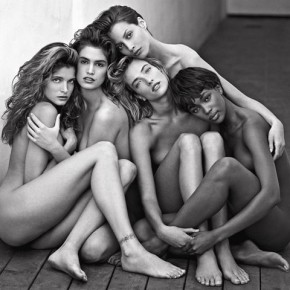 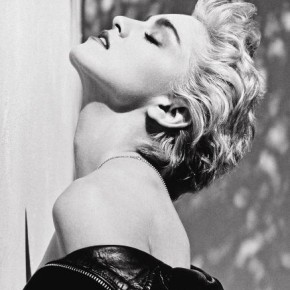 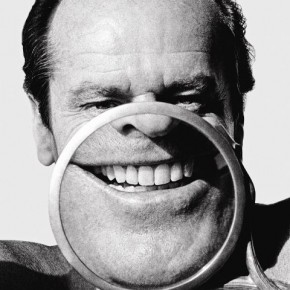 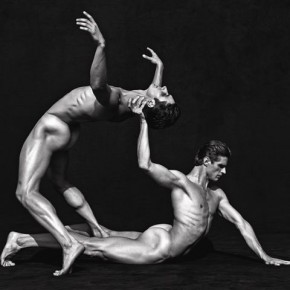 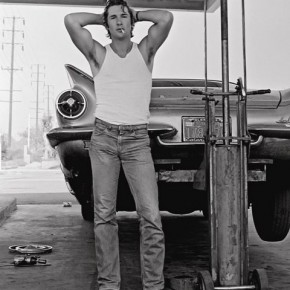