This article was originally published in May 2009.

Have you ever thought of what happens exactly happens when Sachin Tendulkar hits the cricket ball to set it soaring over the boundary? Or what happens at the exact second when a balloon or an atom bomb bursts? Imagine stopping time. Photography has always been a strong medium that allows you to freeze a particular moment; but no one explored the idea of snatching a moment from eternity as brilliantly as Harold Eugene Edgerton.

“ I am after the facts, only the facts.”

Electrical engineer, scientist, inventor, photographer—Edgerton wore a number of hats, sometimes all at the same time. His groundbreaking photographs offer a unique insight into what happens at the precise split-second of an event, almost as if time had stopped. He used a high-speed flash system in an attempt to understand subjects that move too fast for the human eye to register—be the fast-moving parts of a machine or a football being kicked, a drop of milk creating a splash or the explosion of an atomic bomb. To freeze motion, he would fire a stroboscopic flash—a device that was a unique invention in those times. Invention and Awareness
While Edgerton was not the first to use such technology to photograph motion, his contribution was more significant than that of his predecessors. According to him, it was not enough to invent a new technology. He also went about extensively promoting the strobe and his experiments with it. In doing so, he not only reached out to scientists, but also the common man. The Man and the Flash
The stroboscopic devices were large, heavy and used only by certain industries to study machines. Edgerton was the first person to recognise that the device can actually become quite popular with the masses, if redesigned and repackaged. This led to the invention of the strobist flash in a more contemporary form as we know it today.

Edgerton has often been called the “Master of the Strobist Flash”, among other nicknames like “Doc Flash” and “Papa Flash”. He always took the acknowledgement with a sense of humour. At one event, he was introduced to the people as the “Inventor of the Electronic Flash”. He reportedly looked at the mayor with a twinkle in his eye and said that he had not invented the flash. “The lightning flash was invented by God Almighty long before me,” he said in jest.

The Line between Art and Science
Initially, Edgerton used the stroboscopic device only to study the moving parts of motors. Then one day, he accidentally aimed the flash at a water faucet. In the book Flash! Seeing the Unseen by Ultra High-Speed Photography, Edgerton described what he captured as something that looked “like an icicle from another planet”. He soon realised the aesthetic and fun-filled applications that the strobe could have. He started using photography to reveal aspects of high-speed motion that were otherwise unknown.

Now, most scientific studies can be mind-boggling for the common man. But what distinguished Edgerton’s images from other scientific studies was that they would talk to even those who did not have any specialised understanding of science. They were also compositionally strong, graphically rich and appealed to the aesthetic sense of artists and photographers. From Impact to Strategy
Edgerton explored high-speed impact by doing a study of athletes. Images like that of a shoe’s impact on a football showed the people a dimension of the sport they had never seen before. He did a study of the flight of hummingbirds with National Geographic, and spent over 25 years trying to capture the perfect image of a splash. The 1957 photograph of a droplet of milk making a splash and forming a coronet remains one of the most iconic images of the century. His talent and expertise was not restricted to aesthetic and physical studies. His high-speed impact photographs were eventually used in the study of different concepts of physics. He also devised huge strobe lights that helped the Allies shoot aerial photographs to track the movements of the enemy during World War II. “Doc” the Educator
Harold Edgerton has made significant contributions in the fields of flash photography, underwater exploration and other physical studies. However, his true legend is in his contribution as an educator. Whenever he informed the common man about the potential of stroboscopic flash, he would always invite them to his laboratory. He would spend large number of hours training students, besides changing the way the world looks at high-speed motion. The nickname “Doc” exemplified his qualities as a researcher, scientist and warm educator.

Edgerton is a glorious example of how the photographic medium can be used to reveal the undiscovered, and give us new ways of seeing things in life. The process of shooting his high-speed captures may have lasted a fraction of a second, but their impact resonates even today. Legacy of a Vision
Few scientists have left behind a legacy as rich as Edgerton. Besides pioneering high-speed flash, he also left behind a visual evidence of his work. These photographs of his findings and research give us an idea behind his genius, and have been of great value to physicists studying the intricacies of motion. 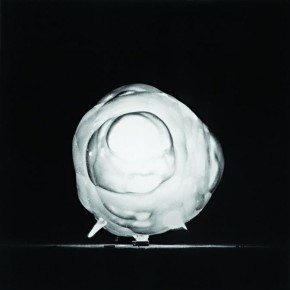 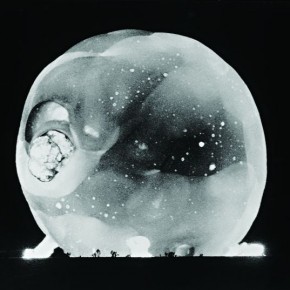 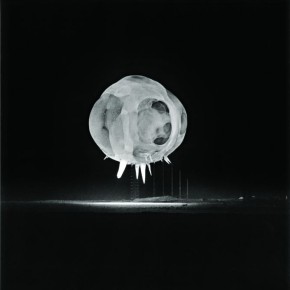