Hari Mahidhar, On Adding the Flavour of Life to Images A part of an ongoing project on the Narmada river, this image was made during a mass wedding of Baiga tribals in Madhya Pradesh. Photograph/Hari Mahidhar

Neha Mutreja speaks to renowned industrial photographer Hari Mahidhar, to know how he adds the flavours of life to ordinary subjects.

This article was originally published in March 2012. “No matter what you do, remember that learning the basics is key to your success.”   —Hari Mahidhar

While I have spent only three years in the field of photography, I often find myself wondering, how do the biggest names in photography reinvent themselves even after spending decades in the field? I found my answer when I met Hari Mahidhar, one of India’s most famous industrial photographers. Not only did I find him full of enthusiasm, but also brimming with curiosity. Harendra, or Hari as he is known to the world, has spent years practising various genres, bestowing his knowledge upon whoever approached him. He even sold his house and made plenty of other compromises for something he was very passionate about—photography.

Destiny’s Child
Unlike his brothers who took up the family business, Mahidhar was very keen to learn painting. However, his father was against the idea and would rather that he joined the merchant navy. He appeared for the tests and cleared them all, except for a mathematics test. “My mind had turned completely blank and I could not even perform simple calculations. Maybe, destiny wanted to take me somewhere else.” He failed an interview to join the army as well, because they thought he was too temperamental.

And Photography Happened…
Then, he came to Mumbai to join Sir J J School of Art, but since he was late in taking an admission, he had to opt for an evening course in photography. “I felt that photography would provide me with great reference material for my sketches.” It was only when Mahidhar got married in 1964, did he get his first camera—it was a gift from his father-in-law.

A Choice was Made
Mahidhar’s brothers asked him to make a decision—he had to choose between the family business and the medium. “I decided to take up photography in 1967. Six months later, I was assisting Mitter Bedi, the famed industrial and architectural photographer.” When Bedi told him that he would not pay him, Mahidhar said that he would pay to learn from him, at which Bedi chuckled.

All for a Hasselblad
Soon, Mahidhar joined Sistas, an ad agency and by 1978, he was taking up individual assignments. “I had to sell the house that I had just purchased just to buy a camera… because wherever I went, clients would ask me whether I had a Hasselblad.” Soon after, assignments started pouring in and he had no dearth of work.

“Usually, when people tell photographers that their images look like paintings, they tend to take offence. But, for me, it is a great compliment. ”

Essaying Various Roles
“Yes, I conduct workshops, but do not call me a teacher. I just want to discuss the art of photography with people. I enjoy doing this, out of sheer love for photography.” His affinity towards the medium extends to a solid understanding of equipment and technique. Halfway through, he takes me to a cabinet that is full of cameras, old and new, of different types and companies. Sometimes, he simply dismantles these cameras and lenses and makes new gadgets. This image is a great example of how Mahidhar transforms an otherwise dull industrial landscape. Photograph/Hari Mahidhar

Looking Towards the Future
Mahidhar is one of the foremost names in industrial photography in the country. While not on assignment, his graphic industrial aesthetic merges with his artistic roots and shows up in his personal work. Besides a book on aerial views of landscapes and pictures made in a circus, he has several other series. He has also created and photographed elaborate installations that look like people—only comprising of paper clips!
More recently, he says that the iconic Bollywood song, Chhora Ganga Kinaare Wala made him realise that his childhood, too, was heavily influenced by a river, the Narmada. This is why he decided to start documenting the rituals as well as the many moods of the river.

New Ideas and Quirky Experiments
Almost anyone who has met Hari Mahidhar has been a victim of his sharp wit and straight-faced sense of humour. I think I see the same humour in some of his photographs… colourful and attractive abstracts that make you wonder how exotic the subject must be… until you realise that it is just an onion! It is this constant urge to experiment that has made him photograph everything around him, from springs, pistons, iron nails and plugs, to strands of saffron and even dried peels.
Once, when he was sitting amongst his peers, he was asked what sort of photography he liked to practise. Frank and deadpan, he simply said, “photography.” He kept repeating the answer every time he was asked to explain. His perspective on this defines all that Hari Mahidhar really is. He elaborates, “if I am an actor, I would like to play different roles. Then, why does being a photographer need me to specialise in a particular genre? What if I am a versatile artist? This is what I have always aimed to be.” Would you believe that this a photo of onions? Mahidhar was shooting spices for stock, and thought of portraying their unique textures. Photograph/Hari Mahidhar 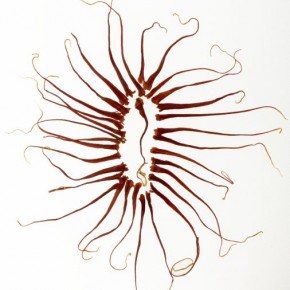 Fine strands of saffron are used in various eatables, but rarely do we notice their intricacy. Photograph/Hari Mahidhar 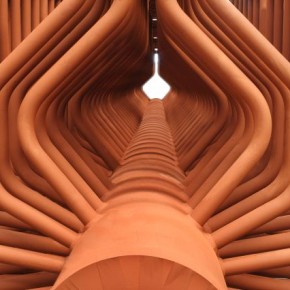 Each image bears a stamp of his unusual perspective. This could probably be credited to his artistic background Photograph/Hari Mahidhar

What looks like a close-up of stamen, is actually a droplets of colour smearing across a few strands of saffron. Photograph/Hari Mahidhar 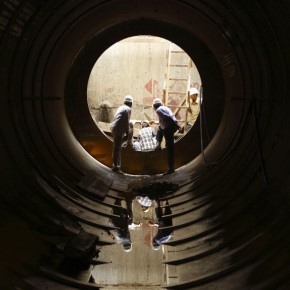 It is Mahidhar’s inquisitive nature that takes him to hidden nooks and corners. Photograph/Hari Mahidhar 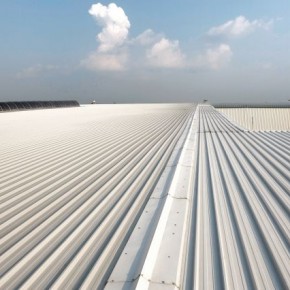 This image is a great example of how Mahidhar transforms an otherwise dull industrial landscape. Photograph/Hari Mahidhar 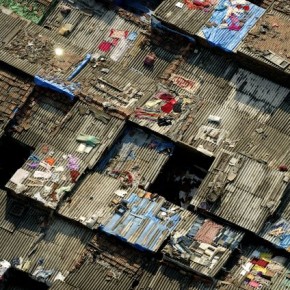 The image shows an expanse of slums seen from the 32nd floor of a plush high-rise building. Photograph/Hari Mahidhar