Learn from the Masters: Swapan Parekh The final photograph matters most, not how you shot it but rather what you saw. Photograph/Swapan Parekh

On the occasion of our thirteenth anniversary in 2010, 13 great masters drew from a lifetime of experience to give you over 150 carefully selected tips on photography and ways of seeing. They debated the idea of ‘the perfect moment’ and share their personal practices. In this edition, Great Master Swapan Parekh shares his tips for better photography.

‘See’, Do not Capture
The moment of capture does not have to be when something happened. It may be when nothing happened, and subsequently then, after a second, nothing continued to happen. It can be about deliberately lending oneself to the continuing moment, compelling the viewer to decipher and discover details in the work. It is about reinventing ways of ‘seeing’. But the ability to ‘see’ can take a long, long time.

Not Always the Decisive Moment
The conventional concept of the decisive moment is a romantic notion whose relevance we need to re-evaluate today. We should respect its historical significance, but, today we need to move on. Henri Cartier-Bresson was the foundation of it all—but if today, several years later, we are still trying to impersonate his work, even he would not be happy!

Move Away from Cliché
Ideas We need to move on from clichés like ‘a photograph is worth a thousand words’ or ‘I like that picture because it looks like a painting’. In today’s times, such sentences, besides sounding like terrible prose, are completely archaic thoughts.

Do not Try too Hard to Impress
To impress others, amateurs frequently try to imitate the work of professionals and concentrate too much on conventional rules. In doing that, they lose the purity and freshness of their vision. Stay unaffected—I would rather see ‘bad’, original images than ‘good’ images that use a tried-and-tested formula.

Get the Right Kind of Feedback
Uploading images to Facebook and Flickr and getting a lot of comments is fun, and there is nothing wrong with it. But most feedback on such forums is not constructive. A number of such positive comments does “ Your vision should be in a constant state of flux and renegotiation.” not necessarily mean that you are a great photographer. Seek validation from those whose opinions matter.

Photography is Constantly Changing
Having been on the World Press Photo jury thrice—in 2005, 2008 and 2010, at each judging I realised that the definition of a good image was constantly evolving. Keep abreast of the latest happenings and be open to new ways of seeing. For any practitioner, whether amateur or professional, it is important to be exposed to important bodies of work. Even if you cannot appreciate it today, you must still acknowledge its relevance. You may be able to understand it a few years later.

Inculcate a Photographic Reflex
Knowing when to shoot is a natural and subconscious impulse that is determined by a photographic reflex. For instance, Sachin Tendulkar may choose to flick a particular delivery, but if you ask him why he chose that particular shot at that fleeting moment, he will only be able to tell you that it was his cricketing reflex—something that came naturally to him. Similarly, choosing when to press the shutter depends on experience, memories and how your reflexes have been honed over the years.

Photography is about Life
While we should not imitate the past, some ‘new age’ photography tilts towards another extreme of banality. I would lean towards a middle path—to move forward, we need a symbiosis of tradition and contemporary thinking.

My Interpretation of the Moment
The moment is not only when you choose to expose that digital sensor or film but when you to choose to expose your inner thoughts and make the audience privy to your choice of a way of seeing.

With a career spanning over 25 years, Swapan Parekh is widely acclaimed to have brought in the documentary aesthetic to Indian advertising photography, whilst simultaneously pursuing contemporary bodies of personal autonomous work. 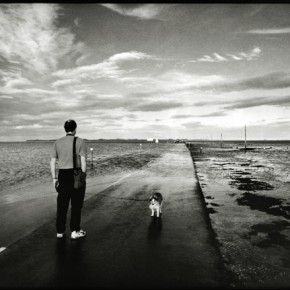 The final photograph matters most, not how you shot it but rather what you saw. Photograph/Swapan Parekh 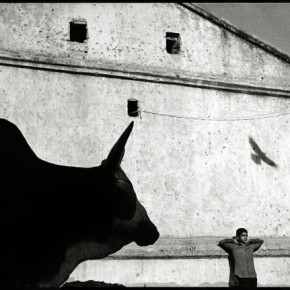 The right vision can help you shoot great pictures regardless of which camera you use. Photograph/Swapan Parekh 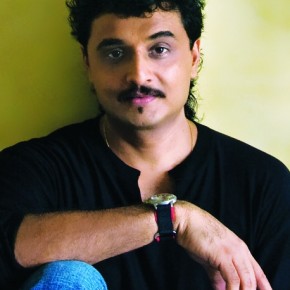