Conchita Fernandes looks back at the fantastic life of Gordon Parks, a man who resisted social prejudice from defining his worth.

Growing up in Kansas at a time when racial segregation was at its peak, a young Gordon Parks grew up listening to his mother’s encouraging words… “If a white boy can do it, so can you. Don’t ever give me your colour as a cause for failing.” Having lost his mother at the age of 15, Gordon was soon forced to fend and make a living for himself in a world that was awash with grave animosity and bigotry. In his most difficult moments and through his life, his mother’s words came to him as a source of strength.

The First Sign of Restlessness
In a career that spanned over six decades, Gordon donned quite a few hats. He was a musician, a photographer, a filmmaker and a writer. However, growing up, he never showed any inclination towards these roles, except for music. They happened to him like accidents, or were an outcome of new opportunities, or out of a desperate need to stay afloat and survive… to eat another day.

Photography was something of a coincidence. He was working as a waiter in a dining car (1937) when his eyes fell upon a magazine left behind by a customer. In it he was confronted by the harsh repercussions of the Depression. The visuals of the dispossessed migrant workers saddened him. He felt restless. He no longer wanted to serve, but be a part of the solution instead. The camera now seemed like an apt instrument to bring about change and to make a living too. The encounter also introduced him to names like Dorothea Lange, Walker Evans, Arthur Rothstein and others, who were all part of the Farm Security Administration (FSA). Little did he know at the time that he would eventually join the FSA. A Difference in Perspective
Gordon’s life took a turn when he applied for a photography grant. Even though he was unsure of his chances of being selected, Gordon was convinced that his pictures had the qualities that the jurists were looking for. He won (1942), and the Julius Rosenwald Fund sent him to Washington, D.C. to begin his apprenticeship at the FSA, under the formidable Roy Stryker.

Stryker had developed quite a name for himself. As great a teacher as he was, he was equally ruthless. He seldom compromised on quality and was quick to discard work that did not meet his standards. So it was surprising that an imposing figure like Stryker would be apprehensive to take on Gordon under the tutelage of the FSA. It wasn’t because he couldn’t stand a black photographer or thought less of Gordon’s work. He was worried about a possible backlash not just within the FSA, but also in the city. However, the people at Rosenwald were staunch about including Gordon.

Gordon was aware of Stryker’s apprehension, but decided against letting it set him behind. His first assignment involved getting himself acquainted with the city. As simple as it was, the experience was one that he never forgot. He was taken aback by the outright racism that prevailed in the nation’s capital. Gordon was either turned away or not catered to by the several establishments he visited on that day. He returned to the FSA office furious, and poured his feelings to Stryker who listened attentively. Gordon had made up his mind, “I want to show the rest of the world what your great city of Washington, D.C. is really like.” But Stryker had other plans, and advised him to look at the FSA files and study the photographs. It didn’t take long for Gordon to realise the problem—there was no point in photographing the perpetrator, when the real focus should be on the persecuted. Soon after he photographed American Gothic, and this set the tone for all of Gordon’s subsequent projects on segregation. Humanising African Americans
Even though the colour of his skin threatened to weigh him down, Gordon was undeterred. He approached people with confidence and conviction—that he deserved as much of a chance as any other person. It became his approach to everything, and eventually got him a place in LIFE, making him the magazine’s first black photographer.

Gordon produced several photoessays for LIFE. The Harlem Gang Leader, 1948, and The Fontenelle Family, 1967, were two of his most important works. In them, he imbibed his anger over the inequality he had experienced throughout his life. But more importantly, Gordon became LIFE’s link to a world that was seldom visited by white people. His own upbringing and experience of segregation made him invaluable. Moreover, the magazine gave Gordon a platform to reach out to its white, privileged readers, and get them into a discourse about the severe prejudices that plagued the United States.

One of his LIFE assignments took him to Mobile, Alabama, a place brimming with the discriminatory laws of the Jim Crow south. The photoessay (The Restraints: Open and Hidden) was shot in colour, and were photographs of three families who resided in the area. Contrary to his hard-hitting B&W photographs, Gordon used subdued hues and a rather delicate approach towards his subjects. He focused on the daily life and the intimate moments shared between members of the family. His intention was to humanise these people, and liken them to any other family in America—that they too enjoyed the simple pleasures of life, like going out for an ice-cream or to the movies.

Although he mostly kept away from any signs attributing to the poor conditions that his subjects lived in, it wasn’t that he entirely avoided them. He shot discriminatory signposts with the words ‘black’ and ‘white’, thereby also reinforcing the injustice of the entire system. Moreover, his use of colour made the issue of segregation more relevant and less remote. The Genesis of His Fashion Work
While Gordon is most known for his documentary work, and for his movies like Shaft and The Learning Tree, not many today are aware that he began his career photographing fashion. Gordon stumbled upon fashion much in the same way as he had discovered the FSA. In his memoir, A Choice of Weapons, he recounts… “Vogue was one of the magazines well-to-do passengers left on the train. I used to study the luxurious fashion photographs on its pages and the uncommon names of the photographers who took them— Steichen, Blumenfeld, Horst, Beaton, Hoyningen-Huene. How lucky they were, I thought. Daydreaming once, I printed my name under a Steichen portrait of Katharine Cornell. And my imagination assured me that it looked quite natural there,” he said. Gordon decided to make this possible. He began visiting major departmental stores for assignments. After facing rejection upon rejection, he finally found himself at the doorsteps of Frank Murphy’s, one of the most popular fashion stores. The photographs he made for them were eventually showcased on the store’s display.

Gordon also had his eyes on the big guns—Harper’s Bazaar, Vogue and Glamour. Taking with him all the fashion work that he had shot so far, he approached Harper’s Bazaar’s legendary Art Director, Alexey Brodovitch. He was all praise for Gordon’s pictures. However, his parting words to him were, “This magazine is owned by the Hearst Corporation, and it doesn’t hire Negroes for anything; not even for sweeping floors.” Unfazed, Gordon approached Vogue’s Alexander Liberman, who immediately took him on and gave him his first assignment—to shoot a collection of evening gowns.

Gordon had a great sensibility for fashion and did an exquisite job in bringing out the beauty of his subjects and the clothes they wore. The city and its interiors became his primary backdrop, where his subjects posed for him. The women in his pictures always exuded a certain timelessness. Their gestures were soft when they looked directly at the lens. And when they didn’t, it appeared as if he had caught them unaware, giving us a rather delicate and intimate look into their life. He also experimented with movement, using a slow shutterspeed to bring out the fluidity of the dress and its colours. As his models swayed and danced, so did Gordon’s camera.

What was particularly amazing about Gordon was his ability to seamlessly transition into different roles. “I had been given assignments I had never expected to earn. Some proved to be as different as silk and iron. Once, crime and fashion was served to me on the same day. The colour of a Dior gown I photographed one afternoon turned out to be the same colour as the blood of a murdered gang member I had photographed earlier that morning up in Harlem,” he said. Living Life Fearlessly
Gordon was restless his entire life, and remained so till the very end. His restlessness took him to avenues that were often shut for people of his colour. Although most remember him for being a pioneer, Gordon himself never set out to be one. He did not accept jobs or take up assignments only to be the first black person to do so. He took them up to prove to himself and to the people who had doubted him—that he was well above the stigma that people of his colour came to be associated with. But his best quality

But his best quality yet, was his ability to see the beauty in the people and places he photographed, despite the evil that constantly threatened his existence. His advice to all was, “You need to have desire and the courage to fulfill that desire.” 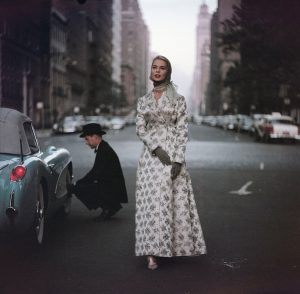 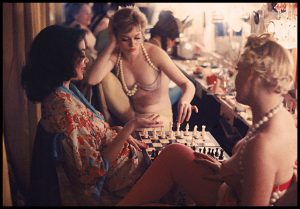 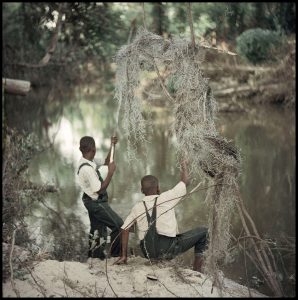 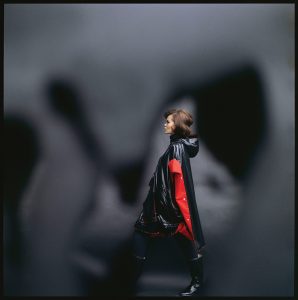 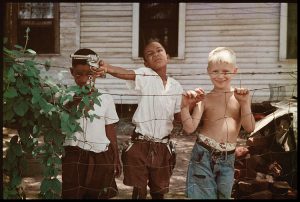 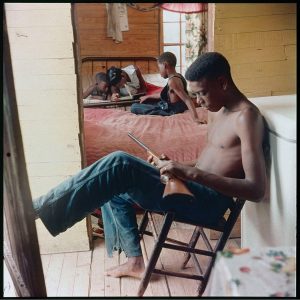 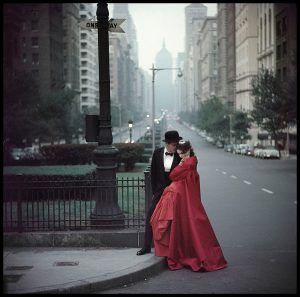 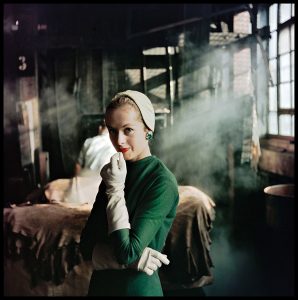 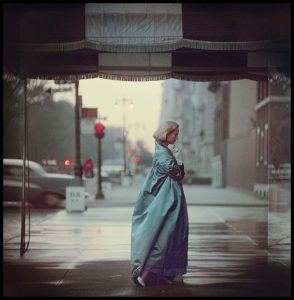 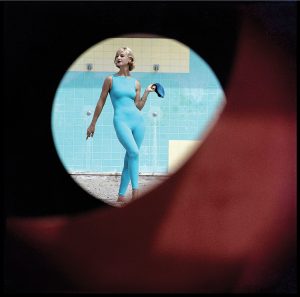 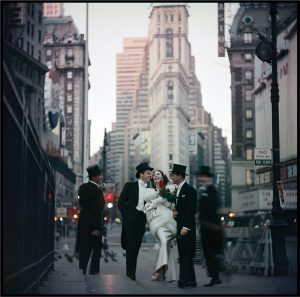