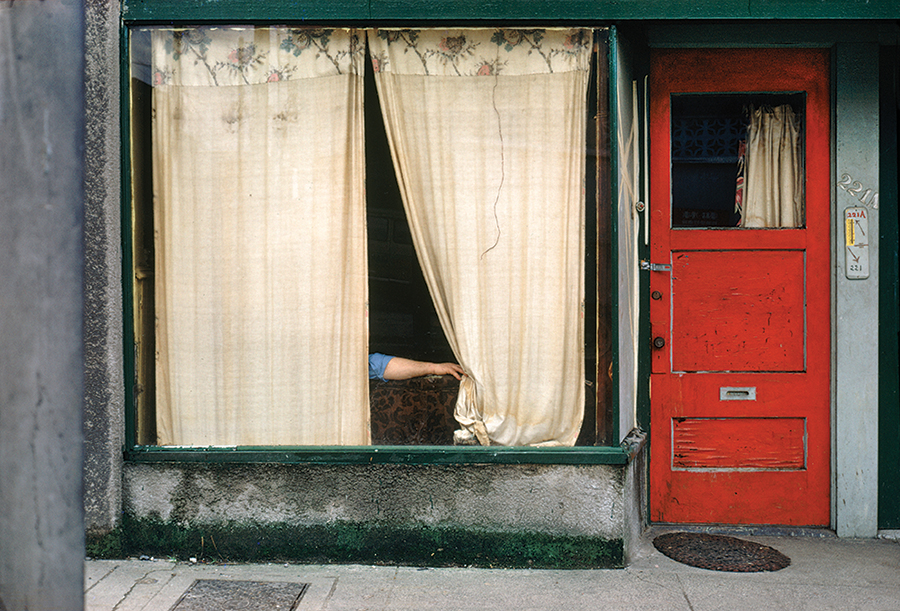 A colour photography pioneer, known for his distinctively vivid images of Vancouver’s streets, Fred Herzog found fame rather late in life. Tanvi Dhulia takes a look at his story.

Sarah Milroy, in her biographical essay for Fred Herzog: Photographs, delved into the photographer’s early memories. “My teacher in grade school used to say, ‘You are a dreamer.’ But she said it like, ‘You are a thief.’” His affinity for the arts may have been frowned upon by some, yet he excelled at drawing.

Looking at the immersive photographs of Herzog’s old Vancouver, it comes as a surprise to learn that he only became widely known after a major retrospective held in 2007. Born in 1930, he was raised in Stuttgart, Germany, before emigrating to Canada in 1952, where, in the following year, he used his first roll of colour film. 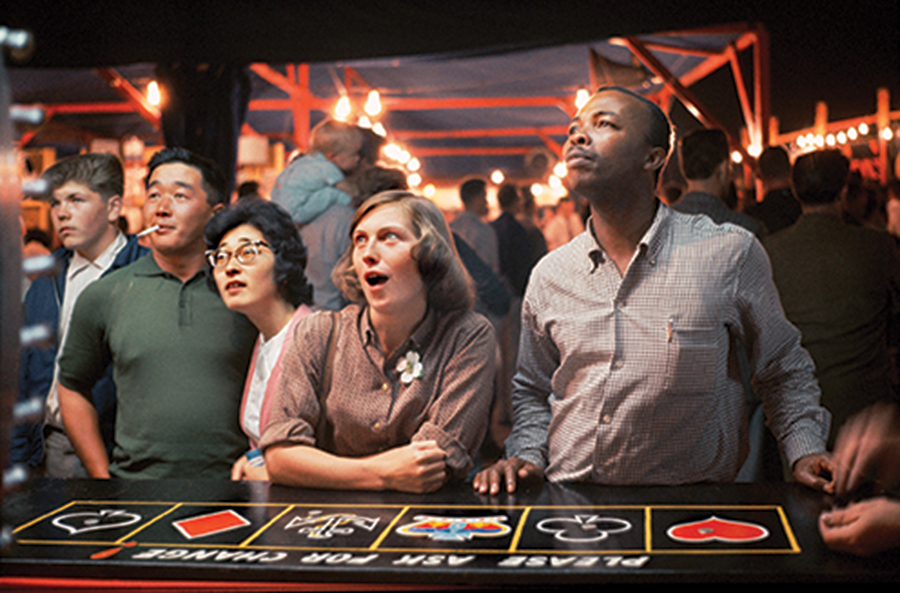 For the next several decades, he documented the streets of his adopted city, with its vibrant billboards by day and glowing neon by night. Diverse, spirited and unsavoury; he recorded all of it with a casual frankness, and a blend of affection and curiosity. When speaking to writer and curator David Campany, he described it as being “engagingly seedy and colourful.” His fascination with these characteristics led him to extensively photograph Vancouver’s Downtown Eastside, which was populated by the city’s workforce and minority communities. “New, clean, safe and honest neighborhoods do not give rise to interesting pictures. The thing that street photographers hope to discover has to do with the disorderly vitality of the street; the street people on the corners and plazas, in billiard parlours, pubs and stores, where shoppers, voyeurs and loiterers feel at home.”

What’s remarkable about Herzog’s body of work is how he recognised the artistic value of colour, at a time when black and white was hailed as the sole form for all serious photography. The former was reserved for advertisements, and rarely art or photojournalism. His consistent and masterful use of the medium pre-dates William Eggleston’s 1976 show at the Museum of Modern Art in New York. Furthermore, Eggleston himself only began making colour pictures in 1965. Amongst the pioneers of the medium in North America, Saul Leiter is perhaps the only one who engaged with the form before Herzog did. Interestingly, the Canadian photographer wasn’t familiar with Leiter’s colour work, until 2011. 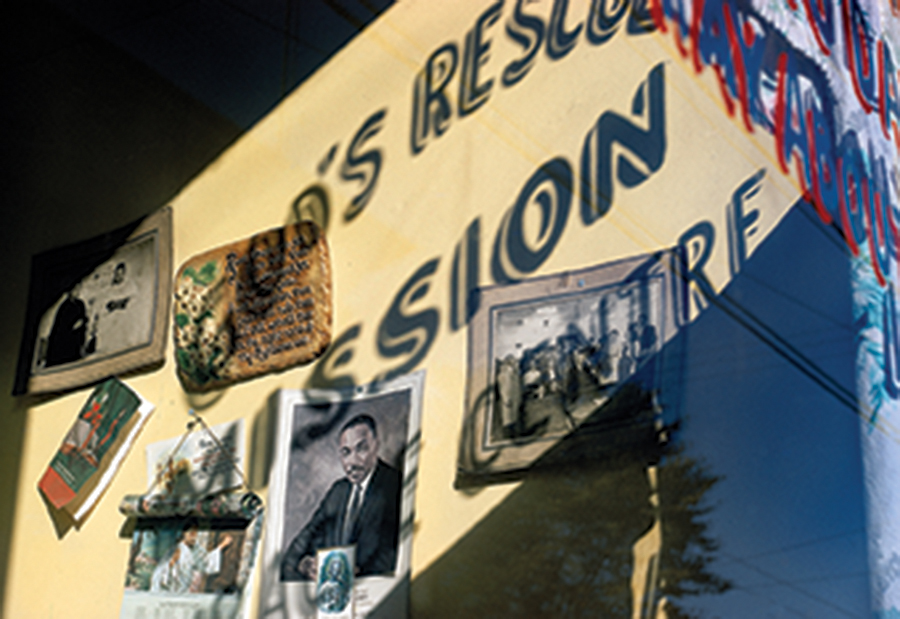 Fascinating Views and Clever Methods
Although the use of Kodachrome film presents stunning, life-like images, printing from transparencies was not a viable option for him, at the time. Hence, in 1957 he began to have slide shows of his pictures at numerous venues. It was only after digital inkjet printing came into being that he was able to receive wide access to the galleries.

For over three decades, he supported his passion for street photography by working as a professional medical photographer. He briefly considered switching to photojournalism, but was swayed against it by a sense of responsibility towards his family. “I needed to make a living,” he told Milroy. “And I did not have the constitution to do what a Robert Capa or a James Nachtwey had done.” On the subject of iconic magazines like LIFE, he held the opinion that, “They beautified the world into a (Alfred Stieglitz’s) Family of Man that didn’t exist.” 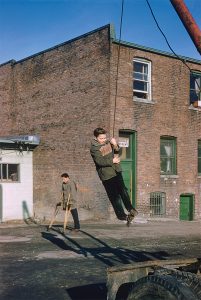 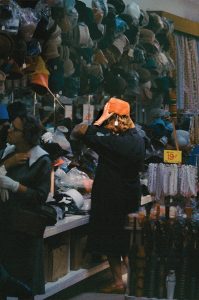 “I wanted to show the world the way it is. By doing it only a few hours a day and not every day, I had the freedom to do what I wanted.” It shouldn’t come as a surprise then that he felt “an immediate kinship” with Walker Evans, after coming across his depression-era work, in the early 60s. “There was a cognitive agenda in the pictures that you could see. The foreground speaks to the background, the left to the right.”

Ansel Adams, on the other hand, he couldn’t relate to. After attending a lecture by him in the same period that he discovered Evans, Herzog said that he was ‘disappointed’. “It was all about how spiritual you have to be to take a picture. That did not sit right with me.” 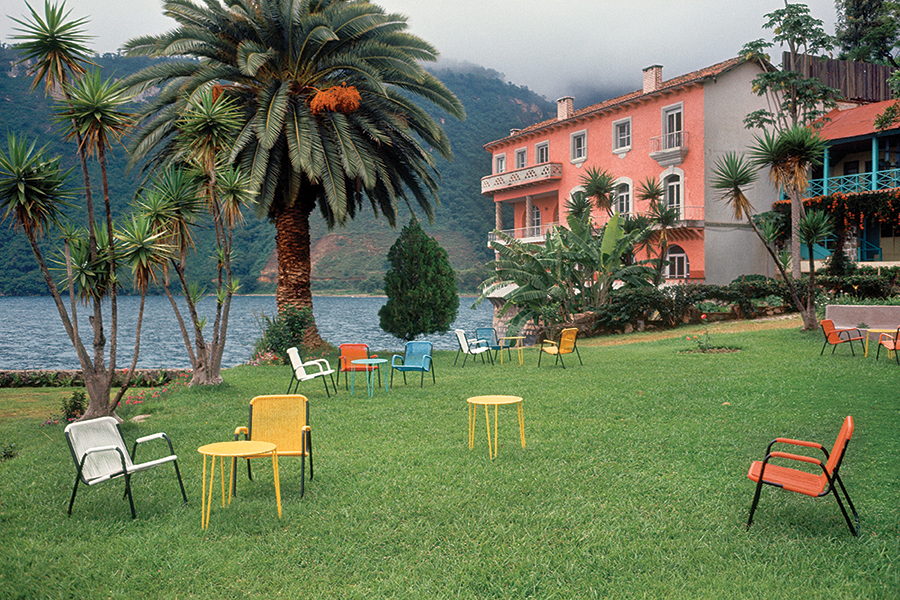 Sure of himself and a little stubborn in his ways, the lack of recognition didn’t seem to deter him in his bid to accurately depict the working class and their neighbourhoods. His use of the Kodachrome ASA 10 (ISO 10) film meant that shooting in poorly lit situations was a challenge. “But I was too proud to use a tripod,” he confessed at a 2011 retrospective. “I would just hold the camera very steady.”

He also has a curious tendency to keep the camera at his hip while making pictures. “Many gestures disappear in an instant, but a posed picture doesn’t look real. You must not deprive people of their real body language,” he said. “That is why I shoot from the hip. I don’t raise the camera up to my face. I don’t ask for permission. I never talk about it with them first.”

When asked about his opinion on digital cameras in 2011 (he was using the Lumix series at the time), he quipped, “Cameras today are not made by photographers, they are made by geeks. And geeks don’t take pictures.” He further went on to express how poorly designed cameras had become. “And the picture quality leaves nothing to be desired.” 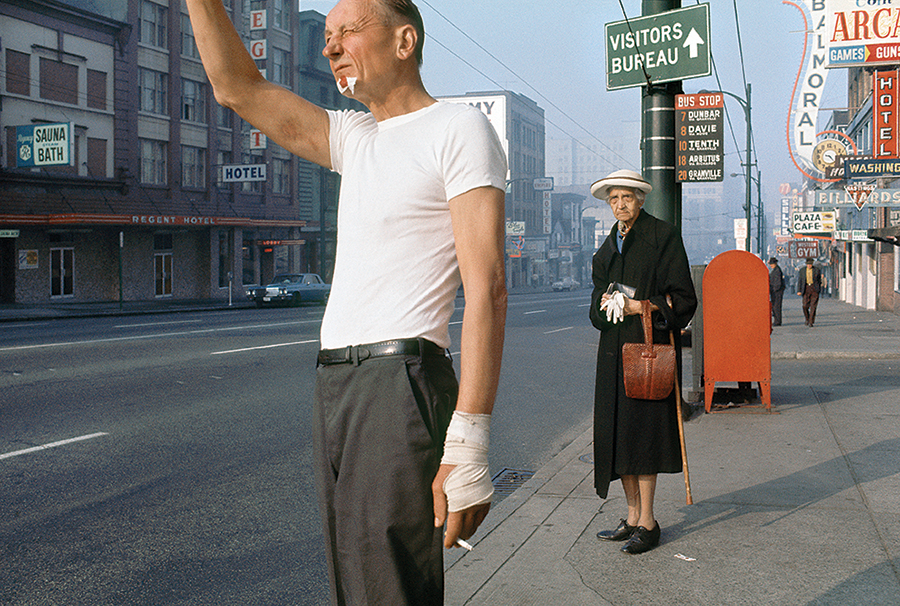 Uncertain Times
Growing up in Germany, a young Herzog lived through the Second World War and Hitler’s totalitarian regime. While his father was disturbed by the Nazi party’s rise and the approaching war, his mother (who passed away in 1941, after contracting paratyphoid) was more sympathetic to their cause. During the final phase of the war, the bombings by the Allied forces became more fierce, with many familiar faces being lost to flame and rubble. On one occasion, a stroke of luck saved his father, when the factory he worked in was bombed—he had been home for lunch. 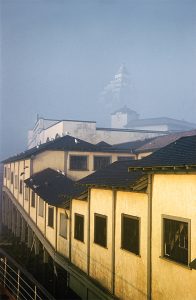 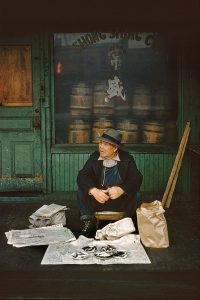 By the time the conflict wound to an end, there was no family house for them to return to; it had been reduced to ashes in 1944. And although no lives were lost in the incident, all of their belongings were irretrievable. “This was the biggest trauma I personally suffered,” he said.

When Herzog returned to school, six months after the war ended, he was surprised and distraught to find that none of his peers wished to discuss their experiences during the conflict. “They only wanted to talk about soccer,” he said. “That was devastating to me. I just could not believe that this war had already been forgotten by them.” A year after Nazi Germany was dissolved, his father passed away due to cancer. Herzog remains convinced that it was the trauma of the war that eroded his health. 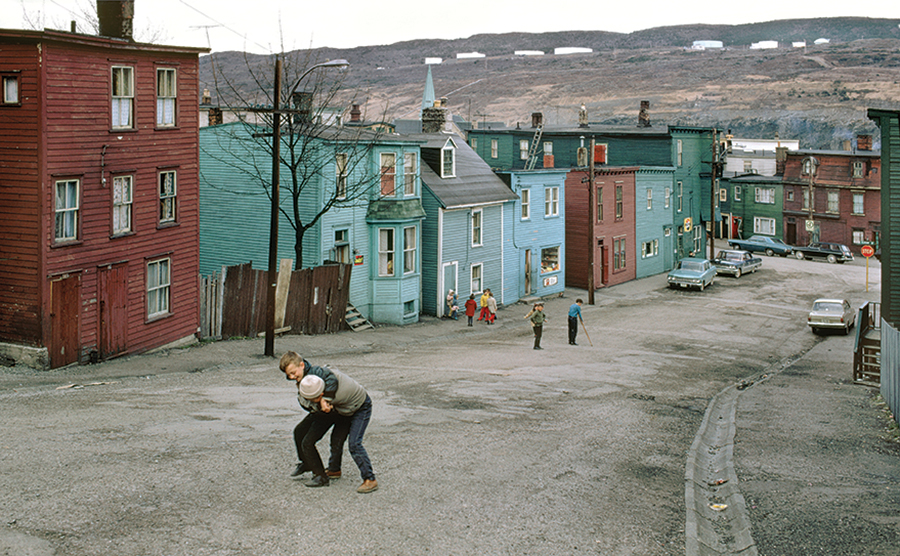 Toward Brighter Prospects
In the following years, he moved from the care of his neglectful stepmother to work at his grandparents’ hardware store as an apprentice. Around this time, Herzog’s uncle left him a Zeiss Tessco in his will. He used it for a few years, before trading it for a Kodak Retina 1, which didn’t have a rangefinder and had a slow lens. But it worked just fine for him. According to Milroy, his early black-and-white pictures captured “the texture of life in his community.” 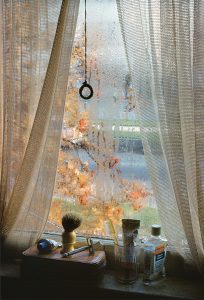 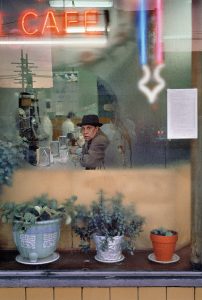 The strong desire for a life with better prospects drew him to Canada, where he arrived with little besides his photographic equipment. A chance meeting with a former infantryman turned medical photographer from South Africa, perhaps changed his life. Ferro Shelley Marincowitz, who had also emigrated to the country, bolstered Herzog’s enthusiasm for photography.

In comparison to the country of his birth, North America was a whirlwind of opportunities. Herzog took up a few odd jobs before becoming a medical photographer and winning several awards for his work, to eventually being appointed as an associate director at the Department of Biomedical Communications, at the University of British Columbia. Meanwhile, he got married, raised children, cultivated an interest in bike racing, and in his spare time, managed to make over 120,000 images that now have both historical and artistic significance. 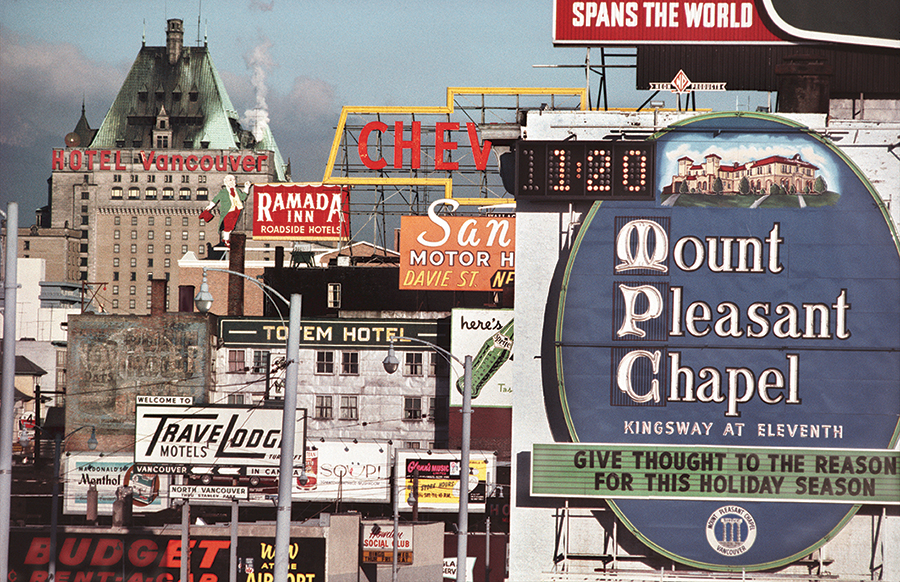 Erroneous Words
In 2012, during an interview with Marsha Lederman from The Globe and Mail, Herzog happened to mention the phrase “the so-called Holocaust.” Lederman, a child of Holocaust survivors, was stunned into silence. When confronted, he attempted to explain himself (unsuccessfully), and eventually apologised for his ignorance regarding the subject. In successive conversations with the journalist, he provided context for his misinformed statement, revealing the great upheaval he faced as a child, during and after the war. 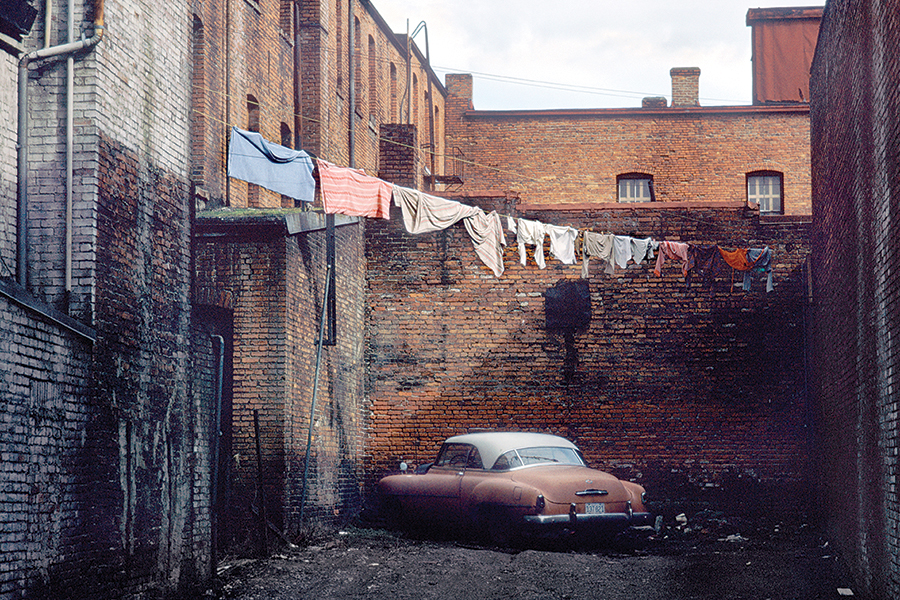 It’s difficult to make a case for obliviousness regarding a part of history as damning as the persecution of Jews during the Second World War. Yet, as disconcerting as his words may sound, it would be unmindful to subsequently dismiss the trauma he suffered as a young boy. After months of pondering his words, Lederman wrote: “I see his photography as the expression of a victim whose pain was not deemed valid in light of the atrocities of his countrymen and what others suffered; a young man who came to Canada and had to remain silent, but whose work speaks volumes.” These thoughts are reflected in words he once spoke—“You know, what we put into our pictures is not a smart idea. What we put into our pictures is our whole life and our whole intellectual discourse. Everything we know and everything we have done and everything that’s in our history goes into every single picture we take.”

His “extended city portrait”, as Campany called it, is a kind of vivid poetry. The innumerable signs and billboards—which to an untrained eye would have appeared chaotic—seem to arrange themselves cohesively in his clever frames. And he used colour, not to make pretty what he captured, but to convey the sheer delight of what he envisioned. This insistence on showcasing the colours as he saw them, prevented his work from receiving widespread recognition, for over five decades. Andy Sylvester, of Equinox Gallery, commented, “Think about being a writer and constantly writing and no one’s published your work for 54 years. I mean, you’d quit, right?” Herzog himself responds to questions regarding his late rise to fame with slight bewilderment. “I think I would have had a less interesting life if success had come earlier.” For some, his photographs evoke a sense of nostalgia for “simpler times.” But gazing at them, one wonders whether times were ever simple at all.

All photographs courtesy of the artist and Equinox Gallery, Vancouver, Canada. 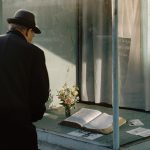 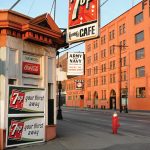 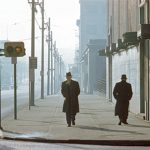 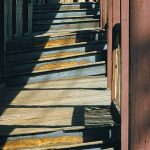 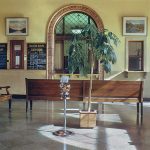 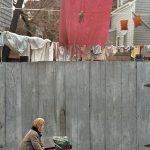 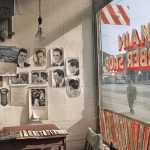 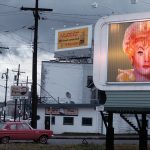 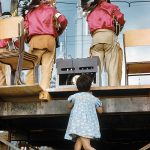 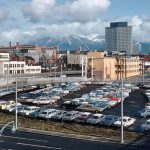