An outlier by design, Doris Ulmann was a spirited champion of the voiceless. Nayanika Mukherjee retraces her legacy. 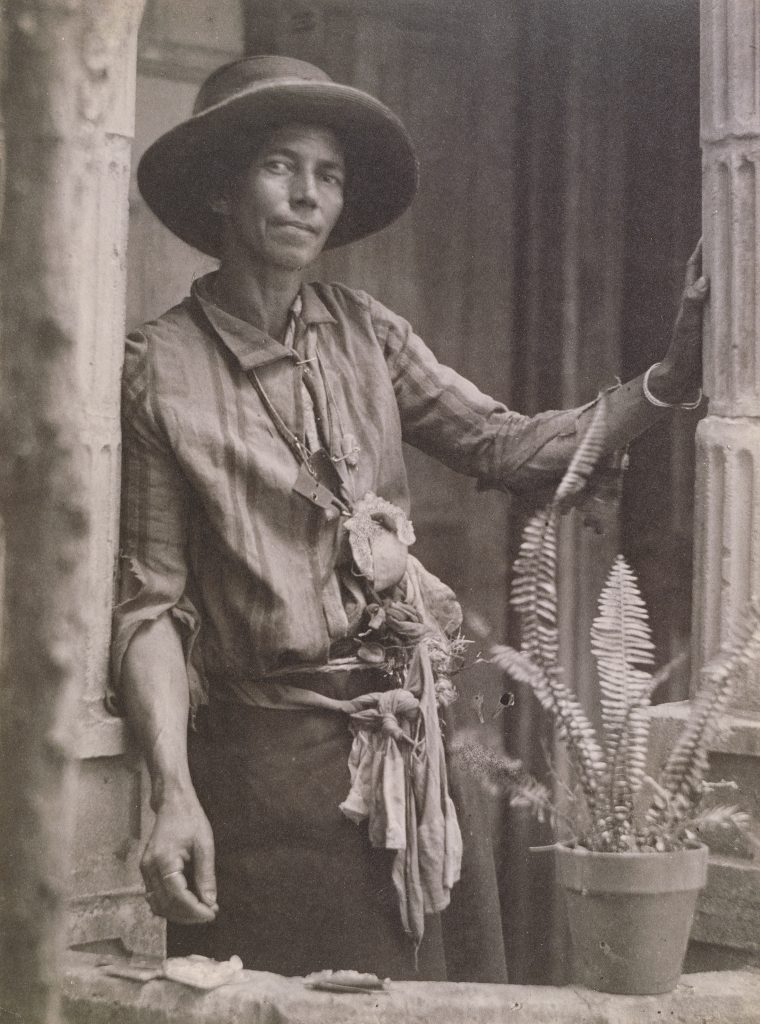 The Herbalist, probably Louisiana or South Carolina, between 1929 and 1931. All photographs courtesy of the J. Paul Getty Museum, Berea College, the University of Kentucky, the Library of Congress and Wikimedia Commons. 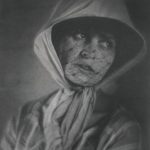 Photography has always been a long-winded process. The early days saw photographers mounting a large-format camera on a tripod, physically holding open the lens cap for an exposure time of two to three seconds (or more)—all the while hoping that their subject did not move—to spending up to 30 minutes developing each glass plate.

It’s quite incredible, then, that Doris Ulmann, a genteel, gown-wearing lady from New York, traveled across America to create more than 10,000 photographs. 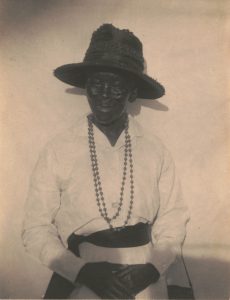 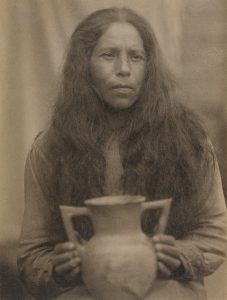 Sheltered Beginnings
Hailing from a wealthy family, Ulmann was surrounded by assistants and housekeepers, making photography a vocation of personal interest that she could explore at her own pace. In 1900, she enrolled for teacher-training at the Ethical Culture Fieldston School—a progressive organisation that prioritised individual worth over social stratification. Some speculate she was taught by Lewis Hine here. Whether they crossed paths is unknown, but the liberal institute reinforced an egalitarian upbringing that would catalyse Ulmann’s social awakening.

Ulmann married surgeon and fellow photographer Charles H. Jaeger of the Columbia Medical School in 1914, and this likely opened doors in 1920 for her first photobook, featuring 24 stoic portraits of the University’s medical staff. Later, she created a similar volume at Johns Hopkins University, and a separate collection on 43 editors from various publications in New York. As her reputation as a fine art photographer grew, Ulmann invited a steady stream of writers, performers and intellectuals home, firm in the belief that bathing in a creative milieu enhanced one’s work. Albert Einstein, Rabindranath Tagore, William Butler Yeats and Robert Frost were some of her subjects. 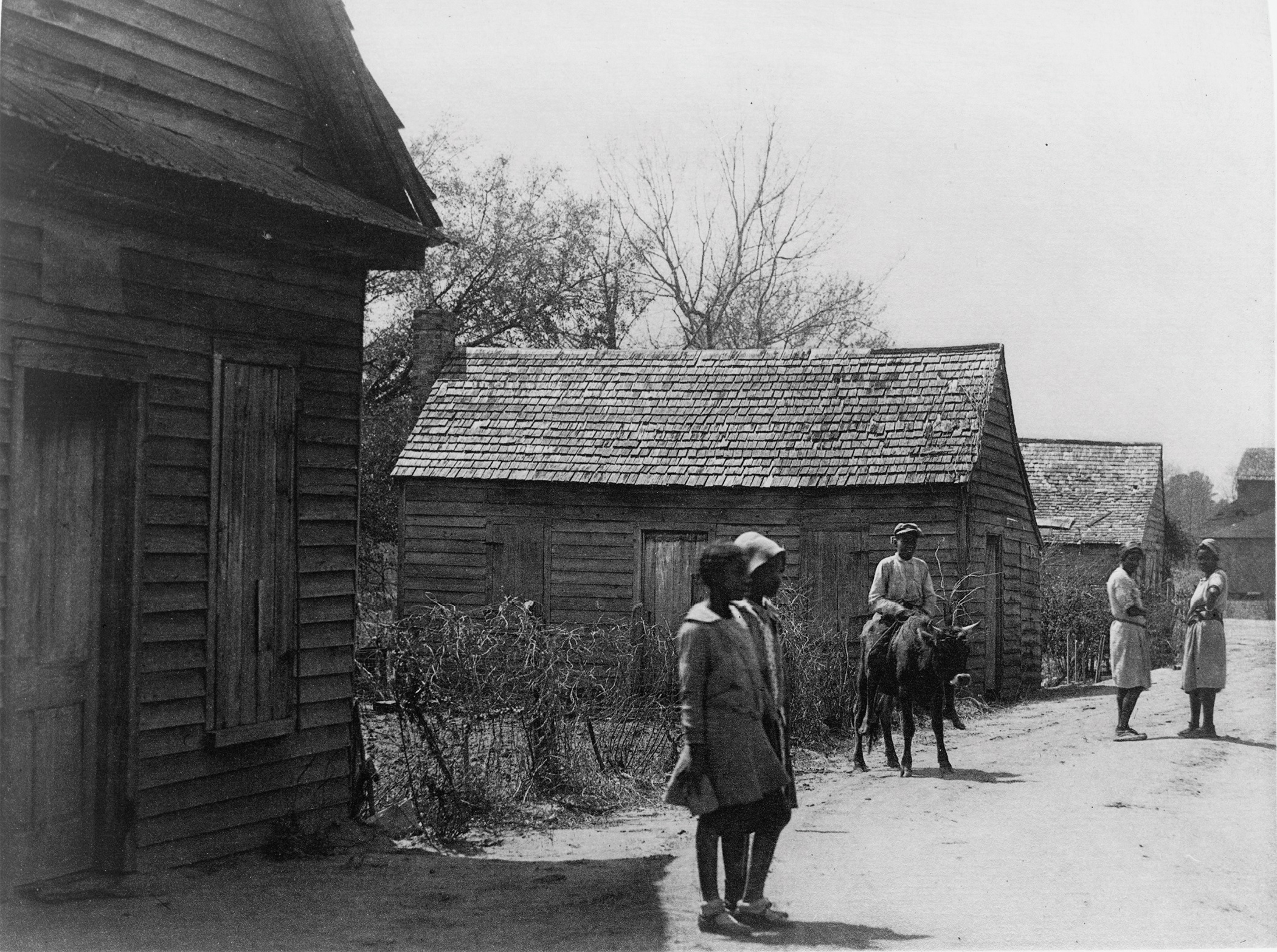 Two African-American women and three children, one of them on a cow, on an unpaved road, in front of buildings, 1933. The image is from the book Roll, Jordan, Roll. 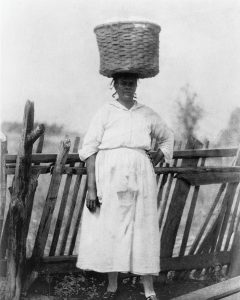 An African-American woman is seen standing by a wooden fence, with a basket on her head, 1933. The image is from the book Roll, Jordan, Roll. 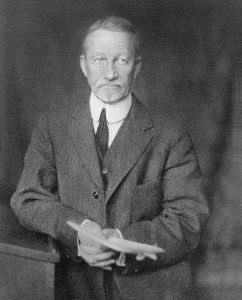 Ulmann enjoyed her new-found recognition as an amateur, but the monotony of attending literary teas slowly crept in. She then began exploring small midnight getaways to older realities in Kentucky, New England and South Carolina. Around this time, in 1925, she endured a divorce and a surgery, which only strengthened her determination to depict those “for whom life had not been a dance”. This possibly pushed her out of photographing the plush boroughs of New York, and into the American South.

Journey to Appalachia
Folk art advocate Allen H. Eaton was looking for photographs of artisans, as primary source material for his book Handicrafts of the Southern Highlands. And so Ulmann began her most well-known series—an expansive documentation of arts and crafts of the Appalachian mountains from1928 to 1934. 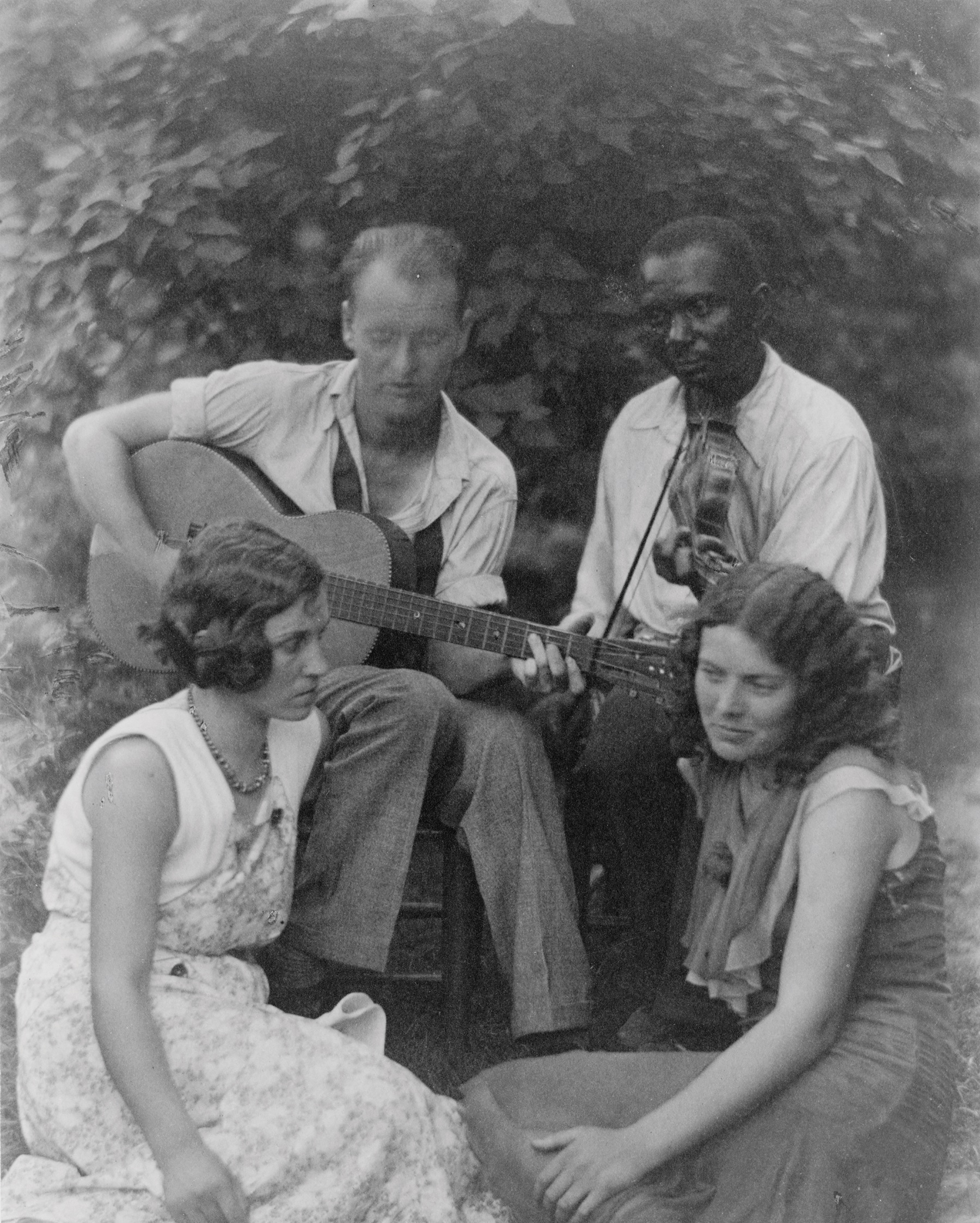 Four musicians, including a man, playing a guitar, a man playing a violin, and two women seated on the ground, about 1930.

The Appalachian people included Anglo-Scot and European immigrants, indigenous populations like Cherokee Indians, as well as tri-racial Melungeon groups. These were communities seen as unintelligent and abrasive, and were seldom included in the American mainstream. Fearing that industry would overtake their traditional ways of life, Ulmann sought to use publication in respectable journals and magazines to raise awareness and change public opinion. She saw America as a land of opportunity, and herself as someone who could record representative ‘types’ for a healthy democracy. Already an adept conversationalist, this endowed the soft-spoken lady with a boldness to approach lesser-known communities and bring out the hardworking sense of purpose that defined them. Ulmann was assisted on these six-month sojourns by folk music archivist (and Kentucky native) John Jacob Niles. He jokingly complained of her exacting nature, recalling how she would instruct him ‘forty times’ while developing images. Her meticulous approach was further compounded by an eye for drama.

“If I ever assisted her, she stood over me and watched everything I did, telling me forty times how to do the simplest operations.”—John Jacob Niles

The chauffeur-driven Ulmann once had to be carried across a stream by Niles, and she realised this as an amusing moment. The duo then returned to the banks, set up her camera, and made the crossing again, while an assistant held the lens cap open. The playful image remained etched in Niles’ memory for many years.

Ulmann bore a romanticised idea of the photographic process, mentioning an aversion to the ‘snapshot’ photography that emerged with advances in camera technology. A supporter of Alfred Stieglitz’s Photo-Secession movement, she agreed that a final vision, while developing photographs, was critical. “Ulmann was aware of other techniques,” says Hillary Brown, Director of Communications at the Georgia Museum of Art, “but we can only assume that she liked the effects produced by the platinum printing process.”

Prudent Portrayals
Also influenced by fine art proponent Clarence H. White, Ulmann preferred a 6.5 x 8.5-inch camera and soft focus lenses, and followed the pictorialist style. Like an artist laying on washes of colour, she made multiple images of the same space—be it a physiologist in her apartment, or a potter on the road. This was expensive, but Ulmann could afford to create a personal collection for herself. When it came to making prints, however, many images were monotypes—an indication of artistic conviction.

Her curly pencil signature was present at the bottom of select photographs, possibly those she found suitable for exhibitions. Ultimately, her desire was to convey a person’s dominant traits such that verbal descriptions became unnecessary.

“A face that has the marks of having lived intensely, that expresses some phase of life, some dominant quality or intellectual power, constitutes for me an interesting face.”

Sitters could leisurely decide their positions, attire and props, subject to her own minor inputs. Given the diversity in subjects, this could range from a spinning wheel, to a single dahlia, or the Encyclopaedia Britannica. The Bible, however, features prominently in the hands of several of her rural and urban subjects, a common locus bridging economic barriers. According to Philip Walker Jacobs, the author of The Life and Photography of Doris Ulmann, she used external objects to identify her sitters’ vocation and social position. Because of this time spent in direction, her photographs lie in the hinterlands of the documentary tradition. She was not incisively depicting reality as is, unlike the later Farm Security Administration photographers, but projected hopeful ideals of a life that could have been. 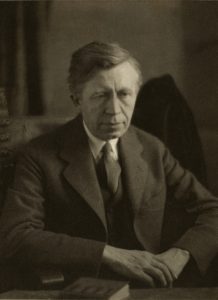 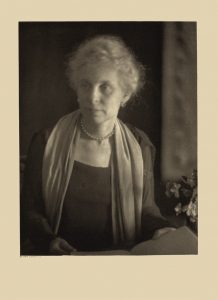 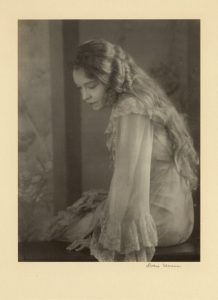 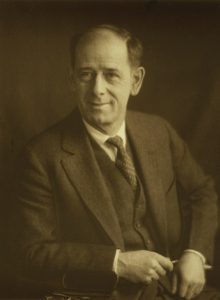 Ulmann gravitated towards veteran artisans and their craft. She once told journalist Dale Warren of The Bookman, “A face that has the marks of having lived intensely, that expresses some phase of life, some dominant quality or intellectual power, constitutes for me an interesting face. For this reason the face of an older person, perhaps not beautiful in the strictest sense, is usually more appealing than the face of a younger person who has scarcely been touched by life.” Ulmann herself was not in the best of health, suffering from a host of orthopedic and internal ailments, and she empathised with the frailty of the old.

But despite this preference, she made hundreds of pictures of children between 1915 and 1934, dreamlike frames akin to classical paintings. 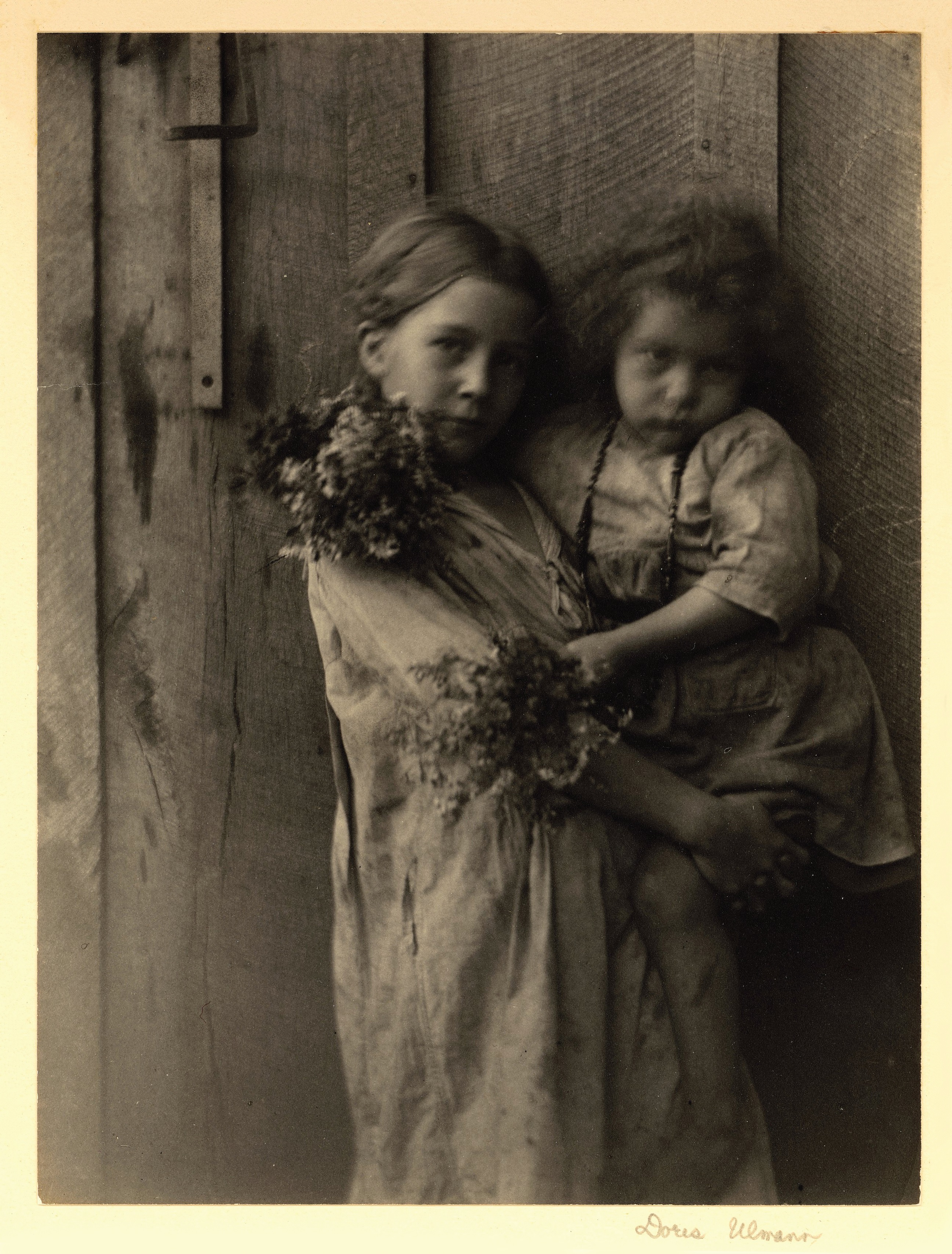 Young girl holding a
younger girl who is
holding two bouquets
of flowers.

Dignity in Struggle
Ulmann was also enamoured by religious orders like the Sisters of the Holy Family, an African American Catholic group in New Orleans that provided guidance to the community’s youth. Like many others, Ulmann’s close friend Julia Peterkin found her interest ‘queer’, but Ulmann was a diplomat when it came to navigating friendships alongside her photography of choice. The publisher Robert O. Ballou, however, recognised the scope of these dignified pictorial studies in American history, and contacted Ulmann for a photobook. She had already photographed a significant number of former slaves and their Gullah descendants on Peterkin’s cotton plantation, and so Ulmann contacted her to pen essays for the book. The seminal 1933 work Roll, Jordan, Roll was thus born—an ethnographic study of the religion and creole culture of the Gullah people in Georgia, South Carolina and the Sea Islands. Nancy, an African-American sitter, called Ulmann’s photography “God’s work”. 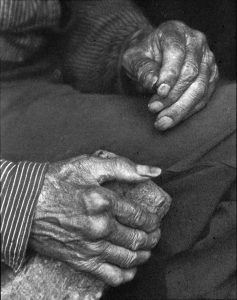 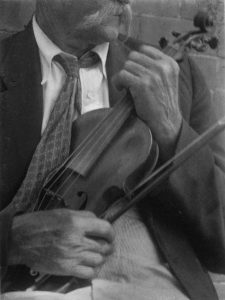 Treating people of colour as esteemed subjects was an uncommon choice during the Great Depression. As racial violence resurfaced, Ulmann bore a careful frame of reference—she neither chose a pitiful portrayal, nor attempted to place them in an idealised pastoral setting, where years of toil and suffering were wiped clean. Rural sitters uncomfortable with being photographed may have humoured this unusual stranger on seeing her fragile frame. Between 1929 and 1934, Ulmann’s chain-smoking, poor diet, and lengthy exposure to photographic chemicals had caused kidney and breathing problems that would eventually lead to blood poisoning. And thus, an impending sense of death never left her eyes.

A Headstrong Legacy
Unlike her contemporaries like Dorothea Lange and Margaret Bourke-White, Ulmann refused to endorse the shining image of American industrialism that fascinated the media in the 1920s and 1930s. Instead, she further coordinated her trips with the needs of progressive agencies, working to uplift society by using her position to draw attention to the voiceless. This reduced commercial publication opportunities, but Ulmann did not feel troubled by dimming popularity. It reminds one of Victorian novelist George Eliot, who railed against the imposition of aesthetics that excluded ‘rounded backs and weather-beaten faces’ from mainstream society. 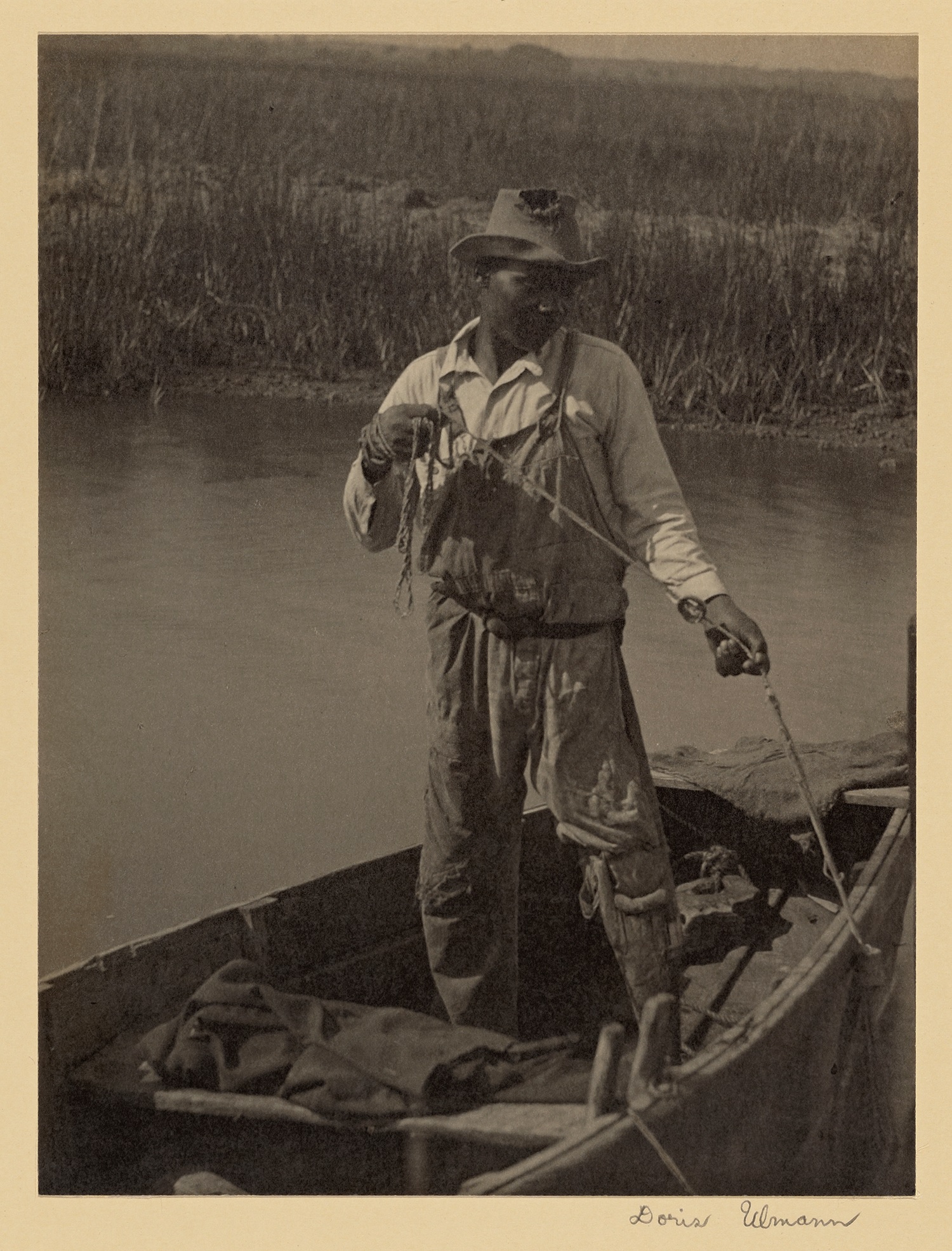 Fisherman with wooden
leg, near Brookgreen
Plantation, Murrells Inlet,
South Carolina, between
1929 and 1931

“It is the tension between her romantic vision and little unintended bits of the present, that give her  photographs their  haunting power.” —Unknown critic,  The New York Times

The Doris Ulmann Foundation (Niles and Allen Eaton were among named trustees) hired New York photographer Samuel Lifshey, after Ulmann’s death in 1934, to develop the 2000 negatives made on her final expedition. He provided the proof prints for Handicrafts of the Southern Highlands, which finally came out in 1937. Lifshey also provided proof prints from Ulmann’s 10,000-strong glass plate archive. Unfortunately, a majority of these plates—including most of Ulmann’s African-American work—were deliberately destroyed for a convenient transfer from their temporary home at Columbia, to the University of Oregon, in 1954. 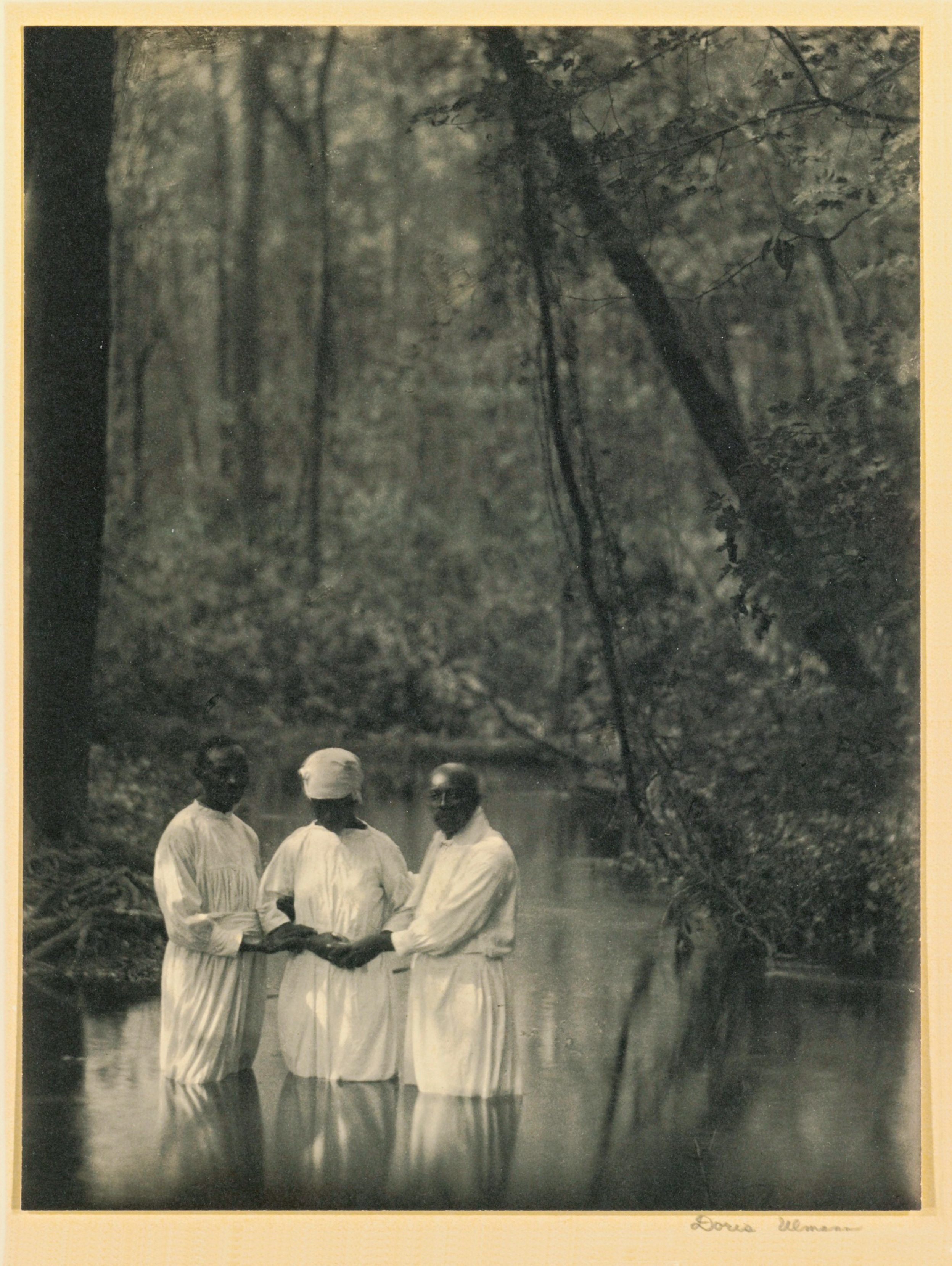 Doris Ulmann remains an important transitional figure between the fine art and socio-documentary approaches to photography. John Jacob Niles fondly remembers the immense kindness that informed Ulmann’s personality and photographic process—every ruined trouser and every damaged piece of his equipment was instantly replaced. Discomfort was an alien concept for city-bred women of her stature, but Ulmann’s unwavering resolve adjusted to accidents, extreme bouts of sickness, and grimy conditions on the road, as a tireless chronicler of the unseen and the unexpected. 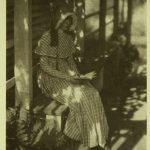 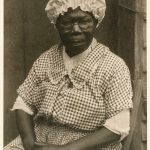 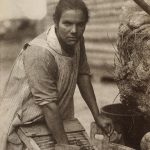 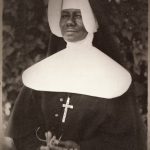 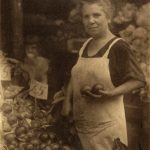 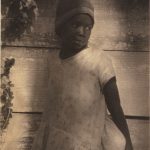 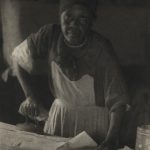 African-American woman ironing, 1933. The image is from the book Roll, Jordan, Roll. 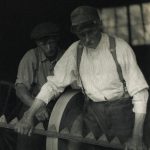 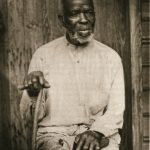 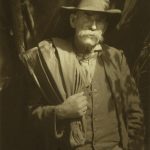