Raj Lalwani enters the world of David de Souza’s images, to get an insight into the mind of this maverick educationist.

This story was originally published in December 2010.

Entering David de Souza’s house is like entering Wonderland. You walk through a narrow passageway, and are greeted with a variety of sights and sounds. An old fan greets you as you enter, with the blades starting to rust. There are books on the bookshelf by authors ranging from Marcel Proust to Friedrich Nietzsche. To sit, you have to choose between a stool shaped like someone’s posterior, and a unique transparent chair. As you settle, you notice an installation made of icecream spoons, resembling a large collection of spaceships that are about to take off. You soon see more knick-knacks—books shaped like threedimensional hearts and even toys, including a large collection of spinning tops. And then, something that has always made me chuckle—two curious bicycles hanging from the ceiling, each of which seem like they have travelled a thousand miles. Photographer David de Souza taught me in college, and in the past four years that I have been visiting his place, it throws a new set of delights at me every time I walk in.

Play and Create
David de Souza’s house is something like a giant art gallery—only, it is a lot more interesting. Within this whole setup, the large photo frames that depict his latest work seem almost incidental. The house is indicative of David as a photographer and a person. Just like some of his recent images, the manner in which everything has been arranged is intricate and narrates a story—almost like a theatre set. These artifacts reflect a childlike attitude that is keen on playing with something and creating art out of it. As I think this to myself, David mentions how we need to look at photography as children. He shows me a book that he personally enjoys—a pop-up version of  The Jungle Book. Each page of the book has the young kid Mowgli, Kaa, the python or Bagheera, the panther popping out of the book in the form of cutouts—so you have to interact with the book as you read it. David shows me the book with unbridled enthusiasm and says, “Most of us see the photograph as a rectangular, flat visual that needs to be put on a wall. Why can’t we see it printed on wood or on paper that is folded using Origami? My next monograph Dreams, seeks to interpret human dreams using devices like 3D and pop-ups.”

Born to be Free
He then shared a rather simple thought that stayed with me. “I think the fundamental of life is that we are born to be free. If there is a bhagwaan who created us, he wants us to not be shackled. Be yourself. You should be fully Raj, I should be fully David—that is what it is to be fully bhagwaan,” he says. David laments the fact that we are all conditioned to think in a particular way. “Why should we conform to an ideal? The fact that we are all so diverse, is gorgeous. That, in fact, is what my classes are all about.”

For the Sheer Joy of it
David’s photography classes are unique in terms of the fact that he barely ever mentions technical terms like shutterspeed or aperture. “I try to tap the student’s individuality. If something enriches me—whether it is a dance, pop-up book or a graphic novel—I share it. We should seek inspiration not just from photographers, but from everything in the world—artists, actors, writers, places, food, and nature itself.”

He places great emphasis on the process rather than the result. He equates this to creating a rangoli artwork. It will be swept away in a few days, but the joy of creating it is what matters. “There is life beyond what we do. Life is about who we are. Our integrity is far greater than whether we produced a fine picture or not. What is the point of making outstanding pictures if you are not an outstanding person?”

Playing Visual Theatre
David de Souza refuses to be classified into one particular slot—“I enjoy making photographs of subjects of special interest to me, and they can be anything,” he says. After having shot a lot of street and travel work earlier, he has now started interpreting Indian mythology and dreams.

These are images created from scratch to depict an idea or a philosophy. He creates an alternate universe that has multiple elements interacting with each other. “Some people tell me that they like my older work more, but it does not get my creative juices flowing today. Everyone evolves—even the great Helmut Newton, famous for his nudes, got bored of what he was doing, and took to making pictures of fully clad women in Afghanistan. It is good to have one’s stamp on a photograph, but I do not want to get to a point where David de Souza starts boring David de Souza.”

In Wonderland
This constant evolution is probably what defines this photographer best—not only does he explore various genres, but also pushes the form in the process. “Who says that a picture should look like the way we see? I, personally, like pictures to resemble what I cannot see.” At that point, a colleague of mine, also an ex-student of his, rang the doorbell. As she walked into the house, she said only one statement, which I am sure a lot of others have repeated, “David, your house is like Wonderland!” 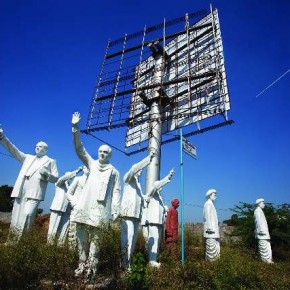 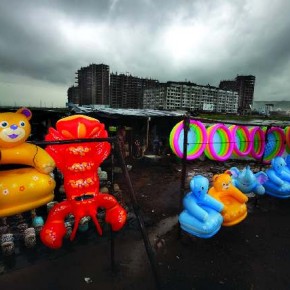 This is a photograph from an upcoming body of work Resi-due. Photograph by/David de Souza 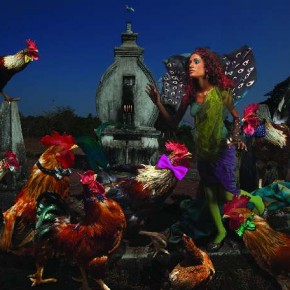 This is an image from the monograph Dreams. Photograph by/David de Souza 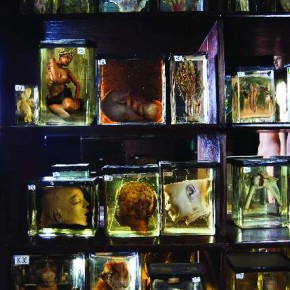 This picture is from the Dreams project. Photograph by/David de Souza 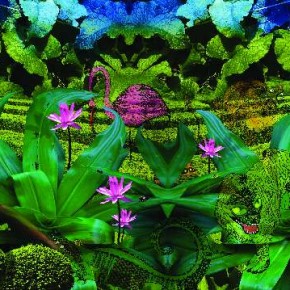 This photograph is a part of David’s Dreams project. Photograph by/David de Souza 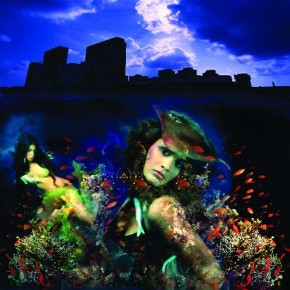 This image is from David’s work on Indian mythology. Photograph by/David de Souza 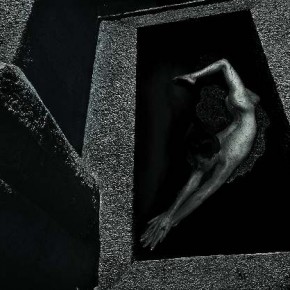 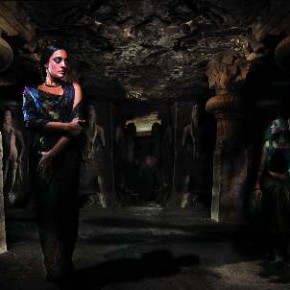 This picture is a part of the monograph Dreams. Photograph by/David de Souza 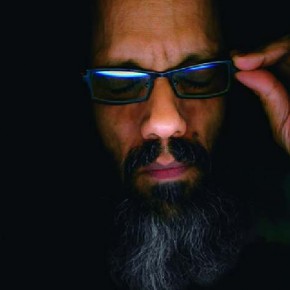