This photograph of a boy in a vintage Chevrolet car is one of David’s most famous images and was also used as the cover of his book Cuba. Photograph/ David Alan Harvey

When I sent my first email to David Alan Harvey,requesting him for an interview, his reply was prompt and friendly. That was a little more than a year ago. Since then, this photojournalist extraordinaire has shot for weeks in Rio de Janeiro and Spain, and also finished his latest project American Families. With each email, I would get a nugget of information abou his latest work, and I slowly started getting an insight into his mind. David is a photographer who is loved and revered by millions across the globe,but when you see him interact with his fans and students on the Web, you simply forget his iconic status.
Simply put, he is one of us. David Alan Harvey has always had this quality and it is something that actually helps him shoot the stunning imagery that he does. His warmth, ability to make friends easily and eagerness to be a participant in any activity is what distinguishes his photographs and makes them stand out.

Spurred by Rejection
David attributes a large part of his success to something that we have all faced—rejection. When he was in his early twenties, he got an opportunity to shoot for National Geographic. It was a chance that could have made him a prodigy, but his images were rejected. He received a letter from the editor that said, “David, you are young and strong, and I am glad because what I am going to tell you will make you feel old and weak.” While most people would have got disheartened, he only took it as an opportunity to introspect.The work he shot immediately after the rejection was stark, evocative and eventually went on to become a book. It also got accepted by the same editor.

The Joy of Life
David loves to interact with the locals and get into the skin of a place. “It is the point where I stop being a visitor. That is when the love affair with a place begins,” he says. He says that he has always been fascinated by Latin culture. Greatly inspired by the books of Colombian novelist Gabriel Garcia Marquez, he spent a long time studying the migration of people from Spain and Portugal. “I am intrigued by the confluence of cultures that takes place when people from one area settle in a different continent. There is a theatrical drama that is created by a blend of blood, culture and religion. Photography is only an excuse to capture that magic,”he says.

Initiating a Dialogue
When David realised that his audience was not restricted to the Americas, he decided to start a blog. Early last year, he took the blog a step further, to create and curate a unique e-magazine called Burn. He explains, “While conventional ideas of photography and pictorialism are still valid, it is time we open our eyes to different possibilities.” David justifies the inclusion of both documentary and art photography in Burn by saying,“Documentary and art are two sides of the same coin. It is like literature, which maybe either non-fiction or fiction. We should be able to enjoy both!”

A Child Saw It
David Alan Harvey is an extraordinary magician whose wand transports the viewer into a new world each time. His portraits are stunningly intimate—you can almost smell the place and hear its music when you see the image. However, when he photographs children, you almost sense as if the volume of the music has been toned down. The celebration is muted, almost missing, and the pictures are quiet… almost contemplative. He acknowledges this and says, “I was afflicted by polio when I was six. There was a long time when I was kept in isolation, with only the ceiling fan to stare at. I would look at the world outside through a window and wonder if I would ever be able to walk again.”
For him, childhood was a period of contemplation and that comes through in his images subconsciously. After all, it was when he was a child, at the tender age of 12, that he declared to his family that he was going to become a photographer. His first book, shot and made by him at the age of 14, was a scrapbook of pictures of his family. That book, he maintains, is one of his freshest and most important works even today.

He signs off, “When I was in the hospital, I thought to myself that if I ever get better, I have to really live my life! That is probably why my photographs touch upon two contrasting emotions. While they sometimes reflect on the lonelinessI felt during those troubled times, they also reflect on the happiness I felt on getting out of there—the celebration of life.” 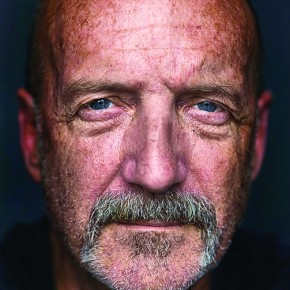 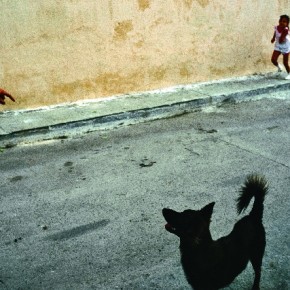 David uses his 28mm and 35mm lenses to explore spaces and the people that inhabit them. Photograph/ David Alan Harvey 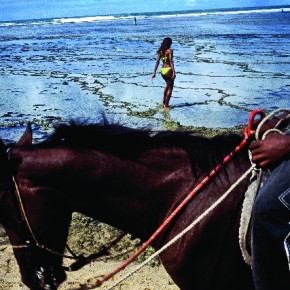 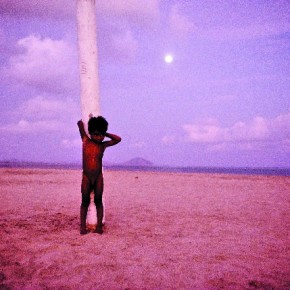 His quiet, contemplative portraits of children are a subconscious result of his own childhood. 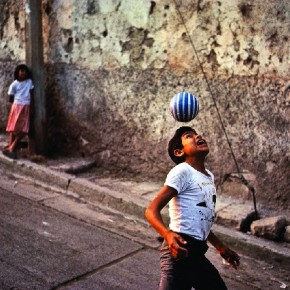 The contrasting moods of the boy celebration and contemplation are typical to David’s style. Photograph/ David Alan Harvey 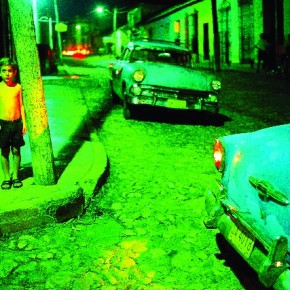 The book Cuba has a number of images that show children standing alone in the urban landscape. Photograph/ David Alan Harvey 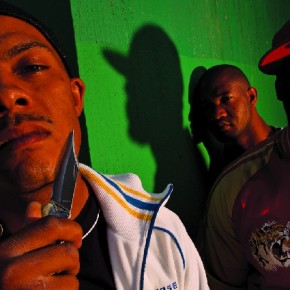 David often plays with shadows, as is evident in this portrait of hip-hop artistes. Photograph/ David Alan Harvey 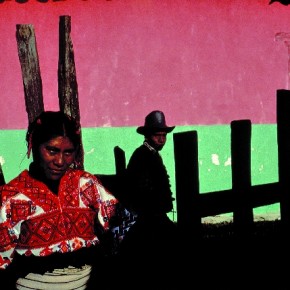 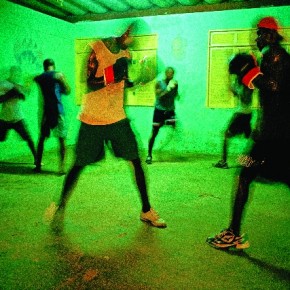 This photograph of a boy in a vintage Chevrolet car is one of David’s most famous images and was also used as the cover of his book Cuba. Photograph/ David Alan Harvey