Natasha Desai looks at Brett Weston’s starkly individual imagery and attempts to understand the enigmatic personality behind it.

This article was originally published in March 2016. Being in school, children look forward to summer vacations and long weekends, but most of all, unexpected holidays. Now, imagine if you can, being the 13-year-old son of renowned photographer, Edward Weston. One day, your father, the legendary Edward Weston picks you up from school and tells you that you will not be attending it for a while. Instead, you will be accompanying him and a few friends to Mexico. Imagine the wonder, confusion, thrill that this might bring and you will be in the shoes of Brett Weston on a fine California day in 1925. It was in Mexico that Brett first held a camera in his hands—a ‘small’ Graflex 3 1/4-inch x 4 1/4-inch.

Although, he spent a short amount of time in Mexico, he would recall the period throughout his life with extreme fondness. There, he was surrounded by artists like Diego Rivera, Frida Kahlo, and his father’s muse Tina Modotti. The trip was one of the biggest influences on his work and it kickstarted a career that lasted until his death in 1993. The Giant of a Father
Father and son were said to have a strained relationship, owing to the fact that they were both photographers of a similar genre in the same period, and also because Edward left their mother for a more bohemian life.

Ironically, their relationship was quite the opposite. Brett and Edward would often set out to photograph together. Brett’s work was even included in a group formed by Edward Weston along with Ansel Adams, Imogen Cunningham, John Paul Edwards, Sonya Noskowiak, Henry Swift, and Willard Van Dyke called the f/64 group. Named after a very narrow aperture, the group’s aesthetic was a departure from pictorialism, a popular genre at the time. The f/64 practiced ‘straight photography’, producing sharp uncropped prints from large format cameras, which were often contact printed. Brett even managed to convince his father to move to glossy photographic paper. Edward is quoted on his grandson Kim Weston’s website as having said, “Not till I focused did I realise, recognise, that I was using one of Brett’s details, an insignificant bit—at first glance—which he had glorified, used in one of his best-seen negatives. Brett and I were always seeing the same things to do—we have the same kind of vision.”

“I don’t think of my work in terms of money. Once the work is completed that’s different. I might make a portfolio to sell, but I don’t have that thought in mind when I go out to make a photo. I do it just for the love and excitement.” An Individual Eye
While he was greatly influenced by his father, Brett’s work was completely unique. His photographs are widely regarded as extremely individual and an important part of American photography.

His images were an abstraction of what was in front of him, be it nature, telephone poles, soap suds or nudes. A very crucial element of his compositions were shadows. He would even include them in the scupltures he made, inspired by his own photographs. When New York was being photographed in a documentary style in the 1930s, Brett photographed the city in an abstract manner that he was accustomed to. His strong visual sense stayed almost consistent throughout his life. So consistent, in fact, that he would remark to his friends, “I plagiarize myself!”

“Brett Weston is the best tie-in between the past and the future. His craft is wonderful.” —Ansel Adams, who was a close friend of Brett Weston. Living Sans Compromise
“…I would rather have 10 people who understand and appreciate my work, than ten thousand who get excited because they’re told it’s the thing to do. I love appreciation, we all do. But, I don’t photograph for anybody but myself,” he said, in an interview with American Suburb X magazine.

Brett’s prints sold for USD 5000 (approx Rs. 3,17,000) and above, but, he was known to be a simple man, happy as long as he could continue working. His father had once written to him saying, “Always be Brett Weston—be yourself!—it is by far the hardest way to live to be true to oneself— regardless of opinion—it is like rowing a boat upstream—a continual struggle—but only in this way can you live out your destiny.”

Brett seemed to live by this statement. The last few years of his life saw him living a simple life in Hawaii, working from two am in the night, as he always did, photographing and printing in the fresh Hawaiian air, doing what he did best— being Brett Weston.

Brett Weston fulfilled a 10-year-old pledge of his by destroying all but 12 of his thousands of negatives, on his 80th birthday. “No one can print another photographer’s negatives because it’s too personal,” was his reason. He died at the age of 81. 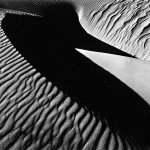 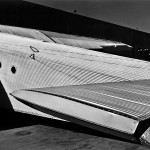 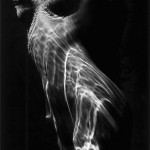 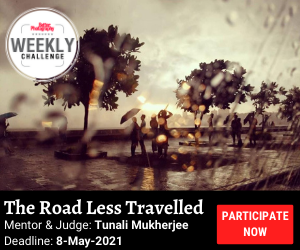