The Lifetime Achievement recipient of this year’s National Photo Awards, Bhawan Singh’s contribution to news photography has been immense. Raj Lalwani examines a humble journey that started in a darkroom. Bhawan Singh is a crucial piece in the jigsaw of India’s photojournalistic history. His strongest work was perhaps his documentation of the Nellie massacre, a pogrom that killed over three thousand Muslims (unofficial figures run way higher) in Assam, on the morning of 18 February 1983. A lady mourning the loss of her husband, in an image that won third in Spot News at the World Press Photo. A villager holding a young boy’s lifeless body, the corpse almost hanging in midair. The pictures are macabre, in an extremely hard-hitting impact kind of way that you expect the strongest news images to be, but the villager photo didn’t merely shock me, it broke my heart. Bhawan Singh, now seventy-five, was a fine photojournalist with an aggressive sense of where the news was, especially while being in what was probably the best photo team in Indian magazine history, led by the legendary Raghu Rai and other stalwarts like Pramod Pushkarna, Sharad Saxena, Prashant Panjiar. But it was in moments when the news gave way to some unexpected compassion and tenderness, that he was at his best. The Centre tried to muzzle Singh’s Nellie work by buying out copies from the newsstands. Much like present day, the magazine was criticised and its patriotism questioned. Editor Aroon Purie wrote, “The home minister being ‘intrigued’ about the timing is akin to a policeman arresting a bystander who informs him that he has witnessed a murder, instead of tracking down the murderer.” Photograph/Bhawan Singh

“I used to love life first,” he told me, “and live the news after that.” In between jobs, before he joined India Today, Singh made an extensive document of rural India, in a series of photos that are classical and traditionalist, but charming in their simplicity. He speaks of the profound influence that the legendary S Paul had on him. Paul led the Indian Express photo team, just a few years after a young Bhawan had joined the paper as a darkroom assistant. They’d go for long walks together that showed him the ‘poetry of daily life’, his description of Paul saab’s hunger for images. India Today was one of the few publications that followed the Nellie story doggedly, with Singh’s picture of Indira Gandhi’s visit to the site (and her displeasure at seeing the press), and reports that questioned the role of the Centre in not heeding to intelligence warnings. Photograph/Bhawan Singh

Singh’s portraits shift between moments of unexpected candour with political heavyweights to traditional shots of elusive personalities like Osho, Ottavio Quattrocchi and Dawood Ibrahim. He photographed Dawood a couple of years before the Bombay blasts, at a cricket match in Sharjah. “A few of his cronies saw me pointing my camera and came to stop me. But in probably living up to his then public image, he asked them to back off, so that I could continue shooting.” The images of the then gangster and now most-wanted terrorist on the phone (with Chota Rajan behind) and smoking casually, are the only visuals in public consciousness of a disappeared man.

“Craft was very important for me, especially those long hours in the darkroom, that huge satisfaction in printmaking.” The candidness of politicians, like this interaction between Rajiv Gandhi and Prabhu Chawla is a thing of past, with diminishing access. Photograph/Bhawan Singh

Photographers, too, disappear from public consciousness, especially (and ironically) the chroniclers who have attempted to tell this country’s story, those who have dealt with reportage in newspapers and magazines. Newspapers fold up, magazines move on, offices are shifted, and what suffers is the fragile negative. There have been infamous (and now, heartbreaking) stories of publications throwing away cartons and cartons of negatives when they’ve shut down. Can one imagine how many important, even forgotten photographers’ legacies we have been unable to witness? Paul, Rai and Kishor Parekh were, of course, the three giants whose legacy continues to thrive in our memories, but it’s the importance of chroniclers like Singh that make up the final jigsaw. 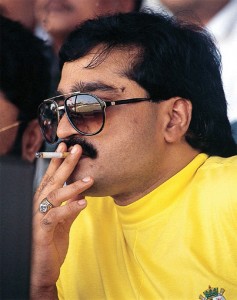 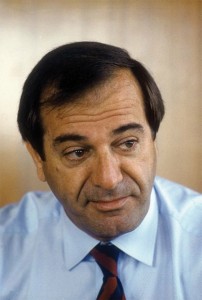 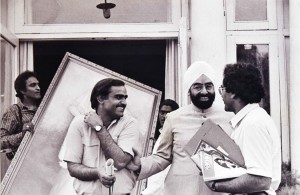 When all spoke of Zail Singh being a puppet of Mrs Gandhi, the India Today team convinced him to pose for a picture dwarfed by a huge portrait of hers (carried here by Rai, also seen are Prabhu Chawla and Aroon Purie). This was just before the shoot. Photograph/Bhawan Singh 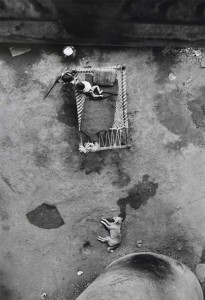 Bhawan Singh’s documentation of daily life is extensive, for a book on rural India that never got published. “It moulded my craft and vision in a different direction.” Photograph/Bhawan Singh 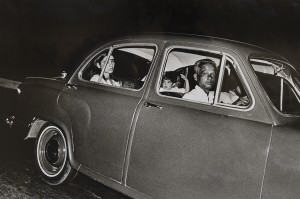 After Maneka Gandhi’s Lucknow speech in 1982, an enraged Indira asked her daughter-in-law to leave the house. Maneka made the exit a spectacle, knowing the presence of press photographers like Singh, wanting to gain public sympathy. Photograph/Bhawan Singh 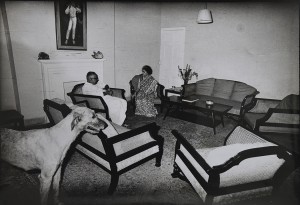 Politicians were often Singh’s favourite subjects. “To find who they are, or who they want us to think they are.” Photograph/Bhawan Singh