Tribute to Yoga, 2006 The series is about Salian’s passion for yoga and the rejuvenation it brought in him. Photograph/Ashok Salian.

Ambarin Afsar engages in a candid conversation with Ashok Salian, a renowned commercial photographer who is fond of speaking his mind.

The first thing I hear Ashok Salian say is, “A great master? But I am just someone who’s been incredibly lucky.” As I seat myself in his spacious studio in Mumbai, this candid, yet humble statement sets the tone for the rest of the interview. Between sips of hot lemon and mouthfuls of Bourbon biscuits, we discuss Salian’s life, work, art and his mantra of taking it easy.

Destiny’s Child
“I am a creation of destiny.” Salian believes that he has become a photographer and a successful one at that, because he was destined to be so. “I never really made a conscious effort to go out and get work. Oddly enough, people would turn up and make offers to me out of the blue.” After he bought his studio on an impulse, he did nothing for months, except for shooting personal assignments and friends, which did not rake in money and neither did it classify as ‘work’.

One day, a friend who was the Editor of a fashion magazine inquired whether he had been to ad agencies with his portfolio.“No, I haven’t, but I will,” he told her. “No, you won’t,” pat came the reply. Instead, she suggested that Salian do a small shoot for her publication.  She offered to put in a small write-up about him too. “I was going to be in the papers! I had nothing to my credit, but I was going to be in the papers.”

Darkroom Adventures
Before Salian bought his studio and started shooting commercially, he would process and develop film to earn money, he says, “Nobody was willing to take me on even as an assistant. So, I decided to process film, which would keep me close to photography.” He set up a lab in Mumbai and processed colour negatives, black and white film and even transparencies.

Besides gaining immense technical knowledge, Salian was exposed to a variety of work by way of the photos that came in, “Everyone would send in their film to be developed—from nature photographers to people who shot still life, commercial, glamour as well as film stills.” Interestingly, Salian was refused admission in Sir Jamshedji Jahangir School of Arts, Mumbai. However, he impressed the Dean sufficiently to get a special seat, going on to top the class.

The Big, Bad Ad World
One fine day, the write-up in the fashion magazine brought people from J Walter Thompson, the famous ad agency, to Salian’s door. They asked to see his work and told him that they would get back to him in the evening. “I had gotten so used to doing nothing, that I did not even expect them to call, considering the disarray in which I had presented myself to them.” This was for a pitch being made to VIP, the luggage brand.

In a stroke of luck, JWT decided to take Salian on. He remembers shooting an extremely difficult still life image of a suitcase that was covered by metal and a matte-like substance. The trick was to get the matte part to not look dull, while avoiding an overexposed metallic area. The shoot was done, the pitch was made and one morning, Salian found a bottle of wine and flowers at his front door—JWT had secured the account and wanted Salian to shoot the entire campaign for them.

40 Days a Month
The campaign went on to win accolades. Around the same time, Salian also shot a campaign for Flying Machine, an apparel brand. “Here I was, a rookie from nowhere, and suddenly I had done two campaigns!” There was no looking back after that as the calls started pouring in. Salian went on to shoot for many more reputed brands and even did a long stint with fashion magazine Gladrags, shooting movie publicity stills and celebrities. Salian was putting in extremely long working hours and days spun into months and years. “The world just changed in an instant and I did not know where all my time went. I felt like I was working 40 days a month. But, I would party really hard too.”

Why so Serious?
After nearly two decades of shooting, one thing that you cannot miss in Salian’s attitude is his keen enjoyment of living, feeling and sensing photography. “The one thing we forget, in the hurriedness of life, is that if we have not enjoyed every single moment lived, then all our pursuits are in vain. I do not archive my photos, nor do I hold on to transparencies of ad campaigns gone long past. I do not say that this is the ideal way to live. But what I do know is that I have lived my life to the fullest.”

He feels that when you start taking yourself too seriously, your work ends up looking like you are trying too hard. “Do not put personal relationships on the back burner. You will only do good photography when you feel good about yourself,” is one of his parting shots. Fate can only shape your life so much. Ashok Salian might consider himself to be destiny’s child, but I think that he is, largely, a self-made man. 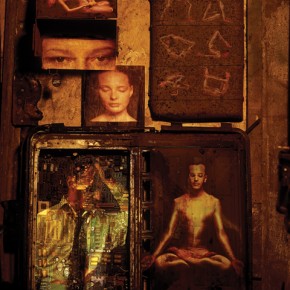 Tribute to Yoga, 2006 The series is about Salian’s passion for yoga and the rejuvenation it brought in him. Photograph/Ashok Salian. 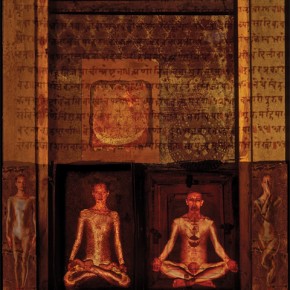 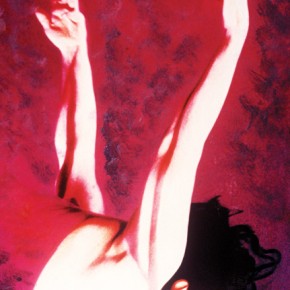 Exhilaration Compiled into a series for Exhibit A, Salian had initially shot these images to make a record of the bench for posterity. Photograph/Ashok Salian. 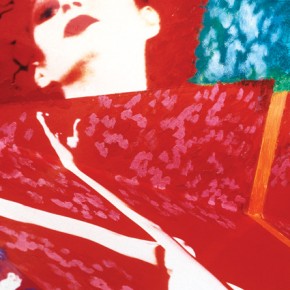 Exhilaration Salian had to make a bench which was to be presented to 18 artists by the Swiss Consulate. He covered the bench with prints, painted on it and then re-shot it. Photograph/Ashok Salian 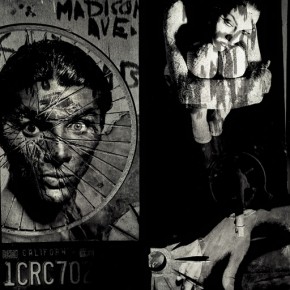 Introspection, 2001 The series involved multiple exposures and projections. The images within each image were shot for the series specifically. Photograph/Ashok Salian 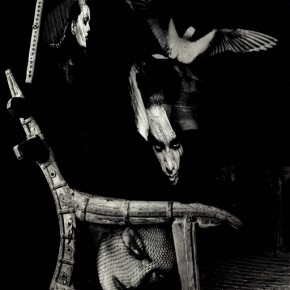 Introspection, 2001 Salian projected a few images on to a chair and the result was this. Interestingly, all these images have been shot on film. Photograph/Ashok Salian