The moonlit Peak Shivling with the Milky Way seen in the sky was shot with a Mamiya RZ67 fisheye lens, with an exposure time of one hour. Photograph/Ashok Dilwali

Ashok Dilwali’s breathtaking photographs of the Himalayas will take you away to a different world. Purva Khole discovers the creative mind, heart and passion of this one-of-a-kind landscape photographer. Capturing the stars that adorn the Himalayan nightscape has always been a passion for Ashok Dilwali. In his book Pictorial Himachal, he relates an interesting insight that led to this passion: “When I was a child, my beloved mother used to tell me that when a person leaves this world, he becomes a star.

Today, when I look at a starry night, I can easily spot her as she is the one with the softest and kindest glow.” In fact, once he slips in and soaks up nature’s beauty, the realities of the dreary world become meaningless to him. Once he journeys into the snowy valleys,
he does not feel like looking back.

A Father’s Son
Dilwali literally grew up around cameras and darkrooms. In fact, his father—the late B K Dilwali—was also a renowned lensman. While still only in his teens, Ashok picked up the medium so well, that his father let him use his Rolleiflex camera and flash bulbs to take black and white pictures of his sister’s wedding ceremony. After he completed his degree in Charted Accountancy in 1971, he joined his father’s studio, where he would take studio portraits using a studio camera that changed the size of the negatives from 2B to 8 X 10 inches. Apart from shooting, he also spent three years mastering darkroom techniques, retouching negatives and making prints himself.

Then, in 1979, Dilwali got an opportunity to travel to the Himalayas—a visit that changed his life forever. It has been thirty years since then, but his journeys to the majestic mountains still continue.

Romancing the Himalayas
The lofty Himalayas never fail to enchant Dilwali. According to him, the mountains are sharp razors of rock, barely softened by the snow. They slash the sky with their bold swipe, creating one of the most dramatic landscapes on Earth. He has managed to photograph mountains at different times of the day, in starkly different kinds of lighting. His dramatic impressions of the majestic mountain range reflect the extensive number of trips he has made there.

Dilwali has a number of interesting anecdotes to share about his eventful explorations. He talks about a time when he was shooting at the Dodital Lake. “That is one experience I will not forget. I was trying to capture the lake, when I was chased by a wild bear.” He recalls another time when he could not take a single photograph because of bad weather. “But this did not dishearten me”, he admits. “I got my remuneration in the form of thrill, adventure and the view of the Himalayas.”

Prime Inspiration
Dilwali considers British mountaineer, writer and photographer Frank Smythe, his all-time hero. When Smythe was climbing Peak Kamet in 1931, he lost his way and wandered into a valley that was covered in many beautiful layers of flowers. He called it the ‘Valley of Flowers’, which has stuck till date. Dilwali believes that nobody in the world can match Smythe’s mastery over the ice-axe, the camera and the pen. “His climbs, writings and photography have inspired me endlessly,” he says.

Exploring Patterns
Ashok Dilwali’s work has depicted various aspects of nature, like snow, dewdrops, rivers, clouds and mountains. While his panoramic views highlight the grandeur of the Himalayas, he has also shot a number of photographs that explore the magical patterns created by nature. Exploring the finer details, such as the texture of snow and the hues of river water at sunset, is something that has always come naturally to him.

An Abstract Bend
There are times when Dilwali prefers to break down the beauty of nature into its abstract forms, shapes and qualities. He believes that an abstract image adds a very different, yet refreshing perspective. They also tend to stand out from conventional landscapes. One cannot just look at a scene for a moment and click such images. They have to be composed by seeing and critically observing the surroundings. He prefers shooting abstracts in black and white, since it allows him to break the image down to just its form and details.

The Journey has Just Begun
From the days of the Rolleiflex to the digital age, Dilwali’s quest for great photography has come a long way. Today, he shoots with a Canon 1Ds Mark II, and does not mind using Photoshop. “I like to maintain a lakshman rekha”, he adds. “But, basic honesty has to be maintained at all costs and there should be no fudging.” Dilwali mentions how he still follows his father’s advice—always be dissatisfied with your images, since that spurs you to learn. He wants to continue with nature photography as long as his strength permits. It has become his life and he cannot survive without it.

“The thrill and ecstasy I experience at different locations of shooting is hard to express in its entirety”, he admits. “I believe that the viewers cannot grasp the full extent of my feelings during these shoots. Nevertheless, I have made a modest attempt to express myself. Capturing the extent of natural beauty is truly beyond any one person. All I can say is that my search has just begun!”

More about the Master

This article originally appeared in the February 2009 issue of Better Photography. 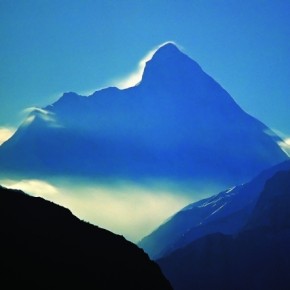 Dilwali was challenged by a friend to take this shot—his first moonlight photograph at Auli, Uttarakhand in 1983. Photograph/ Ashok Dilwali 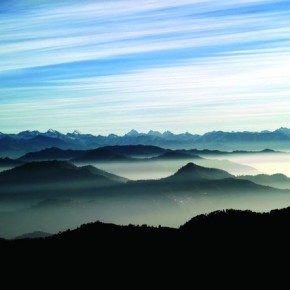 This was shot from a hotel window in Kufri, near Shimla. The previous evening, visibility was low; but the haze settled down by morning, lending a painting-like feel to the photograoph. Photograph/ Ashok Dilwali 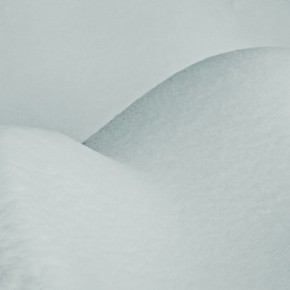 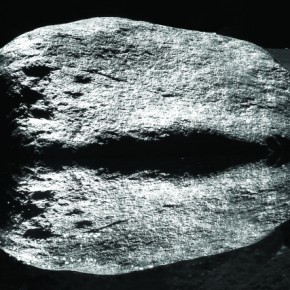 Shot in Lahaul, Himachal Pradesh, this is a solid rock with its symmetrical reflection in the pool of water. Photograph/ Ashok Dilwali 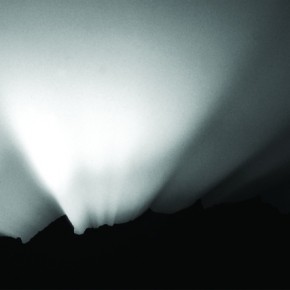 Peaks in Rekong Peo, Himachal Pradesh, block the rays of the rising sun, adding drama to the sky. Photograph/Ashok Dilwali 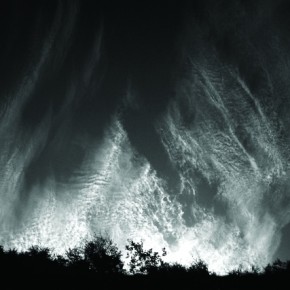 When this shot was taken, the sun had backlit the clouds that created this beautiful formation behind a small hill. Photograph/ Ashok Dilwali