This story was originally published in July 2006.

Think of nature photography and you’ll think of Ansel Adams. Ashish Saraf brings you the life and work of the greatest master of landscape photography.

Ansel Adams is undisputedly the most influential landscape photographer of the 20th century. He is also perhaps the most extensively known and beloved photographer in the history of the United States; the popularity of his work has only augmented since his death. Adams dedicated most of his life in exploring the ‘untouched wilderness’ of American national parks. He was also an enthusiastic and forthright leader of the conservation movement. His first encounter with the forces of nature was not a pleasant one. Merely at the age of four, in the aftershocks of the 1906 San Francisco earthquake, he suffered a badly broken nose, destined never to recover its former shape.

“When words become unclear, I shall focus with photographs. When images become inadequate, I shall be content with silence.”

Adams was an unpromising and disobedient student. But once his father removed him from school at age 12, he became an earnest and determined musician, who was considered by experienced judges, to be a highly gifted pianist. After he got his first camera in 1916, he also proved to be a talented photographer. Throughout the 1920s, when he worked as the caretaker of the Sierra Club’s lodge in Yosemite National Park, he created impressive landscape photographs. During this period, he grew a powerful attachment, rather devotion to Yosemite Valley and High Sierra.

Photography and the piano went hand-in-hand during his early adult years. By about 1930, Adams decided to devote his life to photography. During this period, he met American photographer Paul Strand and saw the negatives that Strand was then making in New Mexico. Adams was sincerely impressed with the simplicity of the images and by their rich and luminous tone. This style was very different from the soft-focus pictorialism, which was a trend among many contemporary photographers. Strand’s photographs made an immense impact on his mind and inclined him towards a purer and more realistic style. In 1932, Adams befriended Edward Weston and Imogen Cunningham, to form ‘Group f.64’, a short-lived association of West Coast photographers who favoured sharp focus and the use of the entire photographic grey scale, from black to white. Group f.64 shunned effects borrowed from traditional fine arts such as painting.

By 1935, Adams was famous in the photographic community, largely on the strength of a series of articles written for photography journal Camera Craft. These articles were mostly technical in nature, and they brought a new clarity and rigour to the practical problems of photography. It was probably these articles that encouraged Studio Publications (London) to commission Adams to create Making a Photograph (1935), a guide to photographic technique illustrated primarily with his own photographs. This book was a significant achievement, partly because of the astounding quality of its letterpress reproductions, which were printed separately from the text and tipped into the book page. These reproductions were so good that they were often mistaken for original (chemical) prints.

Many of Adams’s contemporaries thought that photographers, and even painters should be making pictures that related more directly to the huge economic and political issues of the day. At the time, Dorothea Lange, Arthur Rothstein and others were photographing the political turmoil throughout the world; Margaret Bourke-White was capturing Soviet Russia and great engineering projects. To some critics, these projects seemed more of the moment than did Adams’s flawless photographs of remote mountain peaks in the High Sierra and of the lakes at their feet. A generation later, people realised Adams’ concern for the character and health of the natural landscape was in fact a social priority of the highest order.

Adams increasingly used his prominent position in the field to increase the public acceptance of photography as a fine art. In 1940, he helped found the first curatorial department devoted to photography as an art form at the Museum of Modern Art in New York City. In 1946, he established at the California School of Fine Arts in San Francisco the first academic department to teach photography as a profession. He also revived the idea of the original (chemical) photographic print as an artifact, something that might be sold as an art object. His Portfolio I of 1948 offered 12 original prints of extraordinary quality for USD100 (approx. Rs. 4300). Eventually, Adams produced seven such portfolios, the last in 1976. Interestingly, in contrast to this work on behalf of the photographic print, Adams also became directly involved, and was often a motivator, in advances in photomechanical reproduction. Throughout the 1940s, he continued to explore the technical possibilities of photography in this and other ways. In the early part of the decade, he invented the ‘Zone System’, which rationalized the relationship among exposure, development, and resulting densities in the photographic negative. The purpose of the system was ultimately not technical but rather expressive; it was a tool to aid in visualizing a finished photograph before the exposure was made.

“Yosemite Valley, to me, is always a sunrise, a glitter of green and golden wonder in a vast edifice of stone and space”

The first edition of his often-reprinted book The Negative was published in 1948. Written for photographers and not the general reader, the book expresses Adams’ technical and aesthetic views in an uncompromising manner. In 1952, he co-founded Aperture, a magazine that highlighted eminent photographers and the latest in camera gear and other innovations. He was also a regular contributor for Arizona Highways, a travel magazine known for its beautiful photography and runs even today. Most of Adams’ great work as a photographer was completed by 1950, only a handful of important pictures were made during the last half of his adult life. Rather, in his later life, he spent most of his energy as a photographer on reinterpreting his earlier work and on editing books of his own work. An ardent conservationist since adolescence, from 1934 to 1971 Adams served as a director of the Sierra Club. Later, in the 1980s, he explicitly and forcefully attacked the environmental policies of the very popular President Ronald Reagan and his Secretary of the Interior, James Watt. Many of the books Adams generated in his later career were concerned not only with the art of photography but also with the goal of raising awareness for the campaign to preserve the natural landscape and the life it supported. The most notable of these was This Is the American Earth (1960; with Newhall), published by the Sierra Club. It was one of the essential books in the reawakening of the conservation movement of the 1960s and ‘70s. Other major titles by Adams include My Camera in the National Parks (1950) and Photographs of the Southwest (1976). The Portfolios of Ansel Adams (1977) reproduced the 90 prints that Adams first published (between 1948 and 1976) as seven portfolios of original prints. The results can thus be trusted to represent a selection from what the photographer considered his best work.

In 1980 Adams was awarded the Presidential Medal of Freedom by President Jimmy Carter. Acknowledging Adams’ years of work as both a photographer and an environmentalist, the president’s citation said, “It is through [Adams’] foresight and fortitude that so much of America has been saved for future Americans.” 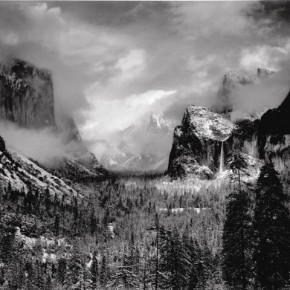 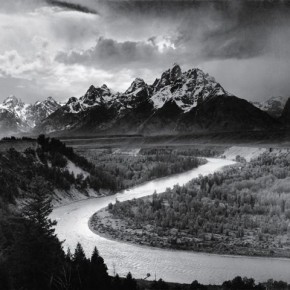 The Tetons and the Snake River. Photograph/Ansel Adams 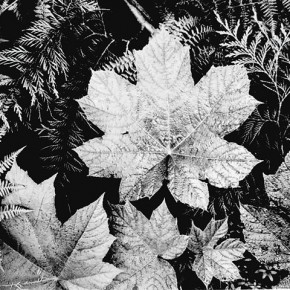 Close up of leaves, Glacier National Park, from directly above. Photograph/Ansel Adams 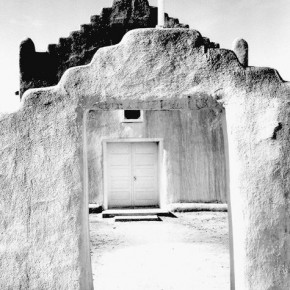 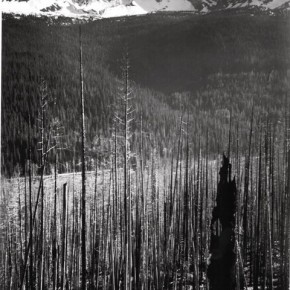 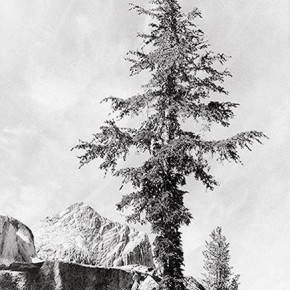 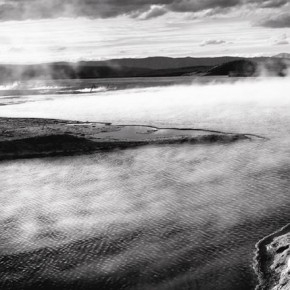