Anna Atkins’ cyanotypes came to define the way we think of scientific photography, photographic aesthetic and the photobook. Yet, she herself remained absent from history. Aditya Nair traces her influence. 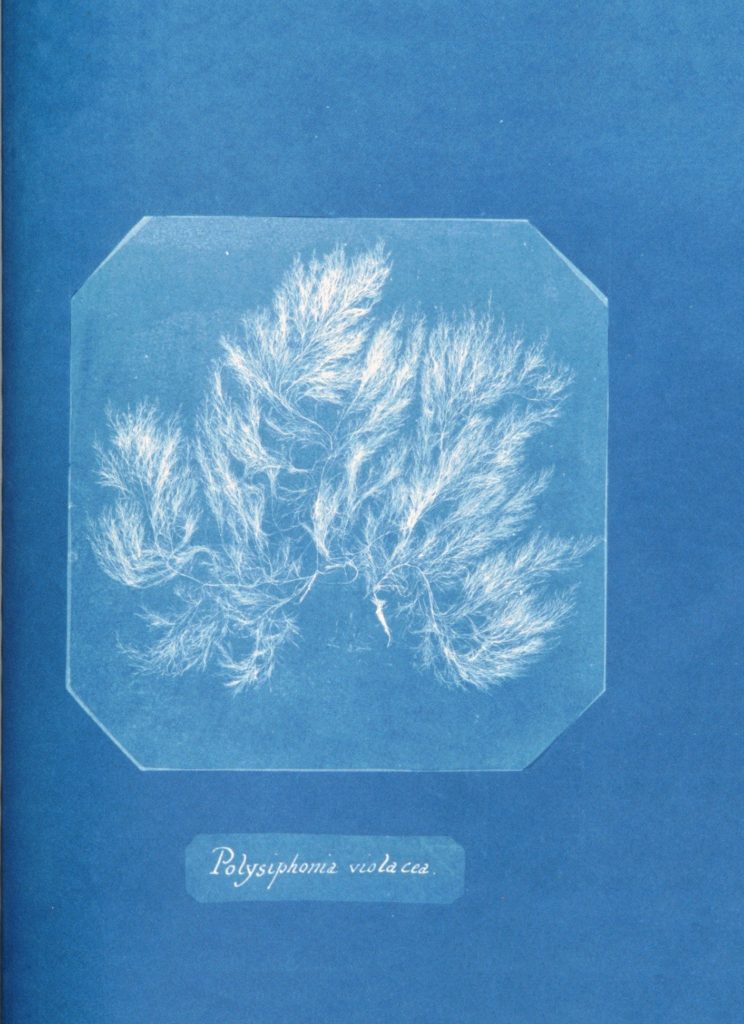 There exists an unassuming grave in Halstead, England. The tombstone mentions the deceased as Anna Atkins, wife of John Atkins and the daughter of John and Hester Children. It makes no reference to Atkins’ pioneering work in botany or the fact that her book, BritishAlgae: CyanotypeImpressions, is the first book illustrated wholly by photographic means.

The tombstone is telling, not only of the life of Anna Atkins but also that of women in the pre-Victorian era. After her mother’s untimely death, Anna, then still an infant, developed an extremely close bond with her father. Her father, John George Children, a Fellow, and later Secretary of the Royal Society Foreign Ferns. of London, was himself a respected scientist with interests on varied subjects. It was through her father that Atkins, an excellent scientific illustrator and botanist, was introduced to Henry Fox Talbot (inventor of the calotype), Sir John Herschel (inventor of the cyanotype), and to the photographic process.

Notably unhappy with the lack of illustrations in Guide to British Algae (1841), Atkins set about creating a book of her own to document algae in Britain. In the introduction of her book, BritishAlgae: Cyanotype Impressions, in 1943, Atkins wrote, “The difficulty of making accurate drawings of objects as minute as many of the algae and confera, has induced me to avail myself of Sir John Herschel’s beautiful process of cyanotype, to obtain impressions of the plants themselves.” 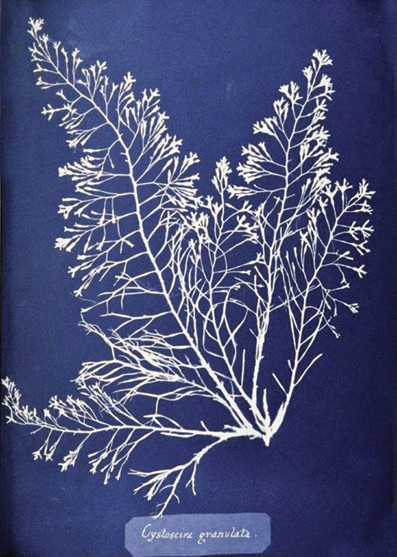 Significance and Criticism
Throughout her life, Anna Atkins used the cyanotype process to create over 1500 cyanotypes for her different books. Scientific illustrations and models, were at the time, the preferred means of depicting scientific findings. Even today, in spite of the leaps and bounds that photography has made towards realistically representing the world, scientific illustrations remain a preferred means of depiction. The reason for this is quite simple. It is far easier to understand the process of the monsoon through the illustrated water cycle model than it would be by looking at photographs of the monsoon itself. Conversely, photographs can provide a realistic look at the effect of monsoon on the terrain, the people and culture, and tradition.

Cyanotypes, however, provided neither the simplicity of an illustration nor a realistic representation that other photographic techniques of the time, like calotypes or daguerreotypes, offered. While the cyanotype process that Atkins employed was fantastic in accurately mapping the contours and shapes of the algae and ferns she worked with, the stark blue and white of the cyanotype was far too alien for the audience to appreciate.

In many ways, her appreciation for the colour and graphical aesthetic of the process was detrimental to her work being taken seriously by the scientific community of the time. In this regard, it is somewhat strange writing about Anna Atkins in the graphical issue of Better Photography.

However, the significance of Atkins’ contribution does not rest on whether her photograms of algae were realistic or simple. Anna Atkins’ legacy is the history of scientific photography itself. Her work had aroused the curiosity of the scientific community towards the possibility of using photography as a means of scientific enquiry. 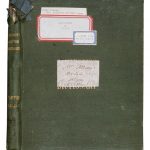 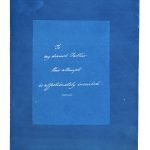 Thus, historically, British Algae and Henry Talbot’s The Pencil of Nature stand as bastions for other scientific uses of photography, such as Eadweard Muybridge’s studies in the motion of horses and Harold Edgerton pioneering work with stroboscopic photography.

Algae in Art History
While British Algae captured some attention within the scientific community, its significance as work of importance, in both photography and bookmaking, came to light only much later, a decade after her death. Book collector, William Lang Jr., brought Atkins’ work to broader public attention, describing the volume as, “unique in character, whether they be regarded from a photographic or naturalhistory point of view.”

Atkins spent the latter part of her life, exploring the artistic potential of cyanotypes, working on Cyanotypes of British and Foreign Ferns (1853) and Cyanotypes of British and Foreign Flowering Plants and Ferns (1854) with her friend Anna Dixon. For her second book on ferns, Atkins moved away from merely creating scientific documents. Instead, she also attempted to assemble more intricate designs, which were seen as quaint. 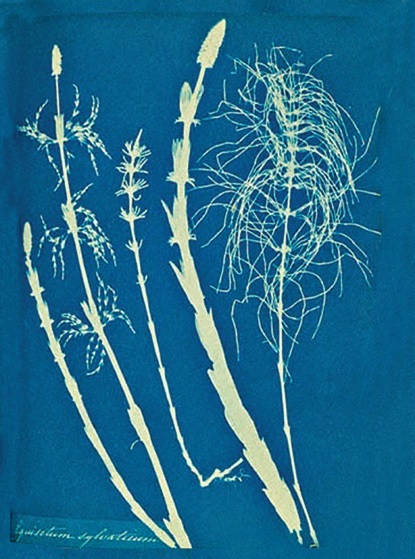 A Confluence of Science and Design
Her use of photograms to blend abstract and representation was a precursor to the work of Christian Schad, a Dadaist artist, whose work influenced the Bauhaus and Cubism art movements, as well as artists like Man Ray, who became celebrated for his rayographs.

As art critic Jonathon Keats noted, “Following the publication of British Algae, she spent years making photograms with ferns and feathers that fully explored the visual possibilities of depicting familiar objects in unfamiliar ways. After inventing scientific photography and the photographic book, Atkins plunged into the photographic paradox of specificity and vagueness that would later consume Man Ray.”

Sadly, with Lang’s death in the early 1990s, Atkins’ work lost a major advocate and faded, becoming a footnote in photographic history.

The Reemergence of Anna Atkins
In the 1970s, Larry Schaaf, an art historian from the University of Texas, Austin, discovered Atkins’s work and attempted to piece together her biography. His realisation that British Algae predated Talbot’s The Pencil of Nature, by almost a year, cemented her place in history as the first person to ever make a photobook. In a journal paper titled The First Photographically Printed and Illustrated Book, Schaaf writes about British Algae, “The series started before Talbot’s pioneering publication and continued long after he abandoned the idea of illustrating books with original photographic prints.” In a way, Atkins work did more to make Talbot’s mission, “Every man, his own printer and publisher,” prophetic than his work did.

The Pencil of Nature was created as a means of communicating the potential of Talbot’s photographic process and emphasised the practical uses of photography. Atkins’ work, instead, attempted to use the photographic medium for documentation, aesthetics and scientific exploration. Thus, her photobooks, more than any other that came out of early exploratory days of photography, set up the form and function of photobooks, as we regard them today.

This article originally appeared in the October 2019 issue of Better Photography. It is an updated version of the original article on Anna Atkins that can be found here. 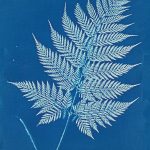 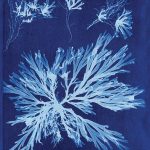 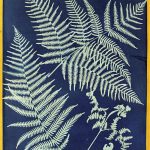 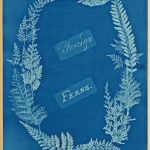 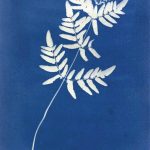 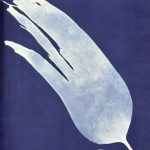 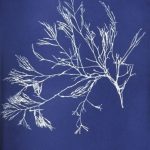 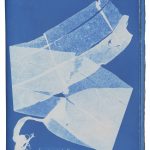 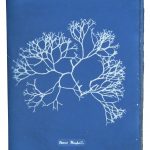 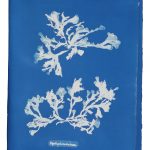 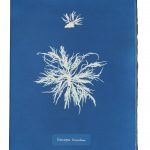 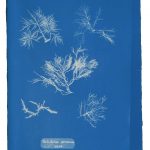 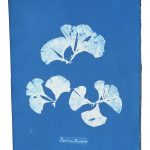 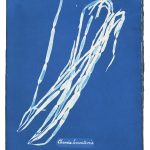 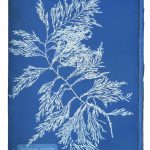 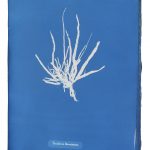 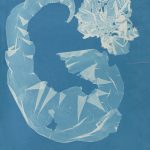 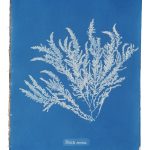 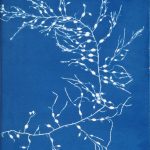 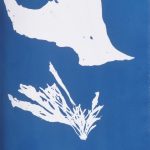 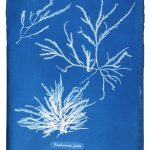