Gagged, Abused and Caged. The Writing is on the Wall. 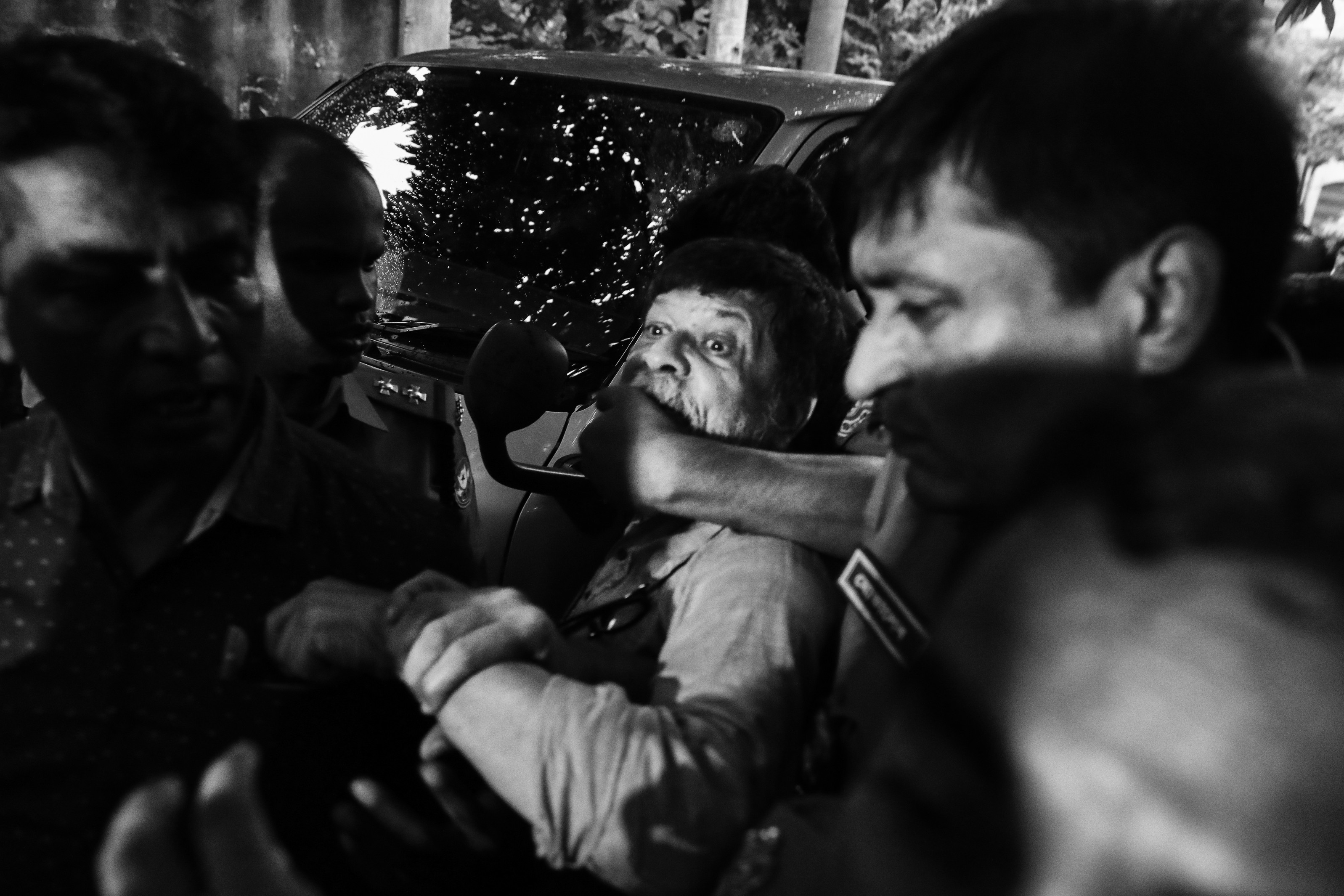 India, Pakistan and Bangladesh… bound by a common history and beset by issues that plague the ‘majority world’. The term of reference, in fact, was proffered by Shahidul Alam, one of the most significant proponents of free speech, this side of the hemisphere. He lashed out eloquently with words and photographs against corruption, politicisation, censorship, apathy, and injustice, drawing the attention of the world to Bangladesh, inspiring a new generation and paving a path for young photographers, providing them with a platform. It would be easy enough to see why he would be considered a troublemaker to certain factions. Yet, when the powers that be seek to stifle voices under the refuge of ambiguous, interpretative laws, one can’t help but consider the dangerous movement towards autocracy, especially in a majority world environment.

Shahidul Alam was arrested from his home and imprisoned on August 5, by at least thirty plainclothes officers, for making ‘provocative’ statements, after mass protests by students in Dhaka. True to his nature, he did not go quietly. In my own few meetings with him, he came across as distinctly patriotic, with his mind wide open. For photographers and journalists in South Asia and India, the fact that Shahidul is proudly Bangladeshi does not make him any less of our own.

His incarceration and the treatment meted out comes as a frightful shock. For readers who may not be familiar with Shahidul, what is perhaps more telling is this photograph taken at the time of his arrest, and the fact that the photographer wishes to remain anonymous, fearing persecution.

To the Government of Bangladesh… the writing is, indelibly, on the wall. The world sees it, and remains at watch. The only practical recourse is to #FreeShahidul.