“Photography allows to move back and forth, from the macro to the micro, from the individual to the social.” 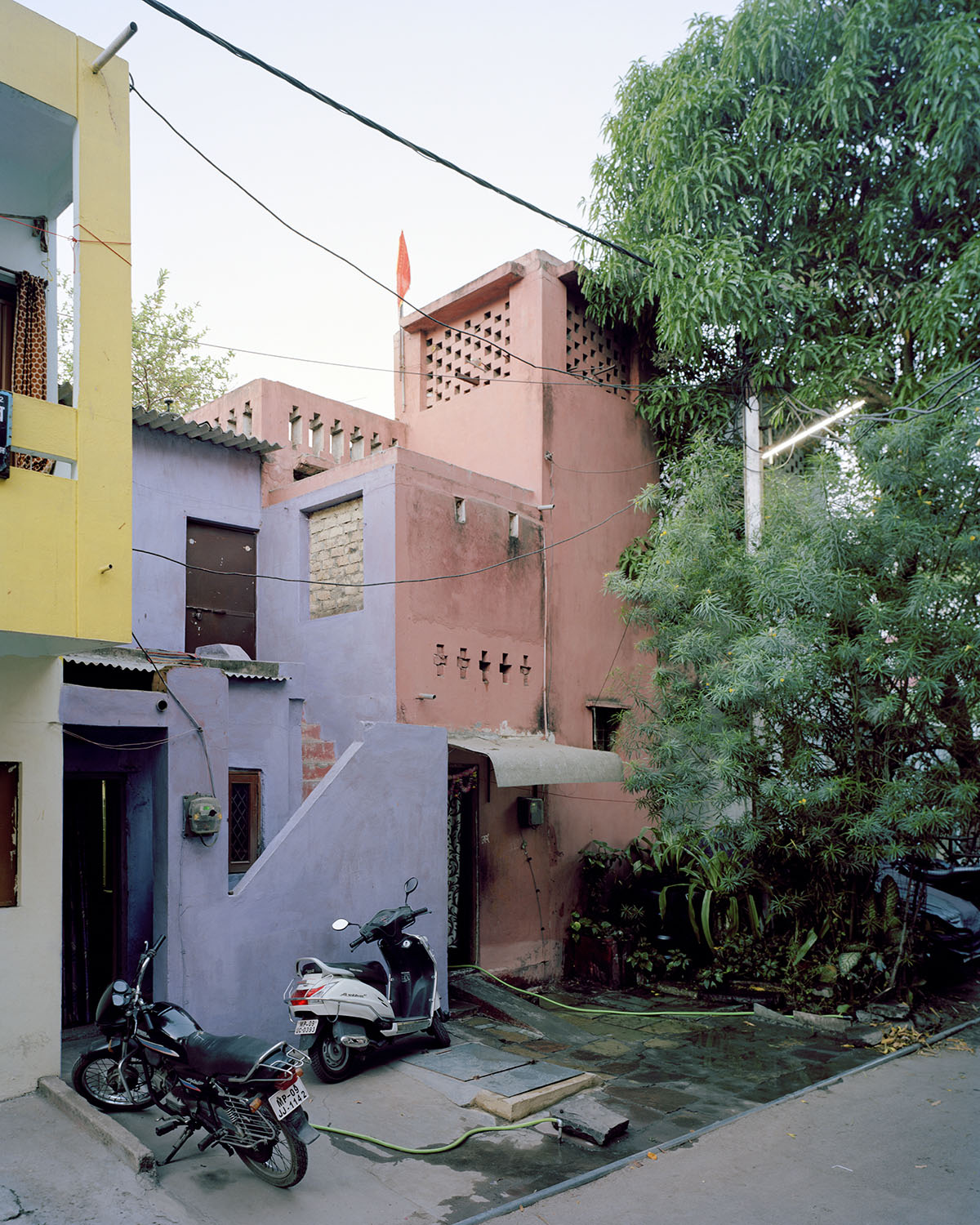 This prototype house remained in its original condition, probably because their occupants are civil servants without property rights over them. 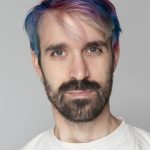 Arthur Crestani is a French documentary photographer and an artist. His relationship with India started with numerous stays in New Delhi, partly due to a year-long academic exchange at JNU in 2010-11. His work investigates urban spaces and architecture from a social, political, aesthetic perspective and the human relationship to space. His works have been exhibited at Festival Circulation(s) and Ishara Art Foundation. He is also the recipient of the CNAP grant.

This work documents the Aranya neighbourhood of Indore, the capital city of Madhya Pradesh. Aranya was designed in the 1980s as a mixed-income neighbourhood to accommodate the residents of Indore’s slums. The team of designers led by the architect Balkrishna Doshi was inspired by vernacular architecture and the study of informal settlements. Rather than delivering traditional social housing, they opted to focus on incremental development, the urban design of Aranya’s subtle master plan and the interaction between private and public spaces. Following the sites-and-services template, the residents had access to land ownership and utilities but were left to build their houses on their own.

Much more than the architect’s project, the heterogeneity of houses and buildings of Aranya struck me first. In 2018, more than thirty years on, I found Aranya a dynamic, 80,000 strong neighbourhood that had retained its original spatial qualities and social mix, characterised by architectural diversity and vitality, yet challenged by Indore’s growth and land market pressure. Interestingly, according to a 2018 report, only a few of the prototype houses had remained the same, since most of their owners had transformed and modernised them.

When it comes to creating, quietude to the disquiet is a matter of scale and time, a dialectic of speed. With photography, one is allowed to move back and forth, from the macro to the micro, from the individual to the social. Where one finds calm in the suspension of time inherent to photography, a vibration emerges as images follow one another. A rhythm, music, sound, and a wavelength are born. It resonates with the viewers’ gaze, emotions, and the visual languages they speak and understand. 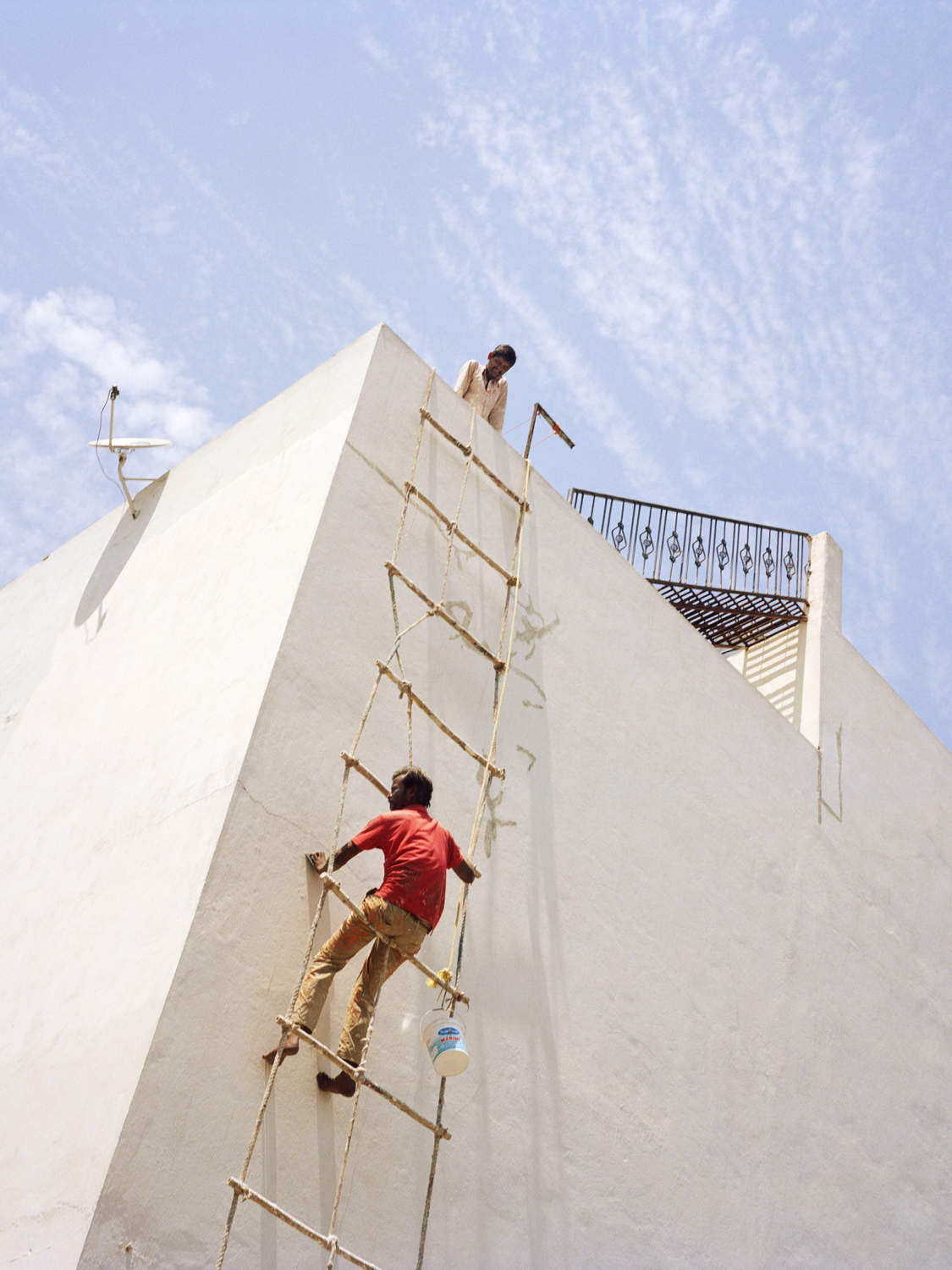 “Although BV Doshi’s plan was scrupulously respected to this day, Aranya’s future is unsure, confronted with the scope and pace of urban development in the neoliberal age.”

Photography is a tricky medium in that it reduces the real to a juxtaposition of signs, and therefore, soothes what is uncalm. Given that, it opens up a fictional space in between the photograph and the viewer’s mind. A variety of interpretations may spring, carefully weighted, edited and curated by the artist. Just as disquiet may easily describe our contemporary condition, quietude is a constant feeling running through my work. Creation stems from being. My condition as an artist is essentially geographical. I make work in reaction to places and spaces that I engage with daily. To be is to stand in one place and set oneself in motion, to cross physical and imaginary borders, to engage with the materiality of the real, to face physical challenges imposed by the conditions.

My work is an attempt at joining the dots and connecting spaces to the people that make them and experience them. It may give a vague sense of what it is to be in one place. The noise, the movement, the weather, the scents, the pollution, the encounters, all that is unquiet subsequently fades away as the photograph is all that we are left with. An eerie two-dimensional representation of space, things and people, sequenced with other photographs to recreate a sense of surprise and play with memory. 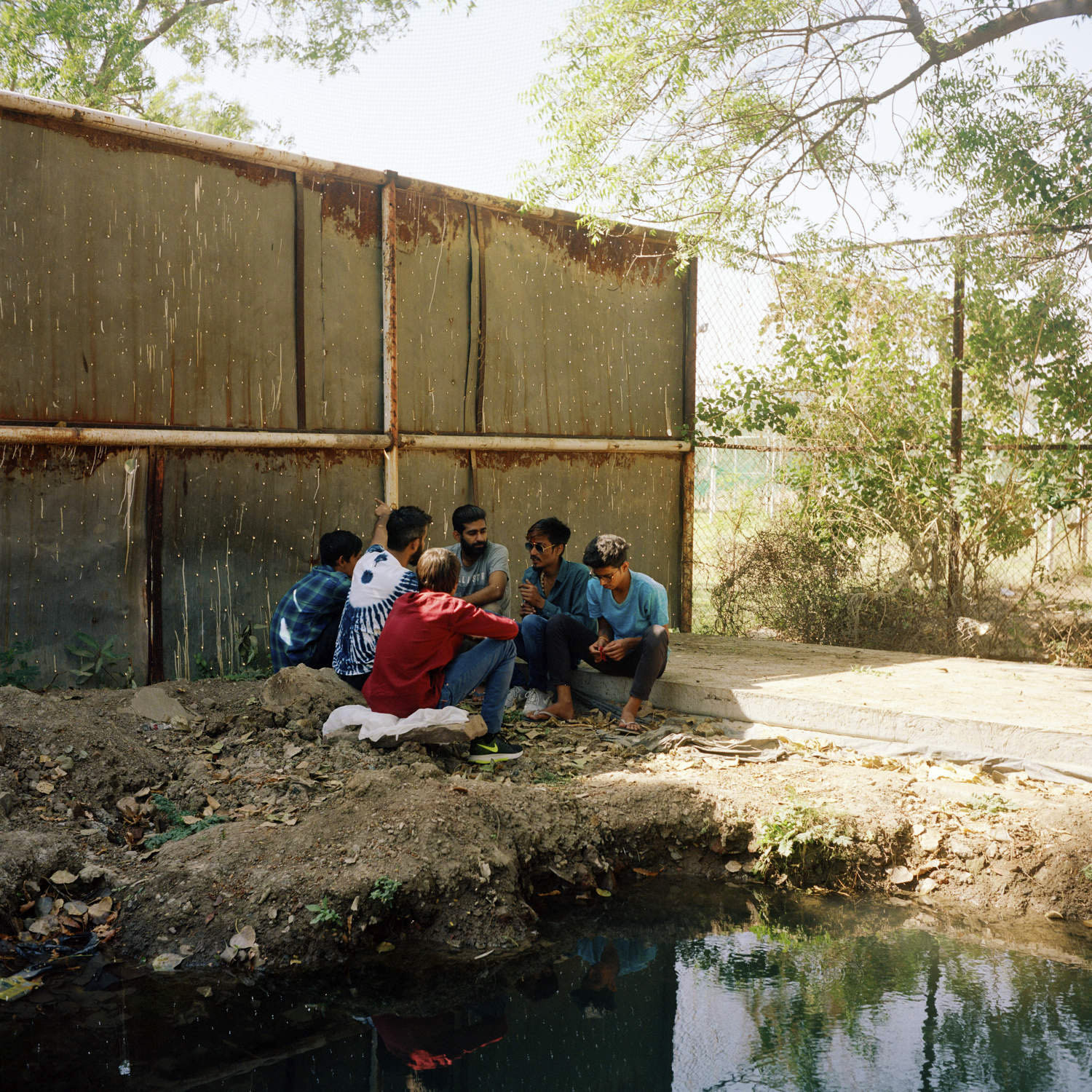 For all its imperfections and its grandiloquent pretentions to represent reality, photography holds one truth. That sense of calm, that suspension of time, that erasing of all that is unquiet, is real. It is a way of seeing, of being at home in the world. 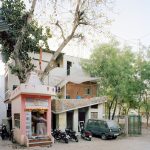 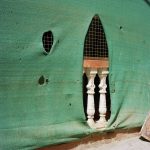 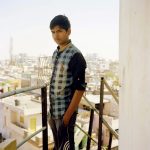