Bandeep Singh
is the Photo Editor
of Fortune India.
A recipient of the
Charles Wallace Trust
Award in photography,
he was formerly
the photo editor of
India Today.

Bandeep Singh ponders over contemporary photography trends, with a visual experiment he did last year at the Delhi Photo Festival.

The Delhi Photo Festival, whose latest edition concluded last year, churned a vortex of ideas. Engaging displays,put up with a lot of imagination, sucked in attention and loaded it with information. The saturated brains were then pureed in the lectures, artist talks, and discussions. Three days later, I was brimming with ideas, insights, new road maps and questions. This is about the questions. Photo festivals articulate current trends and new dialects in photography.

Since DPF 2013, I am increasingly seeing a new approach in terms of photographers presenting bodies of work. More often now, there is the emergence of seemingly imperfect random and unrelated images, bunched into a body of work. Now increasingly frequent on popular photography sites like LensCulture, Petapixel and a lot of individual photoblogs, such work appears to be in contrast to the structured narratives of social documentary and journalistic work. At their best, these are images seeking to be free of the yoke of ‘correct’ framing, studied composition and clichéd reportage. They play out more like strokes in an abstract painting or strains of free flowing aalaap in classical vocal music. There, they emerge as graphs of mood and inner states rather than a depiction of what is tangible. Then, there is a counterpoint.

For a generation of photographers, photography’s core association with the depiction of ‘what is’ largely governs the patterns of its consumption. Its expansion into an art form allows for imaginative transformations of reality. Even in those departures ,the consideration of ‘what is real’ or ‘how far from real’ still forms the locus of the image play. For practitioners who have fashioned their craft with the real and tactile—on the anvil of specific structures like the decisive moment, the studied frame, the dramatic empathy of photojournalism or the language of popular visual culture, these unhinged, seemingly banal images often appear evasive of rigour and craft.

When questioned with what David Campany (in the keynote address of DPF) termed as ‘suspicion’, such work intermittently emerges as self indulgent and conveniently ambivalent. These ‘nonlinear narratives’ are garbed in the spirit of free expression. They emerge as ‘new voices’ in not wanting to make linear sense. But the sense has to be created to provide purpose—to make them intelligible. For that, the gaps in the narrative structure are injected with copious amount of text— reminiscent of the jargon that underscores a lot of contemporary art. The photograph that hitherto had the power of a thousand words now needs a thousand words to be intelligible.

I see this as a new emergent language in photography—a transition perhaps—a fissure of expression opening up as a result of the explosion of images in our mindspace. It is something like when lyrical poetry and its metres were replaced by structures of blank verse. That blank verse, then, making more poets than poetry. I did a personal experiment to stage this expression. The guiding inspiration came from the DPF 2015 logo. The interconnection of the lines between lenses served as the base equation. While attending the photo festival and walking through the space, I made some images around the exhibits, on my cellphone. I then picked portions of text from different artist statements to connect with my images. I wanted to see if the images would, in this way, appropriate more layered subtexts. On these wings, the distance the images fly from their actual context is the new territory of photography.

This article originally appeared in the April 2016 issue of Bette Photography. 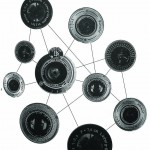 The signage within the DPF 2015 logo that inspired my experiment. 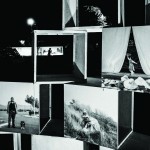 “To experience landscape is to practise it, to place it in contradiction, thus creating a peripheral vision… images of images, representations of representations.” (From The Two Labyrinths by Michel Le Belhomme) 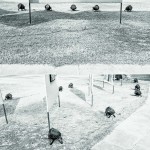 “Images help to uncover a new set of visual and existential connections that are not on the surface.” (From In the Footsteps/Ballet by Sahil Vasudeva) 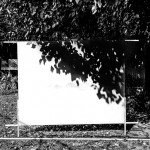 “Halfway between dreamt up images suspended between documentation and fiction, reality swiftly moves from obviousness to abstraction. The visible becomes minimalistic, ghost- like, a breathtaking void.” (From The Two Labyrinths by Michel Le Belhomme) 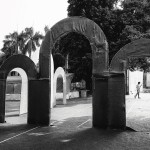 “I am not what I look like.” (From The Identity of a Tomato Picker by Dario Bosio) 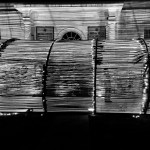 “The state of flux… a constant transition between reality and imagination. We are all in a continual flow moving from one state to another.” (From Sleepwalker by Karthik Subramanian) 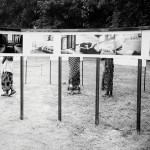 “An exploration of the surreal lives that exist in these artificial spaces.” (From Undercurrents by Ian Teh) 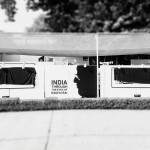 “This iconographic and spatial journey was constantly at the threshold of the ancestral India we traditionally visualise.” (From India 50/50 by Alejandro Gomez de Tuddo) 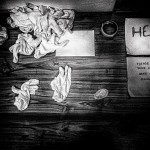 “There is recklessness in the air, a very palpable thirst for modernity that appears to be built on layers of oblivion.” (From Phnom Penh of the Future by Marylise Vigneau) 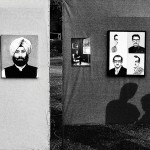 “I am interested in the voices of those who represent our societal projections… no one wants to identify as the stereotype the picture presents them as.” (From Morphosis by Jenni Holma) 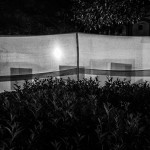 “It is a survival in an apocalyptic landscape.” (From The End by Ronny Sen) 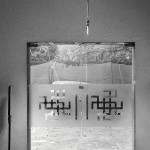 “An abstract world that requires time to decipher… perspective and abstraction permits an investigation on the ability of our contemporary territories to deliver any form of intelligibility or any proof of vernacular identity.” (From Borders by Jeremie Lenoir) 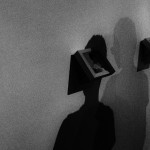 “It’s a case of oversensitive empathy throwing the mind forward into a simulated other… feeling and sensing… as though they are part of your own physical self.” From Exabytes by Debashish Chakrabarty) 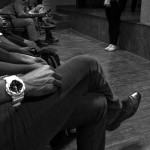 “An essay of the critical unconsciousness of individuals submerged by social inertia in apathy to all historical matters that surround them.” From Perfect Citizens by Arturo Betancourt)