A Refusal to Yield

If the market protects ‘talented’ predators, can we as stakeholders not influence it? Nayanika Mukherjee lays out her frustrations as a student of media. 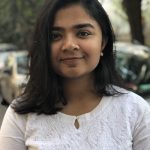 This year, I attempted the Instagram art challenge Inktober. With little patience for watercolours, I would sketch funny cartoons that illustrated prompts—a sarcastic papad for ‘roasted’ on Day 3, or smiling peppers on Day 11 for ‘cruel’. But on Day 21, when the prompt read ‘breakable’, the first image that popped up was my own college.

You see, it had recently suffered from a PR crisis—multiple students and professors had been called out in the Me Too movement. The rot, of course, was not unique to our institution, but its ‘number one’ status as a media school meant publications aggressively pursued the story, and our reasonably good reputation evaporated within a week.

Did every student on campus deserve to be hounded by friends and family after this? No. But was the fall necessary? Absolutely.

As someone graduating in 2019, I’m not cheerful about the future. Here, I don’t just mean myself, but anyone joining the photo community without connections and cultural capital. Despite Me Too gaining traction, we still fixate on the salacious. We see abuse as something that is endured, and not as an activity perpetrated with intention. The disparity is clear every time a news piece on this comes out—the accompanying visual almost always shows someone cornered and afraid. If people are placing time and effort into making these stock images, they should also point their finger at predators.

Artists in Tier-I and Tier-II cities can still have their complaints heard, albeit with some gatekeeping that blurs out the damning effect on ‘respectable’ perpetrators. Those whose lives cannot sway an elitist media, though, are left in the lurch.
A 13-year-old Dalit girl was beheaded in Tamil Nadu when she rejected the advances of an upper-caste neighbour, someone her family could not challenge in their small village. In less extreme circumstances where Dalit, Adivasi, or Bahujan individuals enter a newsroom or agency, they may already be compelled to prove themselves amongst savarna peers. If a case of harassment plays out at a lesser-known company, what is the likelihood of redressal against a senior colleague?

Despite a government mandate, many institutions don’t have an Internal Complaints Committee, and media trials are short-term bandages on a festering wound. Adding to the problem, we place art above the artist, content creation superceding human dignity. A mixture of ‘they have a talented history’ and ‘false accusations are rampant’ provides a protective blanket to many photographers. Yes, fake accusations are a terrible blot in the resume—you can’t restore relationships, work or otherwise—but the worldwide rate for this is similar to being falsely accused of any other crime. In everyday life, why then do we feel compelled to show support for friends who are accused, but find it inconceivable that they harassed someone?

Sexism of convenience is a way of life—and I’m not sure we even realise it. I’ve seen this scenario play out in college, when mutual friends refused to believe that a star student used his clout for sexual exploitation. When my mother would return home fatigued, not due to work pressure, but from combating chauvinism in Kolkata’s real estate market. Or when a friend’s parents could not believe that a long-time family friend abused their son as a toddler.

Liberalism, thankfully, liberates people from the stigma of speaking up. Even ten years ago, rape was not publicised as the heinous crime it is today. If women were raped, their life would be defined by it. For LGBT people, living a life of contentment didn’t feature on the menu. And if men got raped? Well, that just wasn’t possible. We were myopic in our perception, ignoring the trauma of psychological domination that survivors—of any gender—could not shake off. A combination of Me Too and active pursuit of liberalism, however, has empowered several men to voice their stories of harassment, memories earlier suppressed for being ‘emasculating’.

I have not spoken to a sister I grew up with for 18 years, after she mocked Me Too on social media. Dissociation is not to express moral superiority, but to acknowledge that certain uncompromisable ideals have been violated in the first place.

If we view the media community at large, though, the same liberal atmosphere is a predator’s playground. Work in the industry often makes the personal and professional spheres overlap. But joining colleagues at the pub isn’t the same as violating them, no matter how invisible the line of professionalism may seem.

A narrative where protest is limited to indignation is not enough. If a few more generations are required to change how the world socialises us with a sense of entitlement, then the onus isn’t just on survivors to name and shame harassers. Those at the top of the pecking order need to use their privilege and show solidarity.

I admire Photoink’s Devika Daulet-Singh’s willingness to this end; her agency represented Pablo Bartholomew, who was anonymously accused some time back. She was vocal about setting up an ICC inquiry. Chennai Photo Biennale has also withdrawn his participation from their lineup of exhibiting artists. On the other hand, I had no idea that Patrick Witty, former photo editor at National Geographic, had left the magazine this January . He had been investigated for sexual misconduct last year.

As a long-time subscriber, I didn’t notice any clear mention of his leave in the magazine. For a brand built around raising awareness, and run by a female Editor-in-Chief (Susan Goldberg), shouldn’t a sensitivity to nature include human nature?

Initiating change is an exhausting process. Champions of this cause tolerate everyday insults, rape threats and—apparently the nail on the coffin—the mistaken label of being ‘difficult to work with’. Vaishnavi Suresh, an alumna and photographer at the forefront of my college’s Me Too movement, highlights how unaffected perpetrators remain in contrast—after lying low since 2015, Manik Katyal is receiving work again. This is a man who was accused of sexual harassment by 36 women.

However, she is optimistic about those just starting out. “You get to shape how the next generation of photographers will be,” says Vaishnavi, “and I surely hope you do it with kindness and sensitivity.”

Me Too, as founder Tarana Burke envisioned it, was for survivors to find strength in numbers. It wanted to show how deep systemic suppression was, and that each case mattered. Misuse was an obvious concern, but this was more than a trend—pent up fear and rage that had accumulated for years began to tear down flawed frameworks that could be replaced with ones that prioritised listening and healing.

Many naysayers—or those exposed—have brushed off the movement as a sticker that has started to peel. But a positive use of tunnel vision could be the solution.

We need to move beyond branding Me Too as a watershed moment (it’s been here for a while) and strengthen our support with proactive action. This would mean, at a personal level, to cut off problematic entities. I have not spoken to my first cousin—a sister I grew up with for 18 years—after she mocked the movement on social media last year.

Artists in Tier-I and Tier-II cities can still have their complaints heard, albeit with some gatekeeping that blurs out the damning effect on ‘respectable’ perpetrators. Those whose lives cannot sway an elitist media, though, are left in the lurch.

Dissociation is not to express moral superiority, but to acknowledge that certain uncompromisable ideals have been violated in the first place.

For the media, and thus, the photo community, a persuasive step could be the opposite—that of relentless coverage until harassment is seen as an unthinkable act, instead of plain bad luck. You could document atrocities against Dalits like Padma Shri Sudharak Olwe; you could shoot straightforward portraits of survivors like photographer Eliza Hatch, helping drive in the unfortunate pervasiveness of these crimes. If comfortable, you could even point the lens inwards, and introspect past trauma to raise awareness, like photographer Sina Niemeyer.

According to media intelligence firm Meltwater, across October 2018, India saw 28,900 editorial mentions of Me Too. This made up “25 per cent of the chatter” across the globe. Even if the movement eventually leaves public imagination, the photographic community needs to stand tall against an obnoxious status quo. But for this, we must first collectively channel our creative energies into growing a spine.

Nayanika Mukherjee is a third-year Journalism trainee at SCMC, Pune, and an intern at Better Photography. She is currently ideating a project that translates the mood of Korean music videos into photography. You can find her images on Instagram (@journyes), or you can contact her at nayanikam@hotmail.com.

Tags: better photography, A Vignette of Thoughts, Me Too movement, Nayanika Mukherjee, December 2018