A Mystifying Interlude in the Wildnerness of the Sea

The sea is a temptress, enticing us into its incomprehensible depth. It is as old as time, and in its stillness and blazing ferocity lies unfathomable secrets. Maybe we are not meant to unravel its inner workings, and yet we continue to seek its salty waters to forget or maybe confront our inner drudgeries.

When I think of the sea, I am reminded of Gustave Le Gray’s The Great Wave. One hundred and sixty three years have lapsed since that moment was immortalised by his camera, and yet there is a comforting alikeness to what I witnessed whenever I’ve found myself standing at the precipice of Bombay’s coastline. There is a similar likeness to be found in Robert Adams’ set of images in Sea Stories. If you take away the birds in his photographs and superimpose them with crows, you’d get a quintessential portrait of Bombay’s sea front. There’s also Claude Monet’s painting, On the High Seas, where the sea and sky reverberate with a shimmering quietude brought about by his ingenious brush strokes. In all three instances, the sea is presented in a kind of confounding allure. I suspect it is why we continue to flock to the sea; an unconscious and deliberate attempt on our part to experience its enchantment. 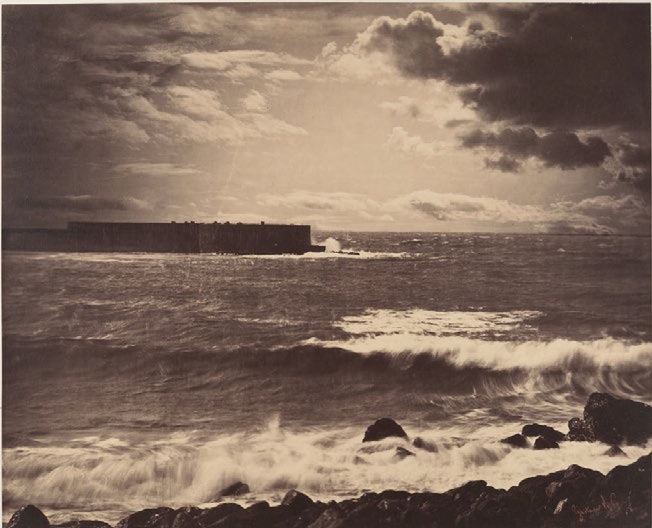 In a place like Bombay, the sea is home to those seeking temporary respite from the choking sights, sounds and scents that are unique to the inner tributaries of the city. It is not that the aforementioned sights, sounds and scents disappear, but when mixed with the acrid saltiness and the visual expanse of the sea, Bombay doesn’t feel as clogged. Where the city has created monstrous concrete divisions, the sea has been mercifully left open to anyone wishing to make a brief sojourn to it.

Amongst the multitudes who visit the sea, I am particularly drawn to those who come to it seeking a moment or two of quietness interspersed with what I imagine to be verbal or physical exchanges of love. In a country where lovers are glorified on the silver screen but berated otherwise, it is no surprise that you’ll find a legion of lovers interspersed like colourful dots in between the rocks on Carter Road or on the seating platform on Marine Drive or in between the few trees and cordoned off corners at Dadar Chowpatty. Huddled and bent together, they have, in a way, claimed these sections of the city for themselves, where they can go undisturbed from the continuous grind of the city. Many photographers have created fleeting snatches of the charismatic moments between lovers on the sea front, but none will make your heart flutter as heavily as Anurag Banerjee’s pictures in Love in Bombay. His photographs of lovers caught amidst the generosity of the sea are particularly arresting. 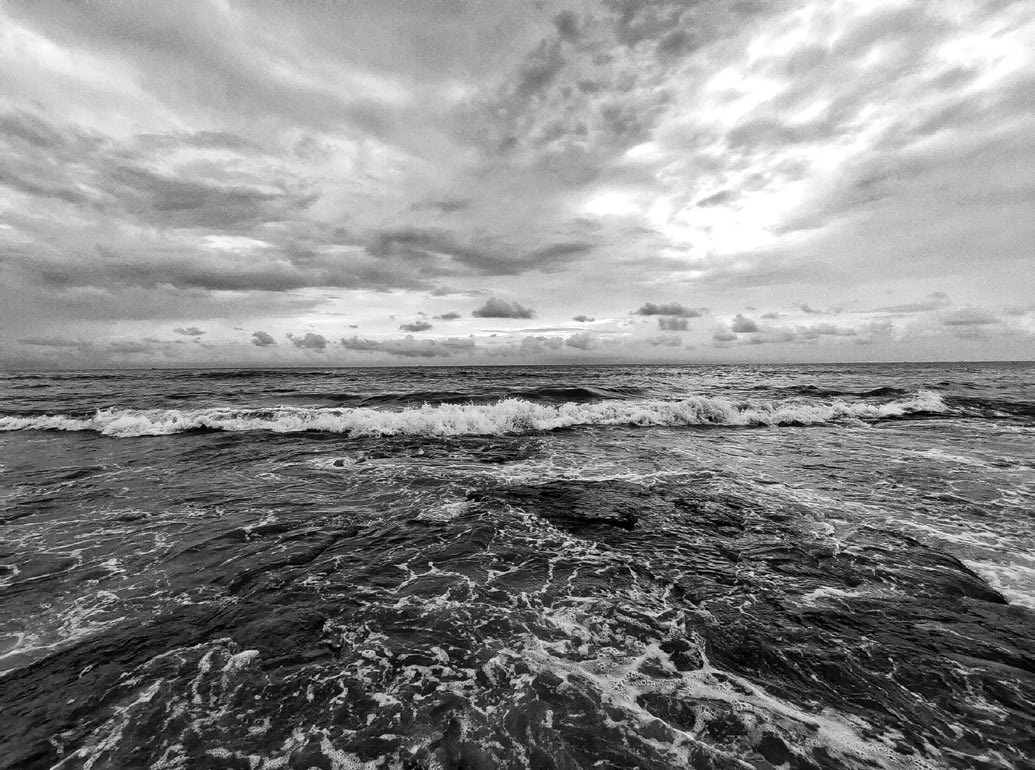 When I think of the sea I am also reminded of Zahra Amiruddin’s pictures, where time ceases in the placidity of the water or in the crashing of waves, resulting in an undecipherable yearning. However, within the magnanimous beauty of the sea lies evidences of our carelessness as seen in Stashia D’souza’s photographs of washed up remnants. Although the photographs are proof of our debilitating folly, when the sea delivers these objects to us, it does so with a touch of kindness. Even here there is beauty to be found.

Although I have found myself next to the sea on numerous occasions, I was never able to experience or embrace its sereneness or fierceness, choosing to instead live vicariously through the photographs of friends and colleagues. Last month, while planning pictures for a shoot, I decided to trudge along to the very extreme end of the shore at Bandstand in Bandra. Perched precariously over the rocks, I found myself closest to the sea than I had ever been. And then it slowly dawned upon me that it was perhaps this proximity that had been missing in the past. I had never seen the waves as close as I had in that moment, and wondered how many people might have stood where I was, witnessing the swell of the sea that had transformed into a desert of waves. I was transfixed at this visual of watery wilderness, and at once I was at peace with myself and awash with a sense of acceptance for all that I had, and for the possibilities that lay ahead.

This article originally appeared in the October 2020 issue of Better Photography.