Here are the compelling pictures submitted in the Marks & Spencer Food Portraiture category of the Pink Lady Food Photographer of the Year 2021: 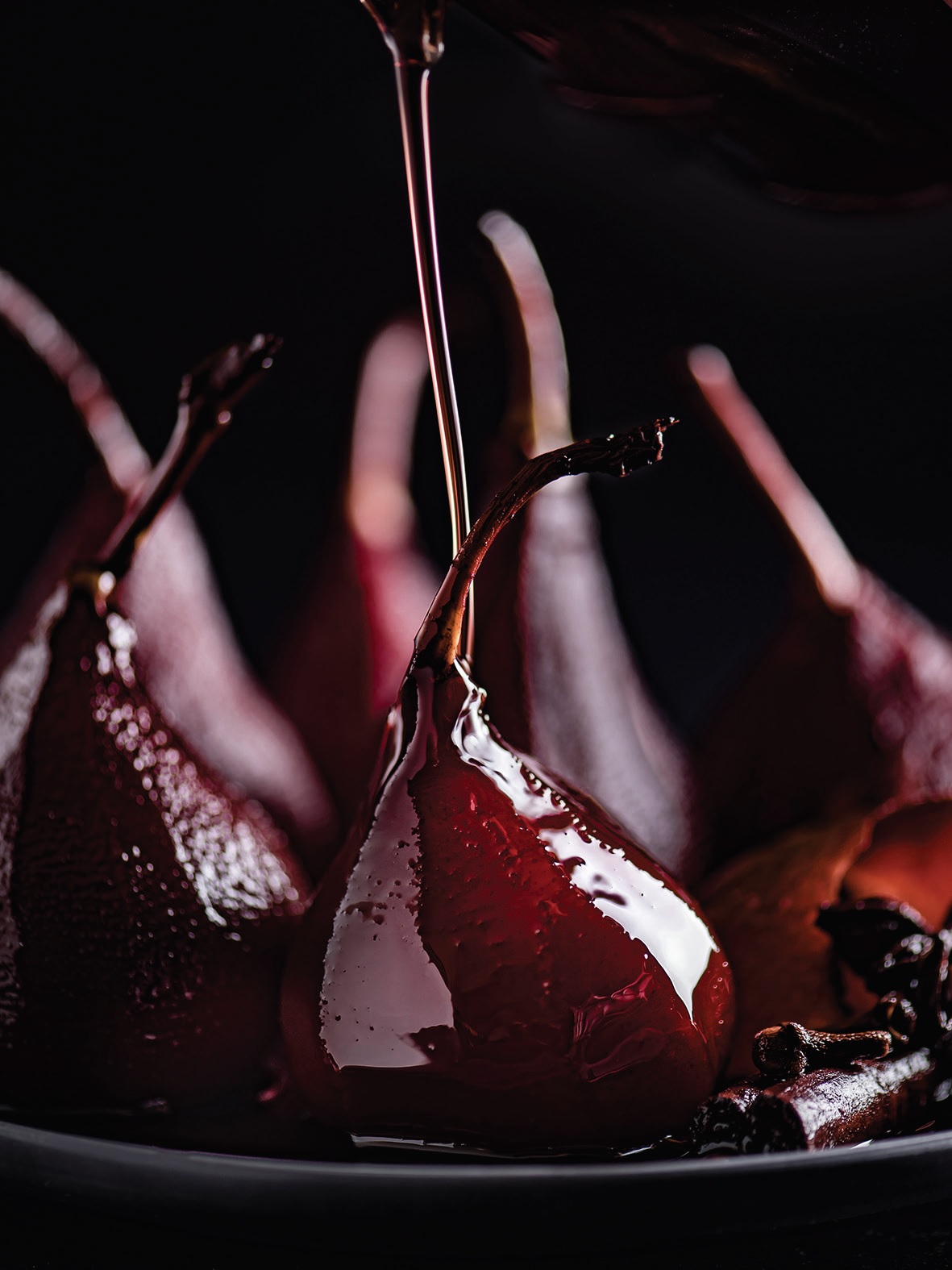 Mulled Pears: Originally destined for a mulled pear, blue Castello and pecan salad recipe, the pears looked so pretty after I cooked them that I couldn’t resist photographing them before I prepared my salad. The first set of images I captured didn’t include pouring the syrup, and while they had a nice texture, I felt that shiny syrup running over the pears would make it more interesting. Of the shots captured, this particular image spoke to me—I love how the curve of the syrup mirrors the shape of the pear and seems to wrap itself around the fruit; it gives me the feeling that I can almost see into the heart of the pear. 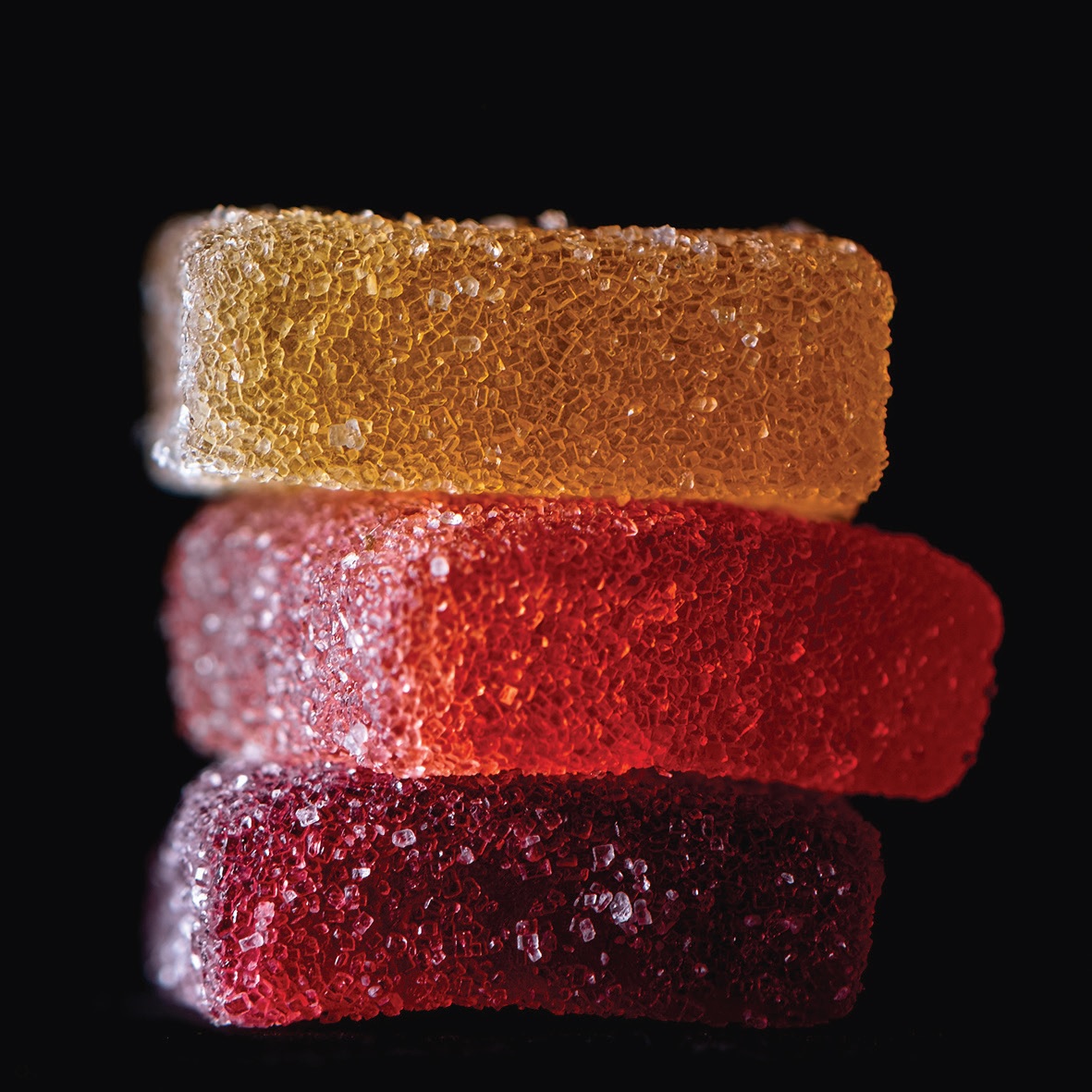 Sweet Fruit: While creating this image of these fruit jellies, I ensured to focus on the intricate details of the sugar coating. I lit it in a simple manner that would help portray the gelatinous texture and its opaqueness. 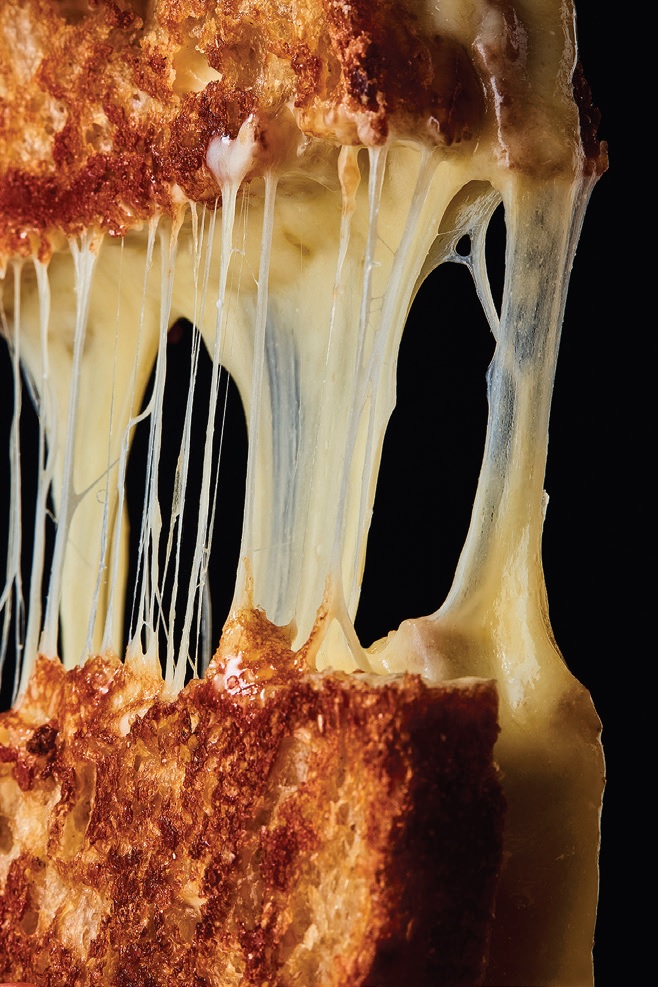 A Grilled Cheese: I wanted to visually describe the texture, taste, and excitement through this image. When I photograph food, I aim to understand my subject and express its characteristics captivatingly. It brings the still image to life by enticing the viewer. In this image, we decided to showcase the stretchy, gooey qualities of the cheese. The framing is a close-up and portrays the details, which will make the viewers feel hungry.