In a country that is divided on so many levels, it is ideal if the photographer’s eye does not seek to create any more divisions. Photograph/Prashant Panjiar

Prashant Panjiar speaks with Raj Lalwani and stresses that as photographers, we have to realise that everyone deserves equal respect for who they are, what they represent and the space they occupy. All through my career, I have had no secrets, no tricks, but let me share with you the core philosophy that has driven my work. One of the most important attributes that make a picture is respect towards the person being portrayed.

So whether I am photographing a celebrity or a commoner, peasant or worker, it is no different. The way I approach the subject is the same. Even in my exhibition titled King, Commoner, Citizen that showcases people from different backgrounds, I have tried to celebrate the similarities instead of highlighting the differences.

Celebrate the similarities, instead of harping on the contrasts and differences.

Understanding Social Contexts
This is particularly important in a country like ours, which is divided so much by socioeconomic inequality. The traditional way in which we are used to looking at social images is to seek contrast… to play with a juxtaposition of rich and poor, for instance.

All this is true, of course. The divide is very much there. But people know that already; to batter the point home is pointless. It has dulled the senses of the people, so the viewer no longer connects.
As communicators, we need to ask ourselves, how do we strike a chord? The answer, again, is the utmost respect for any person, place or situation. Respect has been important in all my photojournalistic and documentary work, but it applies equally for other genres too. Photograph/Prashant Panjiar

Creating a Sense of Empathy
So when you see the picture of a farmer, you do not necessarily see that he is poor, but instead notice a certain pride, grace and dignity. We are able to empathise with him more. The image is no longer distant. It is not rocket science, just a question of ethics. The king can be a commoner, the commoner can be a king… by ensuring that your approach and the final image have a sense of respect, you are dissolving the differences, even momentarily. 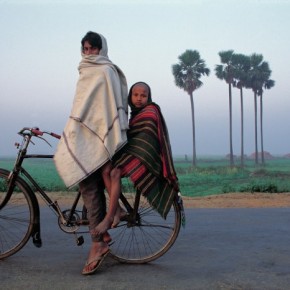 Photography is a means to communicate, so one must keep social contexts in mind before making an image. Photograph/Prashant Panjiar 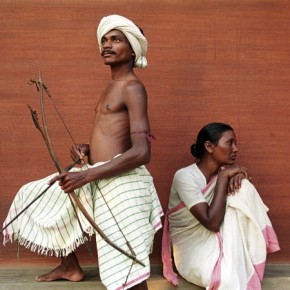 Photographers are often intruders, but a certain sense of respect can help build intimacy. Photograph/Prashant Panjiar