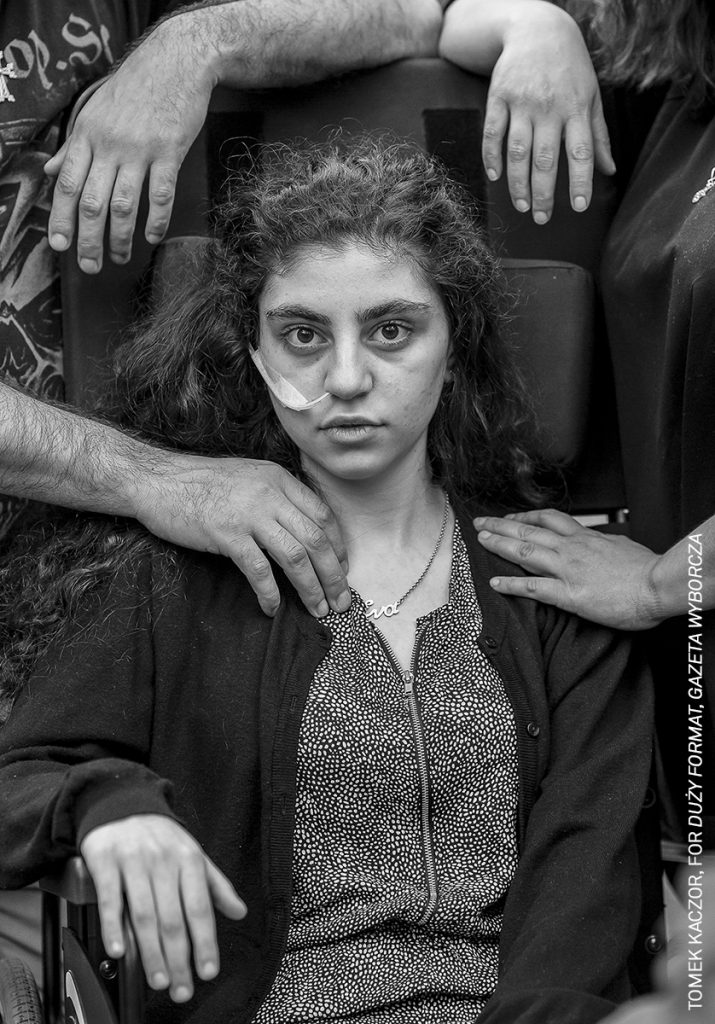 Awakening: Ewa, a 15-year-old Armenian girl who has recently woken from catatonic state brought on by Resignation Syndrome, sits in a wheelchair, flanked by her parents, in a refugee reception center in Podkowa Leśna, Poland, on 1 June 2019. Photograph/Tomek Kaczor 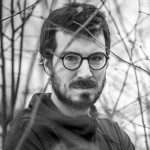 Tomasz Kaczor has worked as a freelance photographer for over 12 years, and an educator and photography instructor. He is a co-establisher and a photographer for Magazyn Kontakt magazine. Image credit: Dorota Borodaj

Awakening: Resignation Syndrome (RS) renders patients passive, immobile, mute, unable to eat and drink, incontinent and unresponsive to physical stimulus. It affects psychologically traumatized children in the midst of lengthy asylum processes, and seems most common in Roma and Yazidi children as well as those from the Balkans. It was first noted in the late 1990s, and was thought to be confined to Sweden, though cases have since been reported in the offshore refugee detention center run by the Australian government in Nauru. Remission and gradual return to normal function occurs after life circumstances improve. Ewa succumbed to RS while her family were trying for asylum in Sweden and threatened with deportation to Poland, which had been their country of first arrival as refugees. They feared being sent back to Armenia. The family was deported to Poland, despite Ewa’s illness, but she recovered eight months after they arrived. 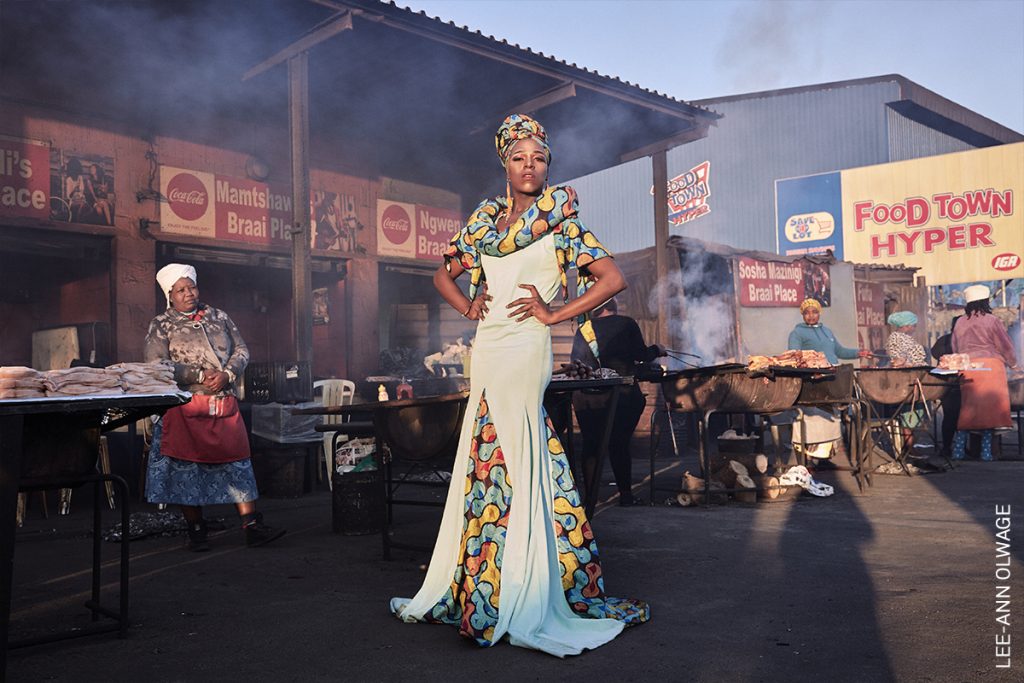 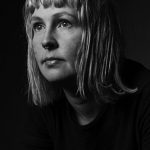 Black Drag Magic – Portrait of a Drag Artist and Activist: Belinda, the photographer, and other black, queer, gender non-conforming and transgender people collaborated in a project to decolonize drag culture and find a particularly African expression of drag. The aim was also to highlight the need for the African lesbian, gay, bisexual, trans, queer (LGBTQ+) community to find their identities irrespective of their backgrounds, and to reclaim the public space in a community where they are subject to discrimination, harassment and violence. Discrimination is part of everyday life for LGBTQ+ people in townships such as Khayelitsha, especially in public areas. A survey of 2,000 LGBTQ+ people by South African rights organization OUT found that within a two-year period, 39% had been verbally insulted, 20% threatened, 17% chased or followed, and nearly 10% physically attacked. 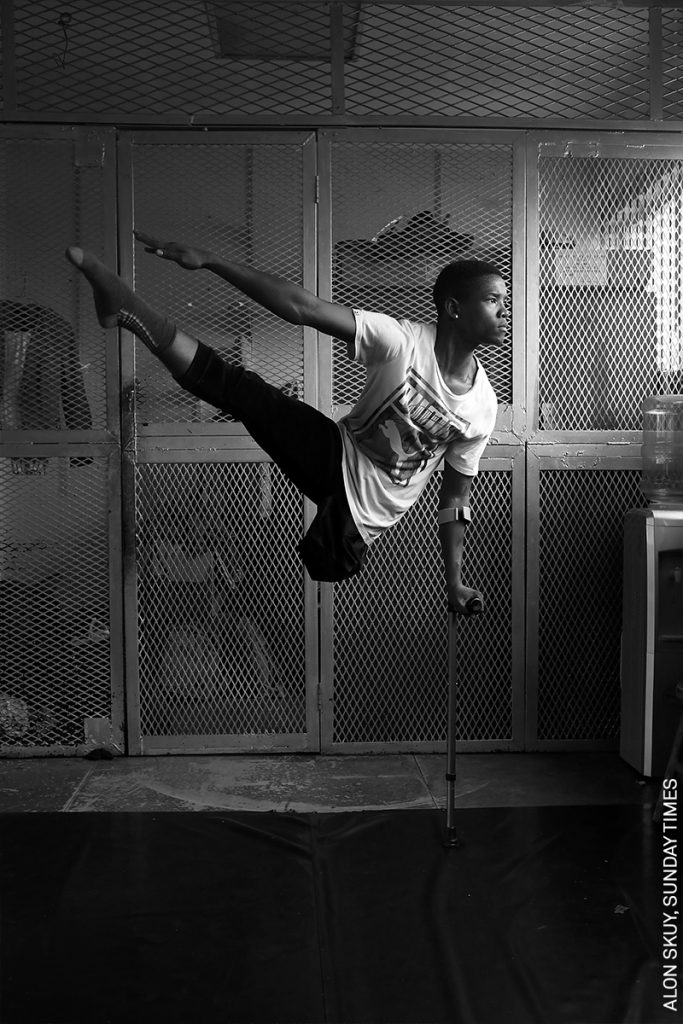 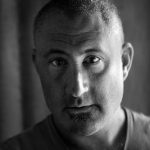 Alon Skuy, a photojournalist born in Johannesburg, is the chief photographer of the Sunday Times and The Times in South Africa. For more than a decade, Skuy has documented xenophobia in South Africa, and together with colleague James Oatway, will publish a book on the subject in 2020.Image credit: Thys Dullaart

Musa’s Struggle and Search for the Stage: Musa was a rising football player when, at the age of 11, he was diagnosed with osteosarcoma, a type of cancer that affects young people in particular and produces immature bone. As a result, his leg was amputated below the knee. Musa refocused his ambitions on his love for music, and took up dance. He has learned how to use gravity and his crutches, together with the physical flexibility he learned as a football player, to perfect his moves. He performs with the Vuyani Dance Theatre, a contemporary dance company in Johannesburg.