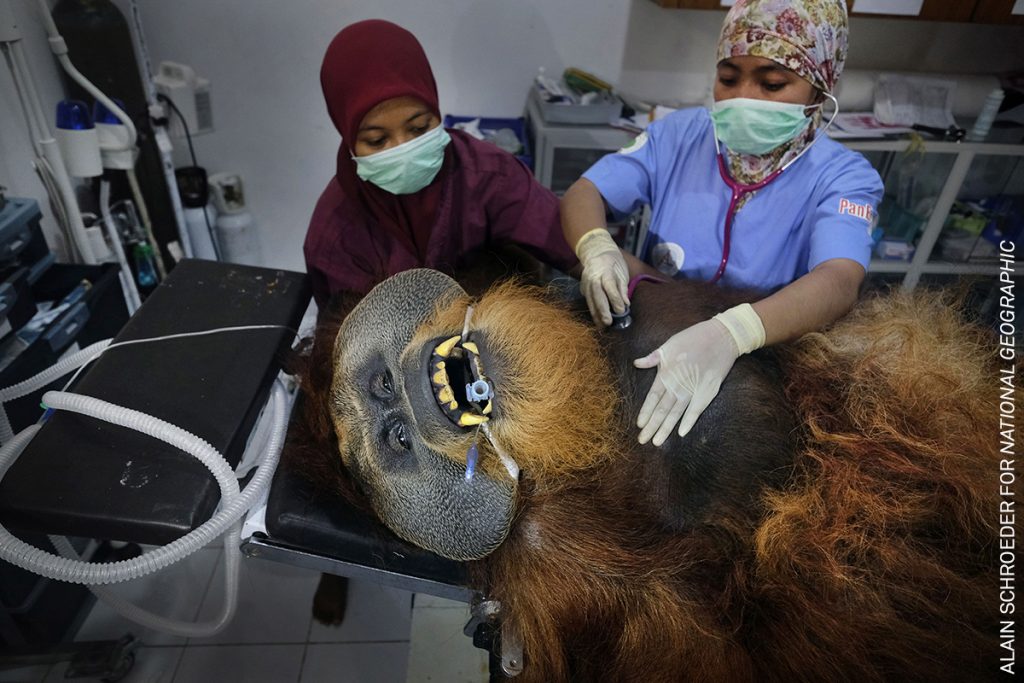 Fahzren, a 30-year-old male orangutan, undergoes a routine medical check, at the SOCP Quarantine Centre, on 29 January 2019. He has spent most of his life in a zoo and lacks the skills to be returned to the wild. Photograph/Alain Schroeder 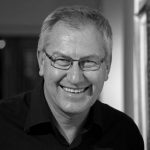 Saving Orangutans: Indonesia’s orangutans are under severe threat from the ongoing depletion of the rainforest. Sumatran orangutans, which once ranged over the entire island of Sumatra, are now restricted to the north and critically endangered. They are almost exclusively arboreal: females virtually never travel on the ground and adult males do so rarely. As logging, mining, and palm oil cultivation increase, orangutans find themselves squeezed into smaller pockets of forest, forced out of their natural habitat and in more frequent conflict with humans. Organizations such as the Sumatran Orangutan Conservation Programme (SOCP) care for lost, injured and captive orangutans, aiming to reintroduce them into the wild. Human caregivers take on the maternal role that female orangutans play, aiming to reintroduce young to their natural habitat at around the age of seven or eight, when they would naturally leave their mothers in the wild. 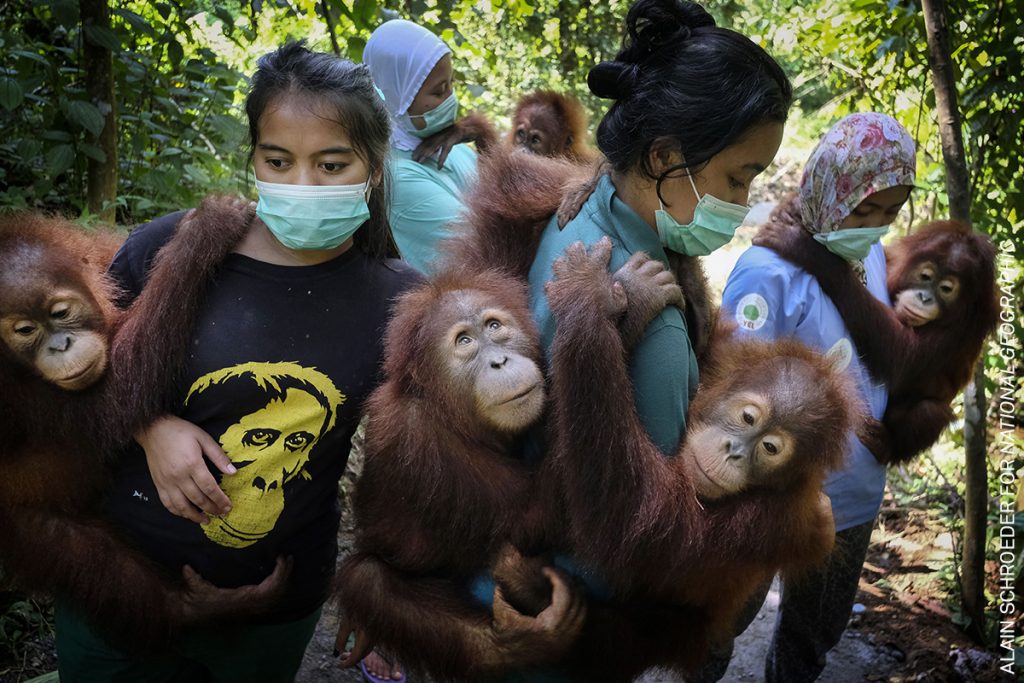 Mother-substitutes carry orphaned orangutans to a forest school where they will teach them to climb trees, at SOCP Quarantine Centre in Sibolangit, North Sumatra, Indonesia, on 22 January 2019. Photograph/Alain Schroeder 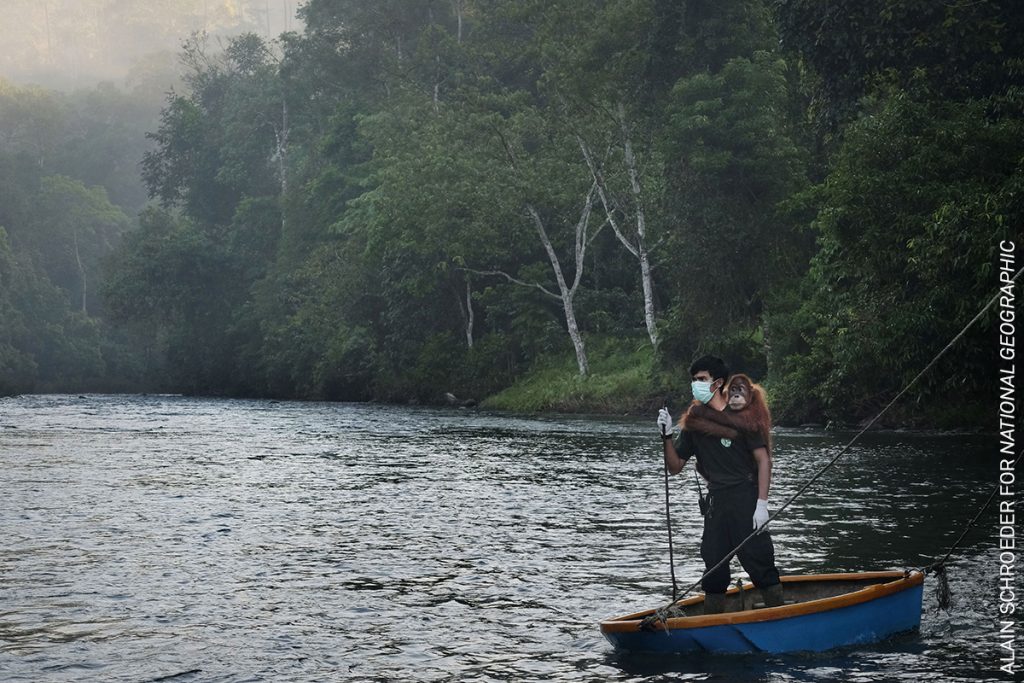 A veterinarian carries Diana, an eight-year-old female orangutan, for a final release into the wild in the Jantho Pine Forest Nature Reserve, Sumatra, on 11 April 2019. Since 2011, more than 100 orangutans have been released back into their natural habitat at Jantho, and several new births have been recorded. Photograph/Alain Schroeder 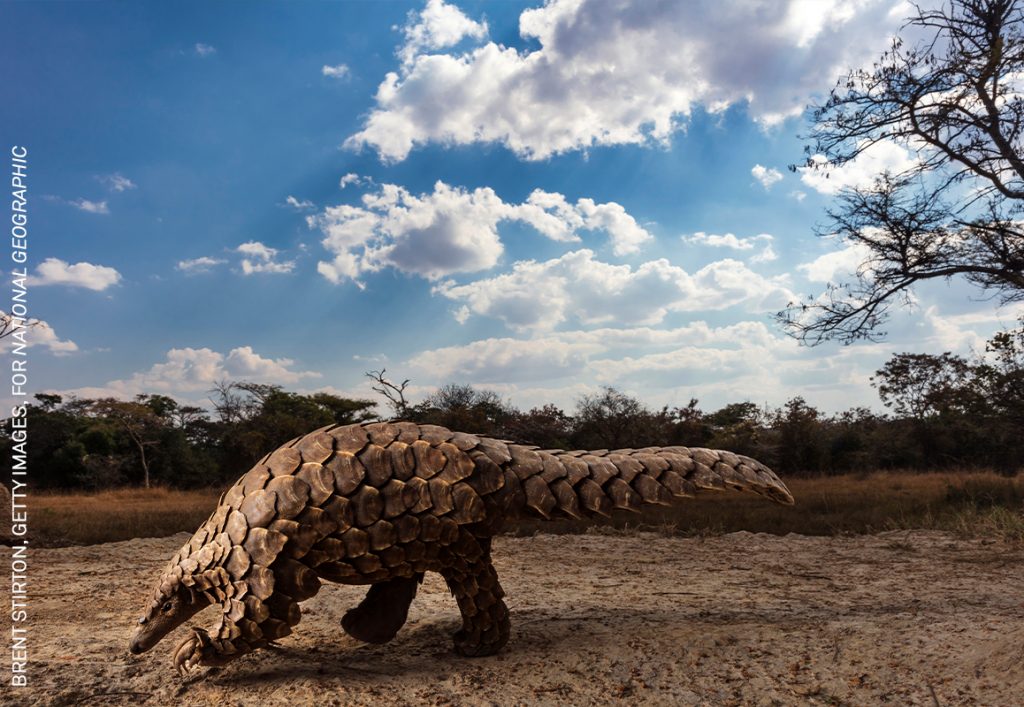 A Temminck’s pangolin learns to forage again, near Harare, Zimbabwe, after being rescued from traffickers on the Zimbabwe-South Africa border and rehabilitated, on 24 June 2018. Photograph/Brent Stirton

Brent Stirton is a special correspondent for Getty Images, and a regular contributor to National Geographic magazine as well as other international titles. Photo credit: Stuart Weber

Pangolins in Crisis: Pangolins are scaly-skinned mammals, and while sometimes mistaken for reptiles, they are more closely related to dogs and bears than anteaters or armadillos. They range through Asia and parts of Africa, and vary from the size of a domestic cat to over a meter long. They are solitary animals, meeting only to mate and produce a litter of one to three offspring, which are raised for around two years. Pangolin scales are highly prized in some parts of Asia for traditional medicine, and the meat is considered a delicacy. A 2017 report by Traffic, the wildlife trade monitoring network, states that pangolins are currently the most illegally traded animals in the world, with at least one million estimated to have been poached in the last ten years. All eight pangolin species are protected under national and international laws, and two are officially listed as critically endangered. 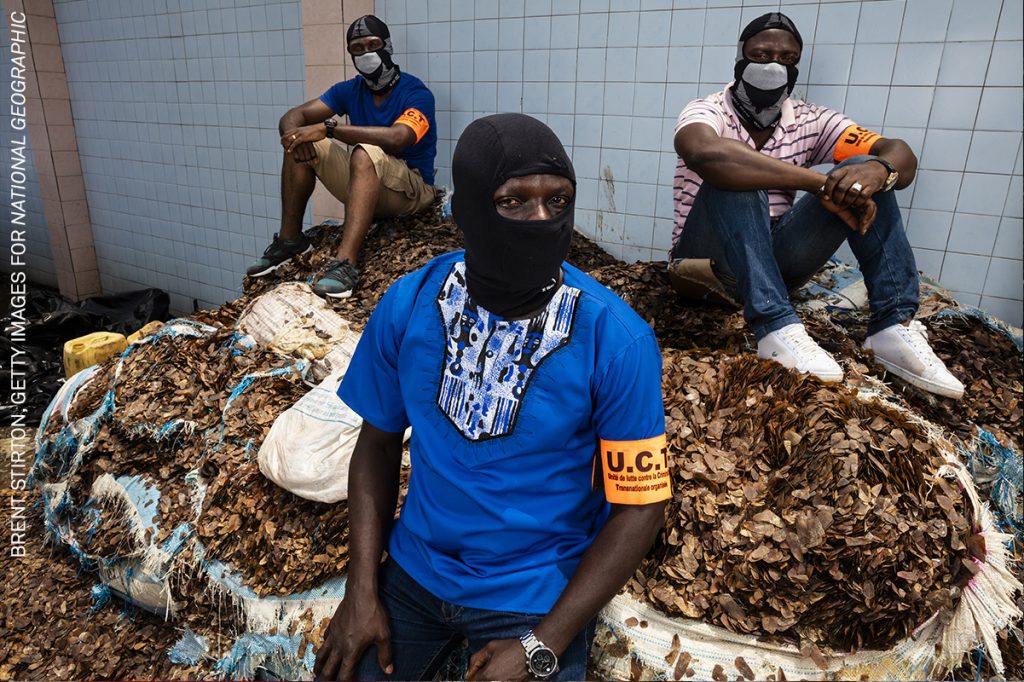 Members of the Transnational Organised Crime Unit of Côte d’Ivoire sit with a recent confiscation of 3,600 kg of pangolin scales, in the car park of their offices, in Abidjan, Côte d’Ivoire, on 28 August 2018. Photograph/Brent Stirton 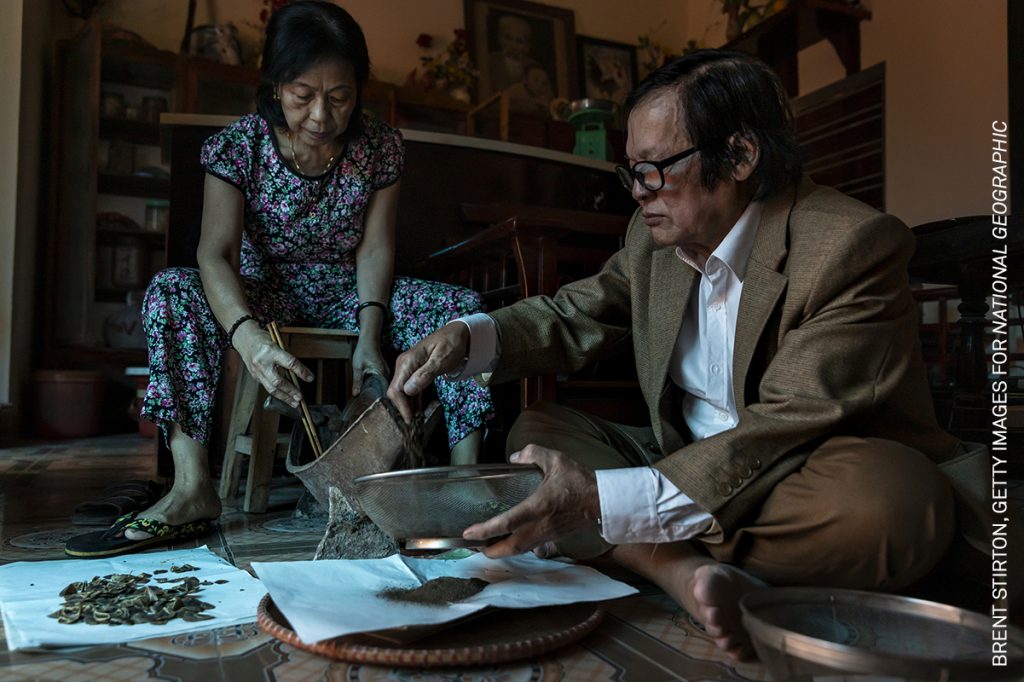 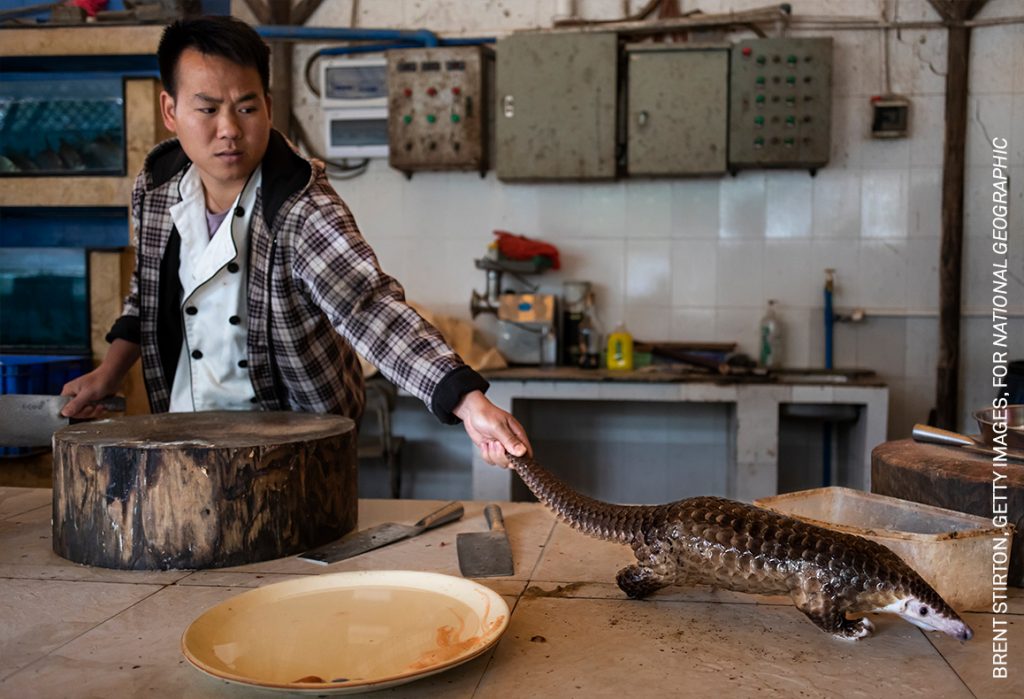 A man reaches for a pangolin that is about to be slaughtered and prepared for a meal in a restaurant on the outskirts of Guangzhou, China, on 4 January 2019. Pangolin meat at the restaurant sells for around US $376 per kilogram. Photograph/Brent Stirton 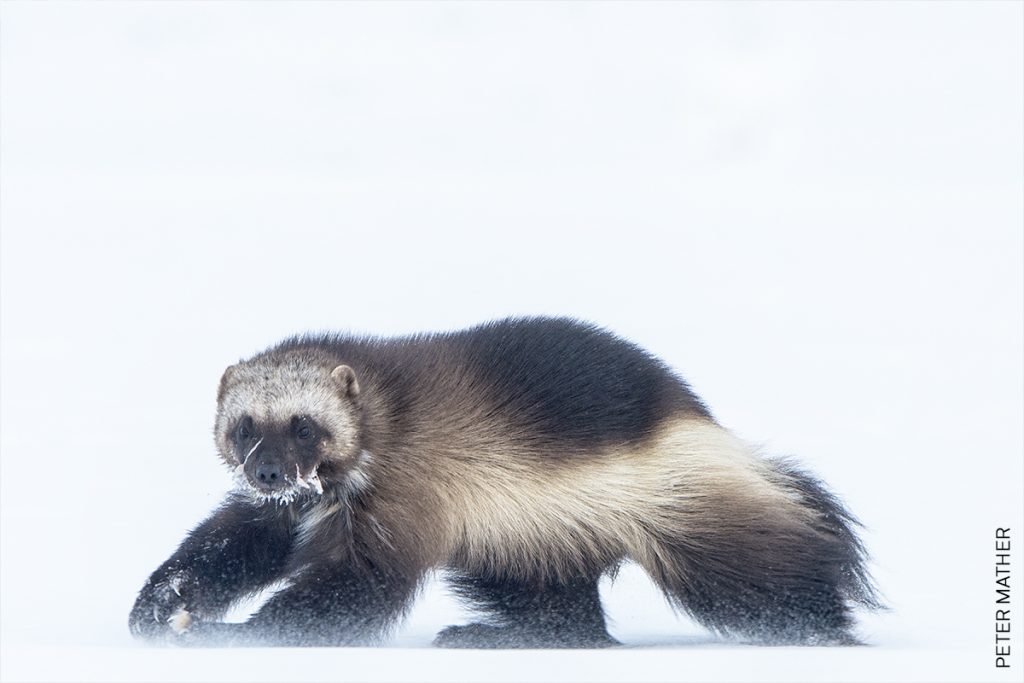 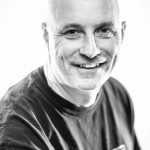 Peter Mather is a fellow in the International League of Conservation Photographers, represented by National Geographic Image Collection, and an ambassador for Panasonic Cameras. Image credit: Mark Kelly

Wolverine, Arctic Snow Machine: Wolverines are elusive, solitary animals that inhabit remote tundra and snow forests in the northern latitudes of Europe, Asia and North America. They can travel up to 25 kilometers a day in search of food. Tenacious predators, they prey on smaller animals such as rabbits and rodents, but may try for bulkier quarry such as caribou if the prey appears injured. They also feed opportunistically on larger corpses and have been known to dig into burrows and eat hibernating animals. Large snowshoe-like paws and hydrophobic fur coats equip them well for life in the snow: the Iñupiat people of northern Alaska particularly value the fur for lining parka rims, but the practice is declining following discouragement from conservationists. Although the fur trade is decreasing, current challenges to wolverines include the possible diminishing of spring snow cover due to climate change, exacerbated by their vast territory requirements and low reproductive rate. 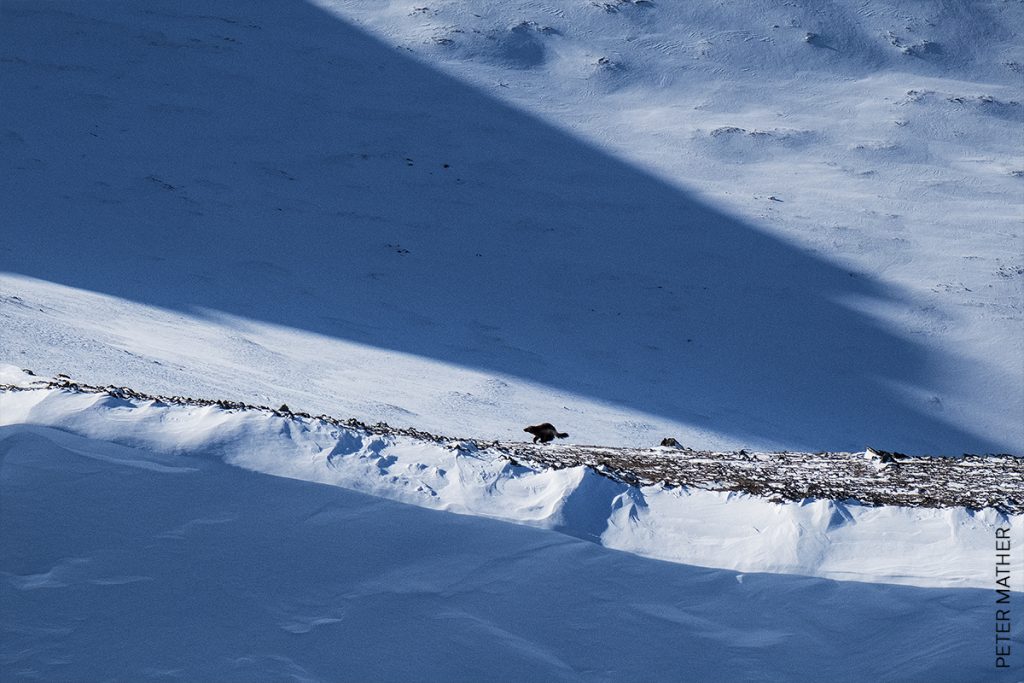 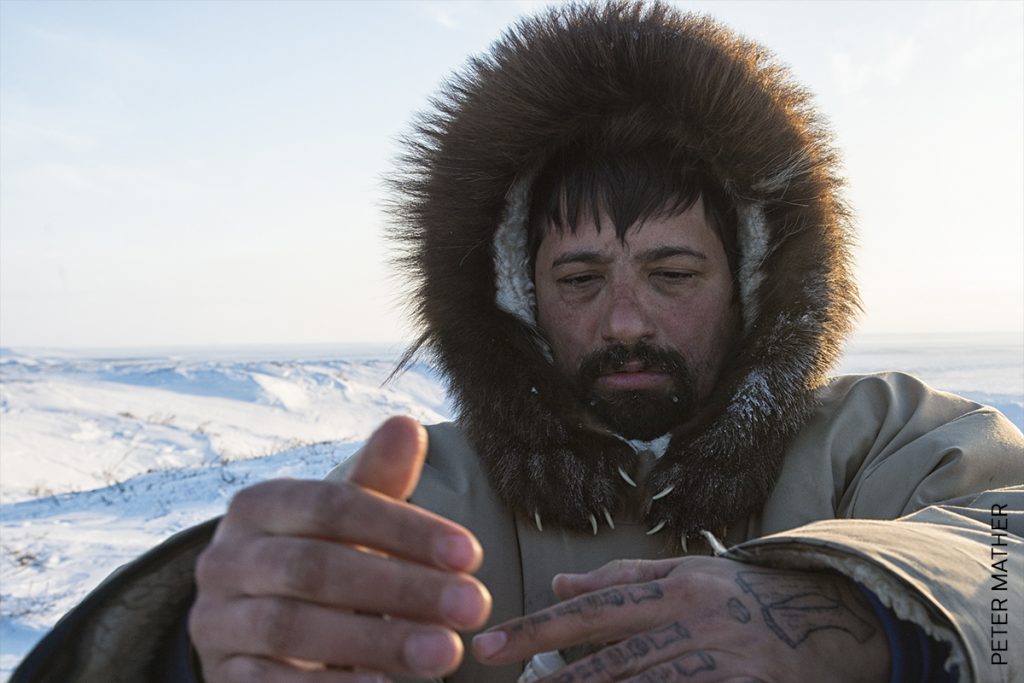 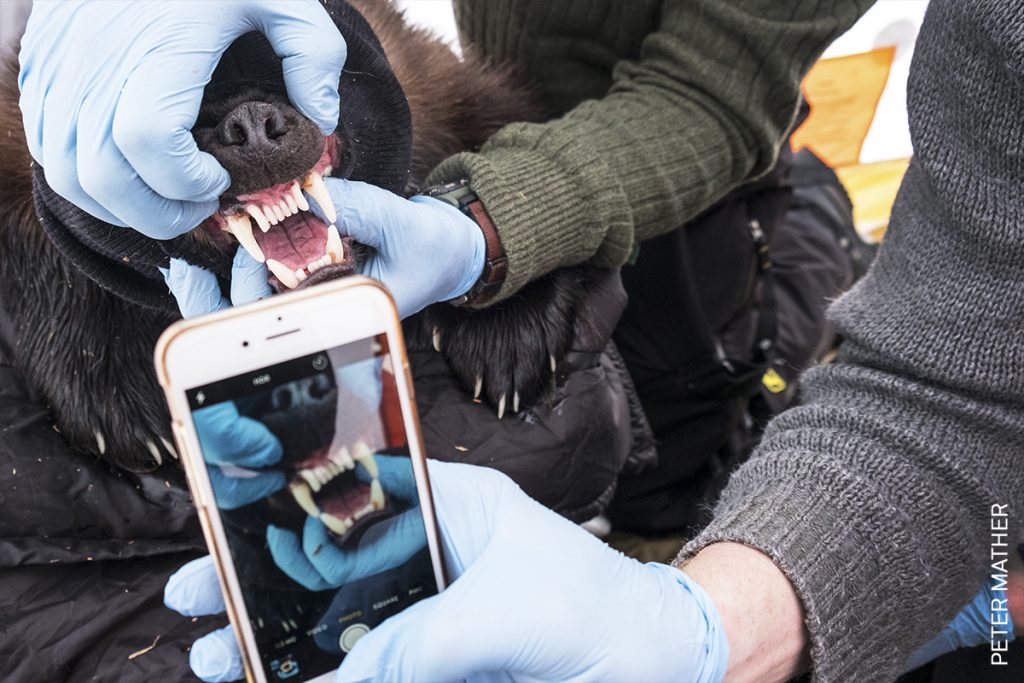 Wolverine biologist Tom Glass takes a picture of a wolverine’s teeth, to be used for identification and a health check, during a GPS collaring process in North Slope, Alaska, United States, on 13 March 2018. Photograph/Peter Mather