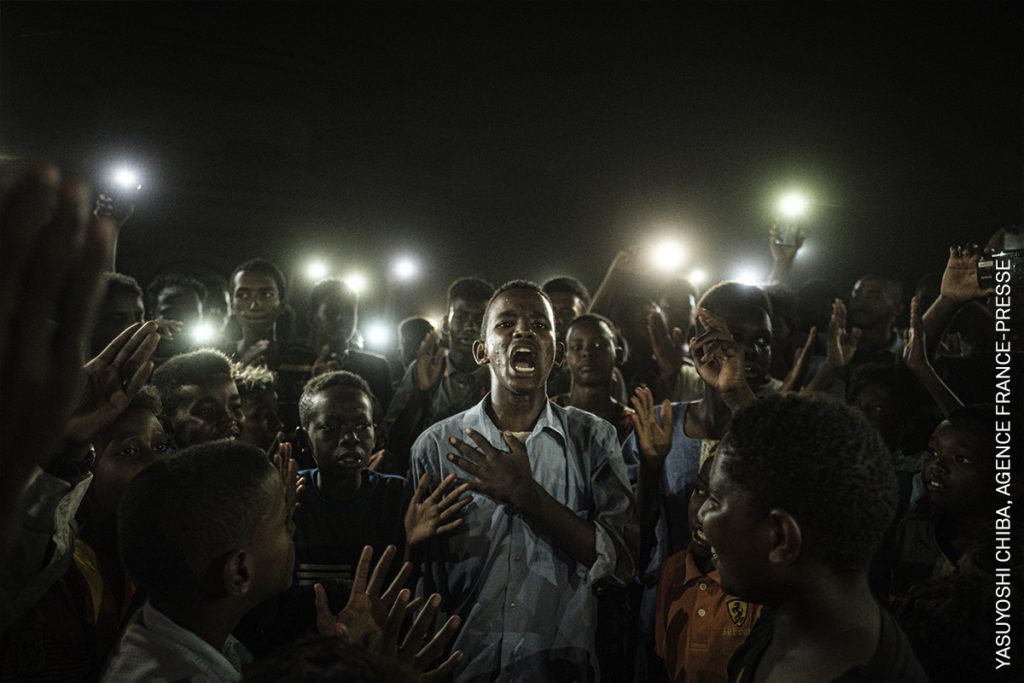 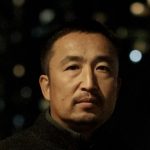 Yasuyoshi Chiba            After studying photography at Musashino Art University in Tokyo, Chiba started working as a staff photographer for Asahi Shimbun. He became a freelance photographer and moved to Kenya in 2007, and then joined AFP in Brazil in 2011. Image credit: Shiggy Yoshida

Straight Voice: Protests in Sudan began in December 2018 and spread rapidly throughout the country. By April 2019, protesters were staging a sit-in close to army headquarters in the capital Khartoum, and demanding an end to the 30-year rule of dictator Omar al-Bashir. On 11 April, al-Bashir was removed from office in a military coup, and a transitional military government was established. Protests continued, calling for power to be handed to civilian groups. On 3 June, government forces opened fire on unarmed protesters. Scores of people were killed and many more subject to further violence. Three days later the African Union suspended Sudan, in the midst of widespread international condemnation of the attack. The authorities sought to defuse protests by imposing blackouts and shutting down the internet. Protesters communicated by text message, word of mouth and using megaphones, and resistance to military rule continued. Despite another severe crackdown on 30 June, the pro-democracy movement was eventually successful in signing a power-sharing agreement with the military, on 17 August. 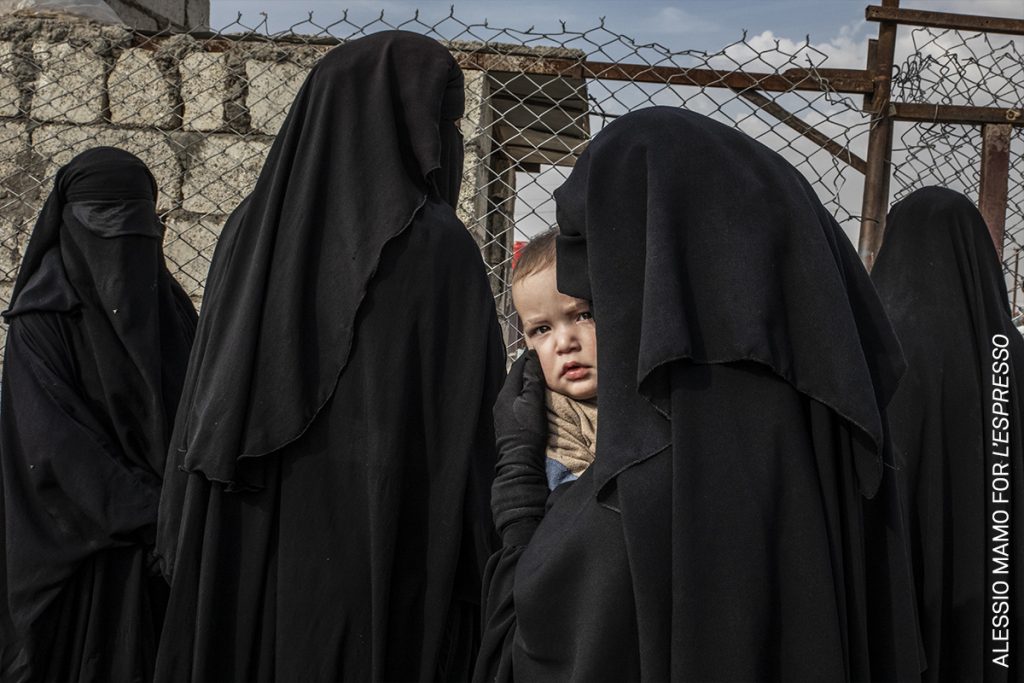 A Russian woman carries her child while queuing at a makeshift hospital in ‘The Annex’, at Al-Hol Refugee Camp in northern Syria, on 14 November 2019. Photograph/Alessio Mamo 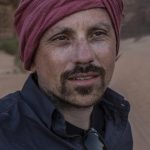 Alessio Mamo is a Sicilian photographer based in Catania, Italy and a regular contributor for The Guardian and L’Espresso. Mamo covers issues related to refugee displacement and migration starting in Sicily, and then extending to countries in the Middle East. Image credit: Dina Baslan

Russian Mother and her Child at Al-Hol Refugee Camp: Al-Hol was home to tens of thousands of refugees, many of them the wives and children of suspected Islamic State group (IS) fighters displaced from former IS-held territory in northeastern Syria. Many women played an important role in IS recruitment via social media and jihadist forums. ‘The Annex’ housed women of foreign origin. Western countries generally hesitated to repatriate former IS members, citing security risks, although some did accept orphaned children. As the campaign against IS grew more successful, al-Hol, which was controlled by the US-backed Syrian Democratic Forces (SDF), overfilled and conditions grew squalid, with hundreds of people, particularly children, dying of disease and malnutrition. In early October, US president Donald Trump ordered the withdrawal of US troops from the Syrian-Turkish border area, where they had been supporting the SDF, ahead of a Turkish military incursion into the area. The SDF suspended counter-IS operations to focus on the Turkish incursion. Unrest broke out at al-Hol and there were reports of escapes, as people sensed SDF control over the camp was weakening.

A man assists a fellow protester, who became unconscious after government forces fired tear gas and smoke grenades during a protest in Baghdad, Iraq, on 15 November. Photograph/Ricardo García Vilanova 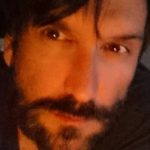 Ricardo Garcia Vilanova has been a freelance photographer for over 19 years. Specializing in conflict zones and humanitarian crises, he has reported on the Arab Spring and ISIS conflicts. His photographs have been published in Life, Newsweek, Time, The New York Times, The Washington Post, The Wall Street Journal, The Times, and many more. Image credit: Ricardo Garcia Vilanova

Unconscious Protester during the Tishreen Revolution: Protests began in Iraq on 1 October, directed at the government’s failure to deal with unemployment, provide basic public services and end corruption. This escalated into calls to oust the administration and for an overhaul of the political system imposed by the US in 2003 after the invasion that toppled Saddam Hussein. Protesters claimed that a small elite were able to keep a grip on political power through a quota system based on sectarian and ethnic identity. Iran was also targeted for its close links with Iraq’s elite and what was seen as its complicity in the administration’s failures. Government forces acted with exceptional severity, firing live rounds and, according to eyewitness reports given to Amnesty International, shooting tear-gas canisters and smoke grenades directly at protesters. A statement released by the UN on 29 November said that at least 354 people had been killed and 8,104 injured since the protests began. The protests continued into the new year.