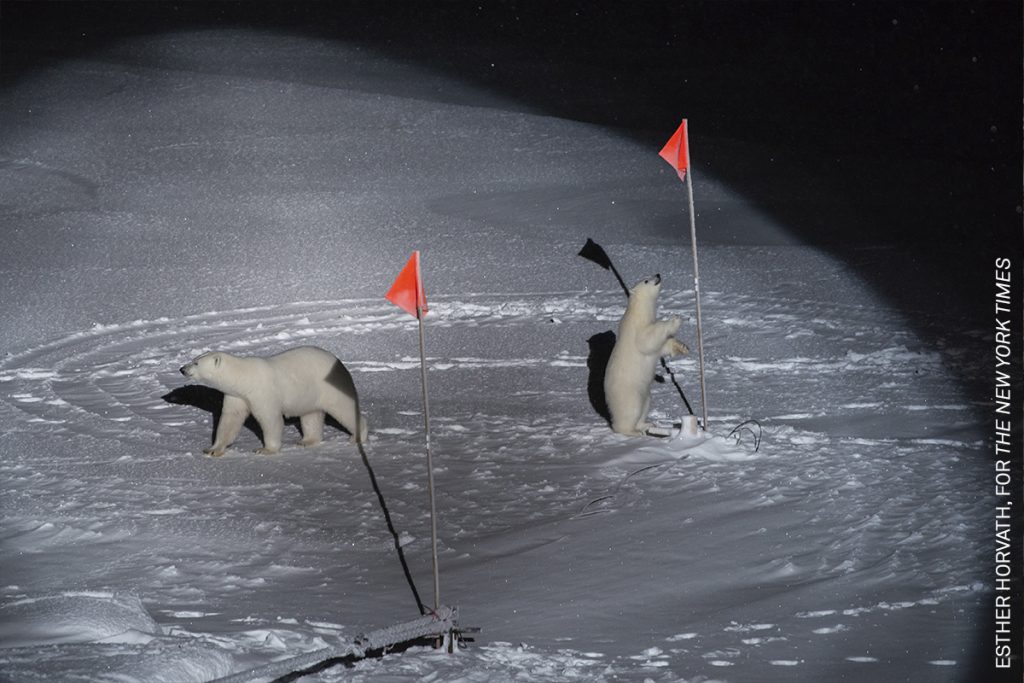 A polar bear and her cub come close to equipment placed by scientists from Polarstern, a ship that is part of a scientific expedition investigating the consequences of Arctic climate change, in the central Arctic Ocean, on 10 October 2019. photograph/Esther Horvath 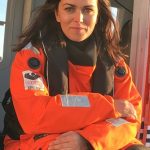 Esther Horvath is a documentary photographer, Fellow at the International League of Conservation Photographers, member of The Photo Society and a science photographer for Alfred Wegener Institute, Helmholtz Centre for Polar and Marine Research in Germany. Image credit: Harold Jager

Polar Bear and her Cub: The Arctic harbors some of the fastest-retreating sea ice on the planet and has twice the average global heating rate. This will strongly affect the global climate in terms of increasing temperatures and sea-level rise, yet Arctic climate system processes are poorly represented in climate models. This is because until now scientific missions have not been able to penetrate the region during the six-month long night of the Arctic winter. The Polarstern is the central ship of an expedition run by the Multidisciplinary drifting Observatory for the Study of Arctic Climate (MOSAiC), especially designed to withstand extremely low temperatures and break through thicker ice, enabling around 100 researchers and crew to work all year round. MOSAiC data on the atmosphere, ocean, sea ice, ecosystem and biogeochemistry will be fed into global climate models. 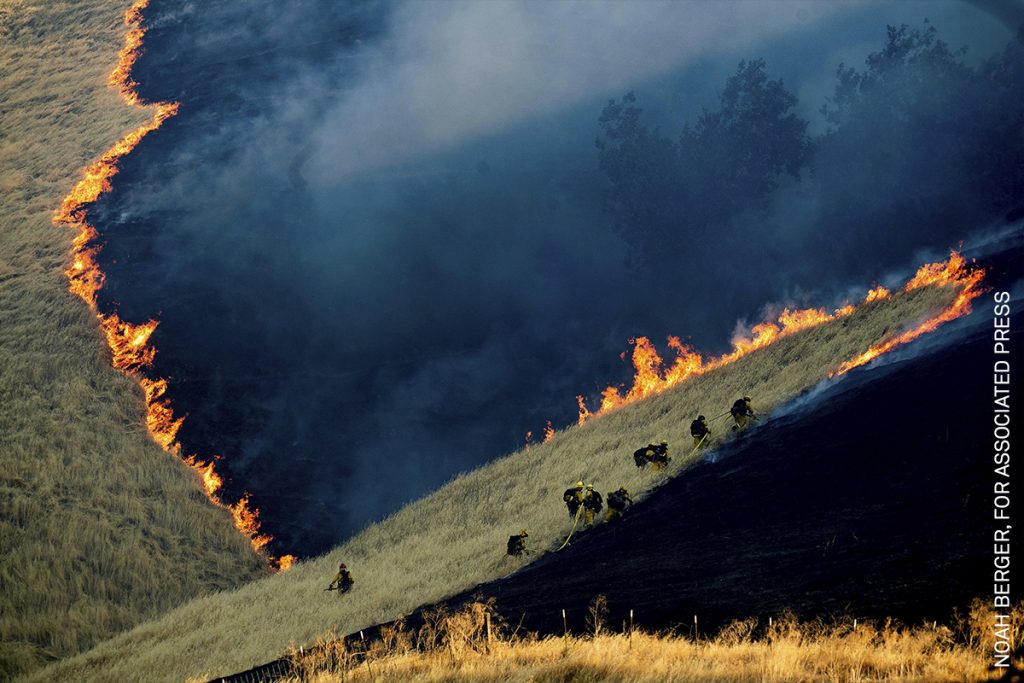 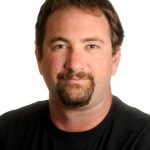 Battling the Marsh Fire: The Marsh Complex Fire began near Marsh Creek Road in Contra Costa County on 3 August and burned until 7 August, laying waste to more than 300 hectares of land. Roughly 81,000 hectares (200,000 acres) burned statewide in California in 2019, compared with 765,000 in 2018, and 525,000 in 2017. California usually has a fire season in the fall, when strong winds blow across forests and brushland that has dried out from summer heat and not yet experienced winter rains. Many scientists attributed the early fires to the climate crisis, saying that a warmer atmosphere means that the vegetation is drying out more than it did a century ago. Old, faulty equipment belonging to the state’s largest power companies has also been blamed for sparking fires in windy weather. President Donald Trump accused the Californian state government of bad forest management, saying that was the cause of the fires. 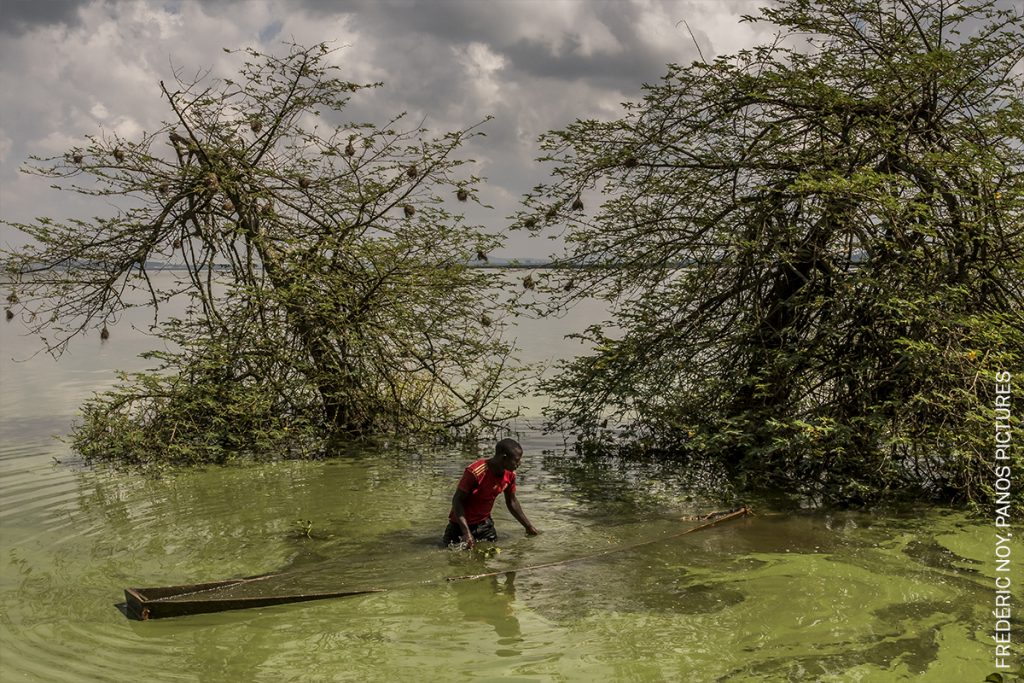 A fisherman who works illegally on Lake Victoria refloats the boat that he keeps hidden all day, before going fishing with a colleague, in Murchison Bay, Uganda, on 9 January 2019. Photograph/Frédéric Noy 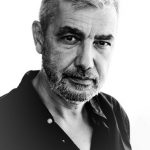 Frédéric Noy                 Formerly based in Tanzania, Nigeria, Sudan, Chad and Uganda, much of his work focuses on the history, beliefs and traditions that are in flux due to the changing circumstances in these countries. A proponent of ‘slow journalism’, he conducts long-term and personal photographic projects, and has produced several multimedia projects. Image credit: Chris Dennis Rosenberg

Lake Victoria Dying: Lake Victoria, nearly 60,000 square kilometers in area, harbors immense natural resources but is threatened by industrial, wastewater and agricultural pollution, over-harvesting of resources, land clearance around the banks, and decreased rainfall due to global heating. This impacts both biodiversity and the livelihoods of more than 30 million people in Uganda, Kenya and Tanzania. Fishing alone economically supports more than 3 million people, according to the International Union for the Conservation of Nature, yet more than 70% of fish endemic to the lake are threatened with extinction. Small-scale fishing is illegal because the equipment used catches immature fish before they can breed, but poorer fishers cannot afford the necessary nets nor the larger boats that can take them beyond the worst pollution around the shoreline.