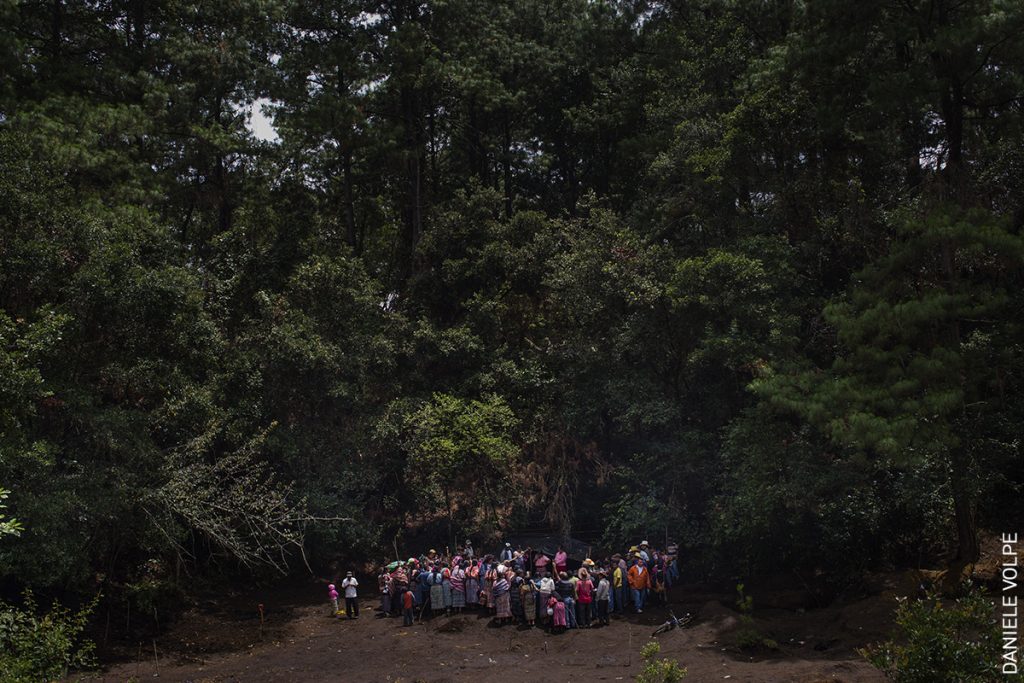 Daniele Volpe, born in Italy in 1981, is a documentary photographer based in Guatemala. Volpe’s images are chiefly aimed at exploring issues related to human rights and social justice in Latin American countries. Volpe also published Under the Same Sky, a book of photographs with accompanying text about the unfolding events around the development of gold mining in Guatemala’s western highlands, with special attention to portraying community opposition to the mining project. Photo credit: Emanuele Satolli

Ixil Genocide: During the 1980s, in the midst of the 1960–1996 Guatemalan Civil War, the state-backed military identified all indigenous Maya peoples as guerilla supporters. The Ixil Maya community, who live near the Sierra de los Cuchumatanes in western Guatemala, were the targets of a genocide operation. The Ixil were subject to systematic rape, forced displacement, starvation and massacre. By 1996, some 7,000 Ixil had been killed. The violence was particularly extreme from 1979–1985 as successive administrations and the military pursued a scorched-earth policy in the region. A United Nations truth commission later revealed that between 70% and 90% of Ixil villages had been burned to the ground and some 60% of the population forced to flee to the mountains. Victims of the military were often buried in clandestine mass graves, while many survivors in mountain areas, isolated from health care, died from malnutrition and treatable diseases. In 2013, Jose Efraín Ríos Montt, who ruled Guatemala in 1982 and 1983, was tried for genocide and crimes against humanity. Although found guilty, he was acquitted at a second trial—which cited procedural errors unrelated to any of the testimony—and died unpunished five years later. Nevertheless, the trial was seen as a milestone in holding those responsible for the atrocities to account, and as a contribution to an accurate account of what happened in the civil war. Today, many survivors are still searching for the remains of their dead relatives. Exhumations play an important role in gathering evidence of civilian massacres and in reconciling survivors with their grief, as they are at last able to give their loved ones a dignified burial.

The photographer has lived in Guatemala for 13 years and worked as a volunteer with the Recuperation of Historical Memory project, listening to the stories of Guatemalan people. He sees this photo project as his contribution to fortifying the historical memory of the country, as a tool for Guatemalan people so they do not forget. 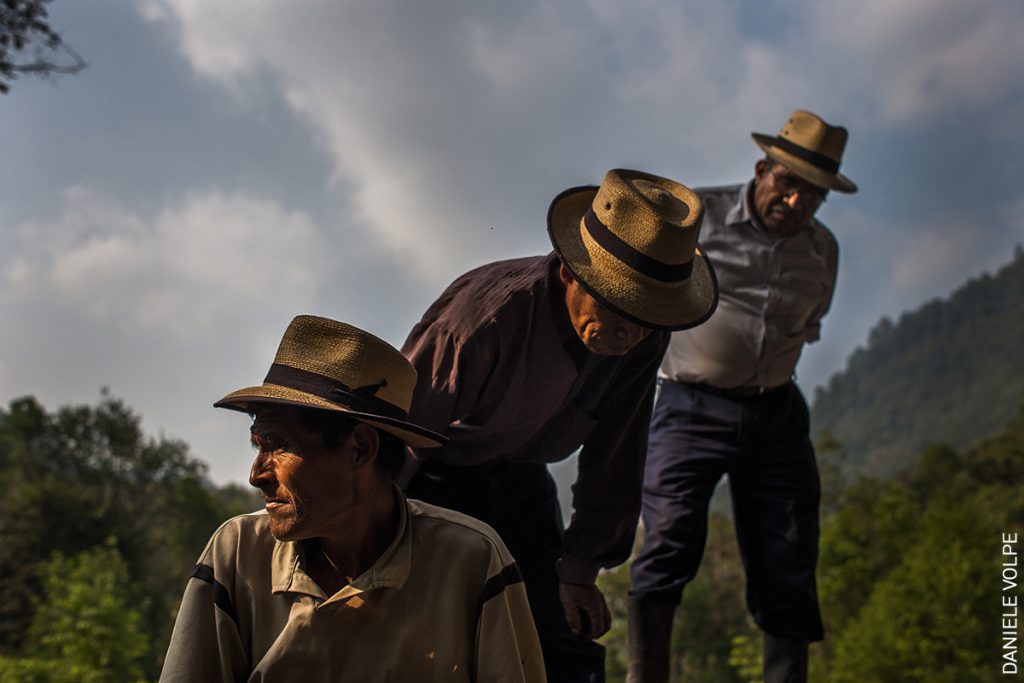 Members of the local community attend an exhumation in Xe’Xuxcap, Guatemala, on 16 April 2013. Photograph/Daniele Volpe 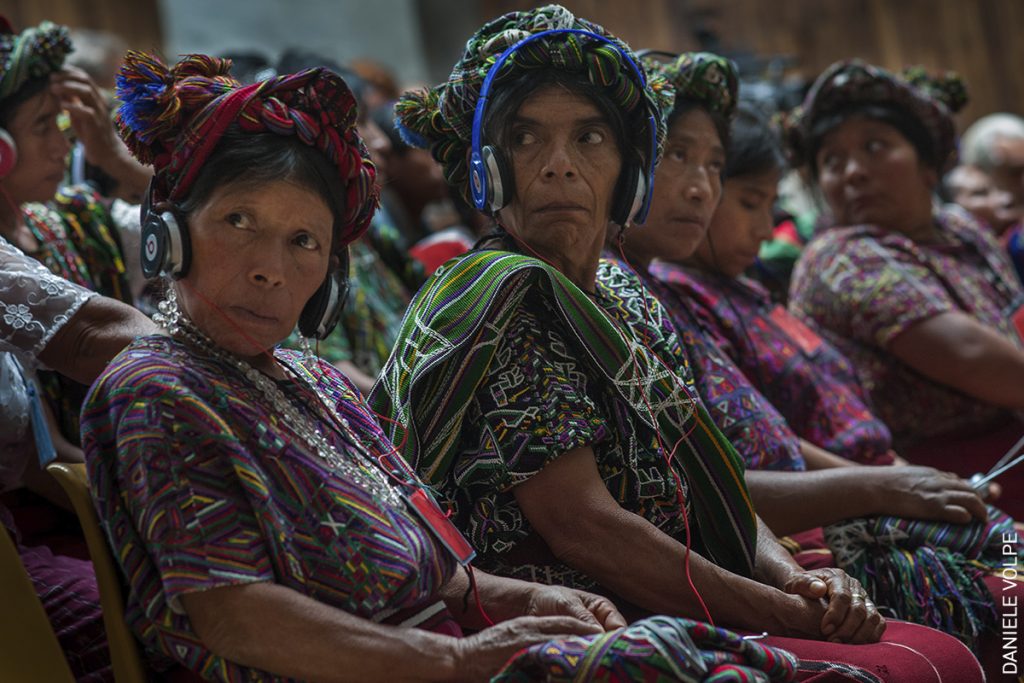 Ixil women listen to the translation from Spanish into their native language, during the genocide trial against Ríos Montt, in Guatemala City, on 9 April 2013. Photograph/Daniele Volpe 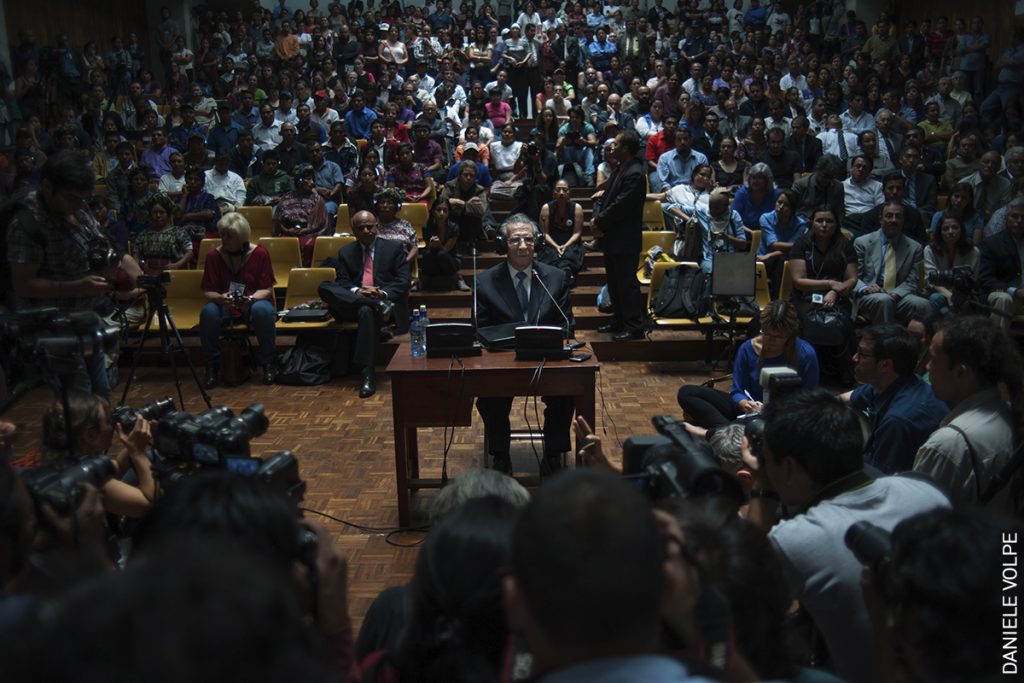 Former dictator Efraín Ríos Montt testifies during his trial for genocide and crimes against humanity, in Guatemala City, on 9 May 2013. Photograph/Daniele Volpe 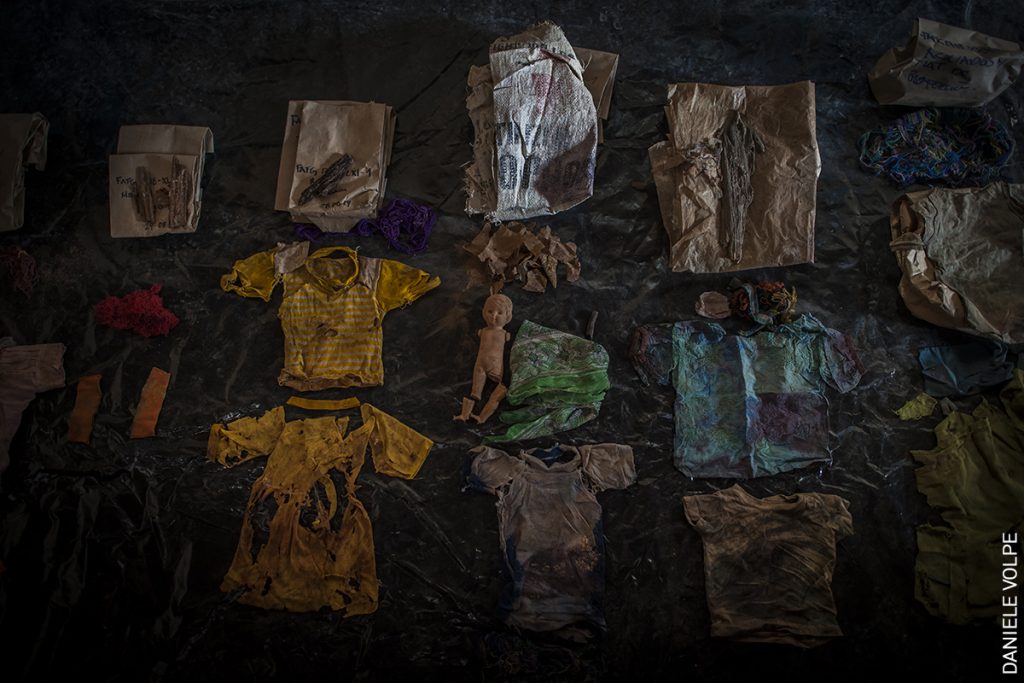 Clothes and personal items found in the graves of a clandestine cemetery in Santa Avelina, Cotzál, are exhibited in the hope that relatives will recognize them, so that remains can be identified and buried in a named grave. 29 November 2017. Photograph/Daniele Volpe 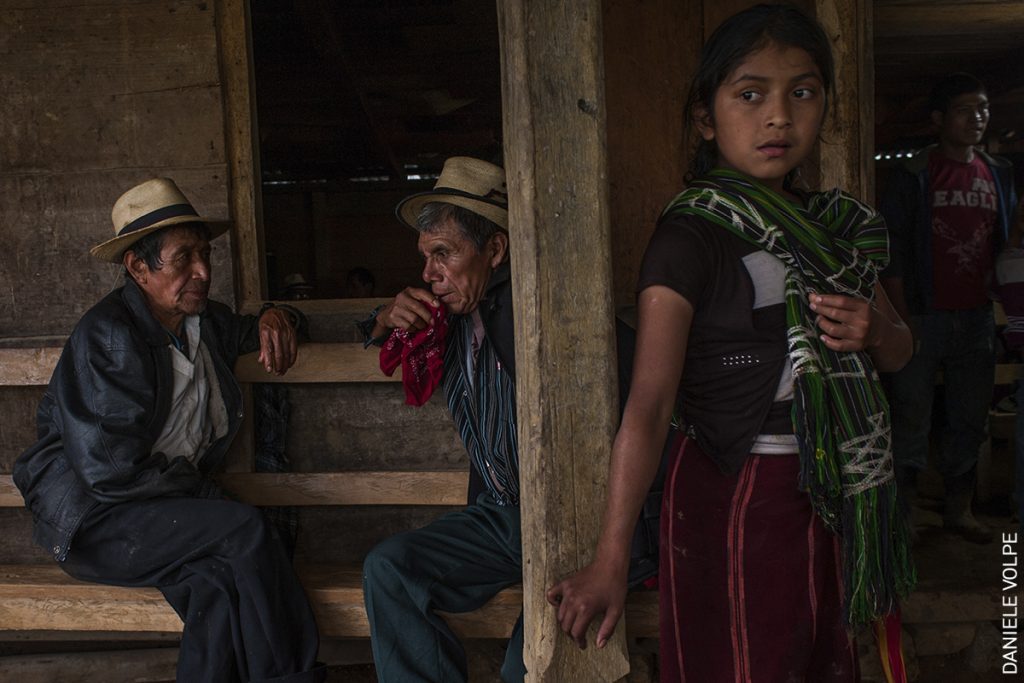 Relatives await the burial of remains of victims murdered by the military in 1986, recovered in an exhumation in Xecol, Chajul, Guatemala, on 20 June 2013. Photograph/Daniele Volpe 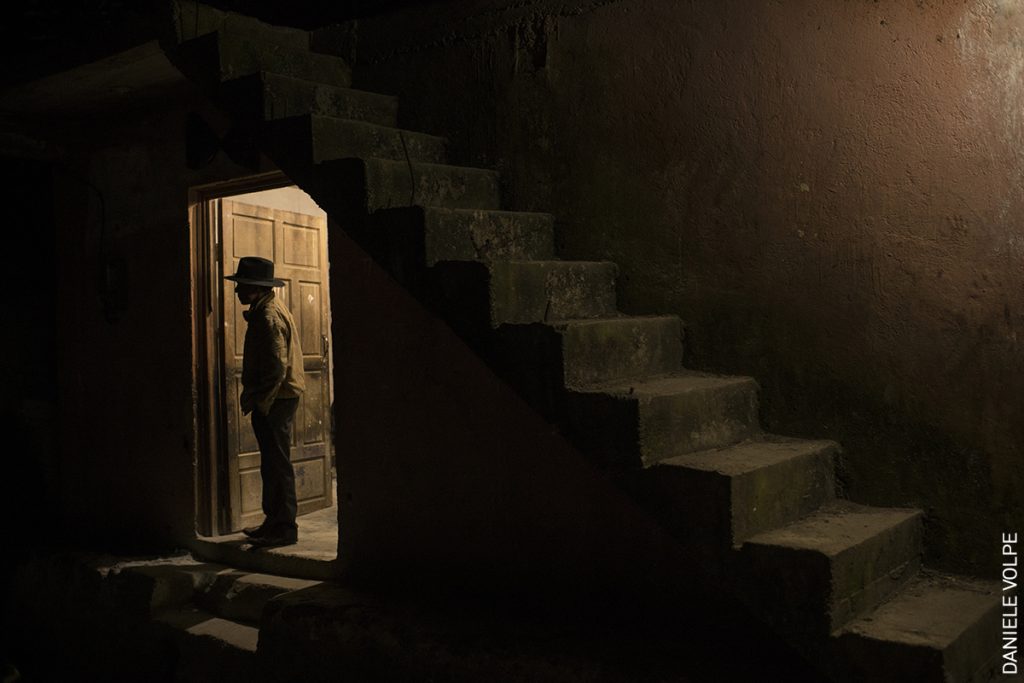 A man looks out from the house of Juan Gomez Sambrano, while inside relatives take part in a wake in his honor, on 27 November 2019. Juan Gomez was killed by the military during the massacre of the village of Chisis in Cotzál, Guatemala in February 1982. His body was exhumed by forensic anthropologists in 2013. Photograph/Daniele Volpe 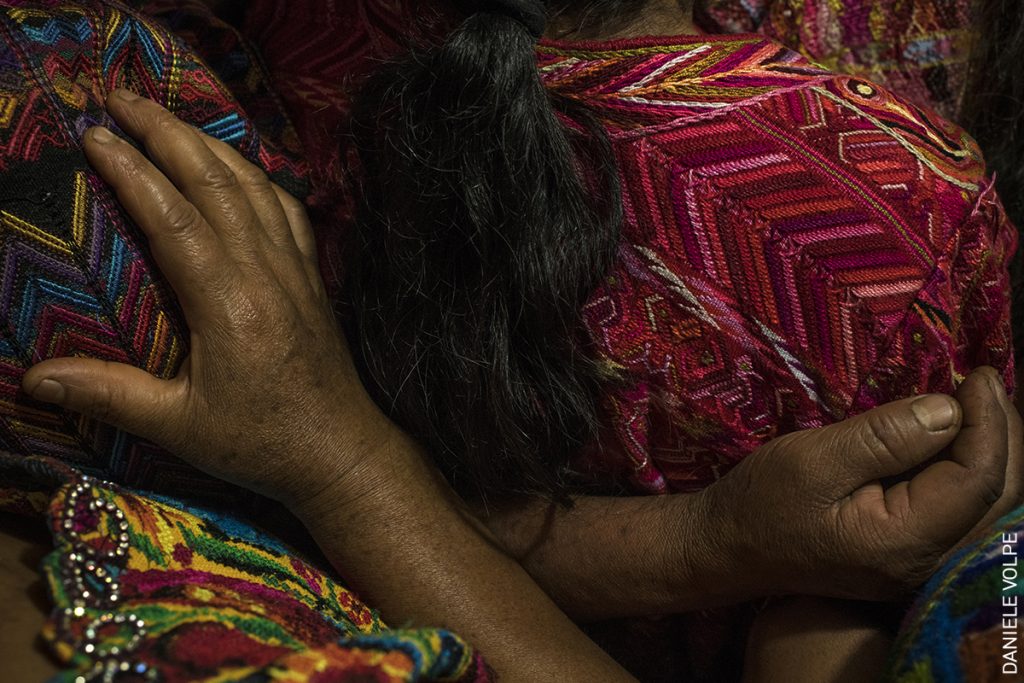 Relatives of the Cruz Pacheco family take part in a wake in honor of nine victims of the massacre of the village of Chisis in Cotzál, Guatemala in February 1982, on 27 November 2019. Photograph/Daniele Volpe