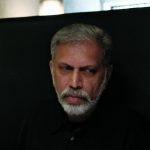 Shantanu Sheorey Director of The One School Goa, he is also one of India’s rare legends in commercial, fashion, advertising photography and ad filmmaking. Some of the best remembered campaigns include the original ‘Taste the Thunder’ campaign with Salman Khan, ‘Only Vimal’ with Viv Richards, Ravi Shastri and Allan Border, and the famous ‘Garden Vareli’.

“The Wedding Video Awards is a good platform to encourage filmmakers. The entries were good but the films followed a typical format—the storytelling, the camera work, and the look of the film. I understand that there are certain client requirements that you need to meet, but sometimes, you have to break the rules to create something unique.” 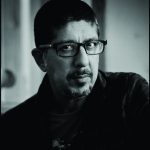 Vijay Benegal              His career as an independent sound engineer has spanned close to three decades, where he has recorded for artists such as Ustad Zakir Hussain, Shankar Mahadevan, Indus Creed, Shankar-Ehsaan-Loy, as well as worked on albums and background scores for Dil Chahta Hai, Lakshya, Zindagi Na Milegi Dobara and others.

“It is very heartening to observe the advance in audio quality for these video productions. The entries for the awards spanned the quality spectrum with some very well considered sound design for some. It has been a pleasure to be associated with the Wedding Video Awards 2019.” 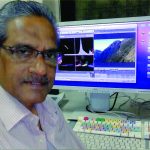 Keshav Naidu            His editing career spans for over four decades, during which he has worked on some of the most legendary Bollywood movies like Chandni, Darr, and Dilwale Dulhaniya Le Jayenge. He has also received the prestigious Filmfare Awards as Best Editor for Vijeta.

“I felt the Best Edited Wedding Video category had good entries, each of them had their own style and a rationale behind the edit, to create a compelling narration. A few of the nominees had incredible timing and syncs, and the events were coherently weaved together.” 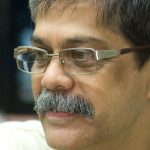 Milind Ketkar           He is amongst the leading wedding photographers and filmmakers in the country today. He was also known as one of India’s foremost commercial photographers, especially for stock photography. Mr. Ketkar has also created images for the bestselling novel Maximum City by Suketu Mehta.

“Rooted Together stood out amongst the top nominees because of their unique style of storytelling and its simplicity. But I noticed that a few films were constantly focus hunting, which distracts viewers attention from the story. If that is managed carefully, the impact will certainly be much stronger.” 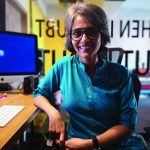 Geeta Singh             An editor, with a career spanning more than two decades, she has edited several feature films and TV shows such as Listen Amaya, Wheels for the BBC, Living with KKR and the Lions of Gir for the Discovery Channel. Her documentary, A Green Agony, was nominated for the Panda Award.

“The beauty of a story lies not in the story alone, but also in the way it’s told. While judging the films, I was exactly looking for that, a well-told story; through its rhythm and its visual grammar. The winning film, Hiba + Akbar employed the technique of cutting back and forth from childhood to the present day, indeed made the edit stand out.” Deepshikha Bhatnagar Her career as a television director spans over a decade, where she has specialised in writing and direction for lifestyle and non-fiction programs. Some of her works include Chakh Le India, Musafir Hoon Yaaron, Kingfisher Calendar Hunt (season 3), and Band Baajaa Bride with Sabyasachi (season 1 to 8).

“Sometimes it’s not about the best shots, colours or frames, but the emotions the films evoke, and what it leaves you behind with. The key is simplicity and honestly, always. Also, make sure there’s one stand-out element about your film—the shooting style, or the narration. Let the film have a personality or identity, which will leave an impression on viewers.” 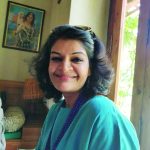 Meghna Sen            She is a renowned film editor who has worked on multiple award-winning projects such as Omkara, Kaminey, Daawat-e-Ishq, Leila, Sonchiriya, and Udta Punjab. Ms. Sen has been a frequent collaborator with directors like Vishal Bhardwaj, Abhishek Chaubey, and Rakesh Omprakash Mehra.

“The idea of wedding films has changed drastically. When I saw the nominees and the category winners, I was extremely surprised. To get a technically good shot is easy, but it’s difficult to build the characters and the story in such an intimate manner. I felt that each of these movies are like short films on their own.” 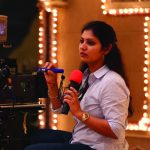 “I think each of the films had a visual flavour of its own, and each told a beautiful story with its images. To Kashmir, with Love stood out for me because it was able to evoke romance using compelling visuals, and the scenes of the location were woven beautifully with the simple, traditional nuptial. Wedding films have begun to add a little bit of cinema in everyone’s lives.” 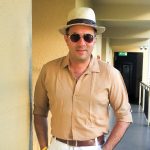 PK Suri                       Founder of the PK Suri Worldwide Studios, he is one of the well-known names in the wedding photography and filmmaking industry, with a career spanning almost two decades. Some of his ardent patrons are Amrita Arora, Shakeel Ladak, Emraan Hashmi, Ranvijay and the families of Tribhivandas Bhimji Zaveri.

“Talent and art recognition in the form of wedding films is a reality like never before. The simplicity of the production accompanied by the seamless and elegant cinematography, and most importantly, the storytelling by the editor was a visual delight.” 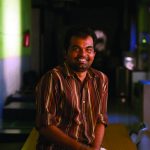 Rithesh Rai         Over the years, Mr. Rai has worked as a director, editor, and is currently the VFX Supervisor at After Studios, a post production studio in the U.K.. He has also worked on over 500 ad films, which includes clients such as TATA, Lakme, Lux, Ponds, Dove, and Maybelline, amongst others.

“Marriages are all about varied emotions, happiness, celebrations, which each of the movies were able to capture and execute well. In the Short Wedding Highlights category, where the film had to be below 3 minutes, I was quite surprised to see how efficiently they were able to convey the story.” 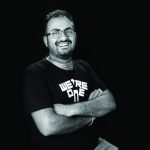 Kshitij Sheetak         A photographer and filmmaker, he has worked with brands such as Outlook Traveller, Apollo Group, Mahindra, Isuzu, Havells and YRF. In his decade long career, he has also created wedding films, and is one of the Founders of Shoot Guru, an institution that aims at nurturing aspiring photography and filmmaking enthusiasts.

“Wedding films are all about telling stories that last a lifetime. We, as filmmakers, have a responsibility to capture these memories with care and finesse, as it’s not just our film, but rather it’s the most important moment of someone’s life.”