With a list of Canon firsts and world’s firsts as per Canon own survey and research till dated 9th July 2020, the path-breaking Canon EOS R5 and EOS R6  raised the bar to unprecedented levels, proving Canon’s leadership in the mirrorless segment. 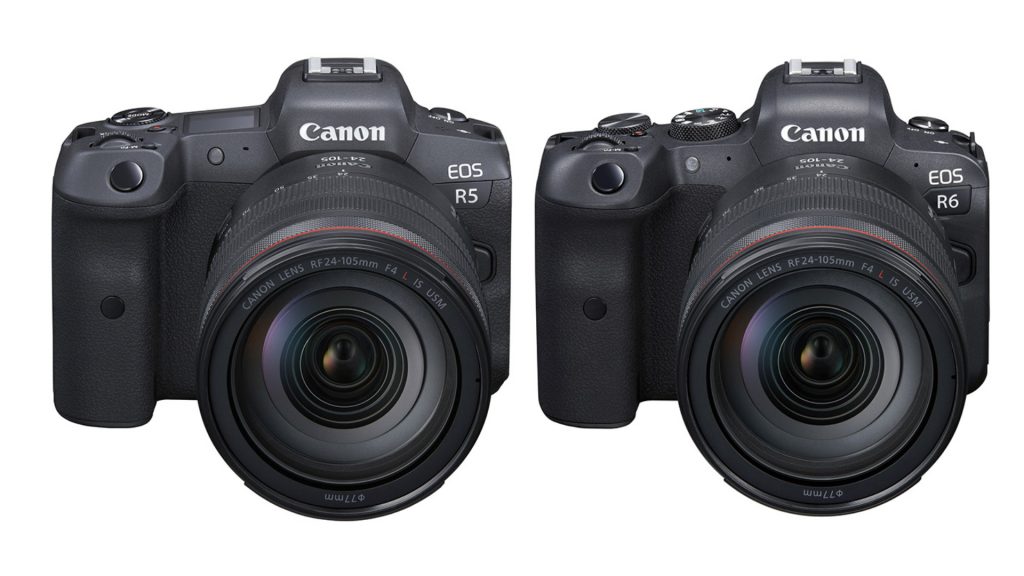 The Canon EOS R5 and EOS R6 are the significant new editions to the EOS R range, cementing Canon’s commitment to mirrorless cameras.

Canon’s legacy, with SLRs and then DSLRs, has been nothing short of brilliance. The EOS system (or Electro Optical System), introduced in 1987, was the very first to involve state-of-the-art technologies (also path breaking for its time) for autofocus, speed and exposure automation. It was the first time that the legendary EF (or Electro Focus) mount was used. In 2001, Canon released its first professional DSLR, the EOS-1D, and the first of its kind in the world.

Canon has always been on the lead worldwide since then, with its flagship EOD 1D X (the latest release being the Mark III) and EOS 5D series (the latest being the Mark IV) hailed as nothing short of iconic by photographers and filmmakers alike. For the high-end, demanding professional, the next wave by Canon was the launch of the brilliant full frame EOS R system and RF mount in October 2018. In March 2019, Canon released the full frame EOS R for advanced practitioners and enthusiasts. But what comes next establishes why Canon will always be the grandmaster, both cementing Canon’s leadership in the mirrorless segment, while affirming Canon’s continued commitment to professionals. 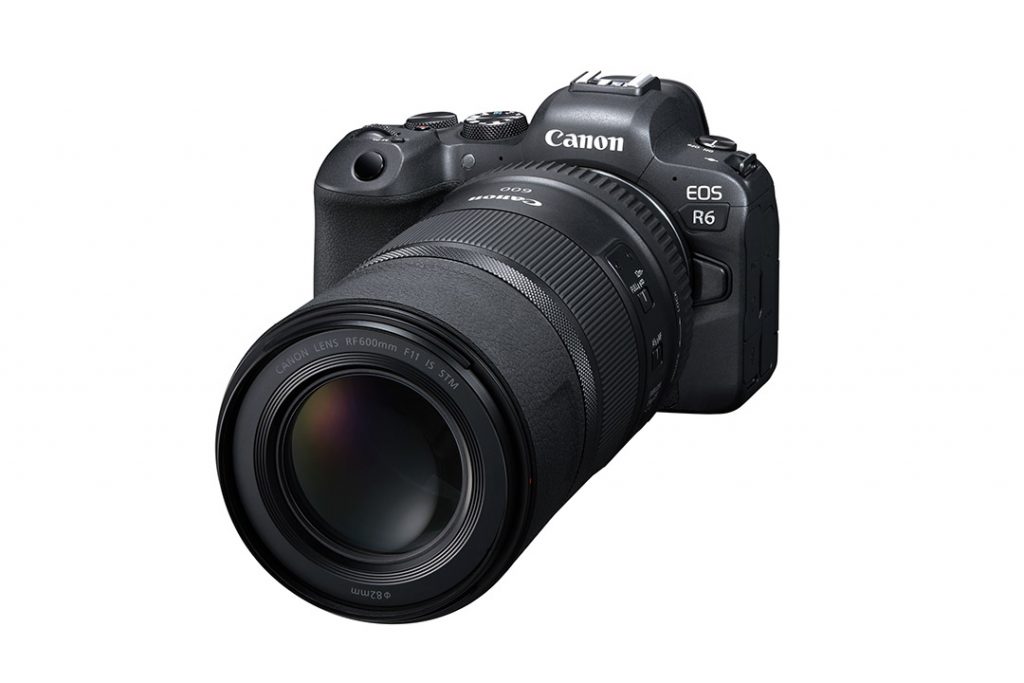 Effectively, the Canon EOS R5 and EOS R6, to end all debate about mirrorless cameras being the technology of the future, and clearly Canon intends the R5 and R6 to be the very last word in mirrorless cameras. The cameras unveiled today also brings a professional robustness and range to the EOS R series, along with a range of performance oriented lenses that provide all the optical and technological advantages of the RF mount.

The EOS R5 is the first of the next-generation Canon’s EOS R System. It comes with groundbreaking specifications, in both stills and video. The R5 features a 45 megapixel CMOS sensor supported by the powerful DIGIC X processor–a Canon first in mirrorless cameras. It also comes with a blazing continuous shooting speed of 20fps with its electronic shutter, and 12fps with its mechanical shutter–fastest when compared with a camera of the same league. 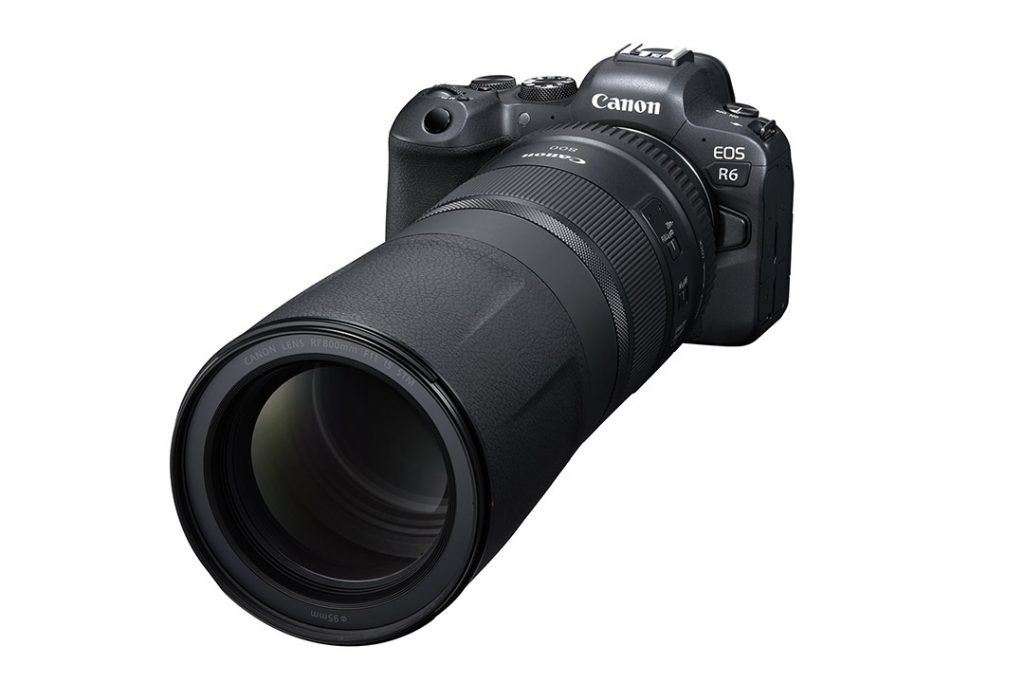 The compact body houses the ability to shoot 8K videos internally at up to 30fps – World’s first in interchangeable lens camera category – with full sensor width read out (without crop). This allows flexibility in post-processing or editing as you have access to four times the resolution of 4K—being able to crop in or pan within the frame and still deliver in 4K or FHD output. The camera also has the impressive ability of shooting 4K at 120fps high frame rate. For recordings in both 8K and 4K, 10-bit YCbCr 4:2:2 internal recording with Canon Log is supported. With the RAW movie feature first made available on the EOS-1DX Mark III in late 2019, the EOS R5 raises the bar. Image integrity has been given paramount importance.

The Auto Focus Performance opens a new world where photographers can venture into chaos and achieve that perfect shot. Canon’s famous, highly effective Dual Pixel CMOS AF II which is advance version of Dual Pixel CMOS AF will be available in every video resolution available in the EOS R5—including the RAW movie mode, and, with still photography too. Unlike other cameras that have a partial frame coverage of AF point, the EOS R5 features up to 6072 manually selectable focus positions with up to 1053 auto focus frame segments. The EOS R5 also comes with an improved AF algorithm not just brilliantly capable with human subjects, but also with detecting the body, face, and head, and eyes of both humans, and animal subjects such as dogs, cats and even birds. The Animal Detection AF in the EOS R5 is even capable of detecting erratic movements, enabling users to shoot a variety of fast-moving subjects with greater ease. 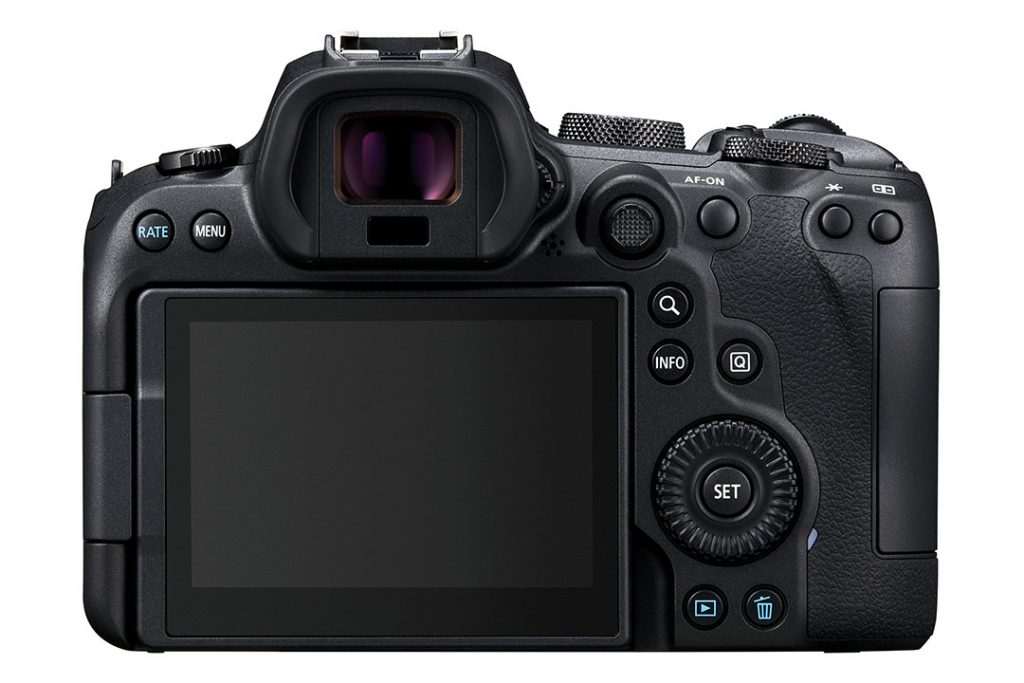 Ergonomically, both the Canon EOS R5 and EOS R6 are extremely well designed with three input dials (one main and two quick control), inherited from the 5D series also present with the joystick at the back.

Discover the splendour of low light with crystal clear clarity! The EOS R5 also features an In-Body Image Stabilization system which works in tandem with the Optical Image Stabilization in Canon lenses to effectively reduce camera-shake blur by, World’s best image stabilization up to 8 Stops. Users can now master challenging handheld shots when using lenses whether IS or Non IS version, or shooting in dimly-lit conditions with confidence. This same level of stabilization is also available in EOS R6. 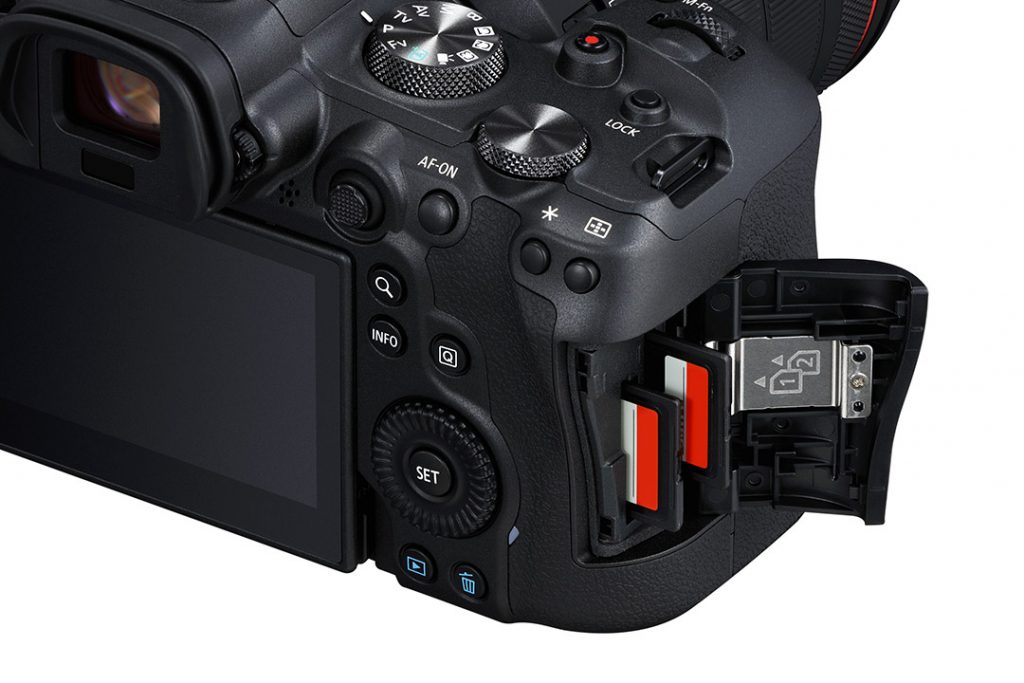 Operational Reliability is uncompromised in the EOS R5. It has Inherited the 5D series’ level of operational dust and moisture proof sealing and ruggedness. It comes with Dual slots (another first for Canon mirrorless) – for EOS R5 it is CFexpress card and SD memory card whereas in EOS R6 it is SD+SD card slots. The ultra-high transfer speeds of the CFexpress card is one of the key reasons for the camera’s ability to perform continuous shooting at up to 20fps and internal recordings of 8K RAW movies. A newly designed battery for more battery life, more images and videos in a single charge, and consequently, longer duration on-field with fewer battery changes. 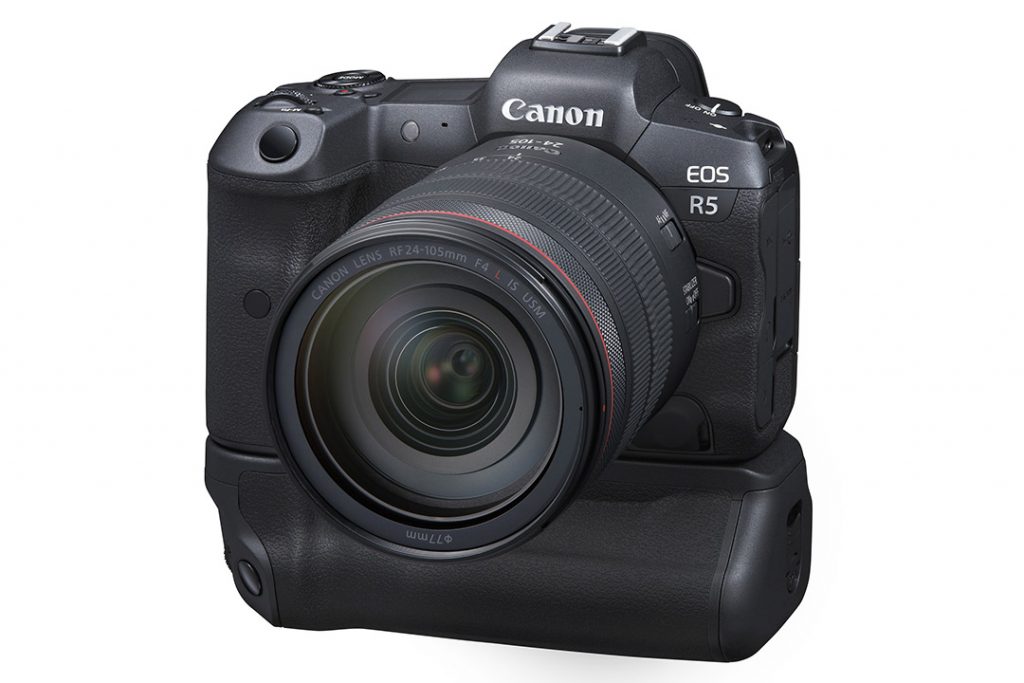 The Canon EOS R5 with the wireless file transmitter (WFT-R10). Launched with the EOS R5, the WFT-R10 extends the 5GHz compatible WiFi capabilities to much longer distances, while acting as a verticle battery grip, with an extra battery, shutter button and controls.

The Canon EOS R6 also comes with very unique features for professionals and advanced practitioners. It has the same 20.1 megapixel sensor as EOS 1DX Mark III CMOS sensor, with extreme capabilities and stunning realistic clarity, especially in low light. It supports 4K at 60p and FHD at 120p, with Canon Log, for spectacular slow motion or professional level video in any situation. It also features the same advanced AF of the EOS R5, with 100 frame coverage. Both cameras, the EOS R5 and R6 are highly weathersealed and feature pro-grade magnesium alloy bodies.

Part 2 of 2: K Madhavan Pillai, Chief Editor of Better Photography, speaks to Mr. C Sukumaran, Director- Consumer System Products and Imagining Communication Products, Canon India, about the very latest products by Canon, about his views on the Indian market, and on the future of photographic business in India, given the current market situation.