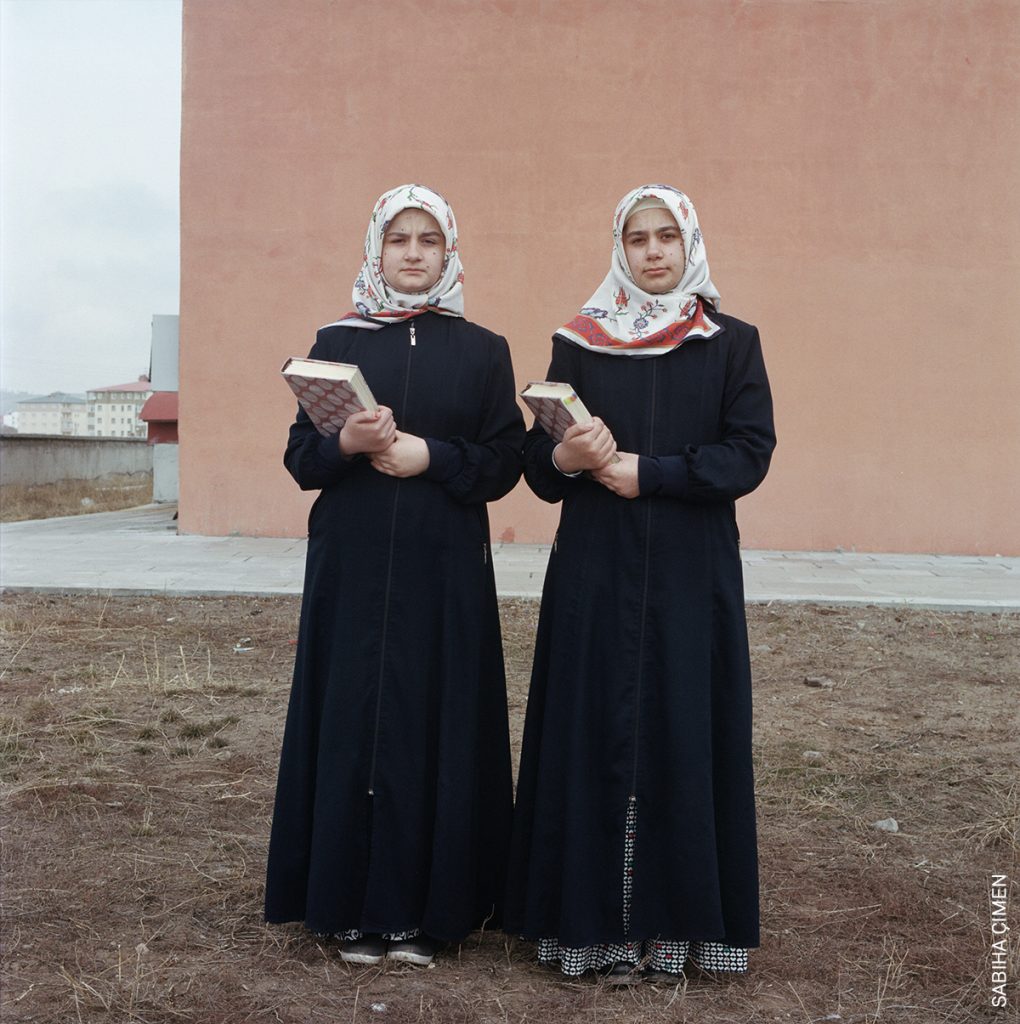 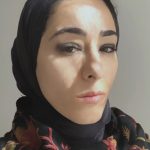 Sabiha Çimen was born in Istanbul, Turkey in 1986. She is a self-taught photographer, focusing on Islamic culture, portraiture and still life. Çimen graduated from Istanbul Bilgi University with a Bachelor’s Degree in International Trade and Finance, and a Masters Degree in Cultural Studies. Her Master’s​ thesis on subaltern studies, which includes her photo story titled ‘Turkey as a simulated country’, was published by Cambridge Scholars Publishing in 2019. Image credit: Jason Eskenazi

Hafız: Guardians of the Qur’an: Muslims who completely memorize the Qur’an are allowed to use the title ‘Hafız’ before their names. They believe that whoever memorizes the holy book and follows its teachings will be rewarded by Allah and will rise in status in Paradise. The practice dates back to the days when illiteracy was widespread and paper and vellum were prohibitively expensive, so hafızes were seen as guardians of the holy word, keeping it alive for future generations. The Qur’an has 6,236 verses, and memorizing is usually achieved by repetition and recitation. In Turkey, thousands of Qur’an schools exist for the purpose and many are attended by girls. Ranging in age from eight to 17 years old, most take three or four years to complete a task that requires discipline, devotion and focus. After graduating, most of these girls marry and have families but still retain the holy text word for word.

The photographer attended a Qur’an school with her twin sister when they were 12, and so is able to reveal a world unknown to many. Her project follows the daily lives of boarders at Qur’an schools and shows not only their emotions as they try to memorize the sacred texts, but how they retain the dreams of young women their age, as well as the rule-breaking practices and fun of school life when they are not studying. 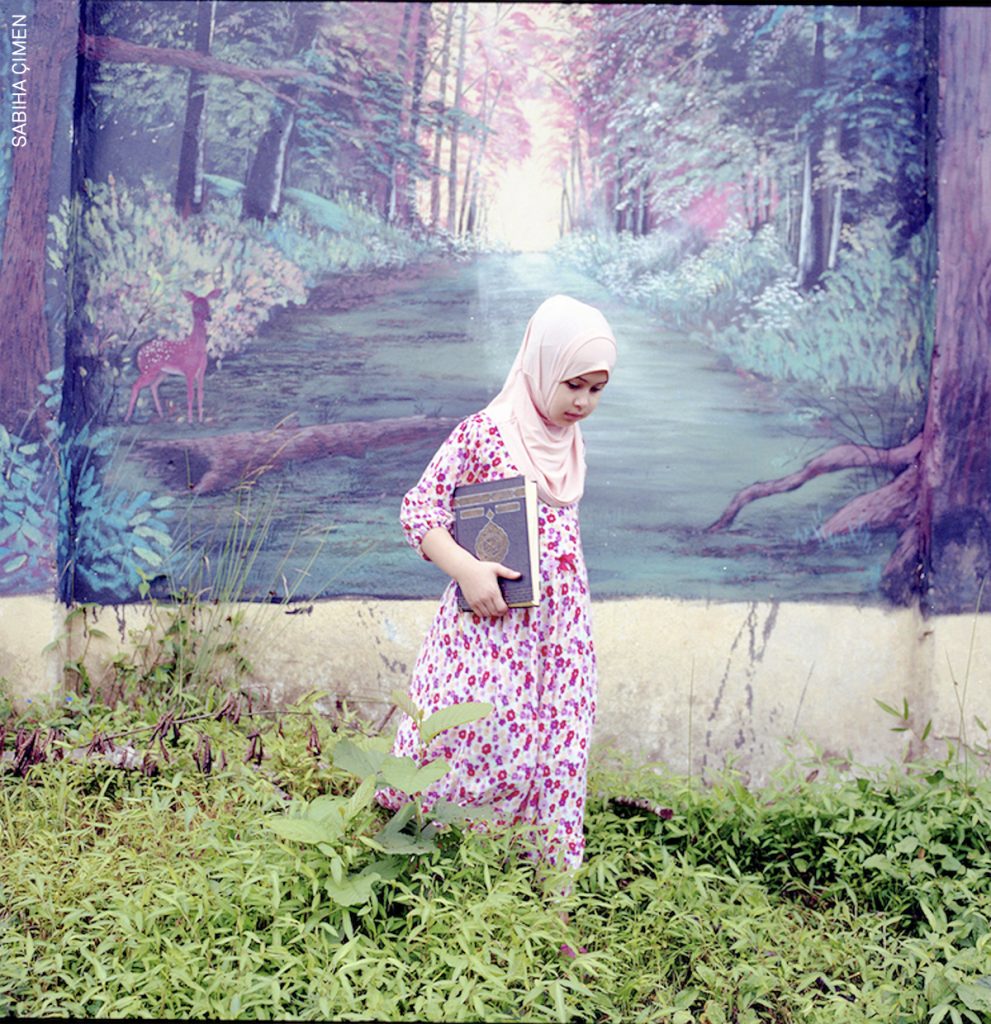 Elif (9), a new student at a Qur’an school in Rize, Turkey, wears a hijab for the first time, on 4 August 2018. Photograph/Sabiha Çimen 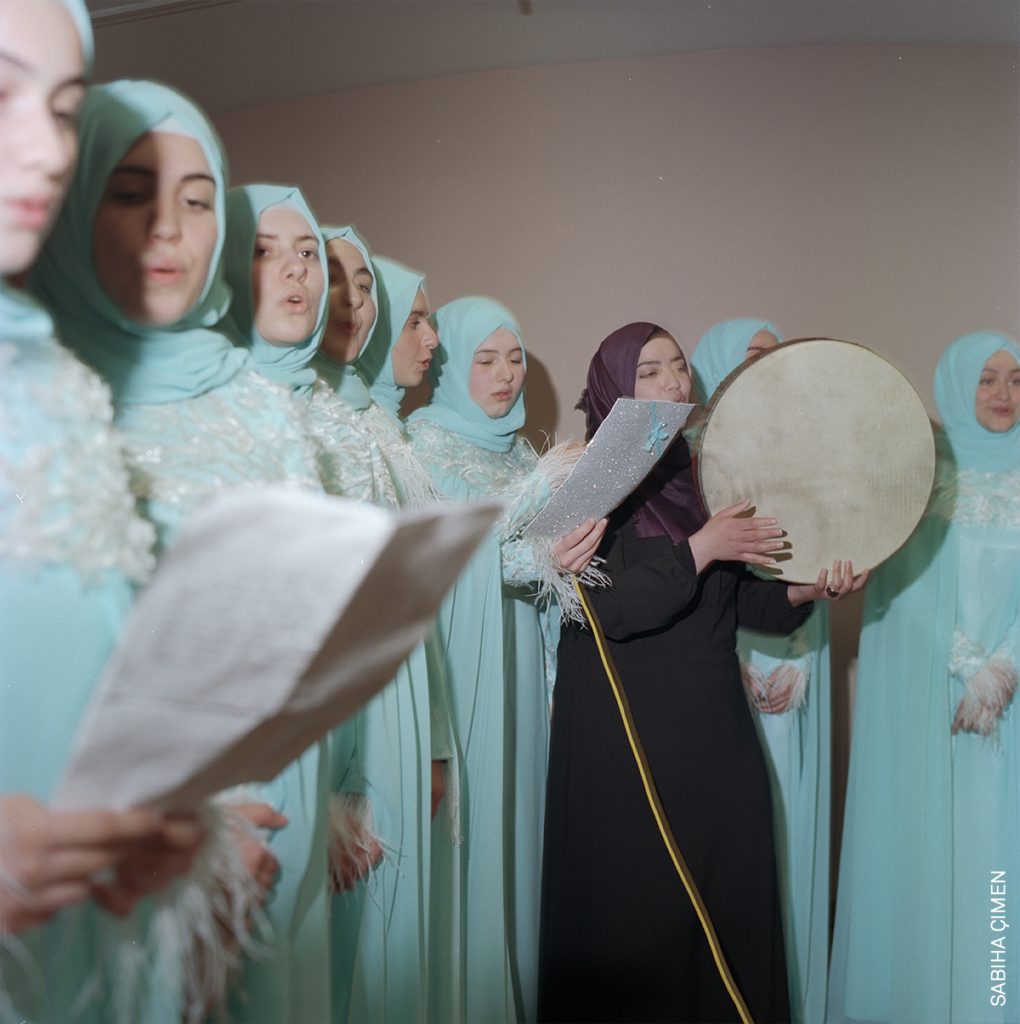 Students sing religious farewell songs, at their graduation ceremony from a Qur’an school in Istanbul, Turkey, on 23 April 2017. Photograph/Sabiha Çimen 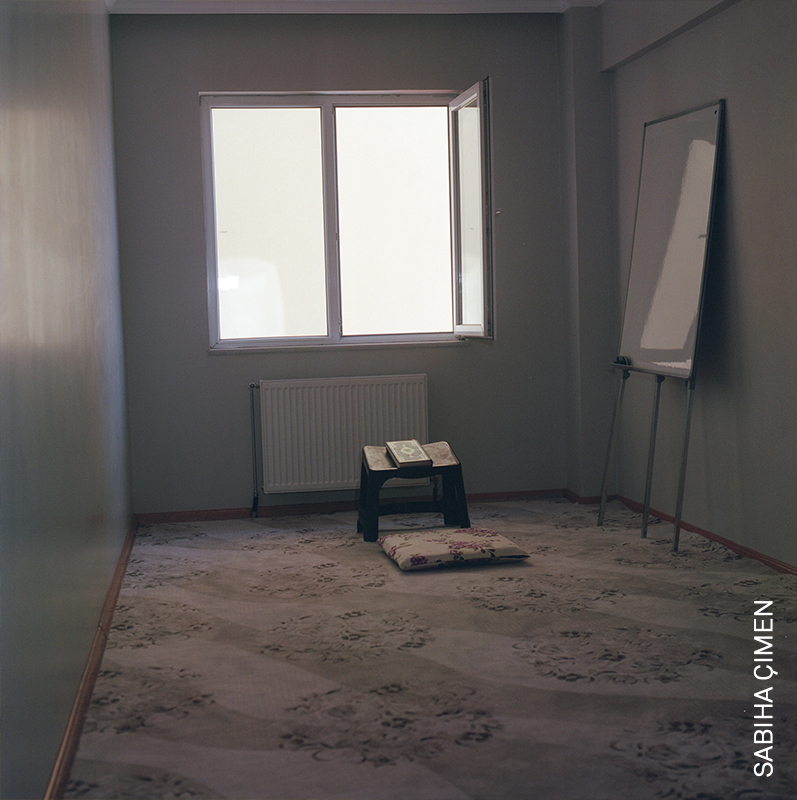 An isolation room, where students can memorize the holy texts without distraction, at a Qur’an school in Kars, Turkey,, on 7 October 2017. Photograph/Sabiha Çimen 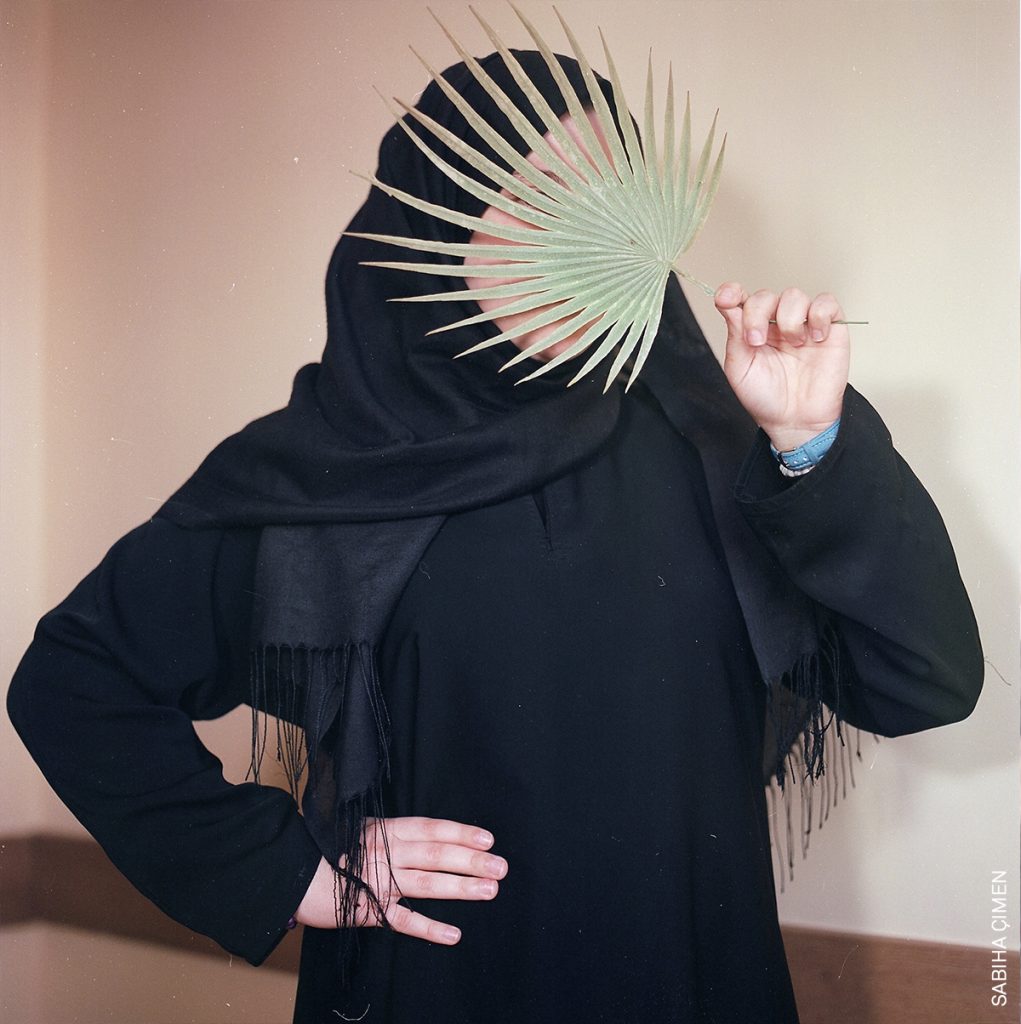 Kevser, who is shy, uses a palm leaf to mask her face, at a Qur’an school in Istanbul, Turkey, on 14 June 2018. Photograph/Sabiha Çimen 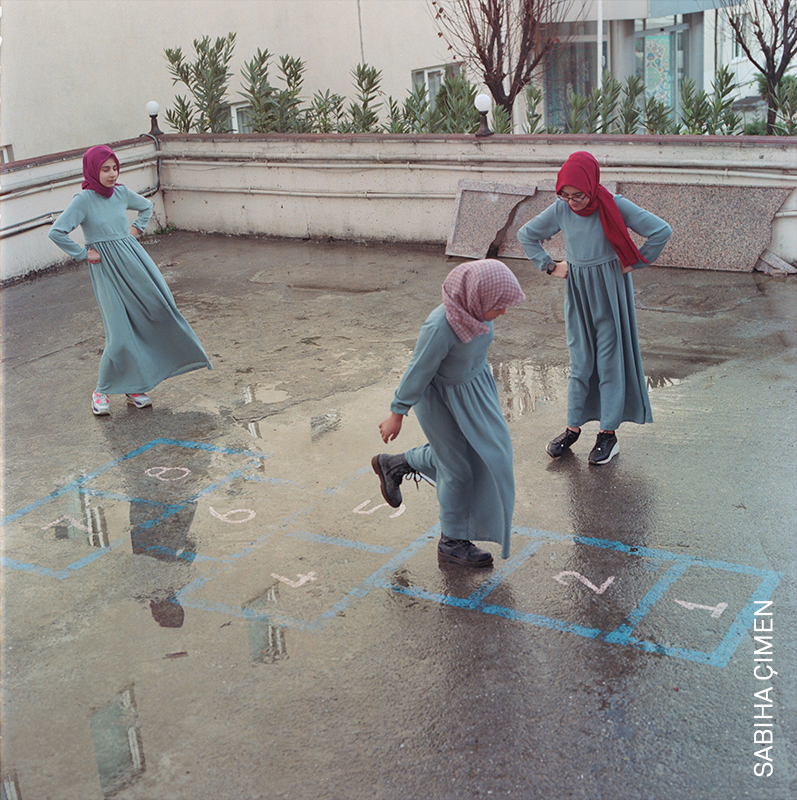 Students skip in the yard of a Qur’an school in Istanbul, Turkey, on 17 December 2019. Photograph/Sabiha Çimen 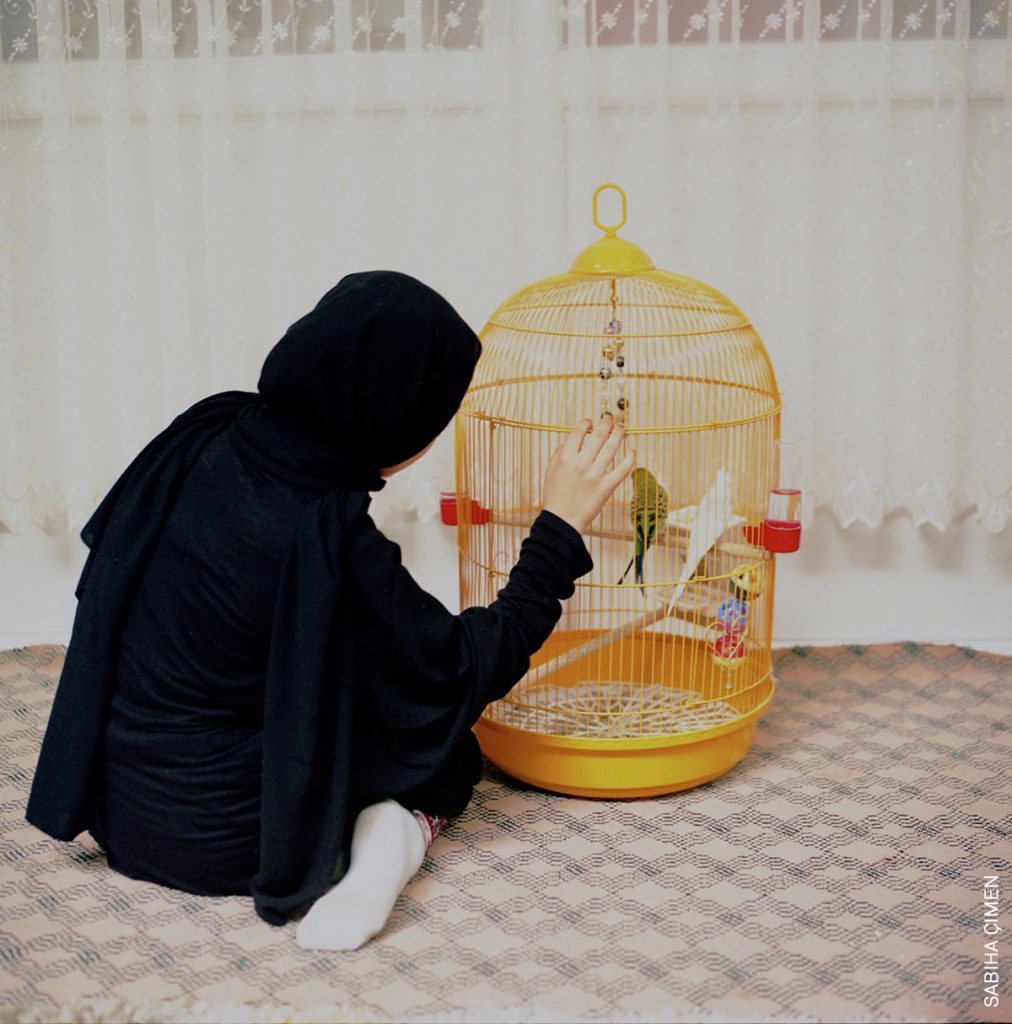 Asya plays with pet birds in her friend Hodja’s room, at a Qur’an school in Rize, Turkey, on 7 July 2018.