Quote of the Week by Deborah Turbeville 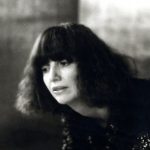 “In my pictures, you never know, that’s the mystery. It’s just a suggestion and you leave it to the audience to put what they want on it. It’s fashion in disguise.” —Deborah Turbeville (1932-2013)

Deborah Lou Turbeville was an American photographer most known for her role in shifting the style of fashion photography from its traditional, well-lit images to a brooding, dreamy style. Growing up she was very involved in theater, dance, and literature. She moved to New York after school initially intending to pursue a career in theater, however she was discovered by fashion designer Claire McCardell and was asked to join her design studio. Through her work, Turbeville later met Diana Vreeland, editor of Harper’s Bazaar at the time, and became an editor at the magazine where she worked with photographers like Richard Avedon, Bob Richardson, and Diane Arbus and started to develop her own style. Over the years, her work was published in numerous publications such as Vogue, The New York Times, W, and The London Sunday Times. Turbeville also published several books of her photographs including Les Amoureuses Du Temps Passé, Nostalgia, Casa No Name, and The Fashion Pictures. Her work is included today in the permanent collections of many institutions around the world, including The Metropolitan Museum of Art in New York, the Victoria & Albert Museum in London, and the Museum of Fine Art in Boston.